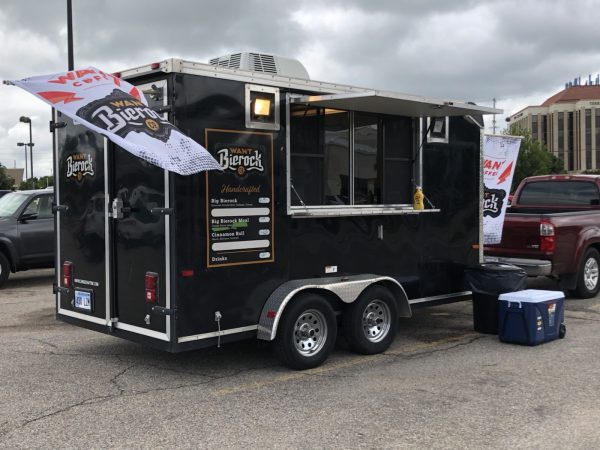 Last year we reviewed Want Coffee and had a great experience there. Between the coffee and bierocks, it was a great time. Since then, the owners opened up a food truck called Want Bierock Company. They were taking their show on the road while also keeping their brick and mortar location.

The menu at the food truck was simple and consisted of just a big bierock, cinnamon rolls, potato salad and chips. We ordered everything but the chips which all did not take long at all.

The bierock was certainly big in size as the name said. The problem we had with it was it seemed to mostly be air inside. If you look at the bierocks from Want Coffee in this review, you’ll notice they were packed pretty tight. While the ones from the food truck were larger from a visual standpoint, once you bit in there was so much space inside. It made for a messy eat as the beef, cabbage and cheese moved around inside the bierock or fell out with ease. The flavor was decent but my girlfriend noted it could have used a little more seasoning and/or cheese. It wasn’t the same experience that I remember from Want Coffee.

I had no complaints with anything else there. The potato salad was satisfying and the cinnamon roll was warm, gooey and definitely brought the cinnamon. 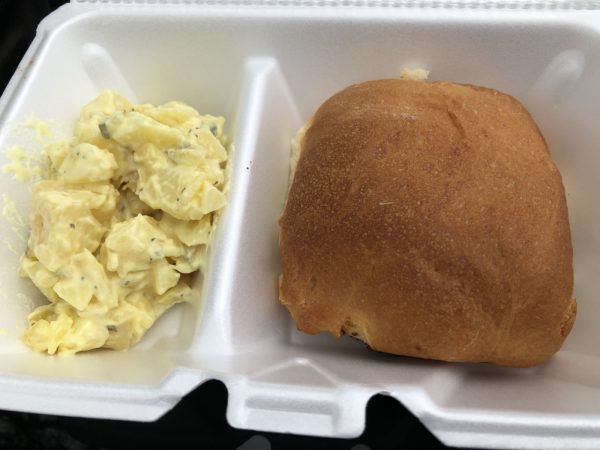 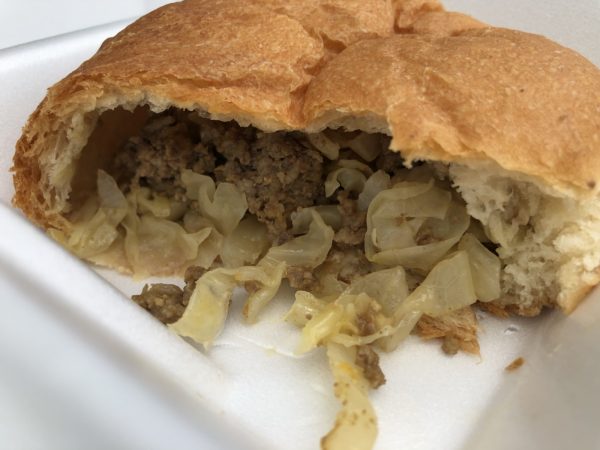 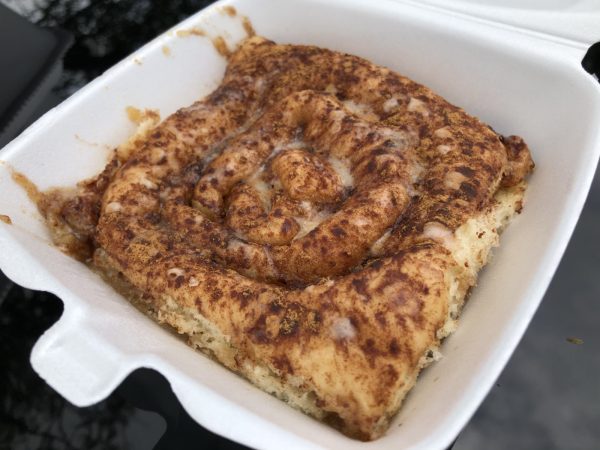 At $7 for the big bierock meal, I was hoping for a bit more and left a little underwhelmed. Perhaps my expectations were really high from my great visit to Want Coffee but the food didn’t seem to justify the price tag. 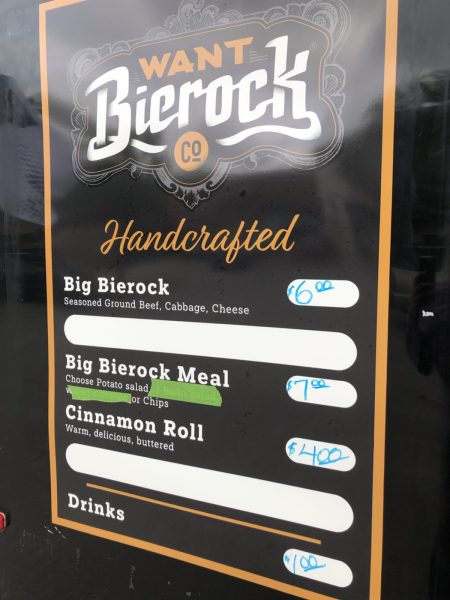 A beautiful culinary adventure with the kids meal at Rancho Nuevo