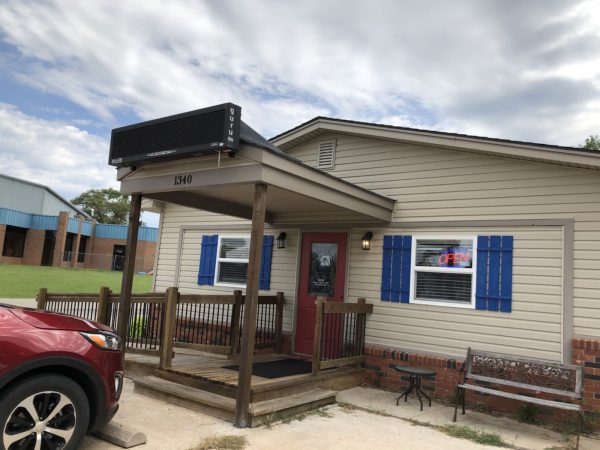 A recommendation I received recently from a reader was a place I didn’t know existed. It’s a little bakery, flower and tea shop called Drury Lane Bakery & Cafe. They’ve been open since 2016 and sit right off of Nelson Drive in Derby, KS. I decided to have a little daddy/daughter date there meaning I ate and she slept.

Inside the quaint charming building was bigger than I imagined. The feel was very reminiscent of The Rusted Rooster in Andover but bigger. There was ample seating along with local knick knacks and goods you could purchase. 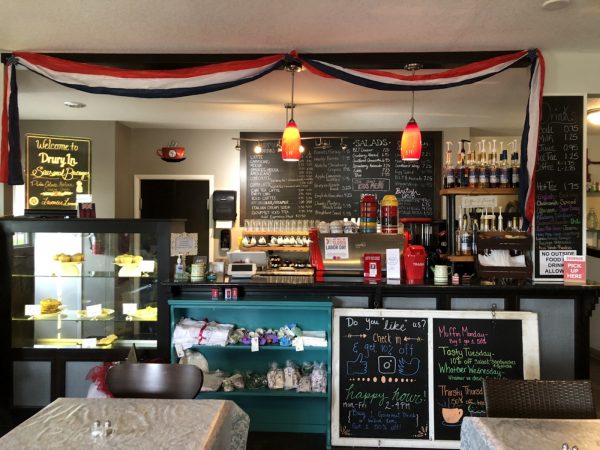 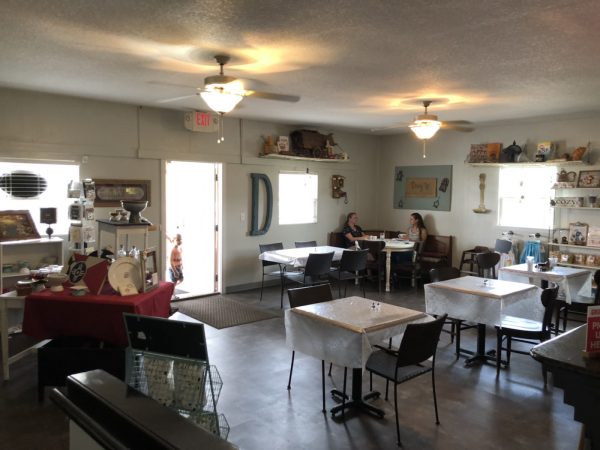 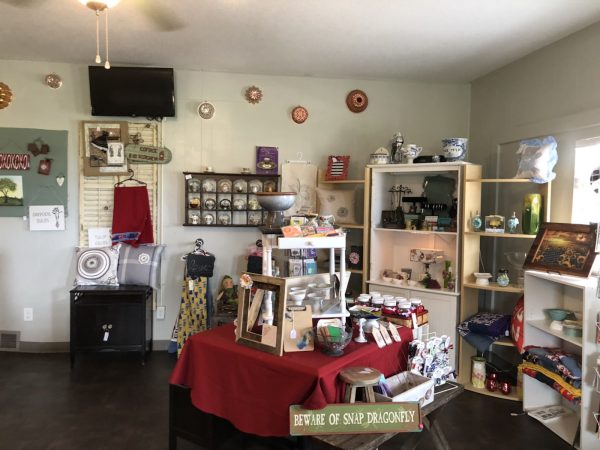 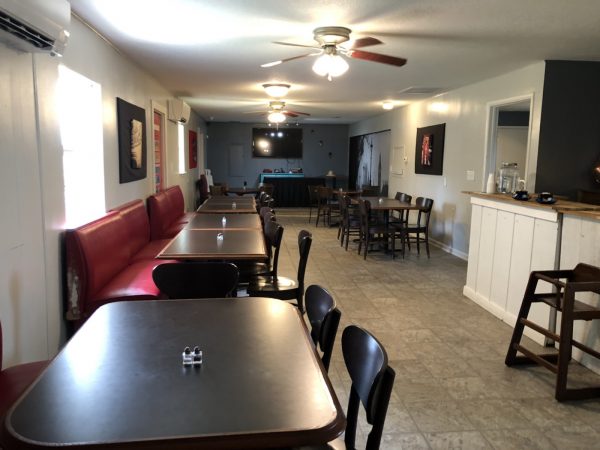 The menu had an assortment of breakfast, lunch, baked goods, teas and more to choose from. I decided to go with breakfast and ordered the Chunky Monkey French Toast and the Nutella and Strawberry Crepes. I also had a S’mores Mocha. Something light would have been nice because it was going to be a very rich and heavy breakfast.

After a while I began to wonder where my order was at. Usually drinks come out pretty quick but that wasn’t the case. I noticed a lady before me had to walk up to the counter asking about her order because she had waited so long. I just sat there and waited with no heads up. My meal finally arrived at the 29 minute mark. It was definitely on the slow end especially compared to other cafes and bakeries I’ve been to.

Fortunately it went uphill once the food arrived. Both the french toast and crepes really hit the spot.

I started off with two pieces of thick French Toast stuffed with bananas, peanut butter and Nutella. It was ooey-gooey but in a not so mushy way. The French toast held it’s texture well but meshed so well with the bananas, peanut butter and Nutella. While the dish looked small, it was extremely heavy and filling yet delicious. I could have ended there but had some crepes I needed to tend do.

On a recent visit to the Easy Egg in Haysville, we did not have the best experience with their crepes. This stop more than made up for it. They came out looking like little burritos but were so soft and fluffy with plenty of strawberries and Nutella mixed in. They weren’t shaped like some of the traditional crepes I’ve had in the past but I’m not one to be stuck on appearances all the time. As long as they were good, that’s what mattered most. And at Drury Lane, they were. I was only able to get two of them down as I was sooooo incredibly full. 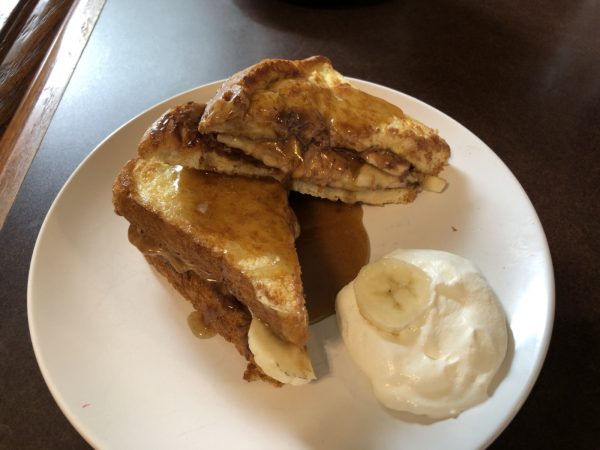 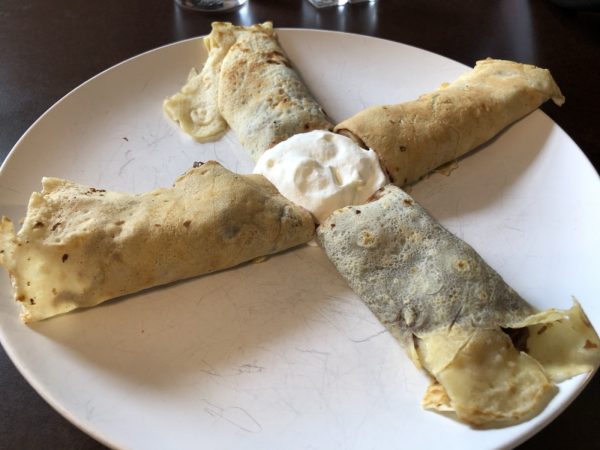 My daughter just slept the whole time so she didn’t have much input for this visit.

From the ambiance and the food, it was a fantastic visit. Only big issue was the long wait time which could be a deterrent for those wanting a quick meal. Would I go there again though? Yes. 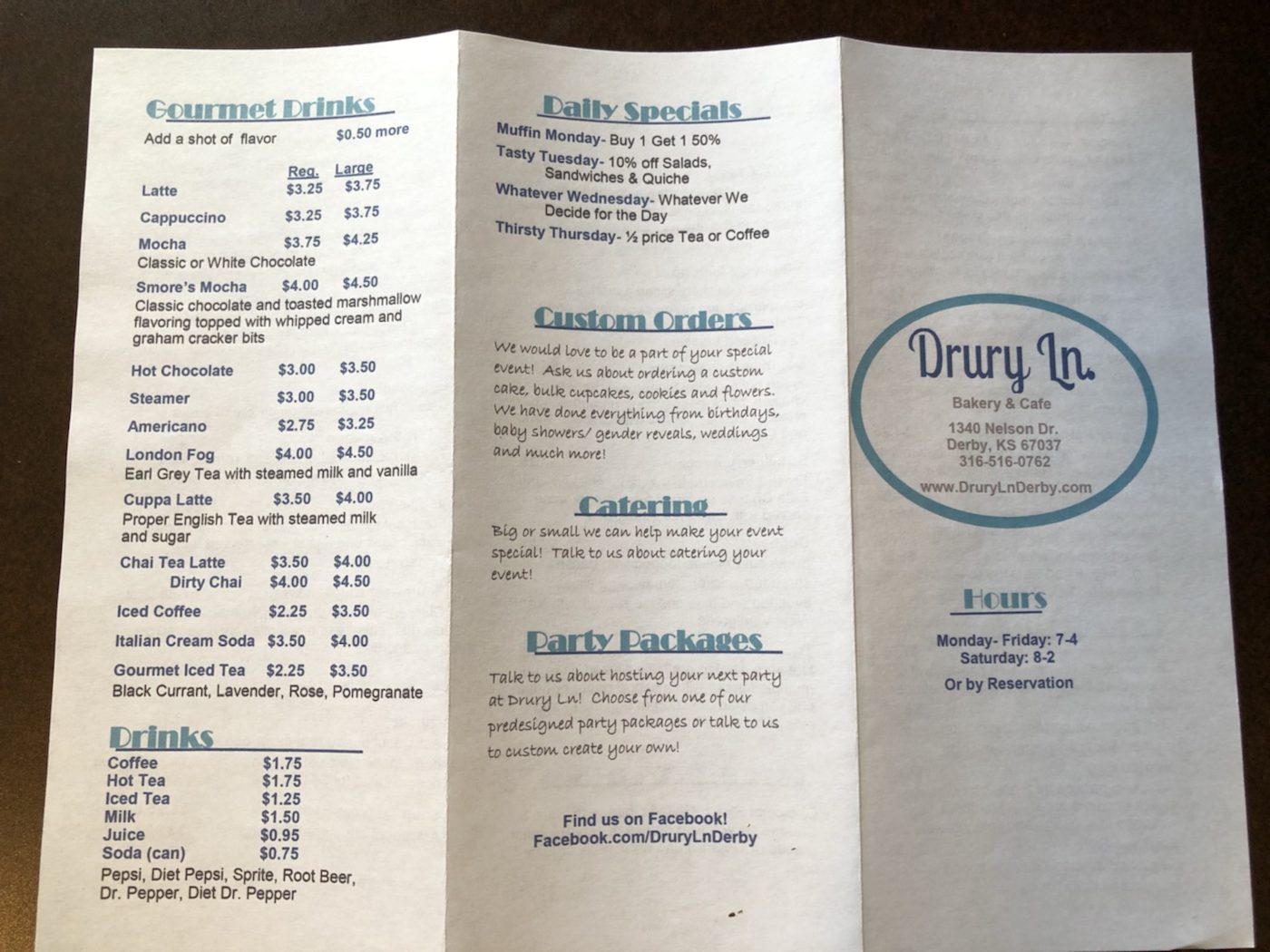 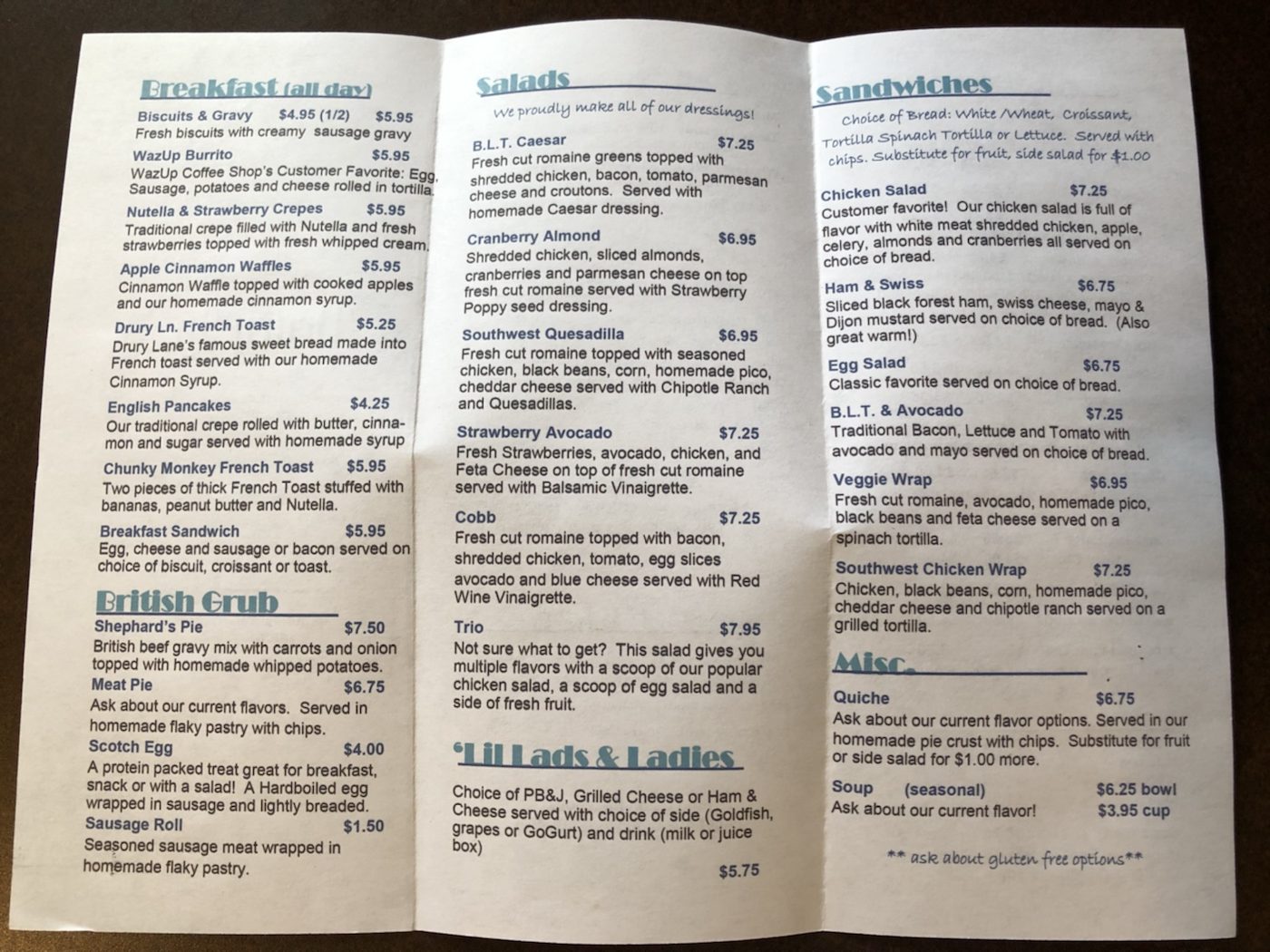