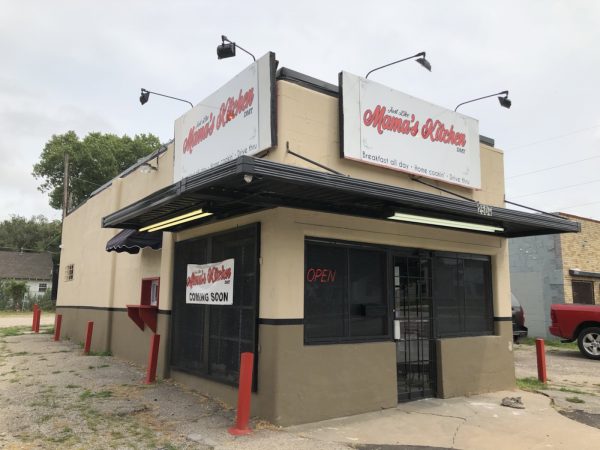 A new soul food restaurant opened this week near 9th and Grove. They had a soft-opening today so we stopped by to check out the new place that serves chicken, wings, catfish, porkchops, sandwiches, burgers, and all-day breakfast.

The place is pretty small inside with just a few tables. For the soft-opening they were only taking cash but I was told they’ll soon be taking card, hopefully by next week. 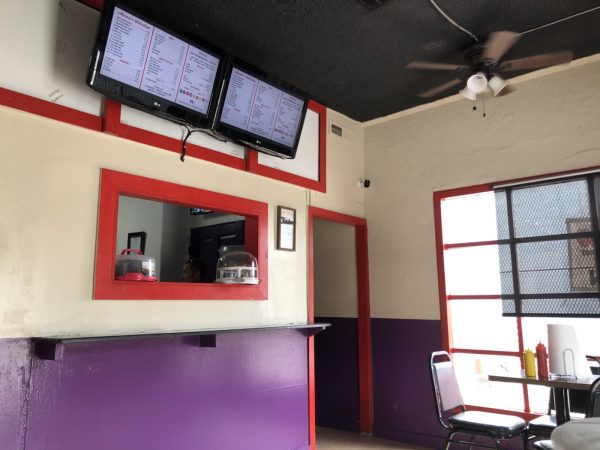 My brother and I swung by over lunch and luckily just beat the lunch crowd as it started to get a little busy after we arrived.

Since my brother had never had fried ribs before, he went with their 5-piece with an order of fries. I decided to go with the catfish and collard greens. With it being their first day, there was certainly some slowness which hopefully can be corrected as time goes on. Knowing this, all was forgiven and we brushed that aside when our food arrived.

For $8.99, my brother received a stuffed container of five fried ribs, fries and a drink. For that alone, he was quite impressed with the value. You certainly won’t leave hungry from there. Every rib was very meaty which he liked. His only setback was how salty and overly seasoned it was. Despite all of that, he still very much enjoyed the ribs noting how flavorful and filling they were. As for the fries, he said they weren’t anything special but it didn’t take away from his meal experience.

My catfish was similar in that it was slightly on the salty side but still good. Since all the food was cooked to order, it was piping hot. It was prepared just how I prefer catfish with the light thin breading with some seasoning on it….a little less seasoning would have been perfect. This was also one of those times where I actually loved my side more than the dish. The collard greens were excellent. They were mellow and were non-existent of the bitterness found in some collard greens I’ve had. They had a nice density to them so they weren’t mushy or overly chewy. Seriously some of the best I’ve had at a restaurant in town. I believe it was a 75-cent up-charge to go from the fries that came with my meal to the collard greens; well worth it. 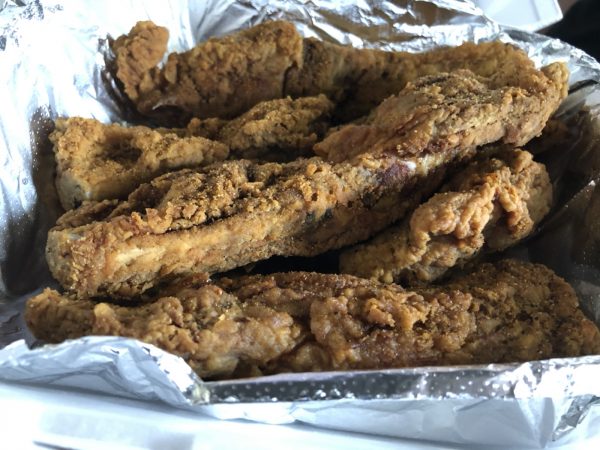 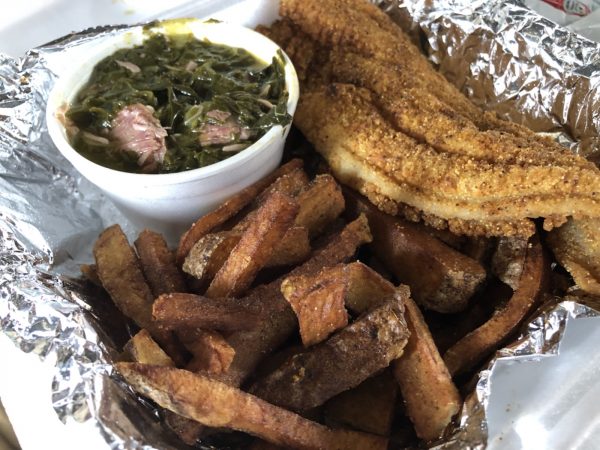 The guys in the back were all nice and helpful. They probably had a lot going on with the soft-opening but none of that showed with how they spoke with customers.

Let’s also address the elephant in the room: location. I see places like Kelly’s Family Diner get nixed by diners because they are on south Broadway. It’s frustrating because personally, I don’t give two shits as to where a restaurant is located. Not every place can afford to house their business in New Market or Bradley Fair. How many times have you heard in the news of someone getting robbed or kidnapped in a restaurant parking lot versus a mall or Target lot? If a restaurant opens up, I’ll give them a chance regardless of where they’re at. If it’s good food, I’ll go back. Ninth and Grove may not have the best reputation in the city of Wichita but if it provides comfort, Just Like Mama’s Kitchen has cameras all around the building and inside. I’d certainly go back. 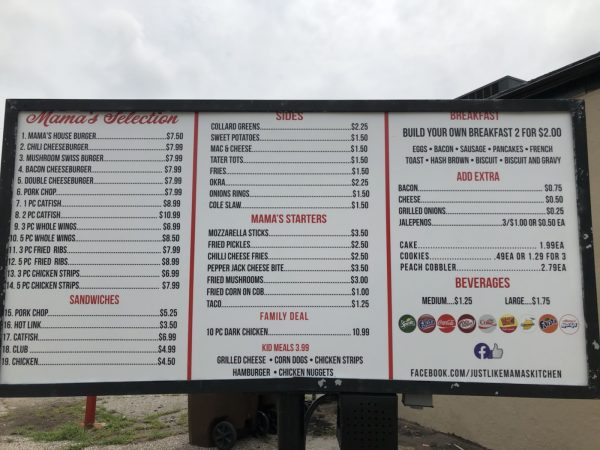