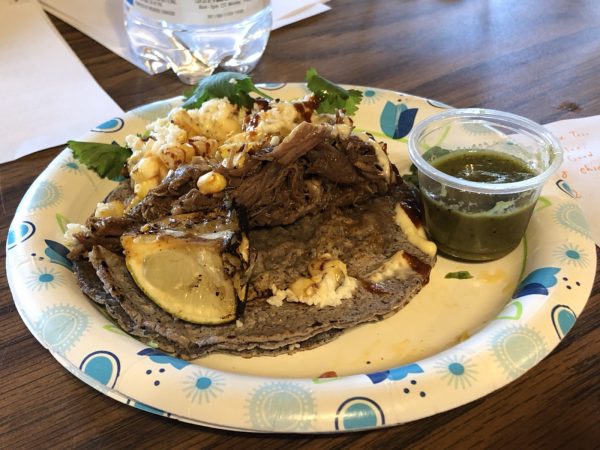 News got out that Carlos Vera and his partners at Wichita Local Eats were going to open a new restaurant called Taco Locale inside the shipping container mall, Revolutsia. They plan on opening later this month but before that, they had something else to handle:

I was part of the blind judging at Wichita Taco Fest this year along with Miranda Dawn and Denise Neil. We were brought out 19 different tacos to try along with various salsas. I tried to take a picture of all the tacos we had but I guess I must have forgotten two of them.

Towards the end, we all looked back and saw that Denise and I had the fifth taco we tried as our favorite. Miranda said it was her second favorite. Once we turned in our ballots, we were able to find out who the fifth taco was. It ended up being the Wichita Local Eats crew who would go on to win Wichita Taco Fest. 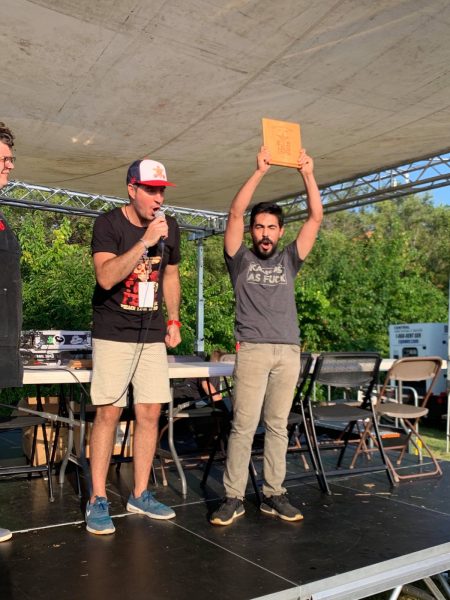 It shouldn’t be a shock to me. I’ve swung by his little pop-up at Pinole Blue and loved his stuff.

I took separate notes throughout the judging. Afterwards, I was given a list of what taco was which vendor. My second favorite taco ended up being Mo’s Hut. Other favorites included Los Compadres and a vendor I had never heard of called Johnny Joe’s.

Since I had a prior engagement to attend, I had to leave the event right after judging. I wasn’t able to make my way around the Field of Tacos and see how the lines were or chat with anybody there. While walking back, it did look extremely busy. Personally I liked how it was at Cowtown. It brought the venue many new visitors who probably have never been there or it was their first time back in probably a decade.

Did you go? What did you think of the event? Let me know in the comments below.

To nominate your restaurant, event or business to be considered for a review, please email us with your information. We are always open to suggestions.

A new Mexican restaurant is opening in northwest Wichita this week

What’s the latest on the west side Torchy’s Tacos?