If it’s one thing I want to pass on to any of the kids whether it’s my family or a sibling’s family or whoever, it’s ‘Get out of the house and do something’. I’ve been a huge advocate long before my child. I would constantly get my brother or cousin’s kids to explore the fun in our community. A huge tradition my brother and sister-in-law turned me onto in recent years was the Kansas State Fair. In recent years, I’ve made it a point to go multiple times during the fair.

The Food
Obviously a majority of the readers come here strictly for food so let’s cover that first. We visited a lot of the new arrivals this year along with some old favorites. One thing new was dole whip but on our visit, they had an Out of Order sign up. 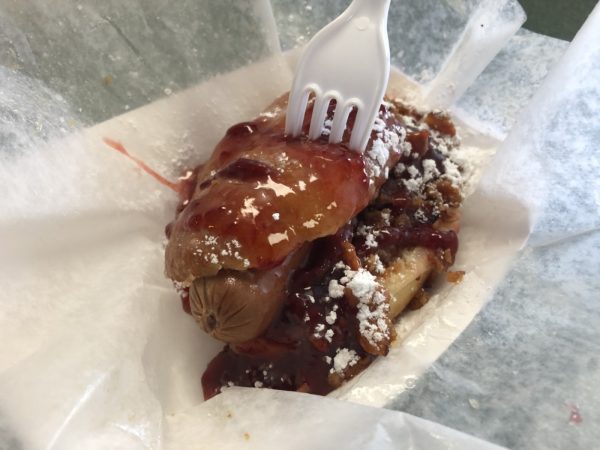 Krispy Kreme Hot Dog
I’m telling everybody, do NOT sleep on this. Found at the Carousel Cafe, it’s a jelly-filled Krispy Kreme hotdog topped with more jelly and bacon. Of all the new items we tried, this was the group’s favorite (and we had this twice). It’s not as gross as it sounds….. actually it’s no where near as gross as it may sound. 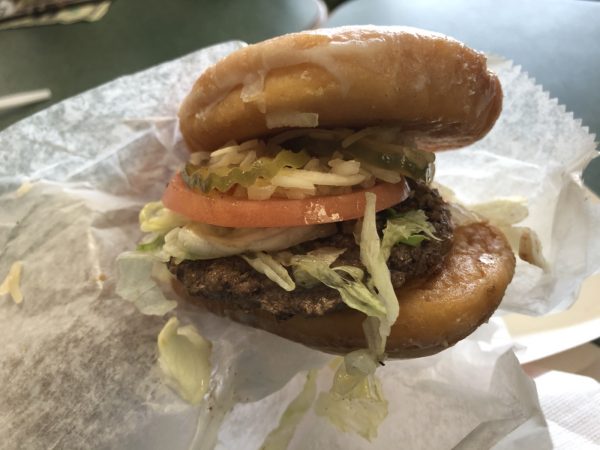 Honey Bun Hamburger
This was a burger with two honeybuns as the burger bun (also found at the Carousel Cafe). In all honesty, it tasted just like a regular hamburger with sweeter buns. 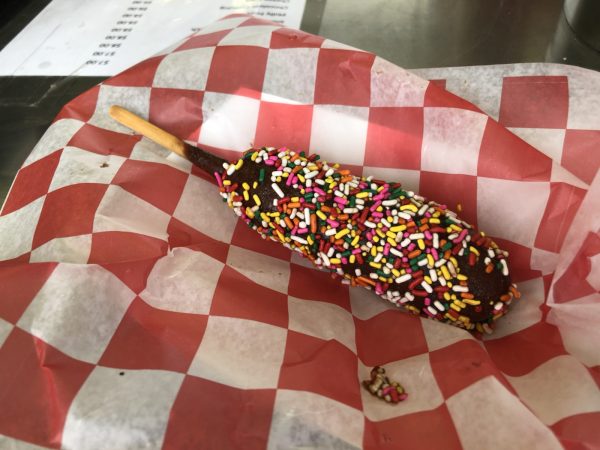 Chocolate Covered Corn Dog
Found at the Hot Rod Grill, it had mixed reviews from our group. One person said she could barely taste the chocolate while the other said that’s all she could really taste. The jury was still out on this for me. I’m not even sure what to make of it after finishing it off. 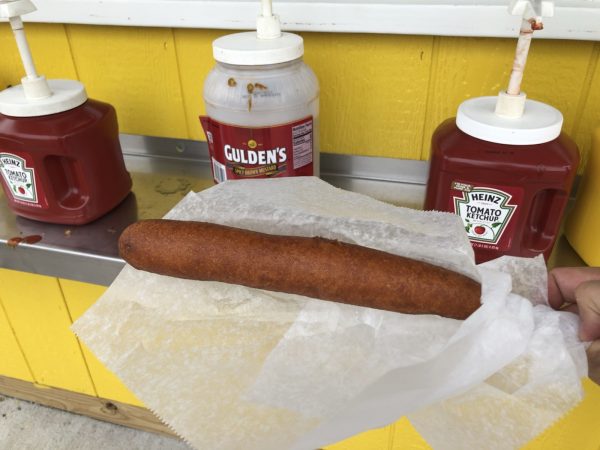 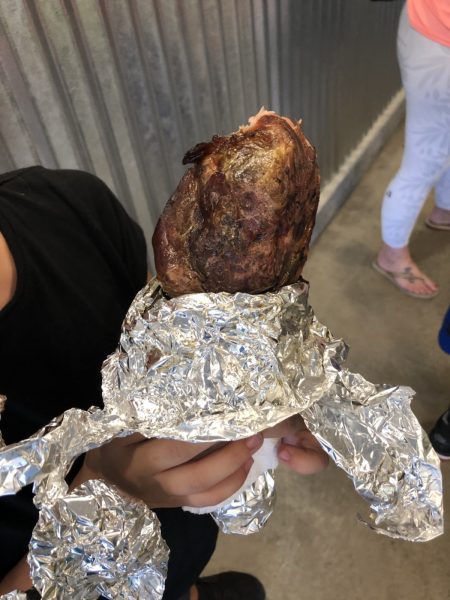 Turkey Legs
One of the kids was clamoring for a turkey leg because what fair experience is real without one? 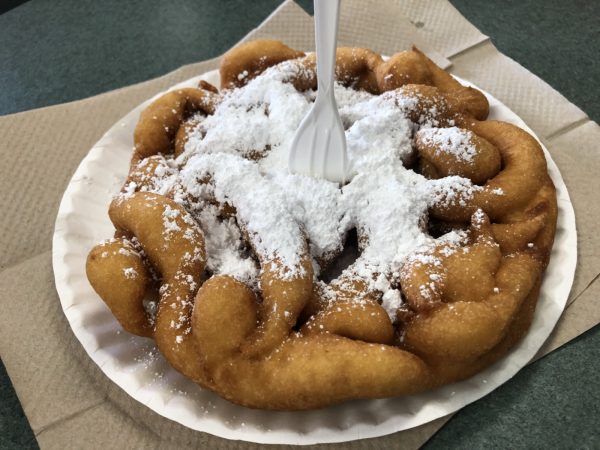 Funnel Cake
Always the trusty standby for any fair visit. 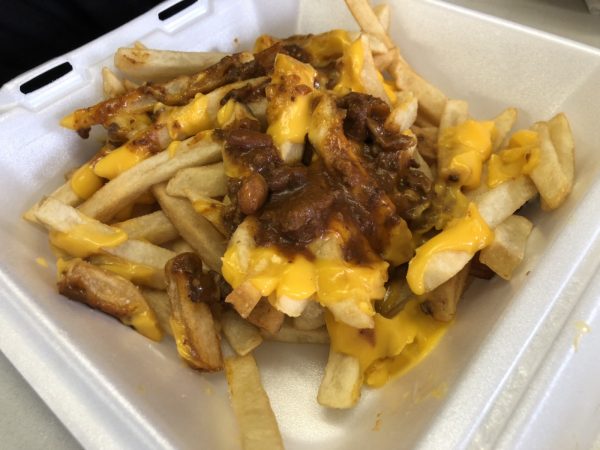 Cheese Fries
Some of the kids were craving cheese fries and of course there were zero disagreements. 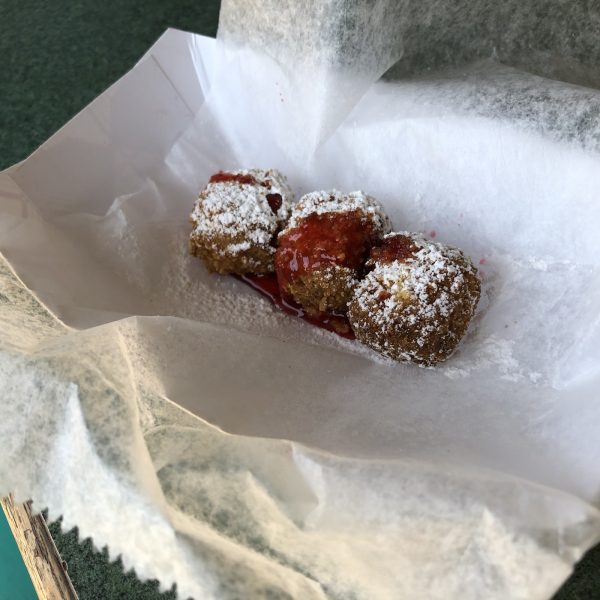 Fried Cheesecake
There are always concerns whether fried items of basic foods resemble the original. Well the fried cheesecake really does taste like cheesecake just with a batter around them. 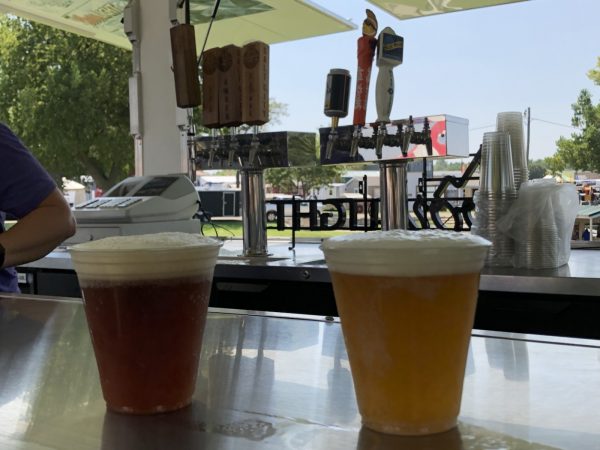 ….and if you need some beer to quench your thirst, Salt City Brewing out of Hutchinson, KS has a big trailer set up with all the beer you could want including the official State Fair Beer.

Midway Rides
This was a big focus for us this year as many family members were on hand for this. A ton of rides were available and the kids made good use of trying all the major ones they wanted. 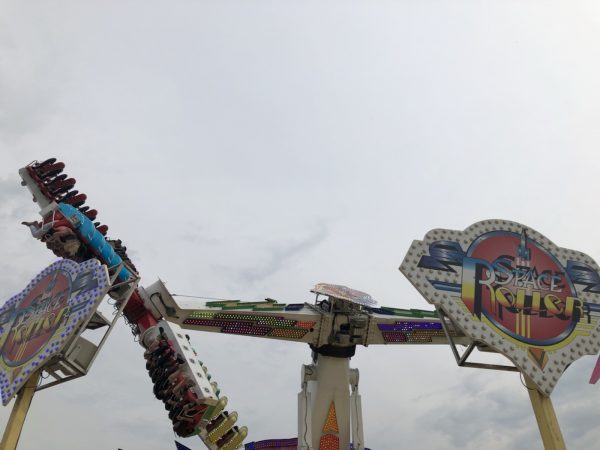 If you’re a thrill seeker, you have to try Space Roller. There’s a clip of it in the video below and it’s super intense! Aside from that, much of the afternoon was spent at the midway getting as dizzy as possible.

The Animals
Who doesn’t love animals? Whether it’s petting, riding, or simply looking at the animals, an entire day can be devoted to this. 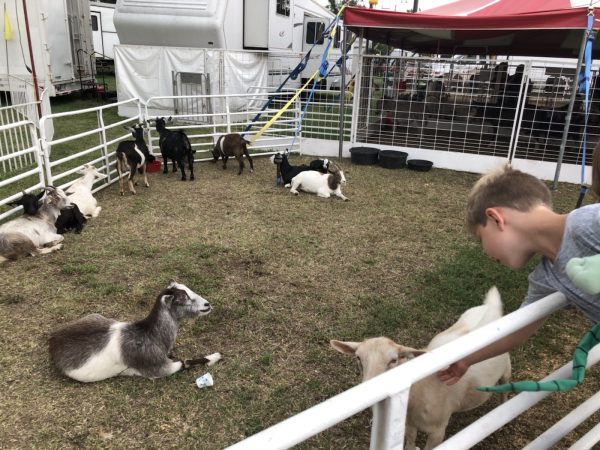 Cosmo Universal Art
I’ve talked about this guy before and he’s also included in the clip below. Check Cosmo Universal out on YouTube. He’s at the fair every year. I call him Hip Hop Bob Ross. He’s amazing and mesmerizing. 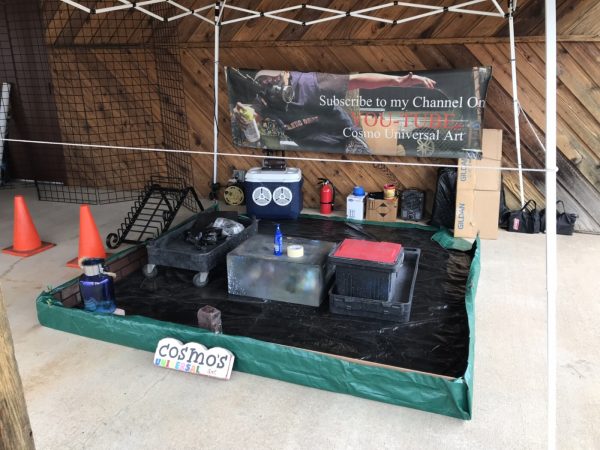 The Games
If you’ve been following me for some time, you’ll know I stick mostly to two games: Bowler Roller and basketball. Bowler Roller cost a quarter to play. If you can get the bowling ball to land on the other side of the hill within the game, you win a prize. That’s it! This too is included in the YouTube video. As for basketball, you shoot a free throw in a mis-shaped hoop. Nearly each day I go to the fair, I go to each one and win a big stuffed animal for one of the kids. I’m a former intramural free throw champion so let me give you a protip: Shoot the free throw with a really high arc. 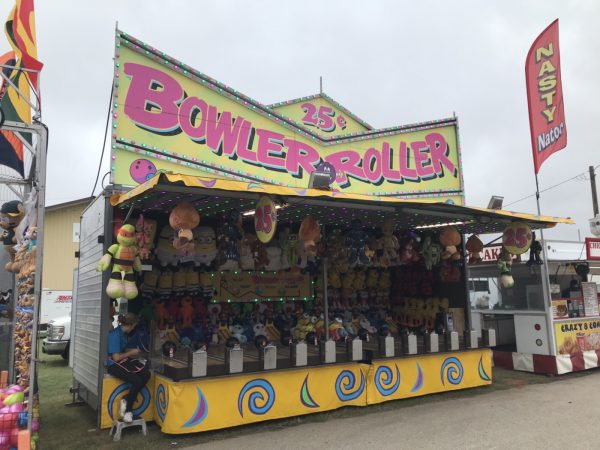 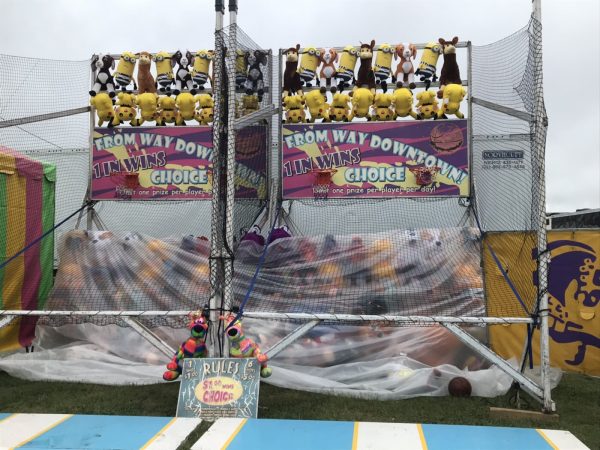 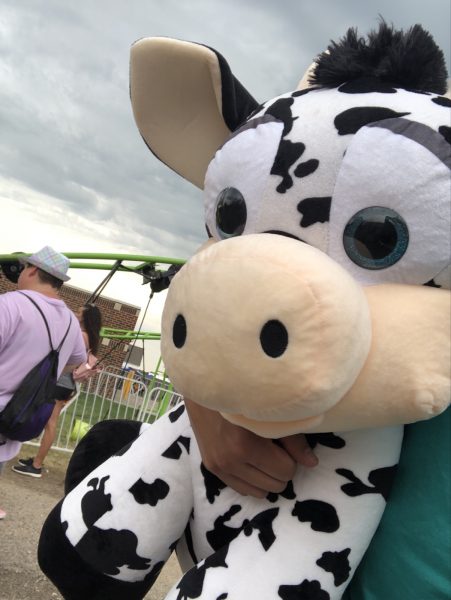 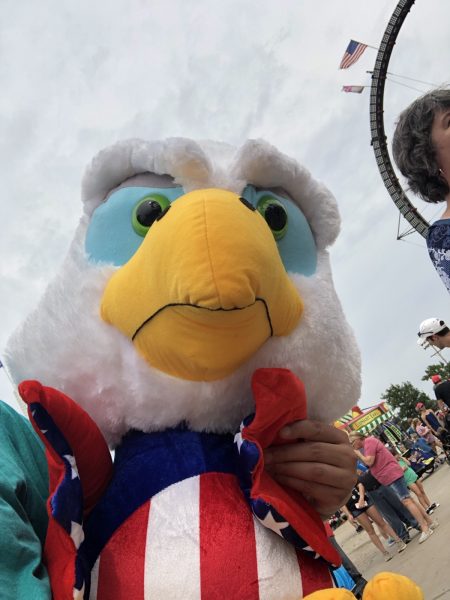 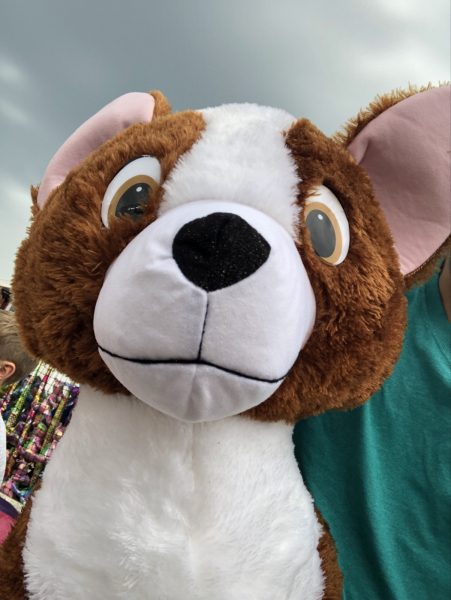 There are plenty of other things we enjoyed as well like walking by and seeing all the vendors selling jams, jerky, shoes, books, and all sorts of other fun items. There are random different shows as well that take place. You’ll have to check the calendar of events for that. Regardless you have a few days left to check out the fair and I encourage everybody to check it out.

Honestly there’s something out there for everybody. There’s so much more than what I talked about. I’ll be returning back to the fair and hope to get a bigger glimpse of what else you can expect. You have until the 16th to check it out!

Until then, watch the video below and be sure to subscribe to our slowly growing, immensely amateurish YouTube channel.

For more information on the fair, head to the Kansas State Fair website.

Want Wichita By E.B. to attend your event? If it’s something you think is family friendly or just fun in general, shoot us an email!