A lady was asking for an affordable dinner for her 8th wedding anniversary. It was a simple request and nothing out of the ordinary. Questions like these are common but for this one instance, there was a different outcome. 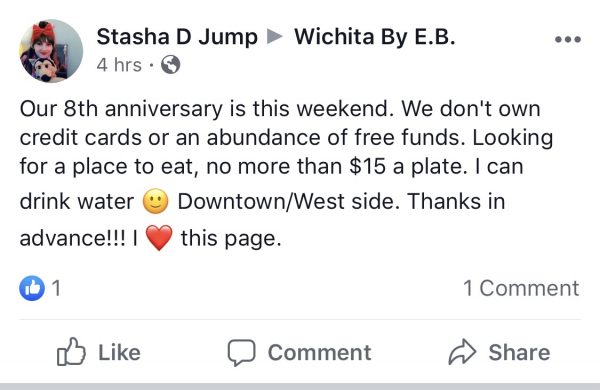 A stranger saw the post on the wall and reached out to me. Seeing that she was concerned about a budget, the person wanted to change that. I was asked to reach out to them and see where she would like to go for her anniversary, anywhere in town. Once I found out, the stranger wanted to take care of the entire dinner. No credit was needed, the feeling was it was an anniversary and something that should be celebrated. They wanted to stay completely anonymous.

I reached out to the original poster and found out her husband loved Italian food and the idea of DeFazio’s came up. It was actually a place the husband’s mother used to take him to when he was younger. After some discussion, we settled on DeFazio’s.

I then reached out back to the good samaritan, or as I call it Food Samaritan. That person then contacted DeFazio’s to make sure something could be set up. The plan was then for the couple to show up for dinner at a set time and the stranger would show up, discreetly pay for it and leave.

Boom. It was set up.

Stasha and her husband had spinach and artichoke dip, Italian salad, cheese manicotti,
chicken piccata, garlic bread and tea. She would later reveal an accident caused her family to be more conscious about things which was the reason for the original dinner request.

They loved every second of it and the Food Samaritan stopped by discreetly as they said they would. Stasha and her husband were extremely grateful for everything.

Just a cool feel good story to share and a beautiful community we have entirely built around food. 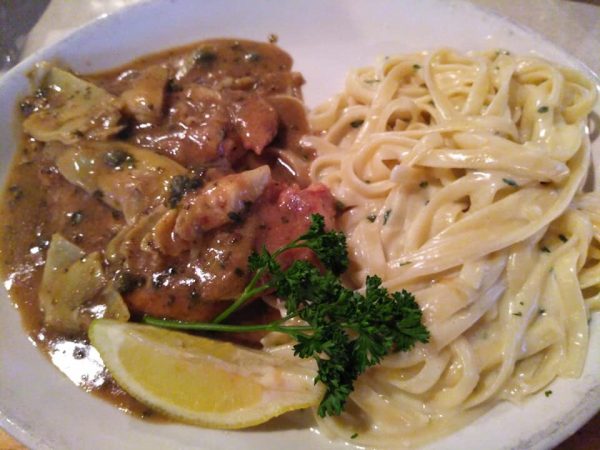 Have some news to share with the community? Email us for consideration.