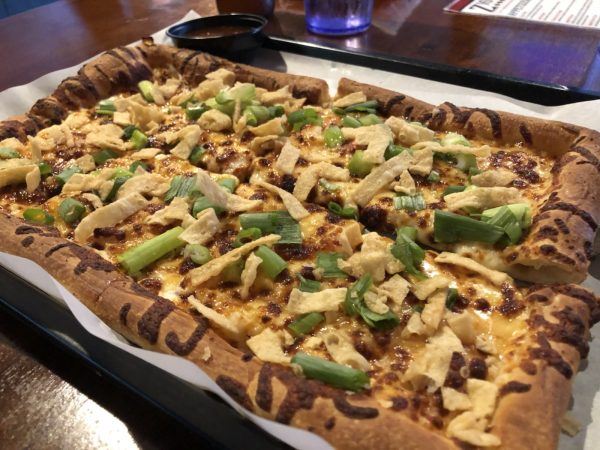 It’s been a while since we’ve last stopped by Ziggy’s. Every now and then they have put out a feature pizza which is a specialty creation that goes on for a month. My girlfriend got whim of the latest one and made the push to go so like any good man, I obliged despite my hesitations.

To start this off, I am not a fan of crab rangoon. I’ve just never really liked it throughout life. Even with my dear aunt making it all the time, I still passed on the crab rangoon and went towards the eggrolls. But considering I’ve put my girlfriend through such food torture like eating grasshoppers, this was the least I could do.

So I’m not going to lie, I was dreading going into this. My expectations were low but there’s a reason you should always give everything a fair shot.

Surprisingly I really enjoyed this pizza as did my girlfriend. Probably the big reason I don’t like crab rangoon is because of the cream cheese. This pizza did a great job of not having it stand out so much. It came with a side of sweet Thai chili sauce which if used did a great job of toning it down. No one topping really outshined the other, it was all complimentary and balanced. My girlfriend ate it both ways, with and without the sauce and liked either option. I actually asked for an extra side of the sauce and ended up drowning my pizza in it. I’m such a sucker for condiments.

What ended up as a dreadful stop appeared to be a delightful dinner. See people, that’s why you should keep your mind open to new foods even if it doesn’t sound appealing to you.

The pizza runs $13.99 and was well worth it as we finished the pizza between the both of us. 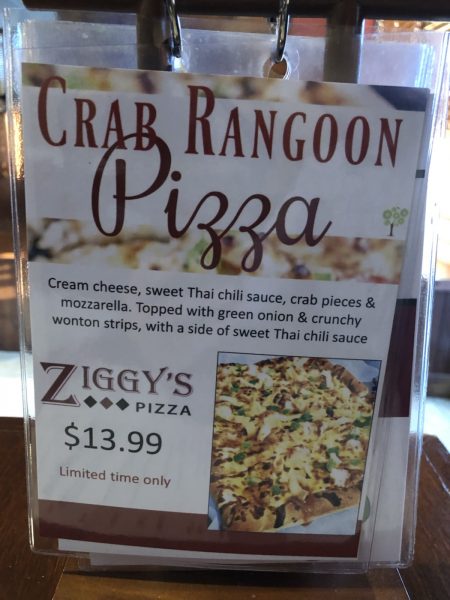 Check this one out for sure while you can as this ends September 30. 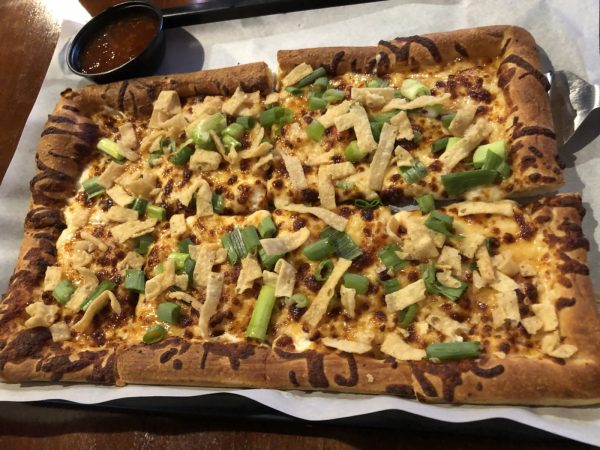