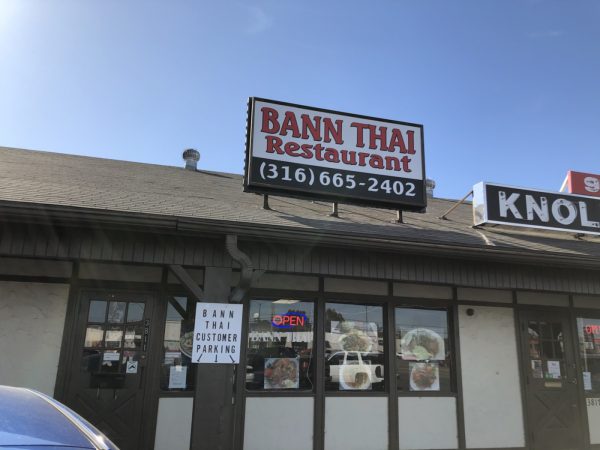 Bann Thai has been in Wichita for a long time. They used to be located out east near 21st & Woodlawn but moved to 3811 W 13th Street. I used to frequent their east side location but never made it out to the new spot. I decided to swing up there and check out their new digs and eat some lunch.

Something new I don’t recall was receiving a free complimentary soup upon ordering. I asked what it was exactly and all the server replied was “it’s like a porridge”. Regardless it was very light and basic but a good palate cleanser. 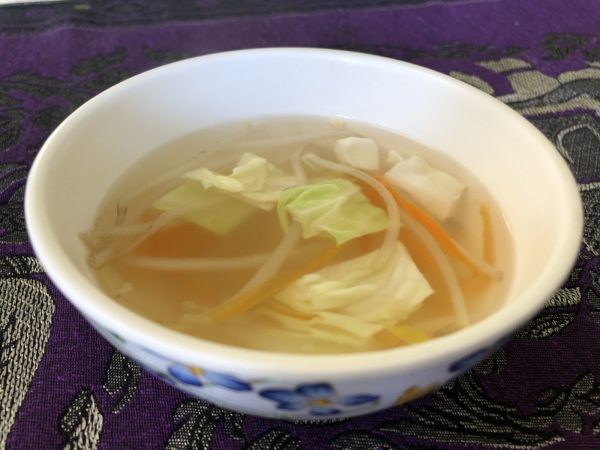 After that, I started off with a bowl of Tom Kha Gai at the recommendation of my server. It’s creamy tasting chicken in coconut milk, seasoned with lemon grass, mushrooms, galangal and lime juice.

Guys if it’s one area Bann Thai excels at it’s their soups. I have ALWAYS loved their Tom Yum Gai and Tom Yum Goong soups but this one probably topped it. Hell it may be my favorite Thai soup I’ve ever had. It was creamy and so flavorful. Every bite was a big burst of deliciousness that hit all of your senses. I ordered it mild because I wanted to savor every bite. This is a MUST TRY! 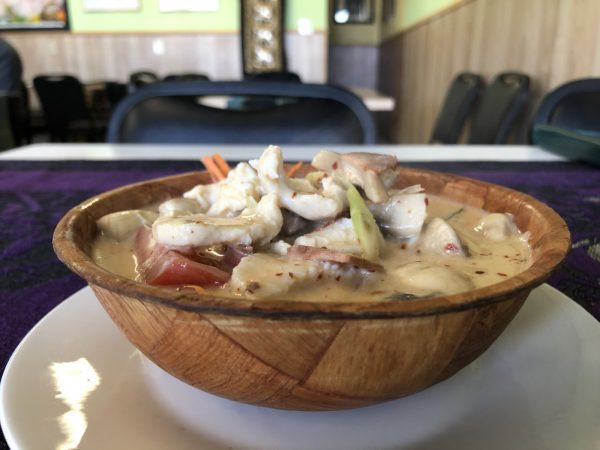 Going back to the mild, Bann Thai offers varying levels of spiciness…. at least six I can recall. If you order the Thai Hot, just prepare yourself for possible misery even if you have a really good tolerance for spice.

So with that, I ordered my next meal as Mild To Medium which is their middle tier. The dish was Pad See Ew which consisted of fried noodles with pork, egg, broccoli and house sauce.

The dish wasn’t as sweet or sour as I recall Pad See Ew being. It was certainly more tame in that regard. You could definitely smell the burn of the pan in the dish which I didn’t mind at all. BUT…… I had a major issue finishing it. No later than five or six bites into the meal, one of the little seeds from the peppers I swallowed went down the wrong pipe and I was an embarrassing mess! I was coughing up a storm. Needless to say it put me out of commission and I actually have the meal in my fridge for lunch. From what I had the meal was delicious but I was on the struggle bus for sure after that mishap. 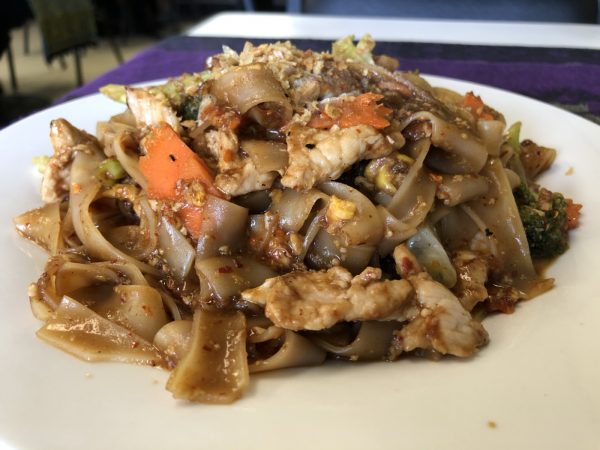 From a service perspective, the food came out fast. There was just one server in the restaurant that day and she was working her tail off so be aware it could be a little slower if it’s really busy in there. Otherwise, I enjoyed it and had no complaints.

After snapping the pictures, I guess the owner was inquiring why I was taking pictures of the menu. It always makes it so awkward of a moment when they are asking because I will never say, “Oh I’m here to blog about your place and will be taking all these pictures”. Anyway, here’s their menu: 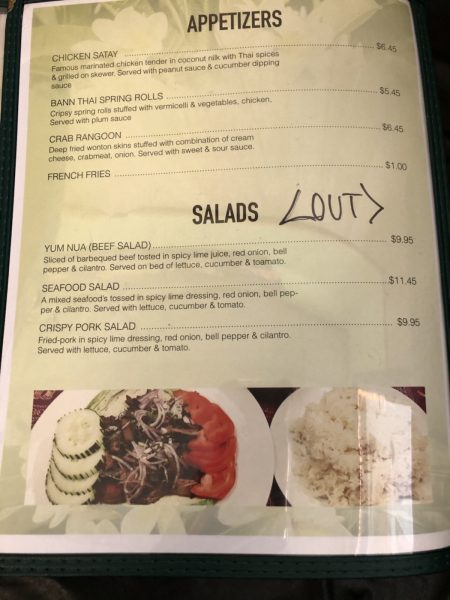 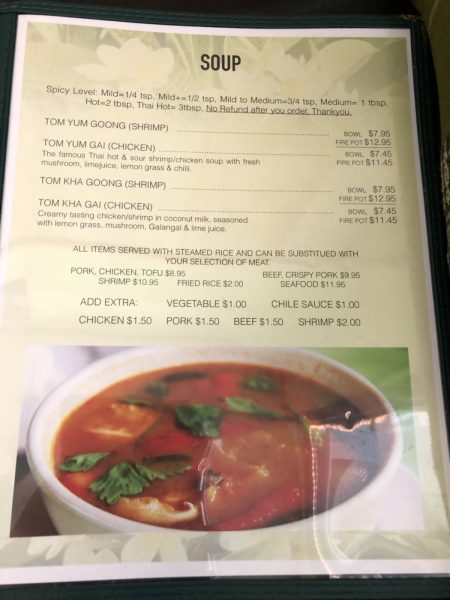 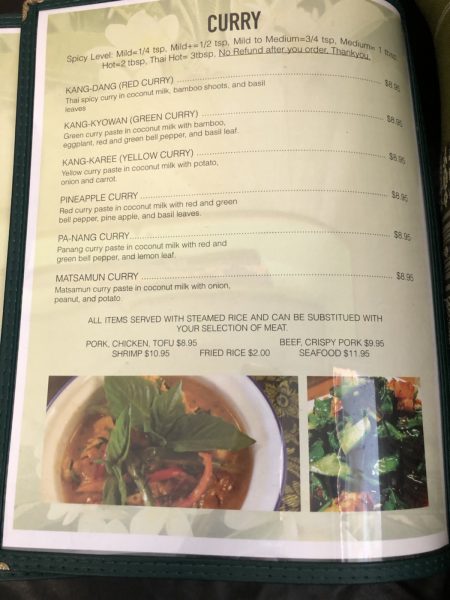 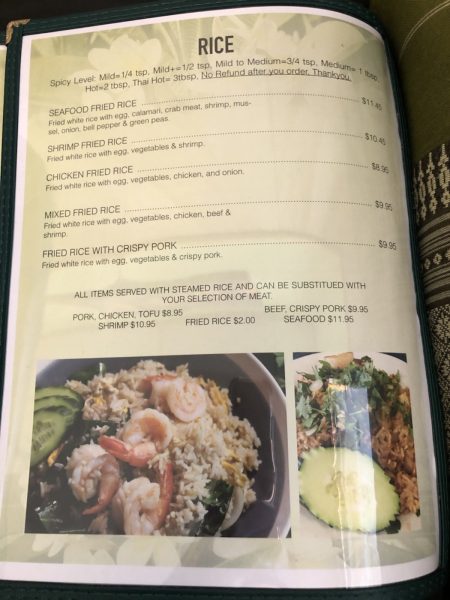 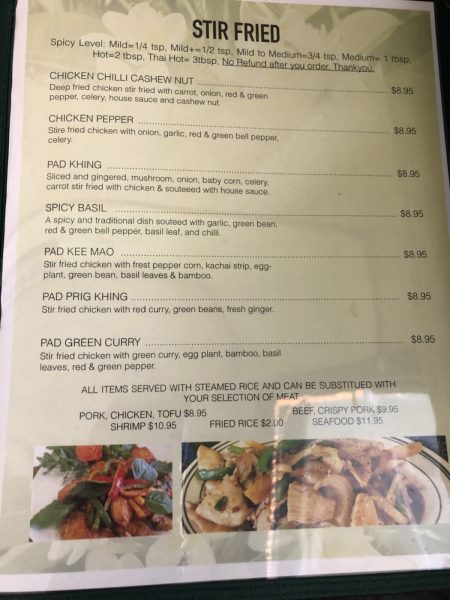 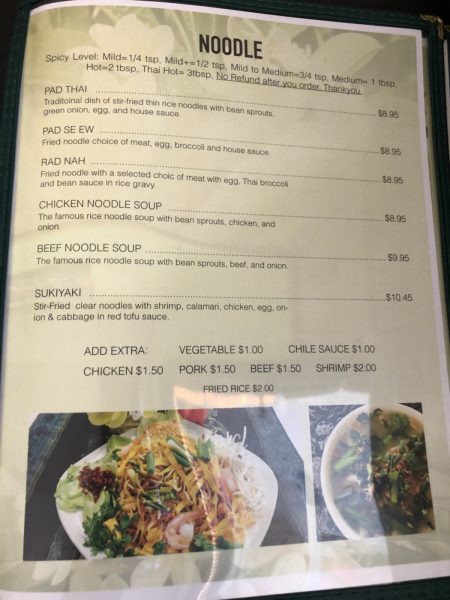 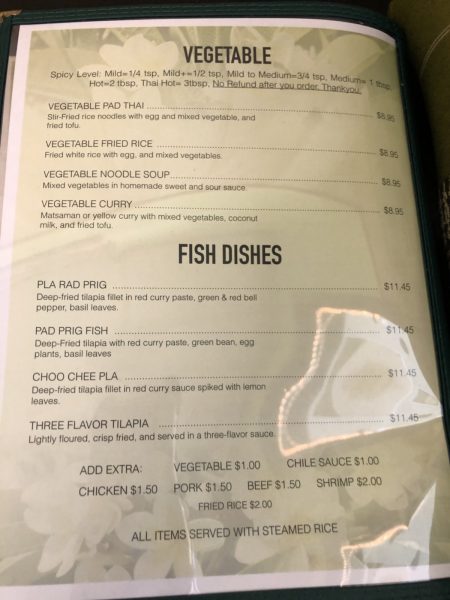 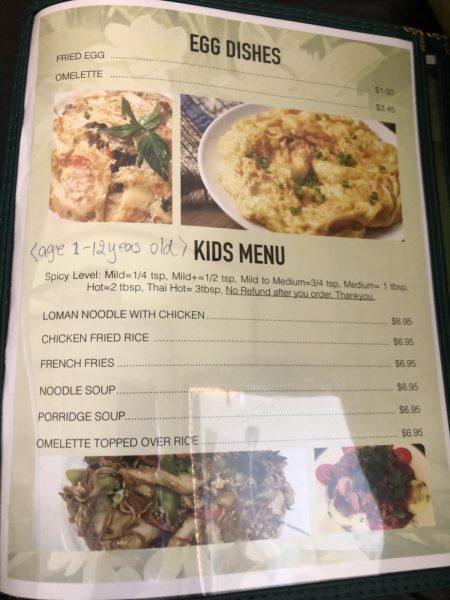 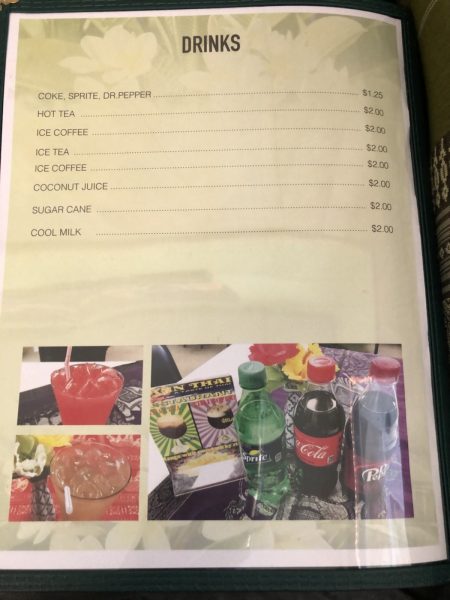