Since June, Tuong Huynh has been running a home business called Xing Xing selling eggrolls and fried rice among other dishes. Up until last month she was selling around 1,000 eggrolls a week. Business has been picking up to the point she is hitting almost 1,000 eggrolls in a single day.

I had plans to go to a family function and we were supposed to bring food. I had the idea of contacting her to purchase some because I had better things to do than cook. And besides, who doesn’t love eggrolls and fried rice?

My order consisted of a dozen eggrolls and two orders of fried rice. For those wondering, one order of fried rice is about the equivalent of your standard carryout container.

When I arrived at the family function, I was met with bright eyes and hungry stomachs. Xing Xing’s eggrolls are Vietnamese style meaning they are thin fresh paper wrappers and thinner in nature. Most people are accustomed to the Chinese style eggrolls with are thick, filled with tons of cabbage and have a heavy exterior. These Vietnamese eggrolls were so much better and exactly what I was raised on. It reminded me of my childhood. The eggrolls were filled with pork, carrots, taro and onion. They were by no means really greasy. Each eggroll was thin, easy to consume and delicious. They were gone soon leaving me to regret not getting more. The sweet chili sauce was also homemade.

The kids were the ones who ate most of the fried rice and went through both containers as if they were going out of style. Some of the kids really like Panda Express fried rice so it was nice to introduce them to something a little different.

Needless to say everybody loved it and was really positive about everything. So purchasing food for a potluck essentially was a better idea for me than cooking something myself. 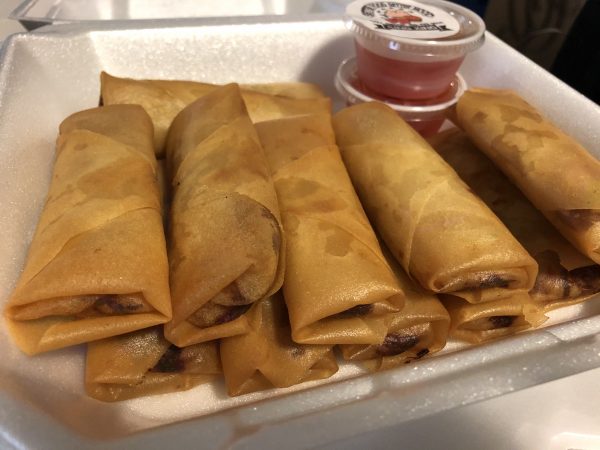 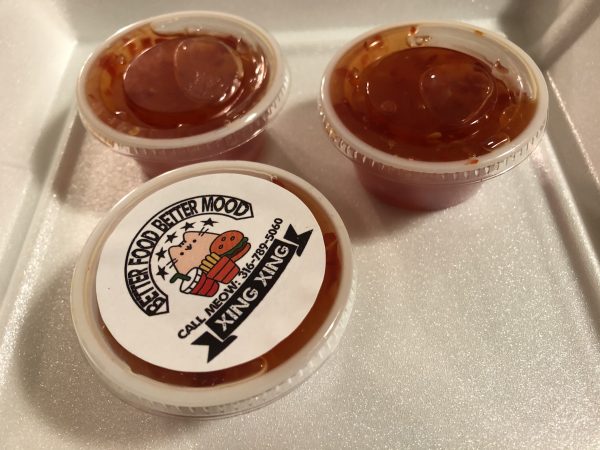 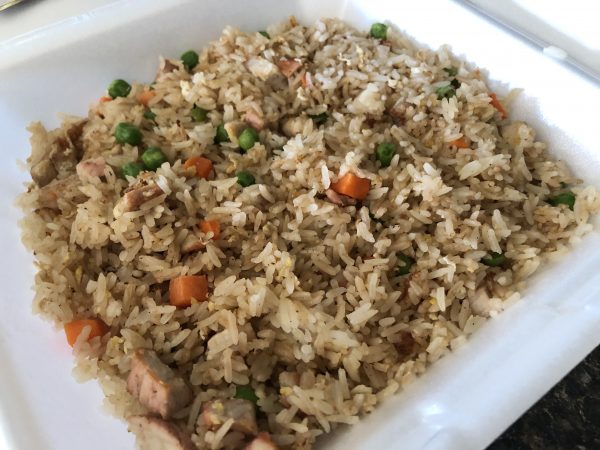 Then it got better. In my history of blogging for the past 8+ years, I can count on one hand the amount of times I tried a place for my first time and went back again the very next day.

The family function was Saturday and on Sunday evening I just had to have them again. On the second go around, I had two dozen eggrolls and two orders of fried rice. 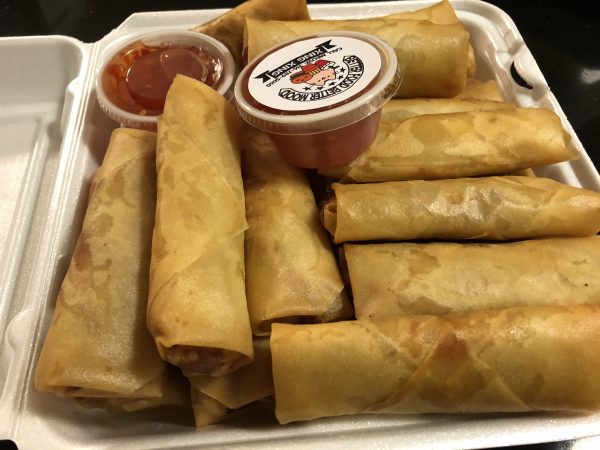 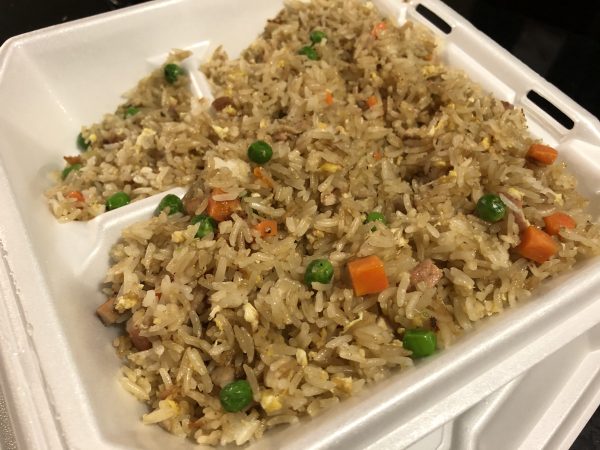 I met Tuong Huynh and her grandmother because I had to pick up the food. They were both extremely nice. She told me she had plans to hopefully open a restaurant before the end of the year. She’s been working her butt off to sell as much food as possible to get the next step of her plan in motion.

The food was fantastic. Growing up my aunt would make eggrolls and fried rice what felt like everyday and I took it all for granted. Now that she passed, it’s rare that I’ve tasted food that brought back a small memory of spending time at her house. Xing Xing was one of those rare moments. I’ll be a repeat customer for sure and highly recommend their food to everyone. Be sure to follow them on Facebook.

Here’s a basic rundown of the menu:

Pickup is near MacArthur and Hydraulic near the drive-in.