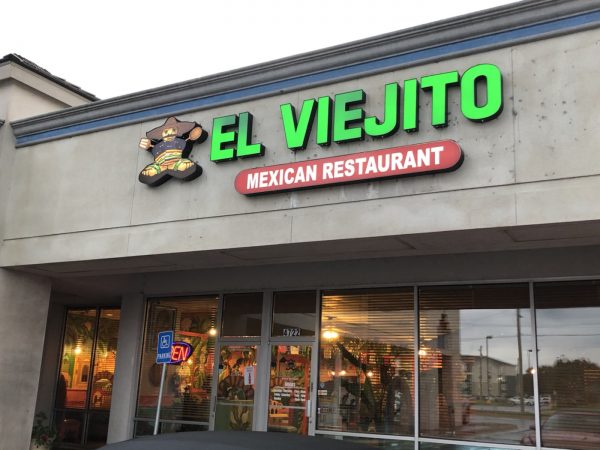 Let’s talk about El Viejito Mexican Restaurant. I’ve long considered them one of the most underrated Mexican restaurants in all of Wichita. The problem for them has been location. For a while they used to be located at 5518 W Central where San Salvador Cafe is now.

Since then they moved out south near 47th and Broadway inside a strip near the northeast corner.

Like many restaurants, complimentary chips and salsa were distributed to every table. I’m a huge fan of their green salsa, it packed some heat but in a good flavorful way. 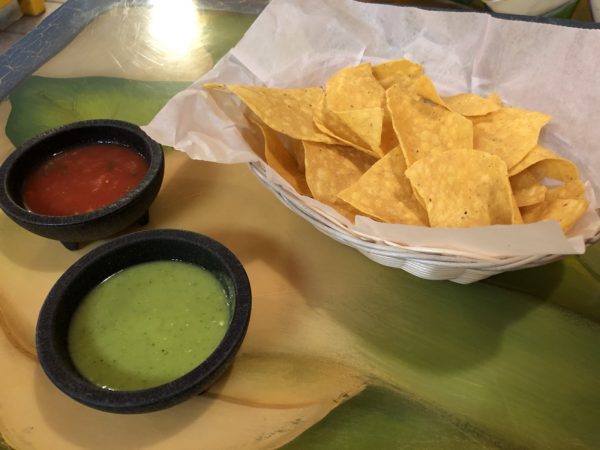 From there my review consisted of two different visits. On my first trip, I didn’t order anything. I left it up to my server to surprise me. First they brought out some sort of charro bean soup with hot dogs. It kind of reminded me of beanie weenies as a kid. I was told it was just a small simple starter. The broth was on the runny side and had the taste of beans.

The real winner was my main dish which ended up being the Albondigas Soup. It’s a soup with tomato broth, zucchini, carrots and celery. It was served with tortillas. I was told it was one of their popular soups which ended up being great for a cold evening. Imagine a vegetable soup; that’s essentially what it was but really delicious. 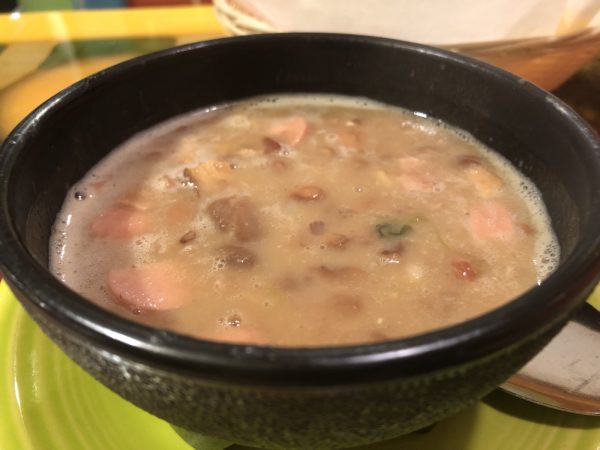 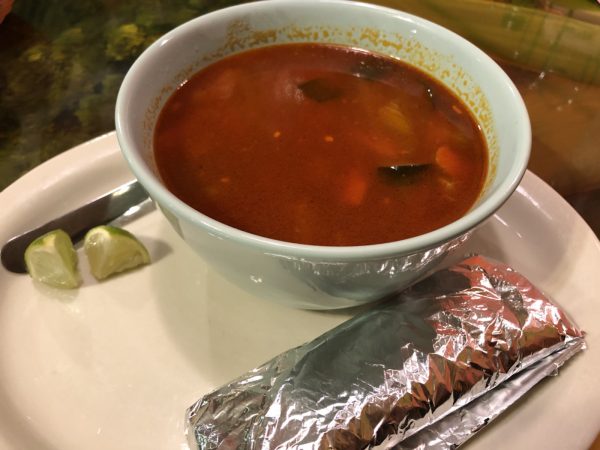 On my next visit, I had to order some tacos because they were using Pinole Blue’s pink tortillas. On Tuesdays, the tacos are a dollar so keep that in mind for your #TacoTuesday travels. While I wouldn’t say they have the best tacos in town, they were still very satisfying and even better for just a dollar. 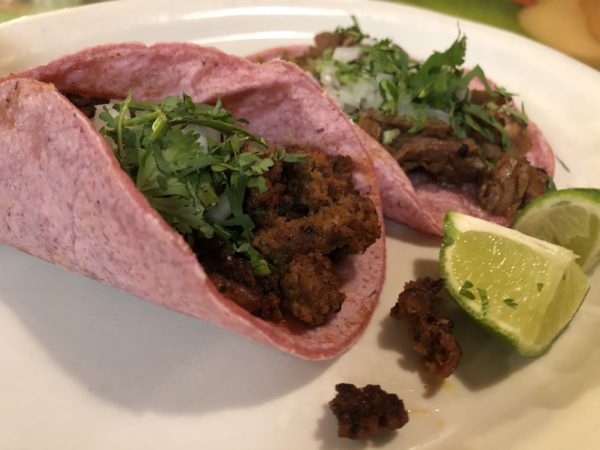 I had to save the best for last. My favorite thing to order at El Viejito is the huarache. They have the best in town.

A huarache is is a popular Mexican dish consisting of masa dough and smashed pinto beans placed in the center before it’s given the oblong shape, fried masa base, with a variety of toppings including green or red salsa, cojita cheese, cilantro and sour cream and your choice of meat.

I’ve said it before and I’ll say it again. The huarache was a true piece of excellence. It was almost like eating a seven layer dip on a fried tortilla shell. This is a must try for anybody going to El Viejito. At $7.99, you will not leave hungry. Sour cream, beans, cheese, your choice of meat and salsa all made for a delicious meal. If you love seven layer dip, you’ll certainly love this on top of a Pinole Blue tortilla shell. 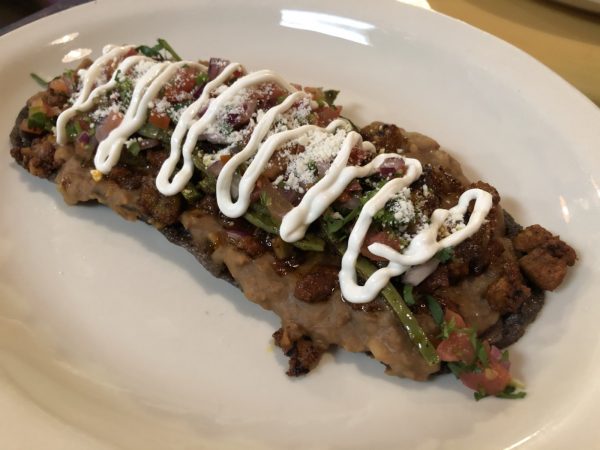 Add in the fact that the service has always been amazing, they have all the makings of an underrated restaurant that deserves more love. Definitely give these guys a try, you’ll be glad you did! 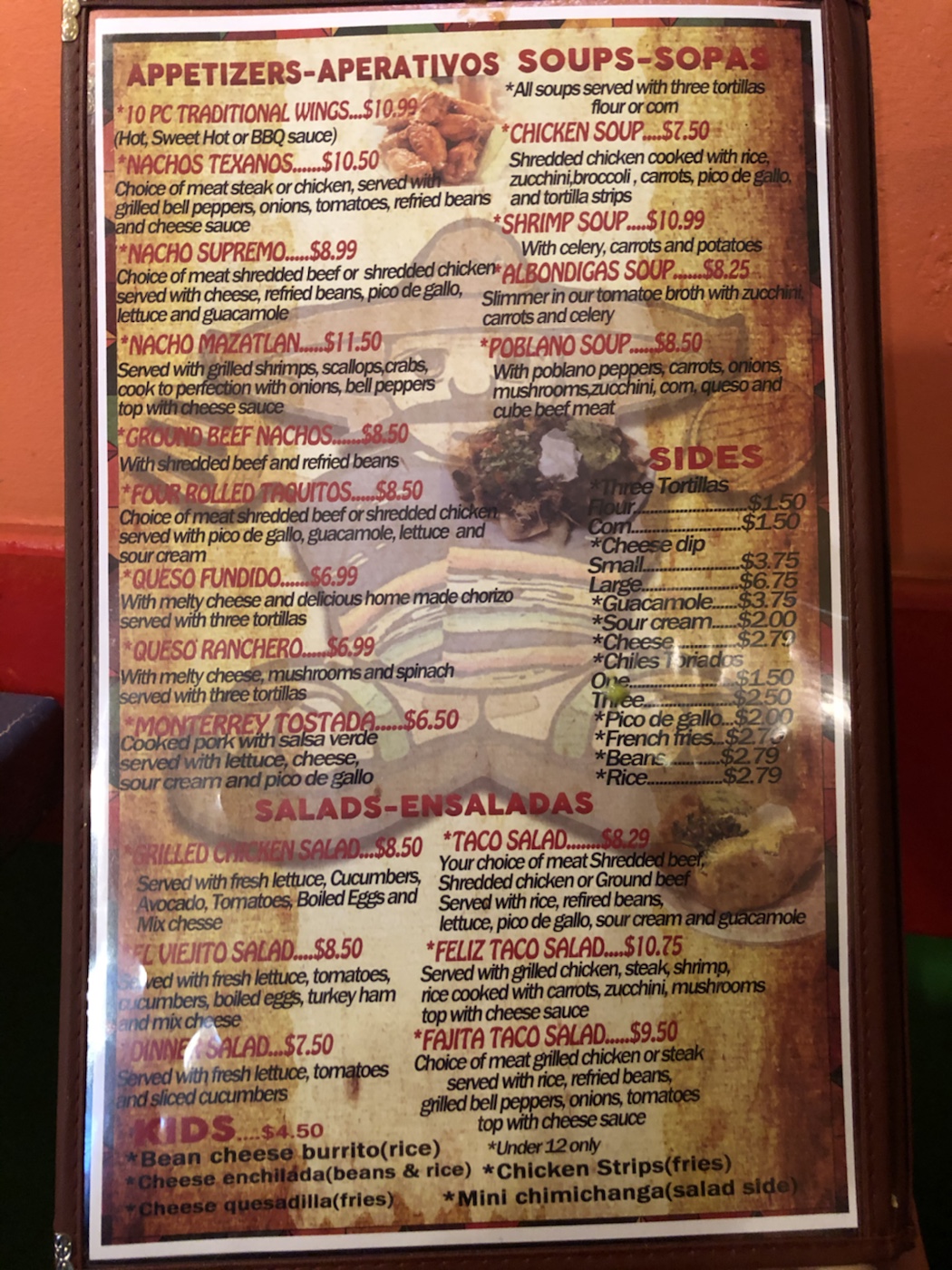 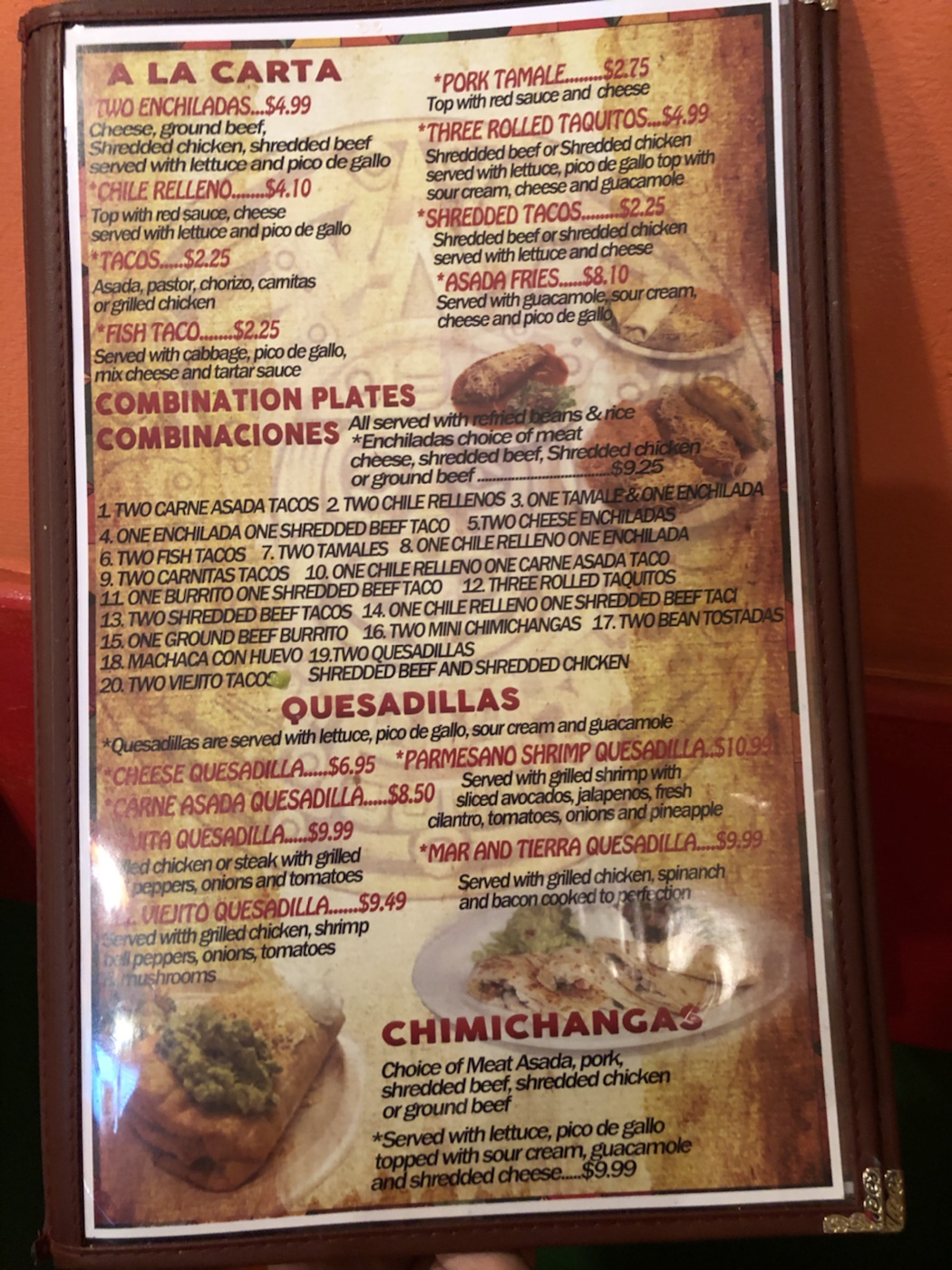 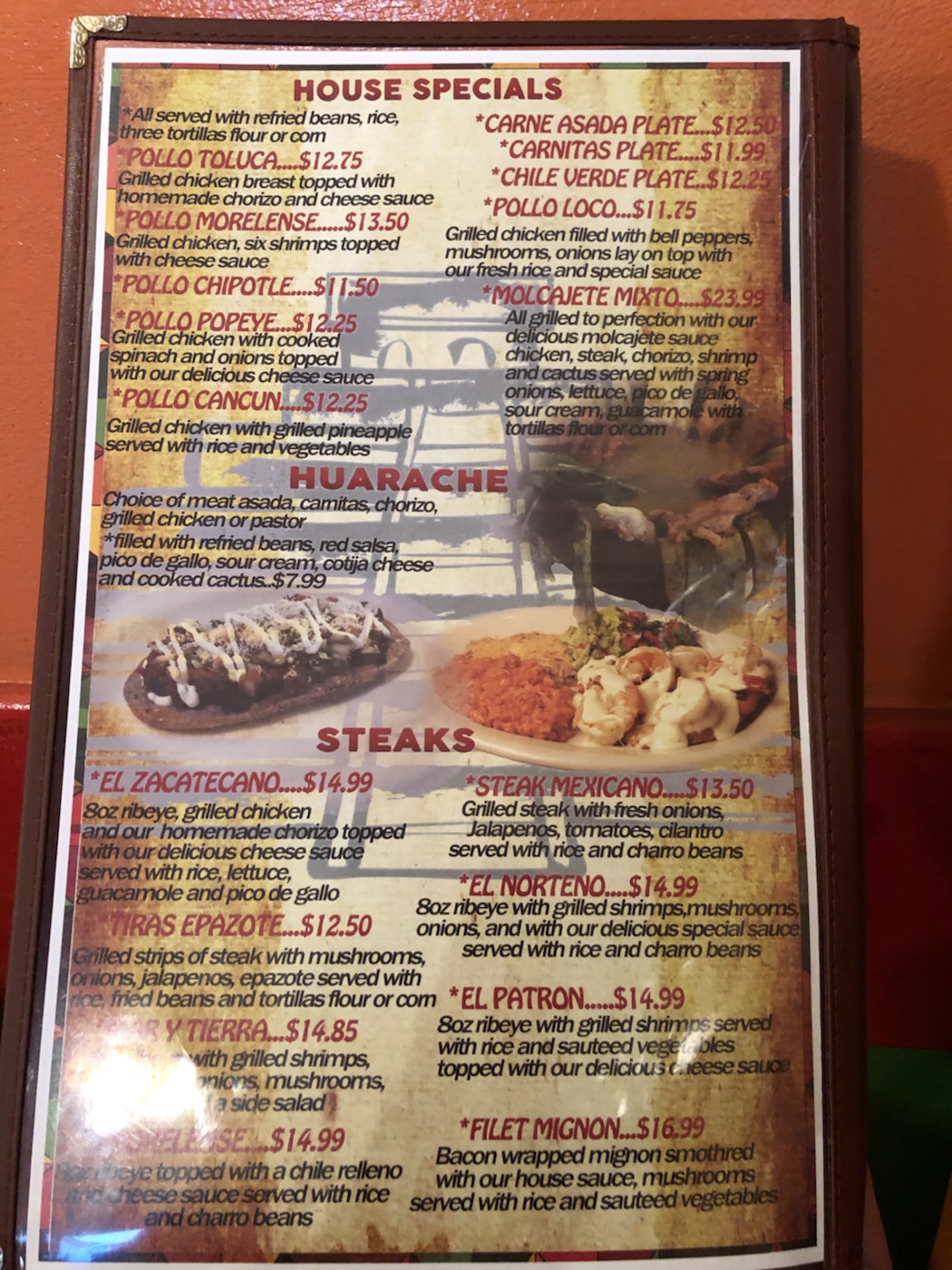 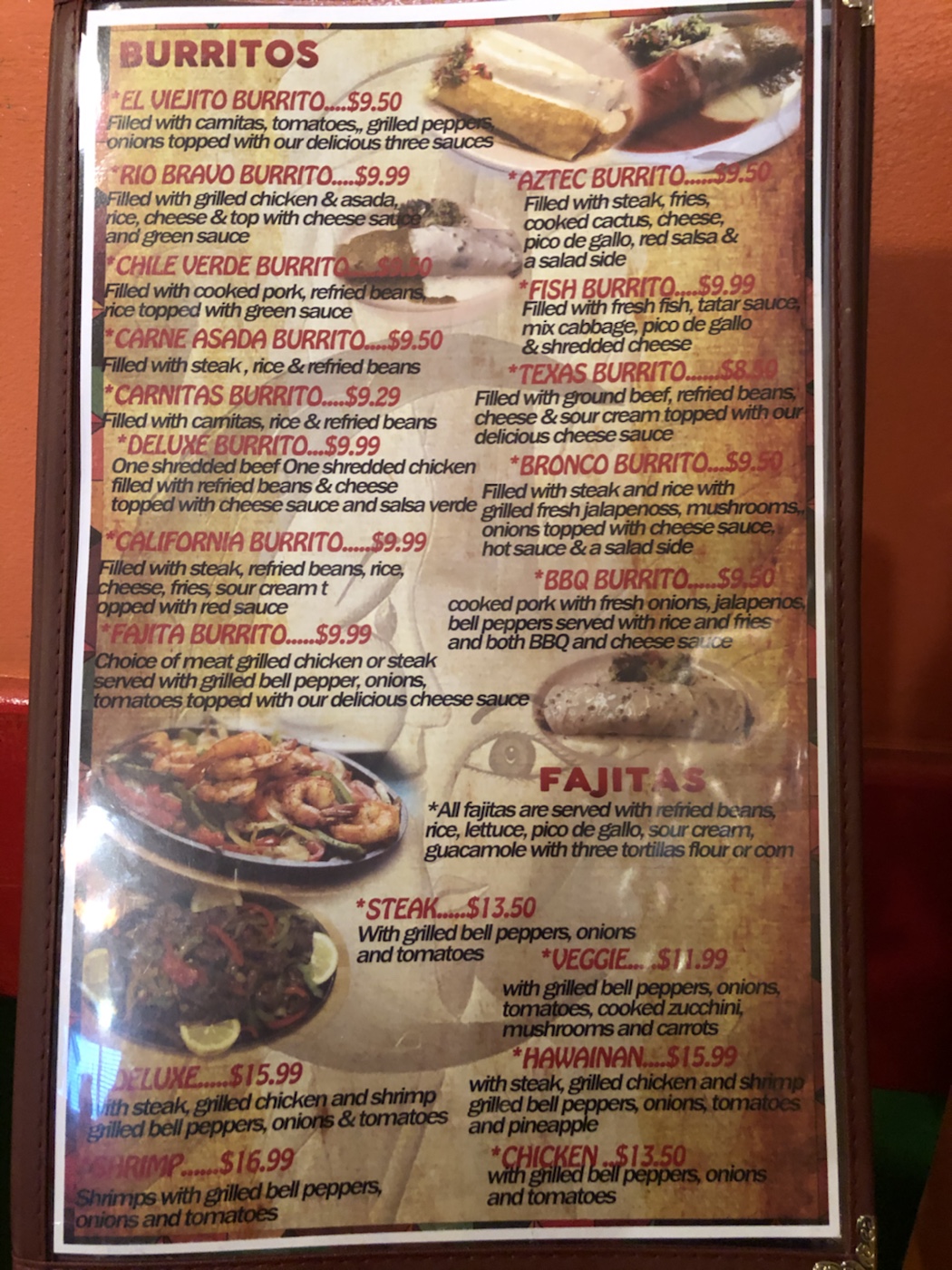 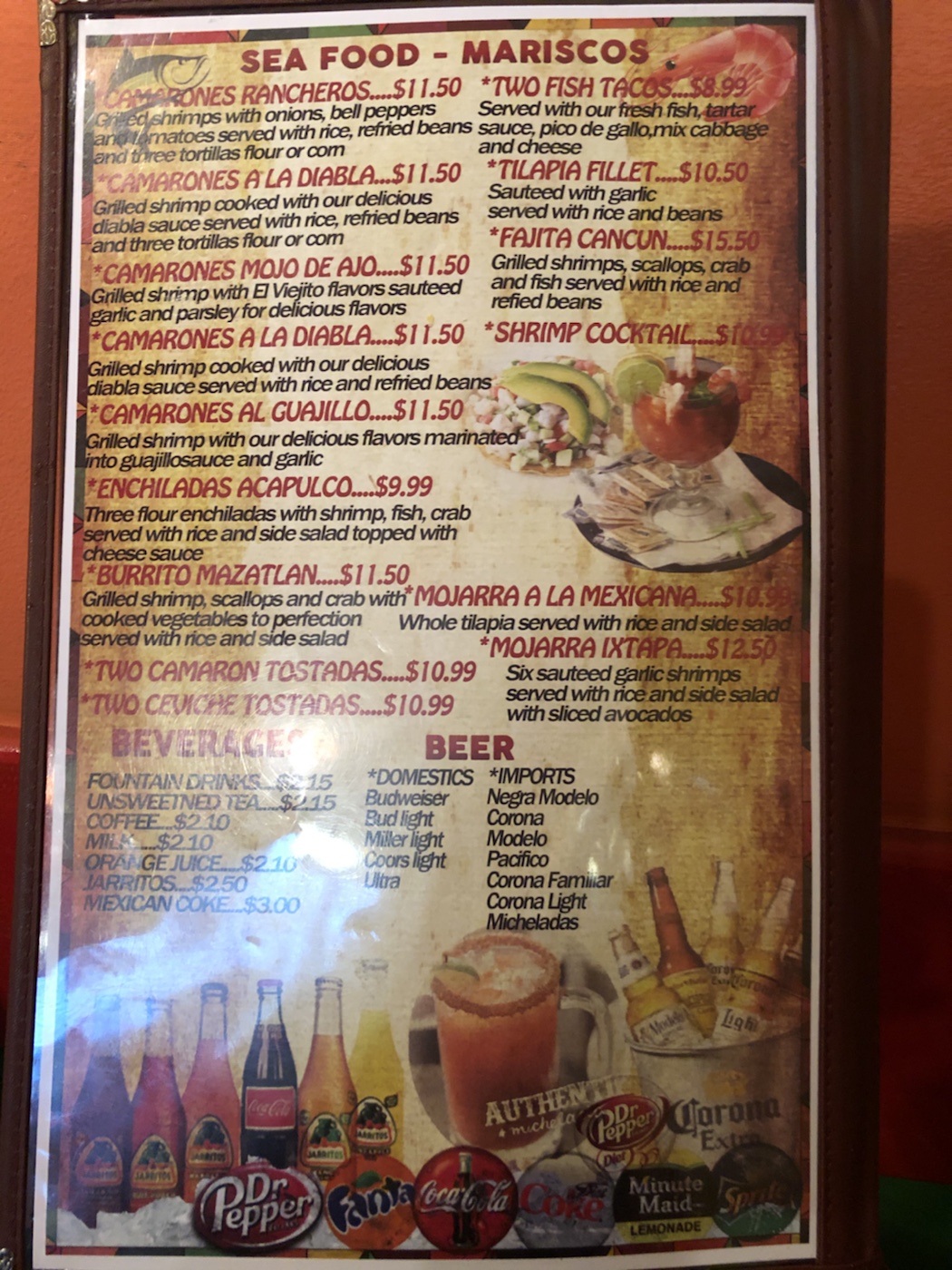