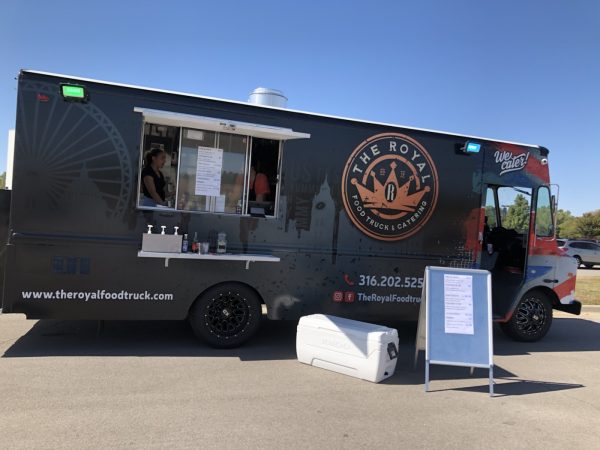 There’s a new food truck that just arrive in Wichita that specializes in fish and chips. The Royal Food Truck & Catering opened last week. Given the popularity that On the Hook Fish & Chips had with their one day arrival in Wichita, this was perfect timing for the new truck.

The Royal according to their site is a British Pub themed Food Truck, and Catering company serving pub classics such as fish & chips, shepherd’s pie, bangers & mash, as well as gourmet burgers, fresh salads and refreshing frozen drinks.

When I stopped by, I overheard them mentioning they had just been open for about a week. While I love bangers & mash, it wasn’t on the menu that day. So I went with fish & chips and a fish taco.

I was quoted that it’d be ready in about eight minutes. It was much longer than that. They apologized and that’s one area they’ll definitely have to improve on if they start appearing at places like the pop-up park for lunch.

The fish taco was the first item I tried and if I’m being completely honest, I just wasn’t impressed with it. The slaw was pretty dry and didn’t have much going on there. I wasn’t sure if the fries inside should have been there. The tortilla was tough like it had been sitting out for a while. The one bright spot was the Chipotle aioli was very tasty and offered a nice bite to it. Unfortunately the taco just didn’t do it for me.

Next up were the fish & chips. The fries were pretty typical and admittedly I’ve never been wowed by the fries at any fish & chips place I’ve been to around the country. My focus is more on the fish. For starters, there was a nice thin breading around it. Aside from that, the fish was very flaky and fell apart too easily. From a flavor perspective, it wasn’t bad but on the other hand it wasn’t anything outstanding. It just felt average to me. 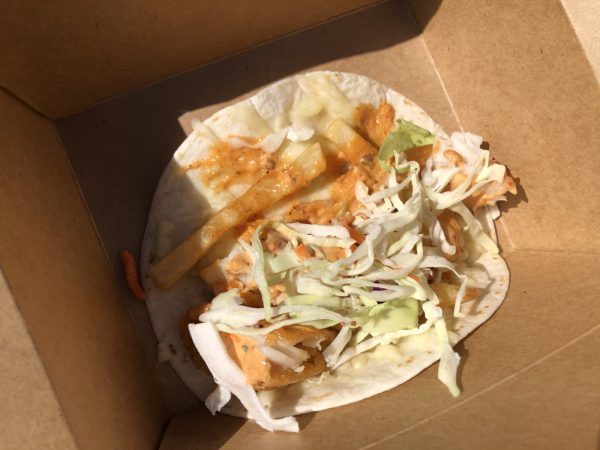 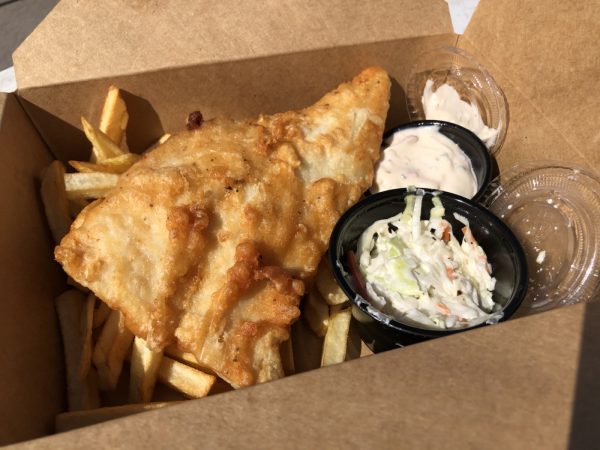 It was a rough start in my opinion for the Royal but I won’t count them out yet. They are probably tweaking things in their first month and I’m 100% open to going back to try their bangers & mash once that’s available. Like any restaurant opening, there are kinks that need to be worked out and I’ll give The Royal another shot here in a month or two and report back. 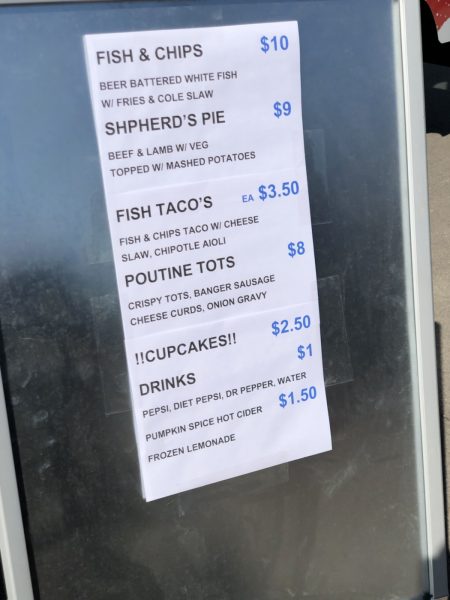