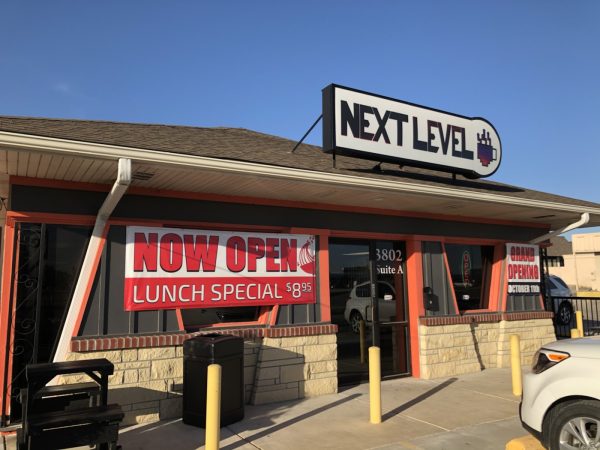 It’s a business within a business. If you’ve ever been to the gaming cafe Next Level Cafe which we wrote about here, then you should be excited for the new inclusion.

The owner of Next Level Cafe has opened Thai Cafe within the same building. Technically it’s three businesses as there’s a salon in the back of the building as well.

The new Thai restaurant inside serves fried rice, curry and noodle dishes. I stopped by real quick to get a first look at the menu and sample one of their dishes. Given the most well known dish is Pad Thai, that was what my appetite landed on for the first go around.

It didn’t take long for my dish to arrive. Everything was steaming hot so you knew it was fresh out of the kitchen.

As not to drag this review out too long, let’s just say I was not impressed with it. The Pad Thai was a little on the dry side. I’ve always found the dish to be very vibrant, sometimes sour and sometimes on the sweet side; none of those characteristics applied. It was a little on the bland side and I found myself pouring sriracha over it to give it some sort of kick. On the bright side there was a ton of shrimp in mixed in with the noodles. I was let down to say the least. 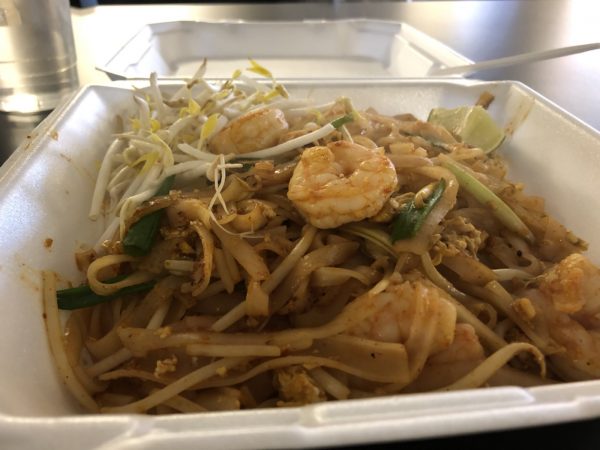 When I was paying for the food, I saw on the menu the Pad Thai with shrimp was $8.95. The total I had to pay was $11 and change which drew an eyebrow. They told me there was an additional charge for the shrimp Pad Thai. Now a dollar is a dollar and not worth my time to argue over so I just paid it. But there’s just something off putting when a business charges you more than advertised without telling you. Had they said “Just FYI, it’s an extra dollar for shrimp; we just don’t have it listed on the menu yet.” I would always say sure as I’m not one to shy away from paying extra for whatever food I want. But that wasn’t the case.

Not the most stellar first visit but I’ll return eventually and try another one of their noodle or fried rice dishes and see if it ends in a better result. 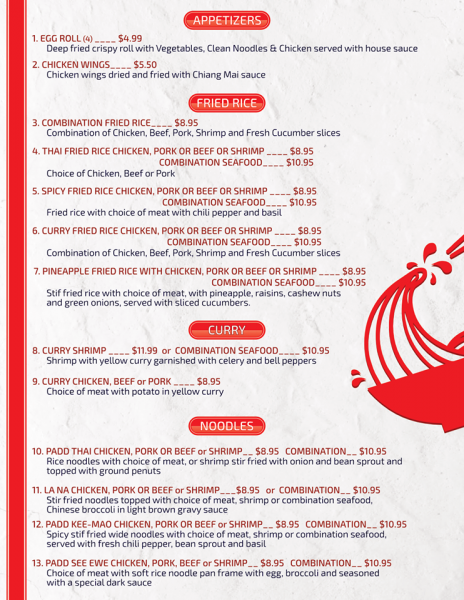