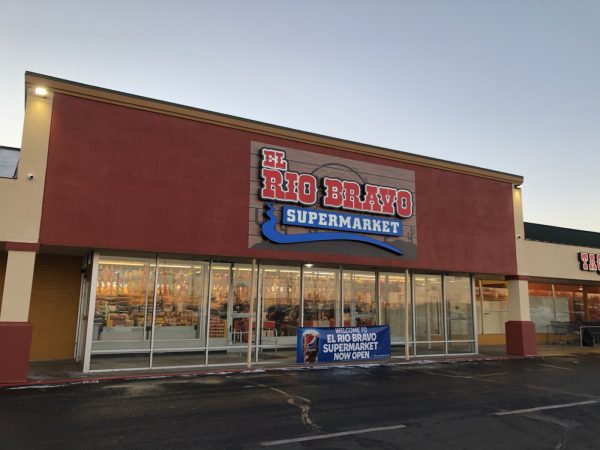 A new grocery store opened at the southwest corner of Pawnee and Seneca at Westway Plaza. The Kansas City based chain El Rio Bravo Supermarket arrived in Wichita earlier in December. The 28,000 square feet supermarket has a Hispanic focus but still has many Asian and American offerings along with a bakery, meat and seafood section. Of course with many grocery stores of its kind, there was likely to be a food court of sorts. In this case, they had an area called the cocina and I just had to check it out. 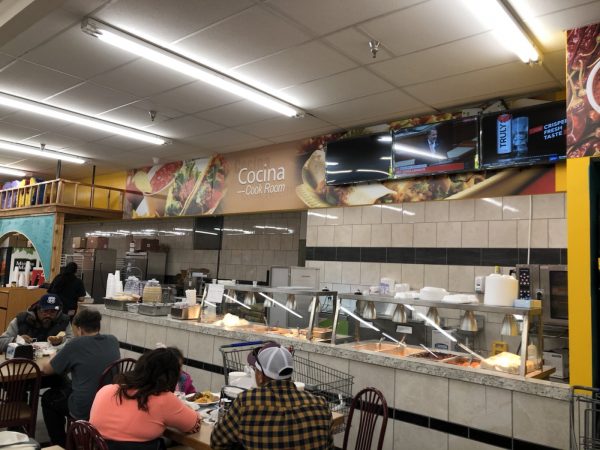 When I arrived the place was packed. I felt like everybody was grabbing dinner there. Most of the food was on displayed similar to Dillon’s. The one exception was there was no menu to look at. So I had no idea what the prices were or exactly what all was available. 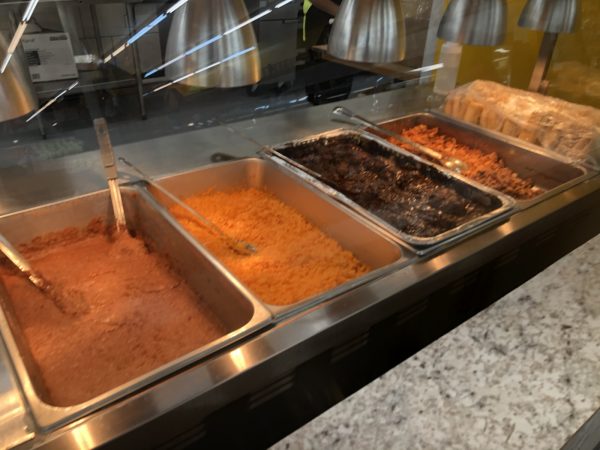 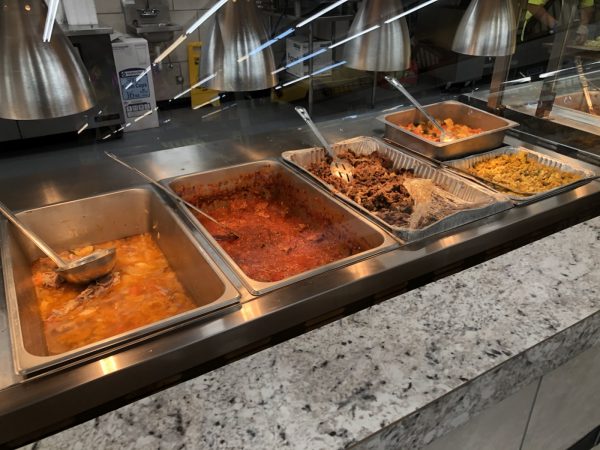 I turned to a gentleman who was chowing down on some soup and asked what should I order. He looked at me with a blank stare, stood up and went to go grab some condiments. I don’t think he understood what I was saying so I snapped a picture of his soup as he was gone. #MoreBlogPictures 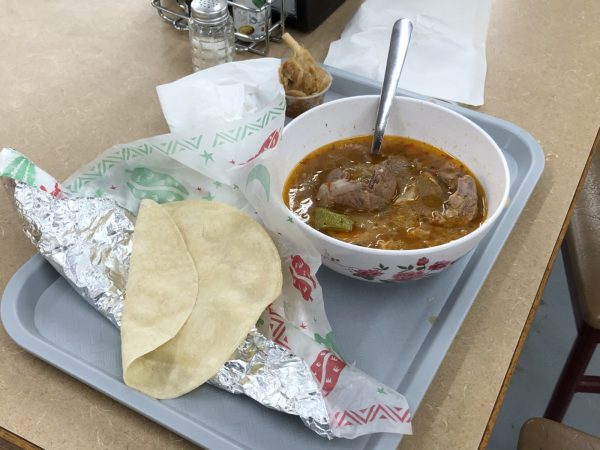 Another lady walked by with a plate of food that looked delicious. With that, I turned to the lady behind the counter and said, “I’ll have that.”

What she had was chicken mole. It was essentially two big drumsticks covered in mole and a side of rice and beans. It ended up being $6.29.

The one thing I’ve noticed about mole is everybody’s version taste different. Some can be sweet, spicy, smoky, earthy, you name it. El Rio Bravo’s was sweet but very subtly. It was poured on thick on the drumsticks so that was a good thing. The sauce was light enough it didn’t overpower the chicken but strong enough that you could tell it was mole. I really enjoyed it and the chicken was the right portion size for my appetite that evening.

Overall it was a nice little stop and one I’d return to try other dishes.

They had no menu and when I asked about the kitchen hours, I was given a puzzled look. I’m guessing you’d be safe stopping by between 11-7 at the very least. Otherwise, enjoy!