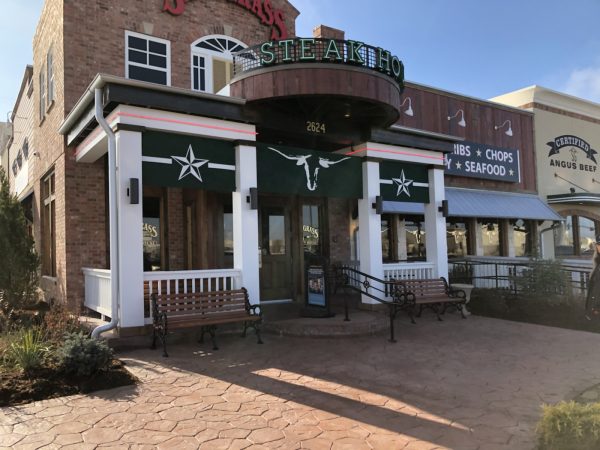 The newest steakhouse is now open in Wichita. Saltgrass Steak House is a Houston-based chain with 80 locations in the U.S. It’s what some may call a middle-tier steakhouse where it’s more upscale than Outback Steakhouse but more casual than Scotch & Sirloin. They use the term ‘polished casual’.

Saltgrass is a pretty good-sized custom build location that seats just over 240 people. They also have a private room which seats 55 that will be available after the holidays are over. 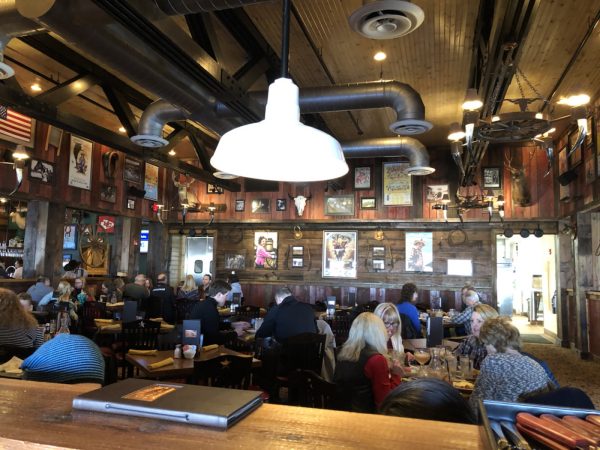 Our visit to Saltgrass Steak House started off with complimentary bread and butter. Like any steakhouse, it was a great beginning for our meal. 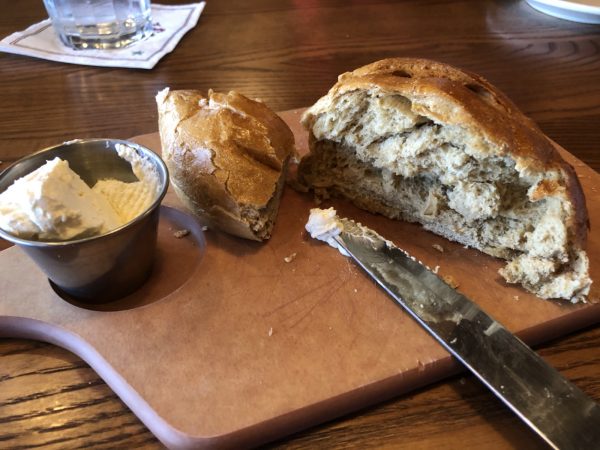 For our main entrées, we had the Nashville hot chicken sandwich and a 12oz ribeye. The steak came with chicken tortilla soup and a fully loaded baked potato.

The soup came out first and was phenomenal. It had a surprising amount of heat which took me off guard. I wasn’t complaining because I loved ever last sip. 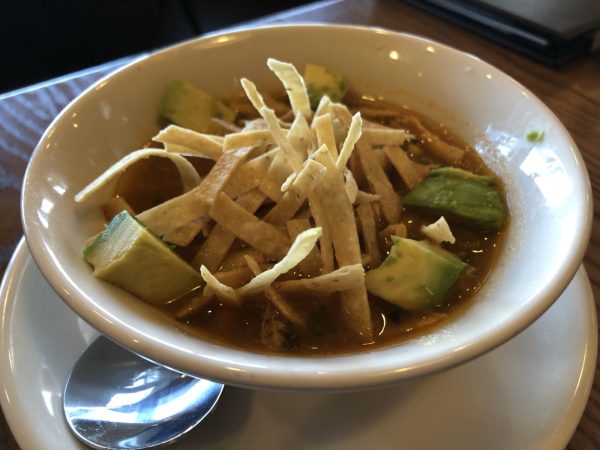 Not long after our meals arrived, and we were ready to grub.

Starting off with our hot chicken sandwich, we weren’t too impressed with it. The fries were rather bland and had that unseasoned frozen french fry taste to it. But on the flip side, my girlfriend thought they were good basic fries which goes to show not everybody’s opinion will be the same. As for the chicken, it was didn’t pack much heat to it; probably a 3 on a ten-scale. It was large, meaty and tender but there wasn’t much else to it. We were hoping the coleslaw would add some bite to it but it wasn’t anything special either.

Moving on to the steak, there was a slight hiccup on their end but they were quick to get me a new steak. Steaks are hard to review because they are incredibly subjective. Most people feel they can cook a better steak at home. Some people hold steaks to a higher standard because of the price. There are just so many variables. But if you came for my opinion, I was a letdown. My steak had a lot more fat than many ribeyes I’ve had at restaurants. I’m not sure it was a good cut of meat. While it was cooked like I preferred, it just fell flat for me. My expectations weren’t that high but it really didn’t feel like it was a cut above some of the other low to mid-tier steakhouses in town. I’m not the biggest Texas Roadhouse fan but felt like I could have had a better one less than a mile south. 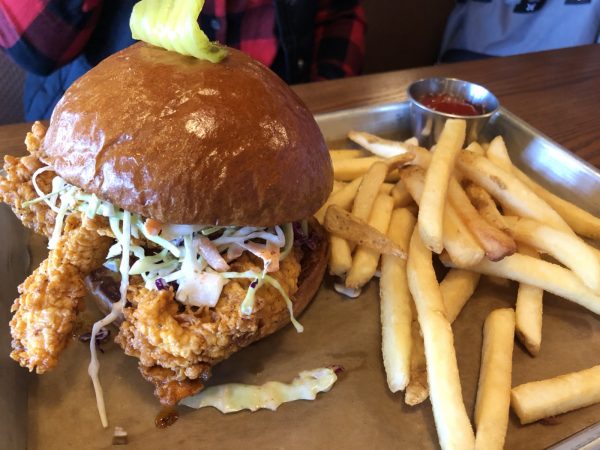 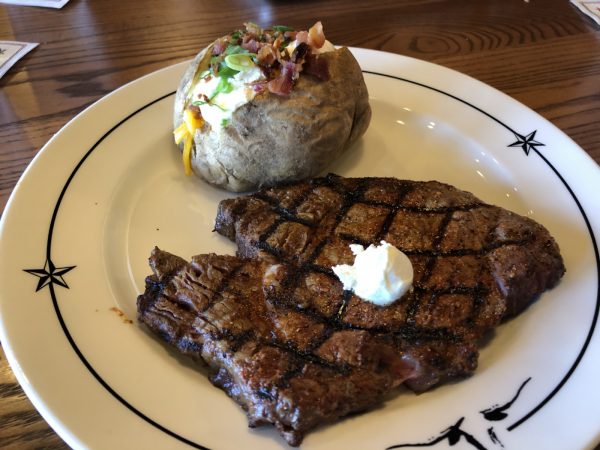 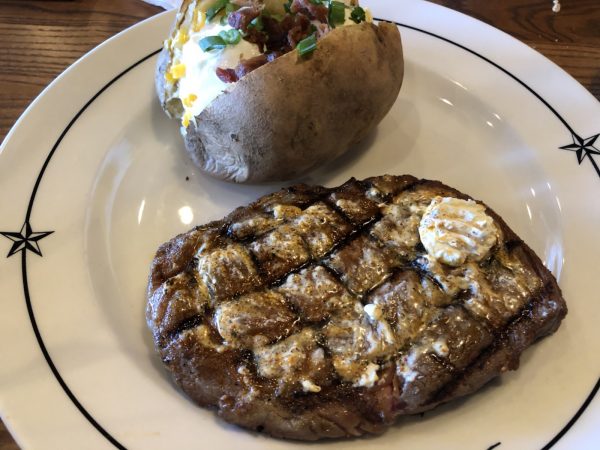 Our servers did a great job all day for us. We had zero complaints there. Especially for a new restaurant, they did an amazing job of keeping up with all the patrons coming in to check out the new place. But aside from that, the food was just a ‘meh’ experience.

I feel steakhouses should always be go experience for yourself type of ordeal. Don’t take my word for it. Yours could be better. In my circle of friends, most have been and the opinions were VERY mixed. 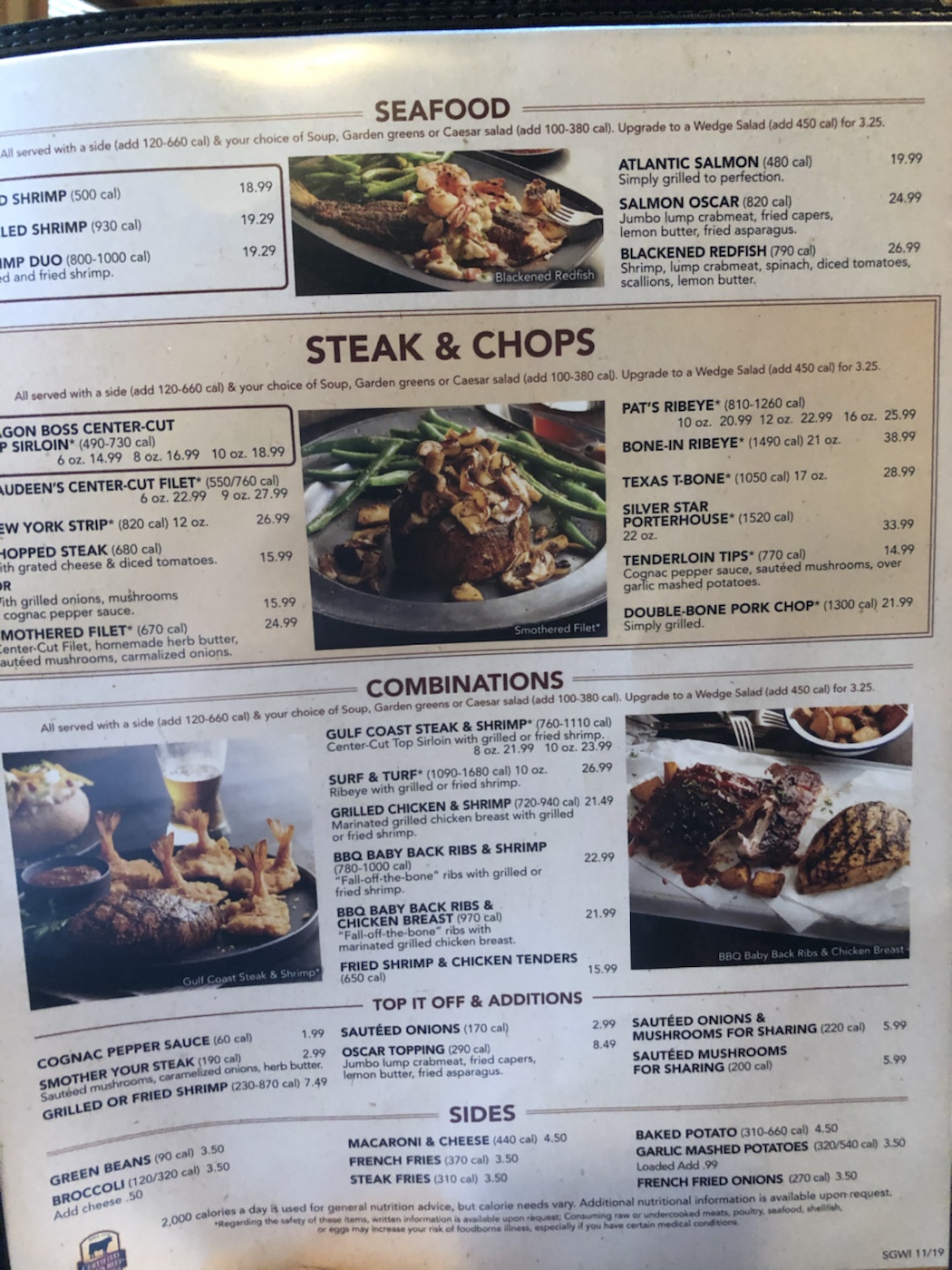 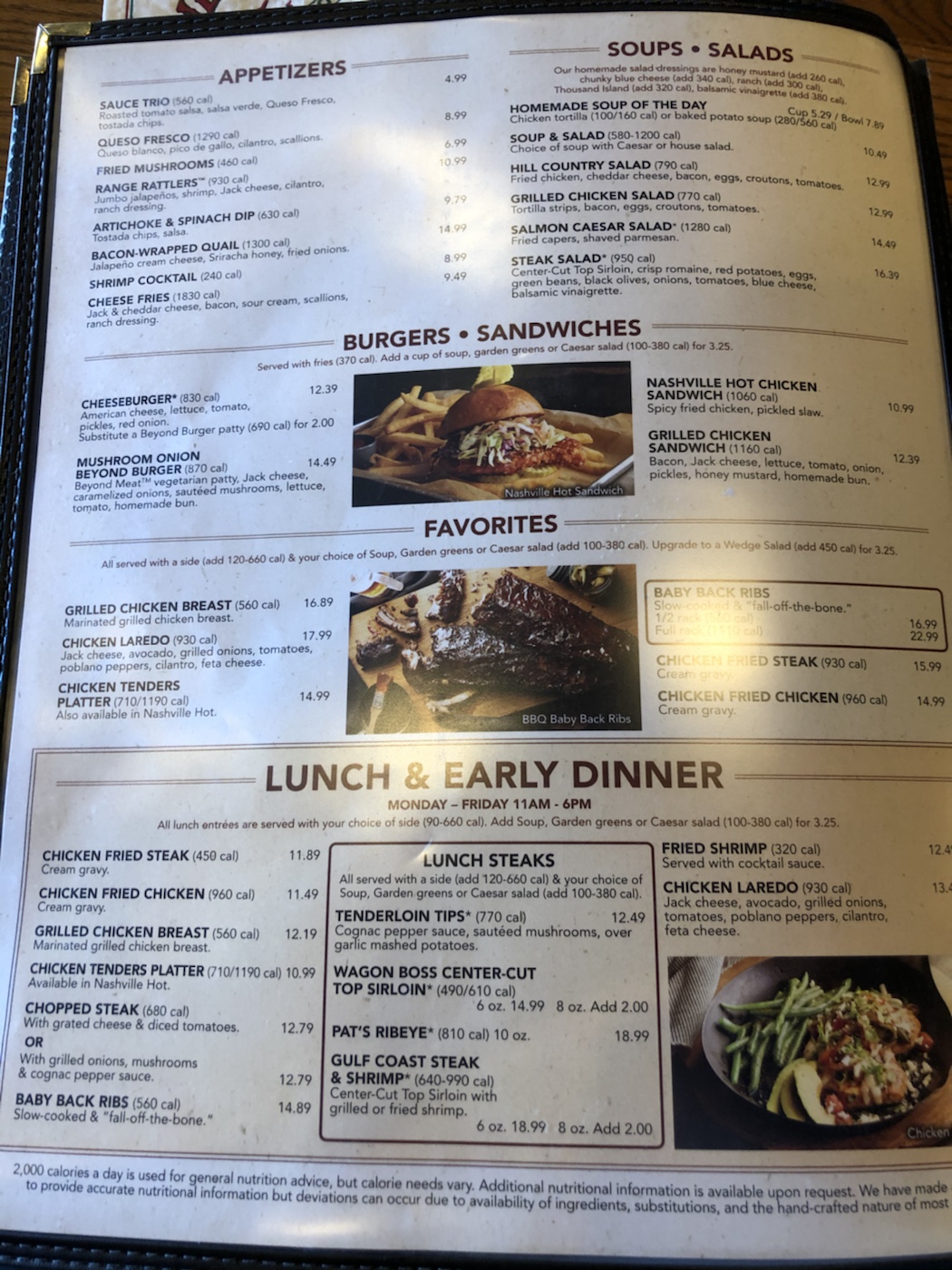