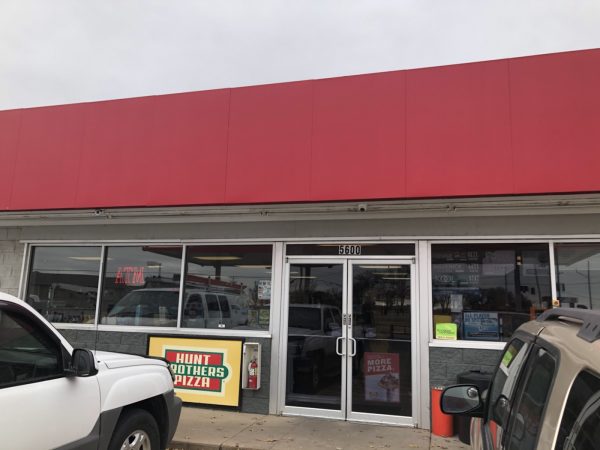 I love finding new food options in the least likely of places. The latest was a suggestion from the Wichita By E.B. Facebook page. I’ve been on the look out for garlic salads and someone mentioned a gas station that serves BBQ just on Thursday.

What the what?!?!? BBQ at a gas station? I’m always up for adventures, so I invited a few friends and we headed out to Gotta Stop gas station for their Gotta Stop BBQ.

Available on Thursday starting at 10am – 8pm

When we arrived at the gas station, we stepped inside and could immediately smell the BBQ in the air.

There were two employees behind the counter where the pizza usually was taking orders and serving out the BBQ. 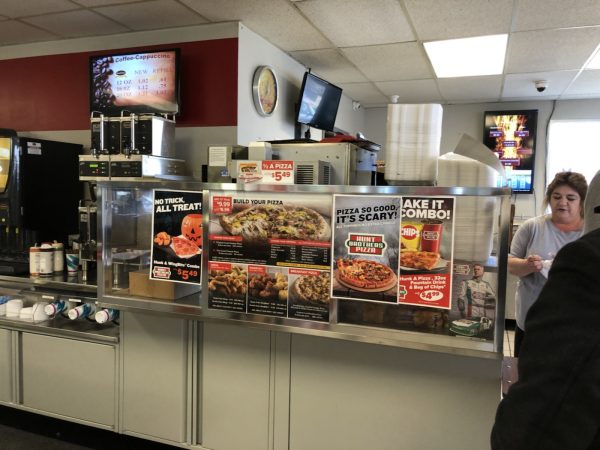 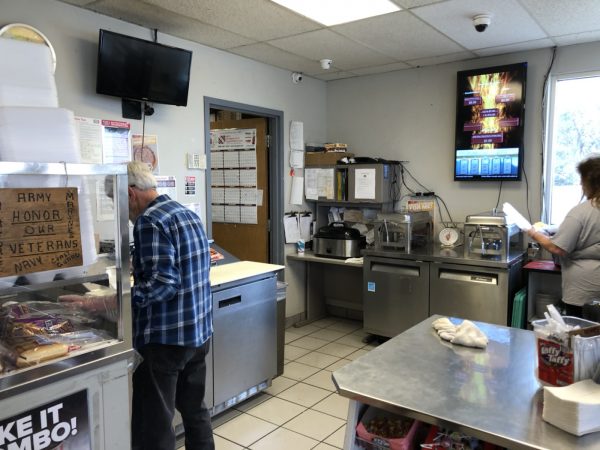 They must have a lot of repeat customers because the staff knew so many people that came in.

Since everything was prepared in advanced, food pick up was quick. We ordered essentially everything they had available that day. We had the brisket and pulled pork sandwiches along with the regular and cheesy brats.

Starting off with the brats, they were delicious. While a little on the dry side, they had a good snap to them as one friend put it. There was little to not filler so that was good. And each of the brats had a bit of heat to them which was also another plus. Overall a win there.

As for the sandwiches. One friend felt the pork was dry and could have used a little sauce. They weren’t too heavy on the smoke and could have used a little reheating. The bun was the superb which was a saving grace for the experience. Average at best was probably the best way he described the pork. Regarding the brisket, another friend thought it was smokey and juicy without being overly fatty. The brisket was deemed as much better than the pork.

We were in agreement the sides were really nothing to rave about. The potato salad was….. well a potato salad so there wasn’t much else to say about that. And the garlic salad was more coleslaw like than what the old Doc’s Steakhouse version was. It was a little light on the garlic. You won’t be coming here specifically for the sides. 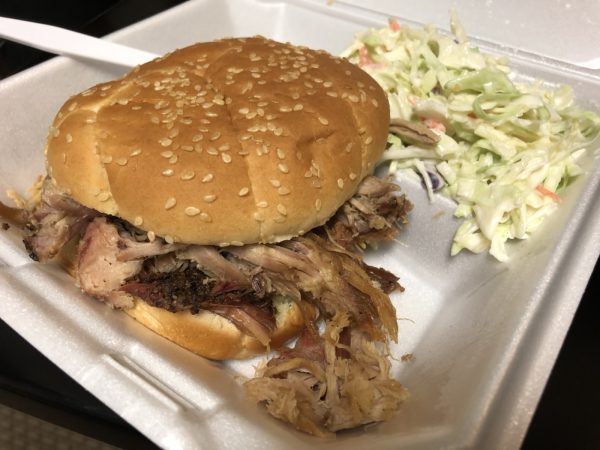 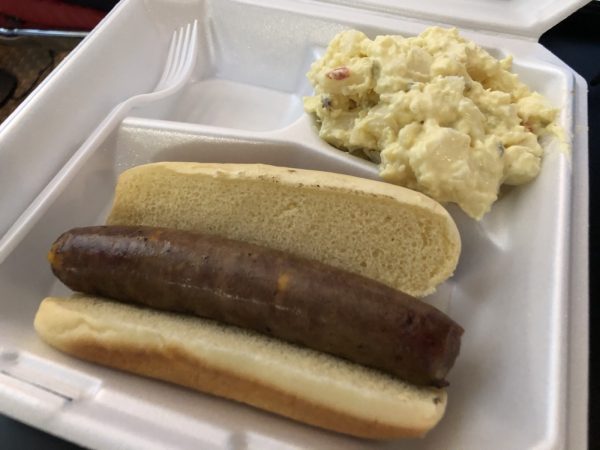 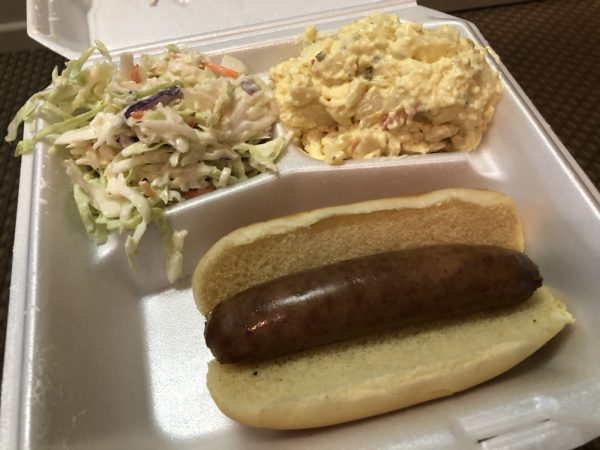 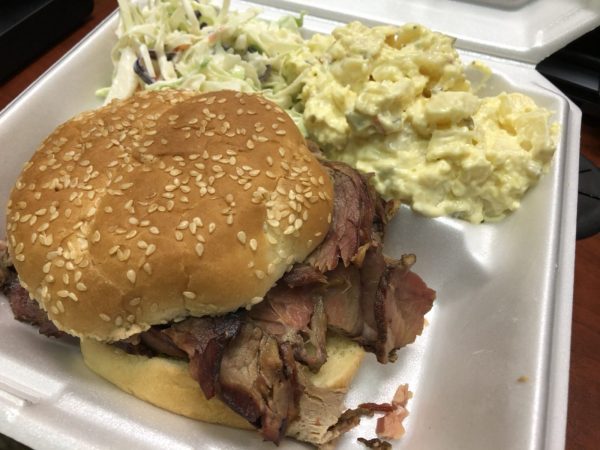 Since the service was quick and friendly, it made for a speedy lunch.

None of the actual BBQ was bad but it wasn’t comparable to some of the better options in town. Above average was the best we could put it with the brats being the standout winner. We were satisfied with our meals and enjoyed the little adventure to the gas station that we never knew about. That was probably the best part of the experience; finding and trying something new.

I’m not sure I’d go out of my way to try it again though. Since BBQ is such a subjective food, this is one of those ‘you should probably try it for yourself’ type of places. 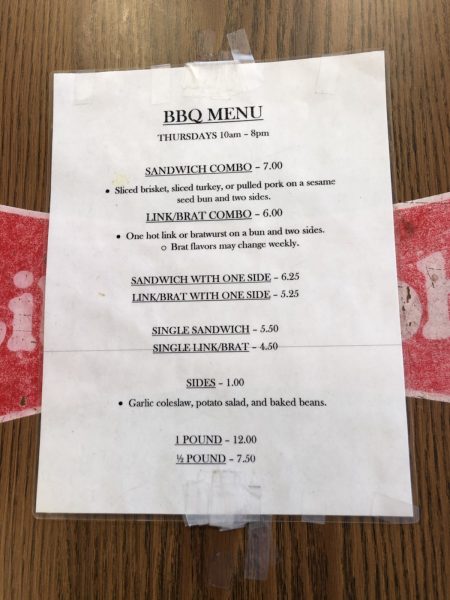