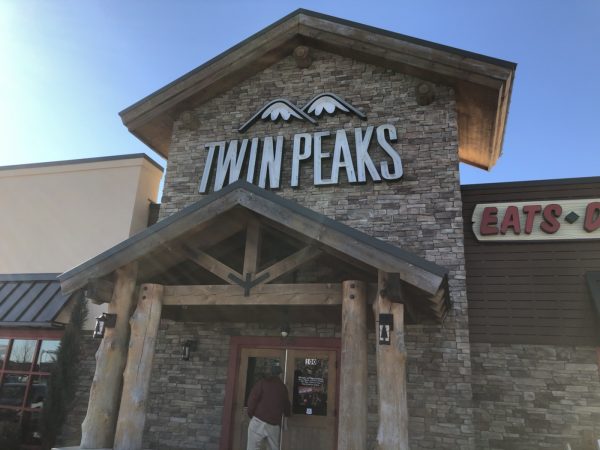 For our latest national chain, some friends and I stopped by the national chain based out of Addison, TX. With over 60 locations in the United States, two of them are in Wichita, KS: one at 21st and Rock and the other near Ridge and Maple. Twin Peaks is decorated in the theme of a wilderness lodge and serve a mix of American, Southwest and Southern cuisines as well as alcohol.

There’s another competitor in Wichita called Tight Ends, so we decided why not just compare the two. One of the immediate differences between the two was Twin Peaks was more inviting. It’s rustic feel had a little more character and just felt more relaxing. While Tight Ends seemed pretty bare bones, Twin Peaks was the exact opposite.

Six of us stopped by and had a few drinks and lunch. We ordered the wings, burgers, venison chili, and green chili chicken soup.

The burger was thicker and had some weight to it. Otherwise, my friend said it wasn’t anything too special. At roughly the same price as its local competitor, the burger was certainly bigger and better though.

I had the smoked and grilled wings; I didn’t know what to expect but was pleasantly surprised. They were plump and offered plenty of meat on the bones. There was definitely a smoky taste to them. I had the spicy garlic sauce and wasn’t too big a fan of the sauce as it was way too tangy for what I preferred. They would have been excellent with a dry rub seasoning. One friend had the BBQ wings and I found that sauce to be much better.

The venison chili was also great. It wasn’t gamey tasting and it offered a nice bit of heat to it that some of us enjoyed. On the flip side my friend said the green chili chicken soup was on the bland side and in dire need of something to make it memorable. 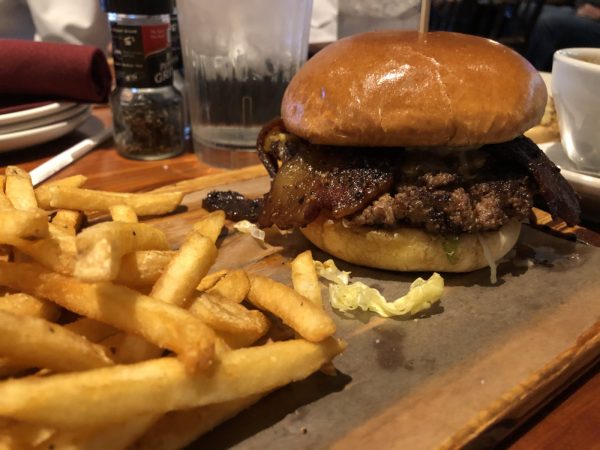 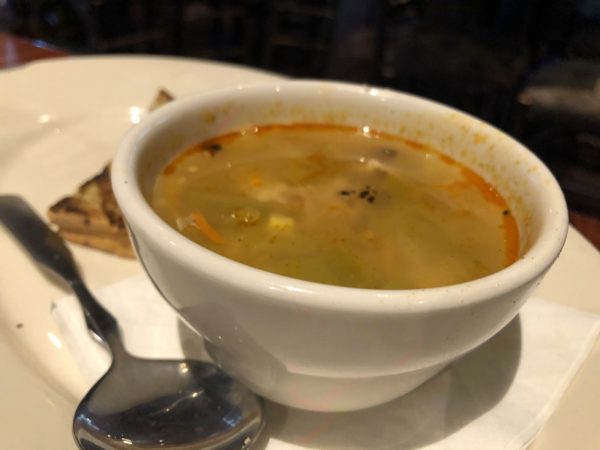 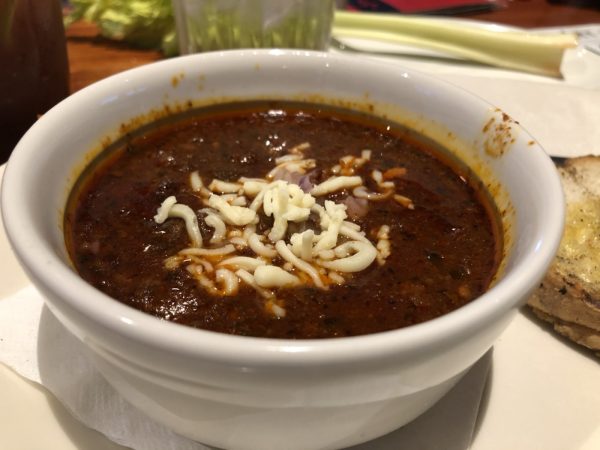 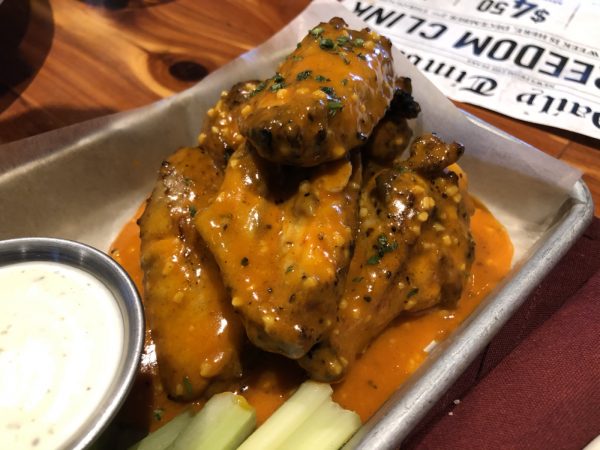 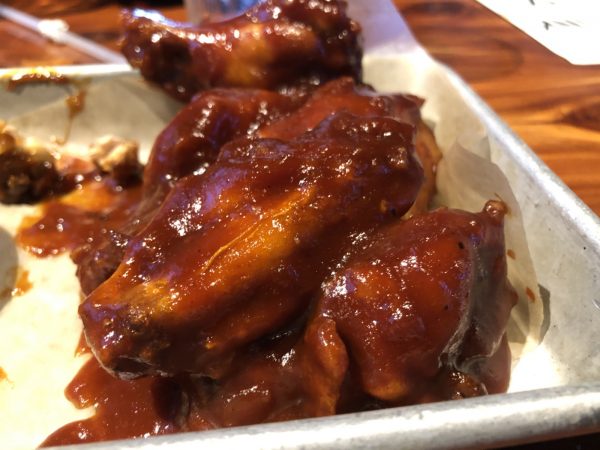 For the most part the food at Twin Peaks was good and a definite set up from its competitors. It’s nothing out of this world or excellent but didn’t leave us disappointed. The service was good throughout our lunchtime visit. One thing we also noticed were the amount of families there. I get the whole theme can be a turn off to some people but its done in a more tamed down fashion than a Tight Ends. 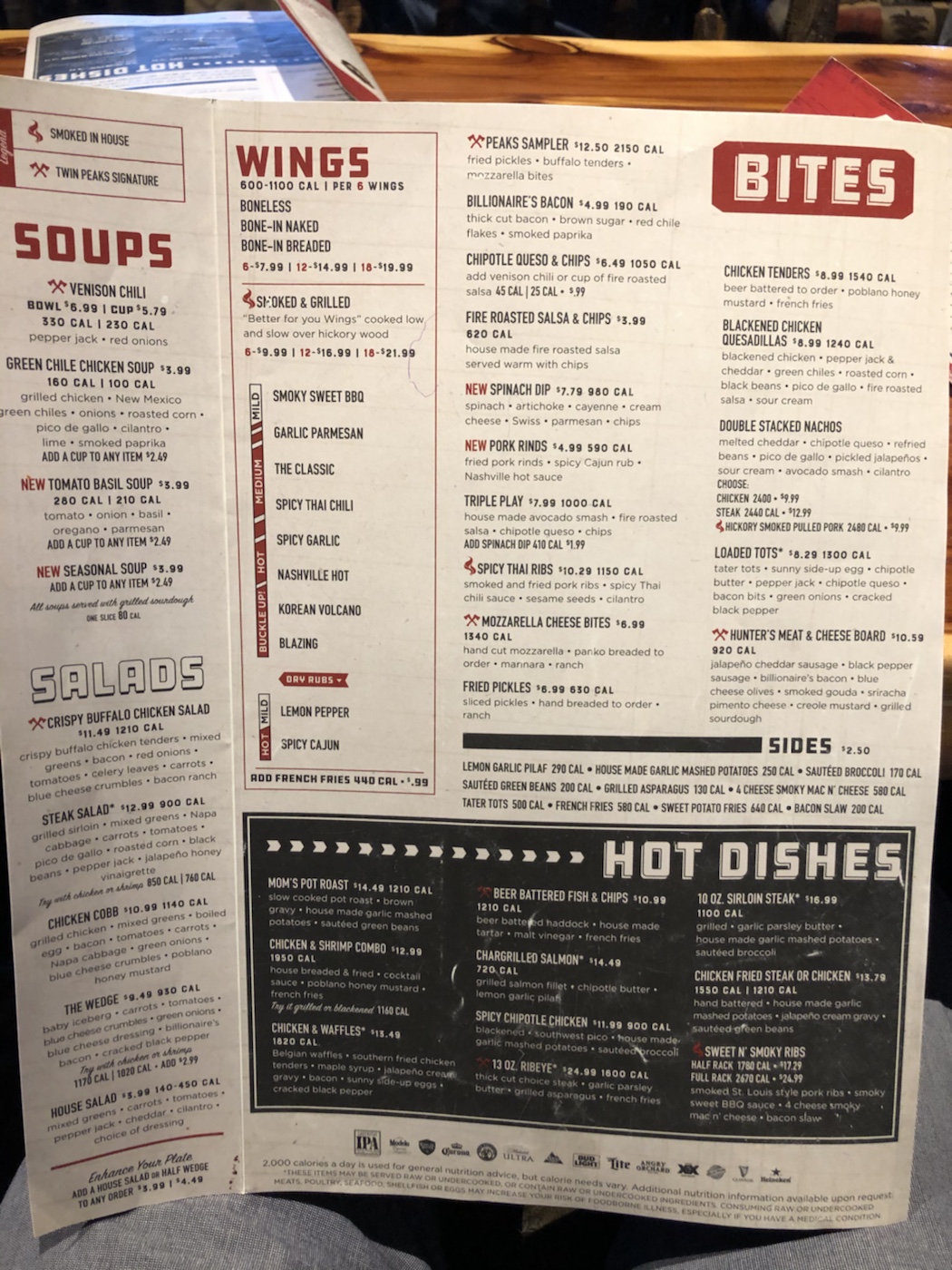 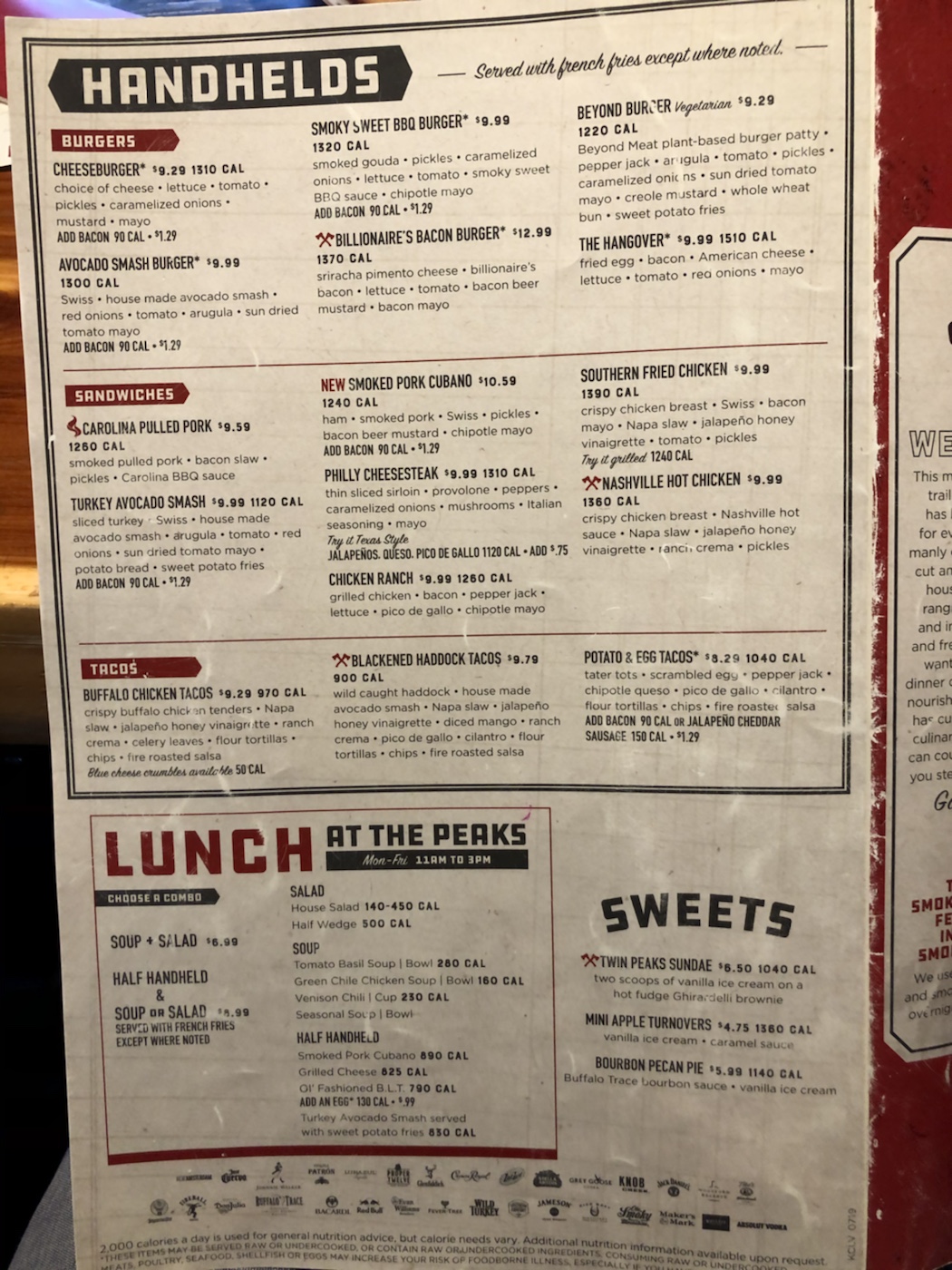