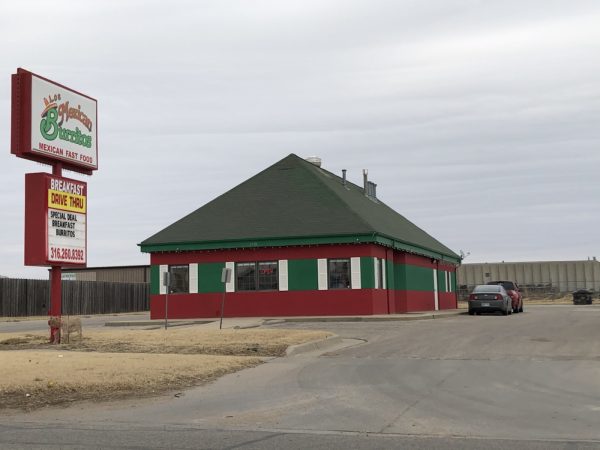 A new restaurant opened in the former Walt’s Famous Hamburgers spot located at 1710 S West Street. Los Mexican Burritos which has a location at 3005 E. Pawnee now has a second restaurant.

The area of town is nearly void of any restaurants. If you travel south of Kellogg on West street, there won’t be a single restaurant from Kellogg to Pawnee outside this restaurant. Los Mexican Burritos is hoping to get traction from many employees who work around the industrial area.

I decided to swing by for breakfast. They did a great job of cleaning up the place. 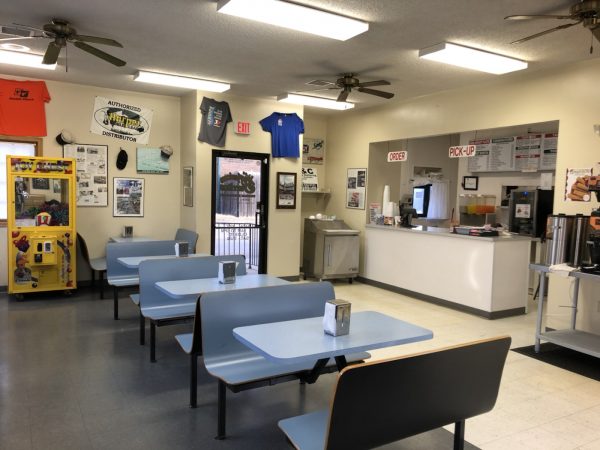 I ordered their Colorado burrito which came with potato, steak, peppers, and cheese along with an adobada taco because tacos are a necessity in life. Both items came out quick and I grabbed some salsa to go. I tried everyone except for the spicy red because there was a cup floating around in it. 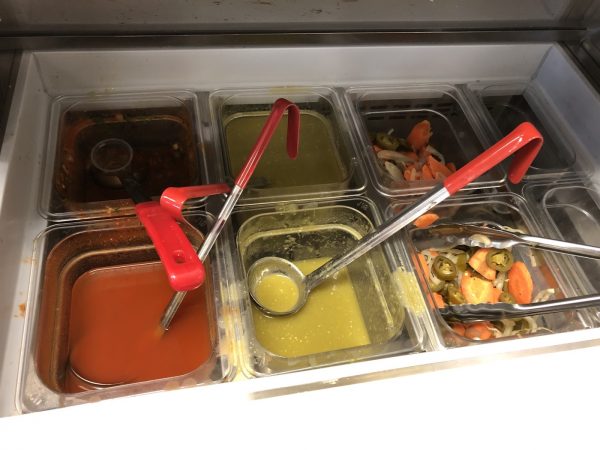 Starting off with the taco, I wasn’t overwhelmed or underwhelmed by it. It felt very meh to me. I’ve had better adobada around town and theirs fell flat for me. Just wasn’t much going on in terms of a distinct marinade flavor; slightly bland. 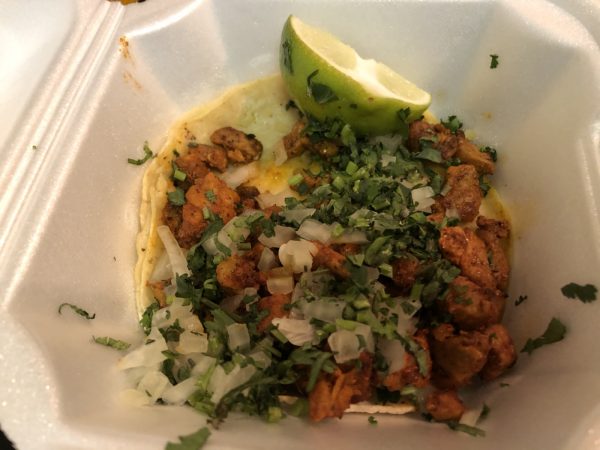 But what really kick-started my morning was the burrito. If you’ve been to a similar establishment, you’re familiar with the style and look. It was a big ass burrito, filled to the brim for roughly $5-6. I don’t know if I could tell the difference between one here versus five or six other establishments in a blind taste test. I’m not sure anybody really could.

Regardless, I loved it. There was a good mix of ingredients that provided balance. It wasn’t overpowered by onions, peppers or cheese. Just a big huge cheap burrito that covered breakfast and lunch in one sitting. Perfect for a hangover meal, drunk meal, or an I’m sober and need to get to work meal. 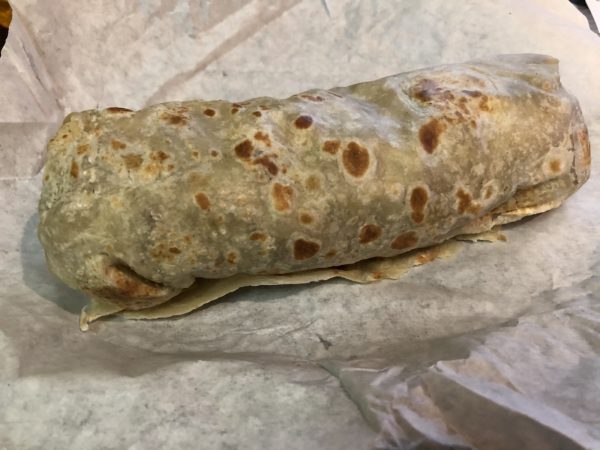 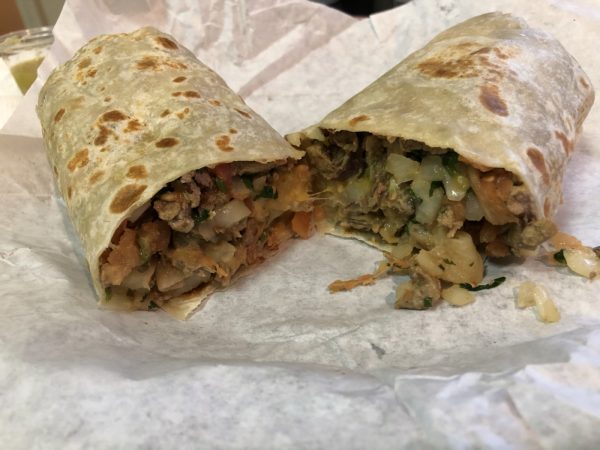 While I definitely enjoyed my burrito, nothing really stood out about Los Mexican Burritos which is OK. My only concern is being in an area of town with less traffic than many other places. Would I eat a burrito there again? 100% but would most diners go out of their way just for it? I’m not sure. 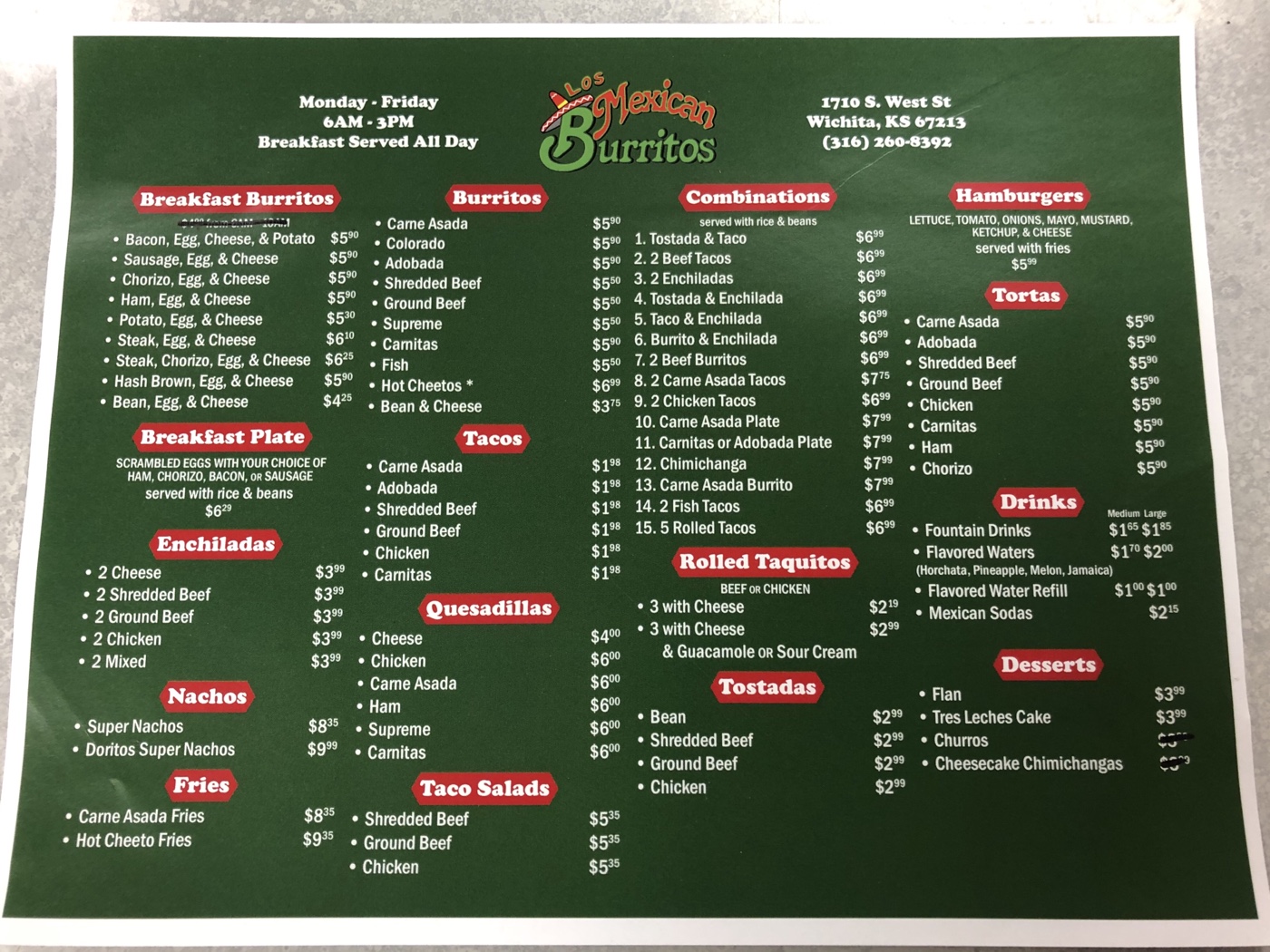 What to expect at Old Tokyo Steakhouse