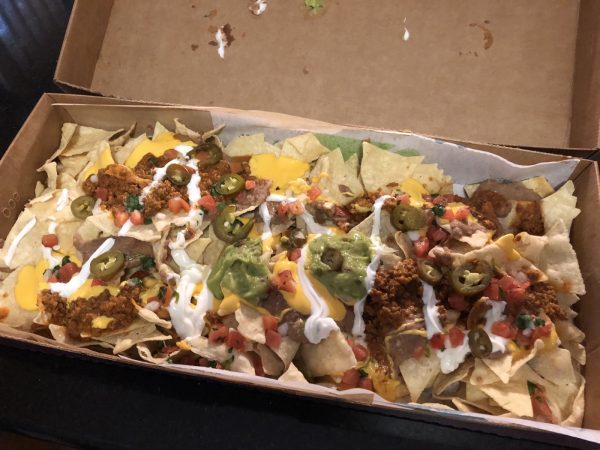 It happens a lot that I’ll get messages, emails, DM’s, etc, asking to try something new at a restaurant. If I’m in the area of one of those requests, often times I’ll stop by.

One of the recent suggestions was the Taco Bell Nachos Party Pack. I was hesitant at first but figured why not put myself through more misery?

Supposedly it’s perfect for feeding 3-4 people. We gave it a try with two people and couldn’t finish it. Partly because there were more chips than we knew what to do with and frankly, it just wasn’t good.

There wasn’t much signature seasoned beef to go around and most of it was very mushy. I shouldn’t be surprised knowing what their regular tacos are like. Two small scoops of guacamole had a dark green color which gave me nightmares of what I’m currently going through with a 7-month-old starting to eat puréed food. There also wasn’t much cheese on it to begin with. On a positive note, the chips were never soggy and we probably had enough chips to feed a family of 20.

I have a history of making lots of bad decisions. This $9.99 Nachos Party Pack was just another to add to my ever growing list. It’s likely I won’t stop and will probably give in the next time a fast food suggestion is thrown my way.