I’ve been blogging for nine years now. I can’t believe it’s been this long. Over the past 3000+ days, I’ve been to over a thousand restaurants, blogged about 800 of them and am still chugging (or eating) along.

Since that fateful evening in February of 2011 when I started blogging, over 300 restaurants and food trucks have closed. Many of those I still miss and wanted to spend this 9-year anniversary day to pay homage to some of the delicious food we no longer are able to dine on.

And the Weiner Is – The hot dog restaurant at 2322 E Douglas also known as Let’s Be Frank and Get Franked had creative and inventive hot dogs that were very reminiscent of my trips to Chicago.

African Flavor Restaurant – This restaurant was located at 5218 E 21st street and one of the very few African restaurants in town that was very short-lived.

Bibimbap n’ Go – Not exactly a restaurant but this was one of my favorite food trucks in town that specialized in Korean food.

Burger Stand – When I traveled to 30 different burger spots in Wichita, this place finished at 11th on my list but would probably fare higher if I redid the list.

Chapada Chophouse & Churrascaria – While I wasn’t exactly a big raging fan of this place, I loved the concept of a churrascaria. Unfortunately I don’t think one would fare well in Wichita if one were to come.

Eastern Cuisine – Started in Delano but then moving out west, this one another one of the African restaurants in town that was short-lived but so delicious.

Il Ponte Cafe – This was one of my favorite Mediterranean restaurants. But all wasn’t lost as Kabab’s was a very suitable replacement in the area on north Rock Road.

Jet Bar-B-Q – Between the food and the ambiance of an old firehouse, this was a great lunch stop for friends and I. 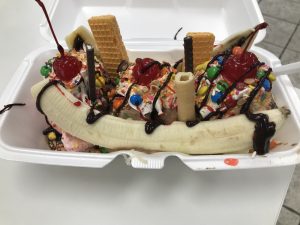 Jungle Snack & Fruit Bar – The little Mexican dessert shop seriously brought their A game when it came to the cool treats. They will soon be replaced by another snack shop called Senor Munchies.

Kwan Court – This Asian restaurant was one of my favorites. So many fond memories of staring at all the framed pictures on the wall. It closed in my first year of blogging. Plus it holds a special place in my heart, it was the restaurant I had sushi for my very first time.

Legends Restaurant – This was a popular Sunday brunch buffet stop for my family. It was one of the few options you could get crab legs on a buffet in town. 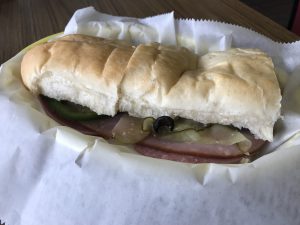 Mr. Bud’s Brothers – Their smash burger was probably one of my ten favorite burgers in town.

Philly’s Inc – The very short lived restaurant where This Is It resides in had my favorite Philly in town.

Samurai Japanese Grill – When it came to quick-service Japanese Grill’s, I would say Samurai was much better than Emperor’s. Pho Cuong now sits inside the Samurai space.

The Hungry Heart – Bad location near Intrust Bank Arena didn’t help this restaurant’s cause. The menu was so eclectic yet delicious. There wasn’t anything on the menu I didn’t like. 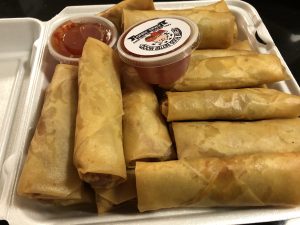 Xing Xing – This in-home business focused on eggrolls. The owner has since closed her business with hopes of starting a restaurant but dang….. I miss those eggrolls!

Yen Ching – I know you can get some of the dishes at Tasty House but it still isn’t the same. I miss Yen Ching.

Zaytun – I’ve had many visits to their Indian & Mediterranean lunch buffet. A new restaurant called Shawarma now resides in the space.

Of course there are many other places that I miss. Some that even closed or left Wichita more than eight years ago like Grandy’s or The Cedar. But sticking within the past eight years, those ten are truly missed by me.