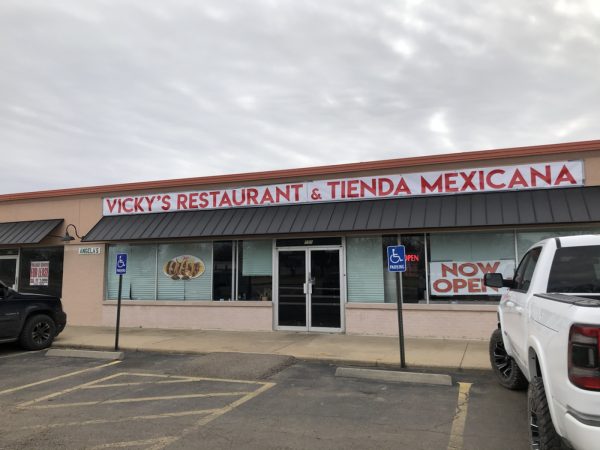 A new restaurant has opened in the former Angela’s Café space at 300 S. Greenwich Road. It’s a place some of you may be familiar with. From the owners of Rico’s Elote Y Mas comes Vicky’s Restaurant & Tienda Mexicana.

As the name implies, it’s a part store-part restaurant. Half of the space houses groceries, snacks, candles and other knick-knacks while the other half is the actual restaurant. 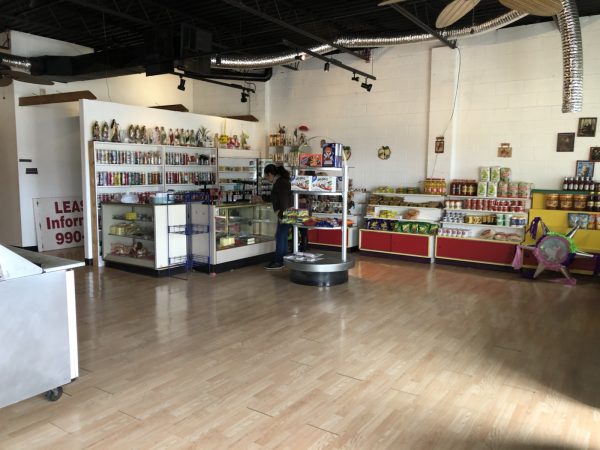 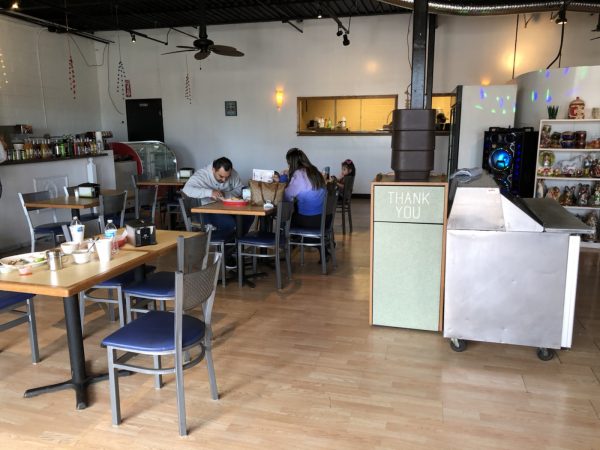 A friend and I stopped over lunch and all the same items found at Rico’s Elote Y Mas can be found at Vicky’s Restaurant along with new items.

On our first visit to the new restaurant, we ordered a burrito, tacos and two cups of elote. But first, they brought us out complimentary chips and salsa. We really enjoyed their flour chips which had a nice crisp texture to them and easily scooped the medium salsa which packed a slight bit of heat. 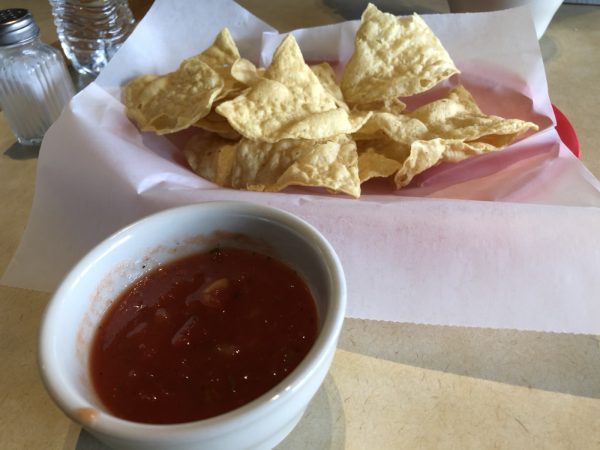 Not long after our meal would come out and we were ready to grub. I had their al pastor, barbacoa, tripita and steak tacos which came in a large single tortilla shell. Often times the single shell can get soggy once you pour in the salsa but they held up well. Of all the meats, I really enjoyed the steak the most. It wasn’t tough and had a nice seasoning to it. I could have easily went with their steak and rice platter and been very happy. Meanwhile, the tripita tacos had a pungent fishy taste to it which was stronger than some other places I’ve been to. The al pastor was pretty good too offering a subtle sweet aftertaste with each bite. Aside from all that, the tacos were quite filling. With them being larger than your standard street taco, three would have been plenty for the average appetite. 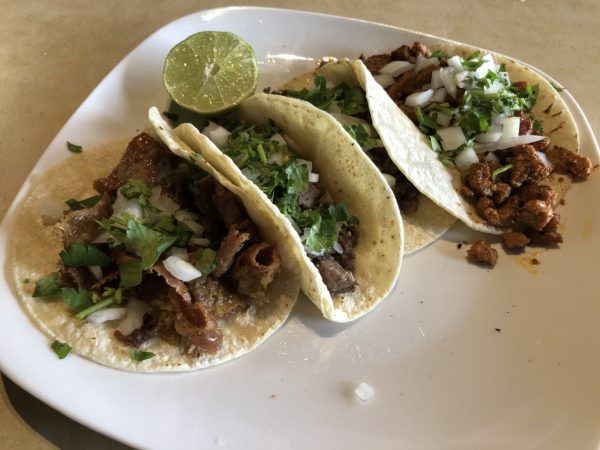 My buddy went with the steak burrito and really liked it starting with the first bite. There was a good balance inside the burrito with one ingredient not overpowering the other. 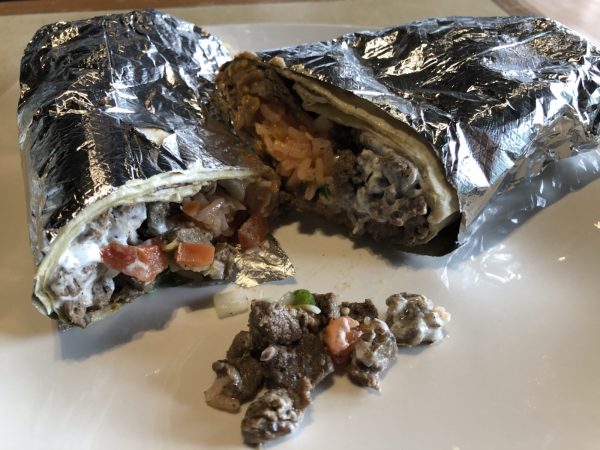 Lastly we each ordered a cup of elote that really did us in. We were already full but had to get a cup. The small felt like a super-sized cup after our burrito and tacos. Easily one of the best elote cups in Wichita.

Something to keep in mind, they do take longer than most places and we were told it’s because they prepare each one as they are ordered. According to our server, none of it is ever pre-made. 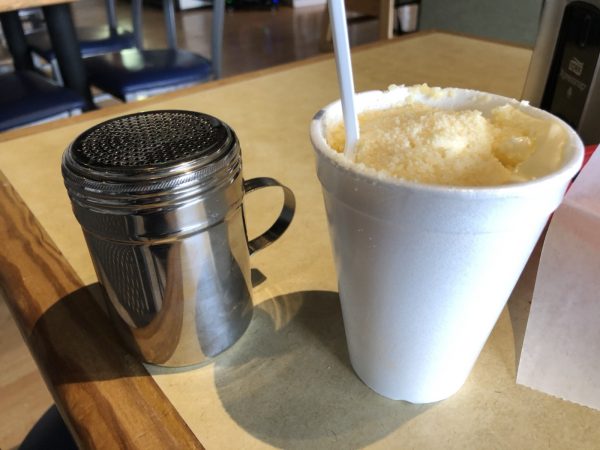 Overall we had a nice little lunch at the new Vicky’s Restaurant. There aren’t too many Mexican restaurants of that style in the area of town by Greenwich & Kellogg so I think it definitely fills a much-needed void. 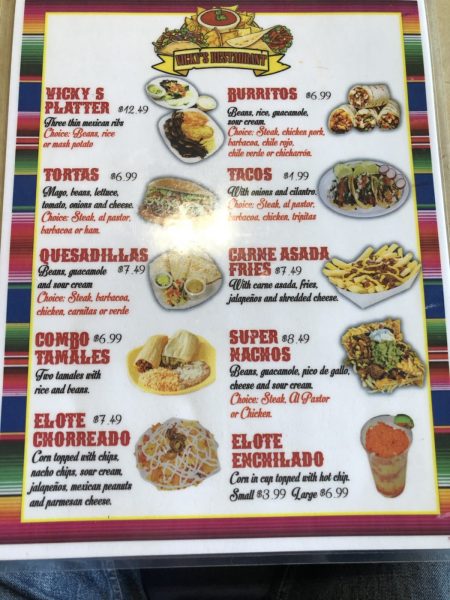 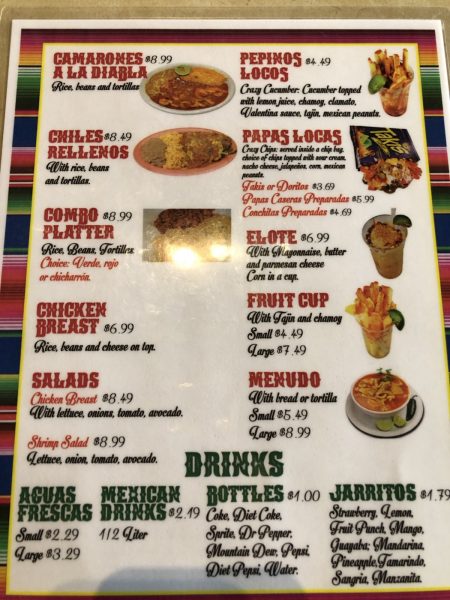