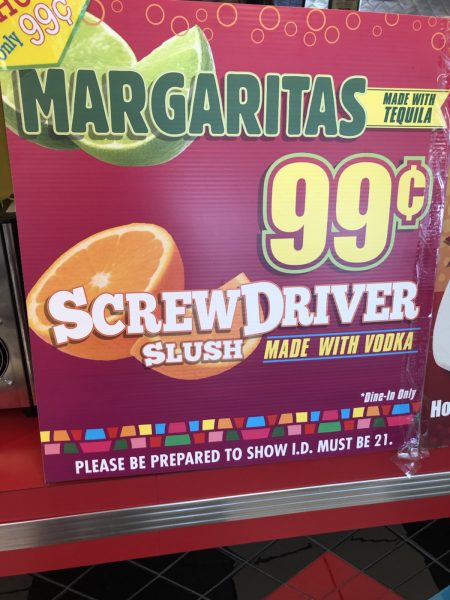 Disclaimer: If you are against restaurants serving alcohol or against drinking in general, this blog is not for you.

So with that out of the way, let’s talk about Spangles latest introduction to the fast food scene: 99-cent margaritas with tequila and Screwdriver slush with vodka which are now available at all Spangles….. dine-in only of course.

The drinks run 99-cents or you can get a Grande version for $2.99. I didn’t get any of the details on the Grande but the 99-cent option comes with one shot of alcohol. You can get a second shot for 99-cents. 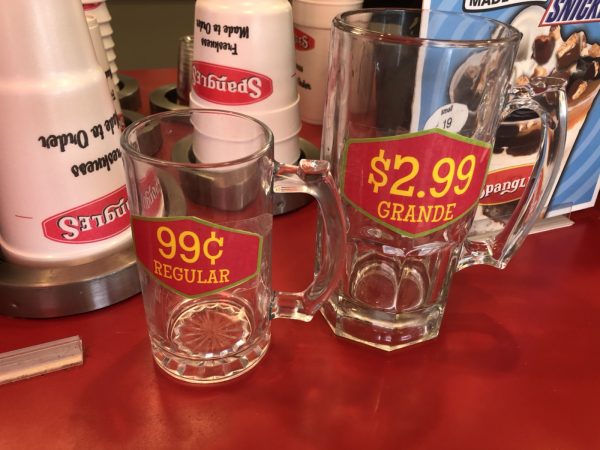 The margarita also comes with a strawberry option with I did not order.

After being carded, I was served both of my drinks. Focusing first on the margarita, it tasted more like the mixer than anything. Perhaps I’ve had too much tequila in my lifetime but I really couldn’t detect much alcohol to it. Maybe splurging an extra 99-cents for an extra shot would have done the trick. By no means was it comparable to a top shelf margarita or even some of the best in town but for 99-cents (or $1.98 if you purchased an extra shot), it was pretty standard and fair all things considered.

Moving on to the Screwdriver Slush, I had the same feeling in regard to the alcohol. I couldn’t taste any vodka in it. But since I love their orange juice slush, I had no problem chugging as much down before my brain freeze came on. Pro Tip: a regular orange juice slush costs $1.79, $2.19, and $2.99 for a small, medium and large. If you are dining in for breakfast, you might as well just get a screwdriver slush for 99-cents. All in all, both drinks were not bad by any means. 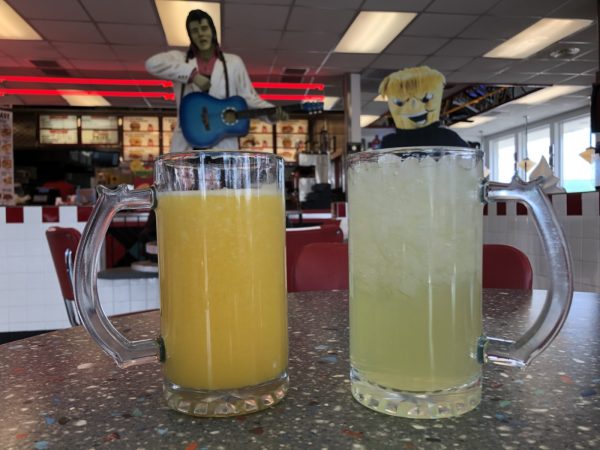 There was an older couple behind me who ordered a strawberry margarita and a screwdriver slush. As I was leaving, I asked them how they liked their drink. They both gave me a smile and said they really enjoyed it.

Some people like to have a nice alcoholic beverage with their meal. That’s probably what Spangles is aiming for. I’m not sure how many people will plan to go to there and just get drunk; that’s likely not their target demographic.

I think next time, I’ll order an extra shot though.