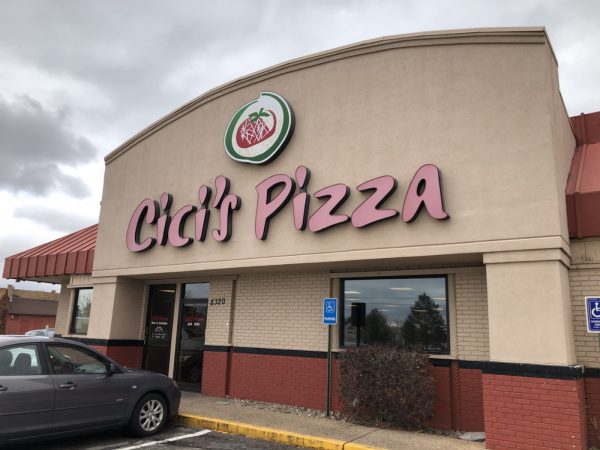 The American buffet pizza chain was founded in Plano, TX in 1985. Since then, they have expanded to over 400 locations in 32 states. They have also rebranded themselves as just Cicis where they removed the word pizza and the apostrophe. But let’s face it, we all really know them at Cici’s Pizza so that’s what I”m sticking with. Wichita used to have multiple locations but now has just one at 8320 W Central where they are open daily from 11am to 10pm.

Cici’s Pizza has a small little game room but their big focus is the unlimited pizza buffet that runs $6.19 for adults and $4.19 for kids. The kids price is for kids ages 4-10 and includes a drink. The adults buffet gets all the pizza, salad, pasta and dessert you want. New to their menu is wings but that isn’t included in the buffet.

Here’s a quick look at their buffet line: 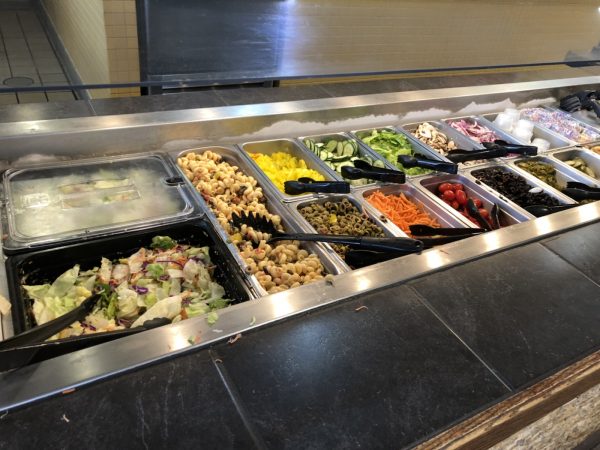 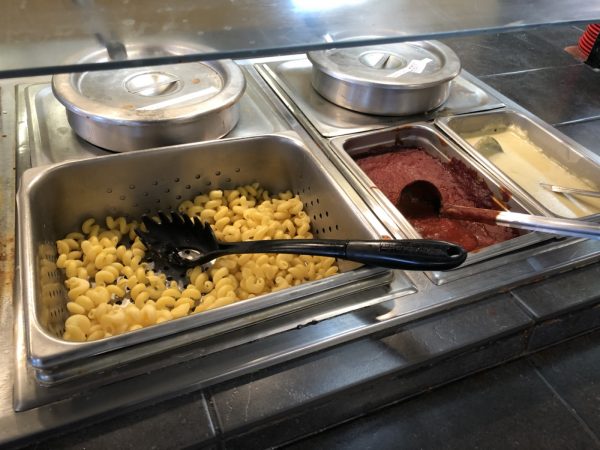 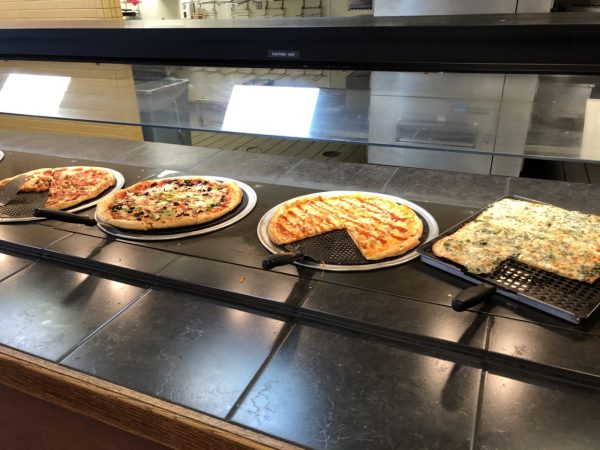 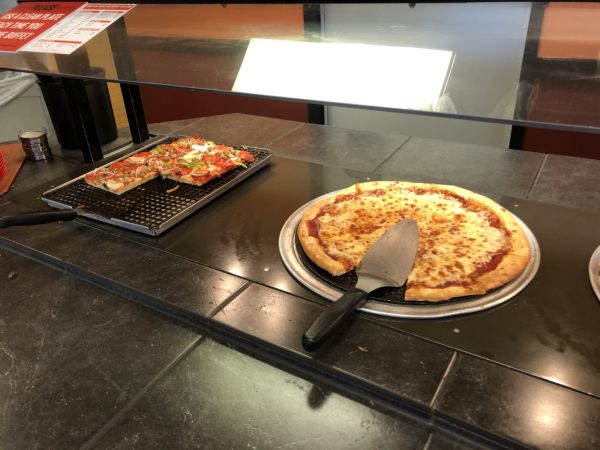 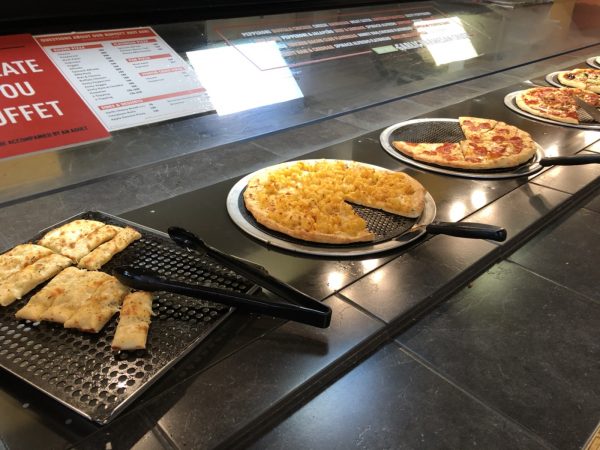 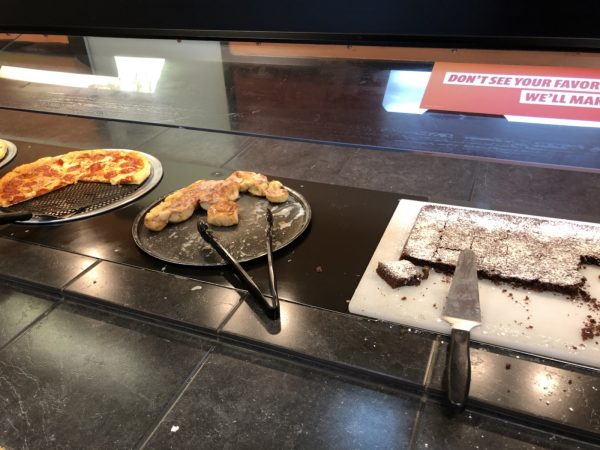 One of the nice things about Cici’s is if there’s any particular pizza you want, they will make it for you.

So let’s start off with the good. I’m such a sucker for their version of chicken noodle soup. It’s cavatappi noodles with small bits of chicken swimming in broth. I went through maybe 4-5 bowls of it. If the noodles weren’t soggy which they were at times, it was satisfying. It’s not great but it was a small guilty pleasure….. perhaps because by comparison the rest of the buffet was a fail. 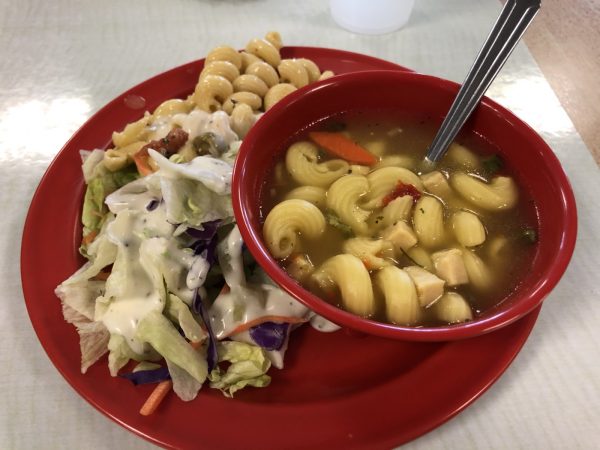 So how do I put this lightly?

Cici’s Pizzas has possibly the worst crust of all pizza options in Wichita. It’s almost cardboard thin with a cardboard texture and what appears to be cardboard flavoring. If it walks like a duck and talks like a duck, is it actually cardboard? I dunno. But what I do know is it didn’t make for good pizza.

They were generous on any pizza that required vegetables but any pizza that had a meat protein on it, they used very sparingly. I tried around 4-5 different slices before calling it quits and going back to my soup.

If you love cinnamon rolls, perhaps Cici’s is a good break from their pizza. They kept a fresh set of rolls out at all times because people kept going back for more. They were VERY ooey and gooey. 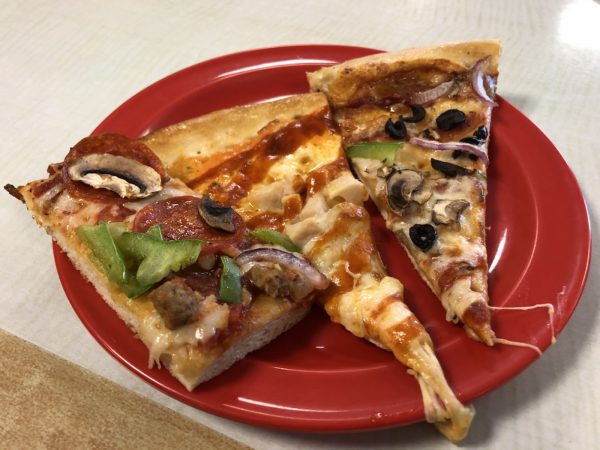 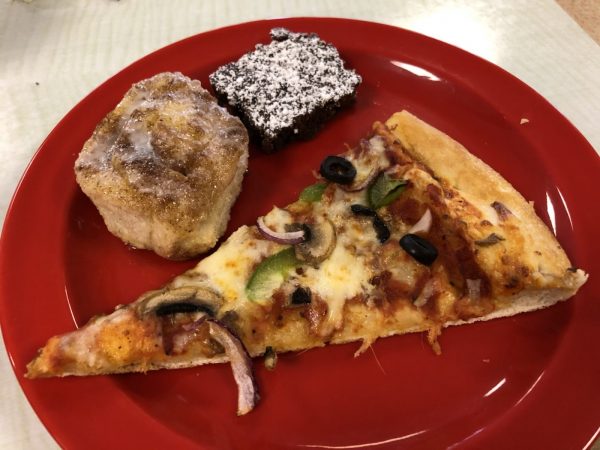 What’s the biggest draw to Cici’s Pizza? It has to be the value. People can have their lunch or dinner here for just $6 and change and stuff themselves. Some people love a good value where they have access to all the food they want. It doesn’t even matter on the quality. I figured the restaurant would draw a large teenager lunch crowd when I arrived as it was right across the street from Bishop Carroll High School. It was packed but not a single high schooler to be found inside. Just families and adults eating away. 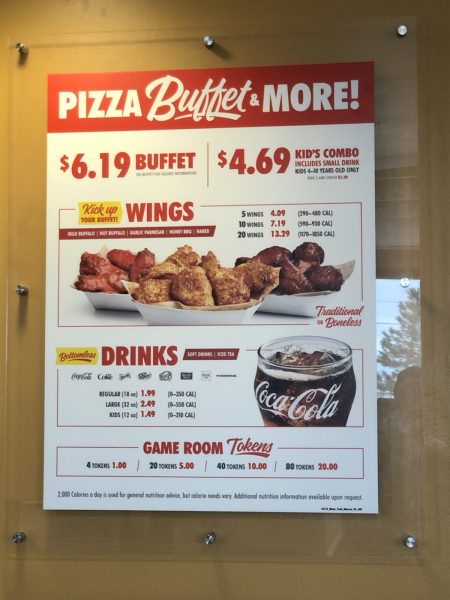 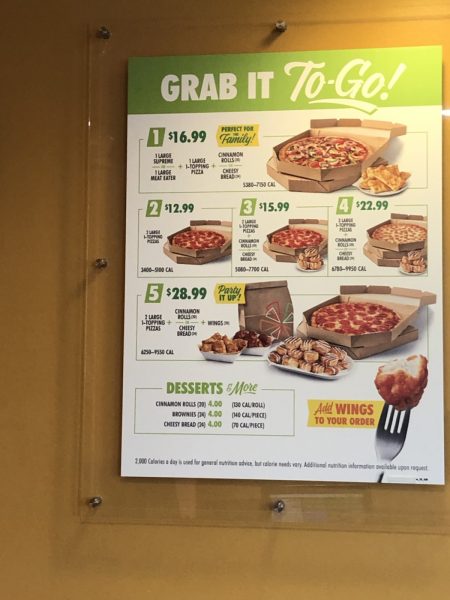