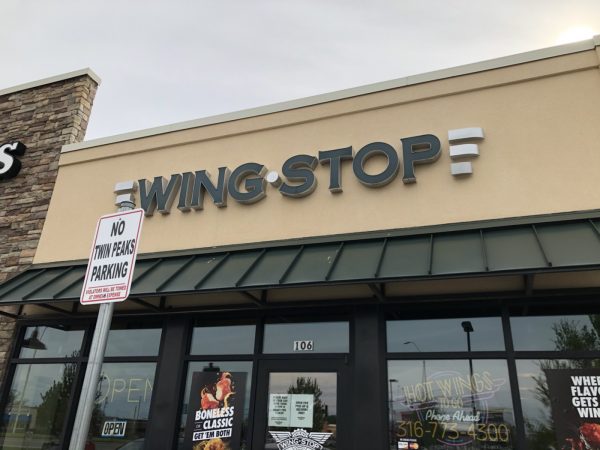 Wingstop is a chicken wing restaurant that was founded in Garland, TX in 1994. They started franchising in 1997 and to this day have over 1,250 locations across the United States, Mexico, Colombia, Panama, Singapore, Indonesia, Malaysia, UK and the United Arab Emirates.

There is one Wichita location at 7325 W Taft St. We stopped by to check it out for our weekly #SaturChains stop.

The Wingstop menu consist mostly of boneless and bone-in wings, 11 sauces and sides. 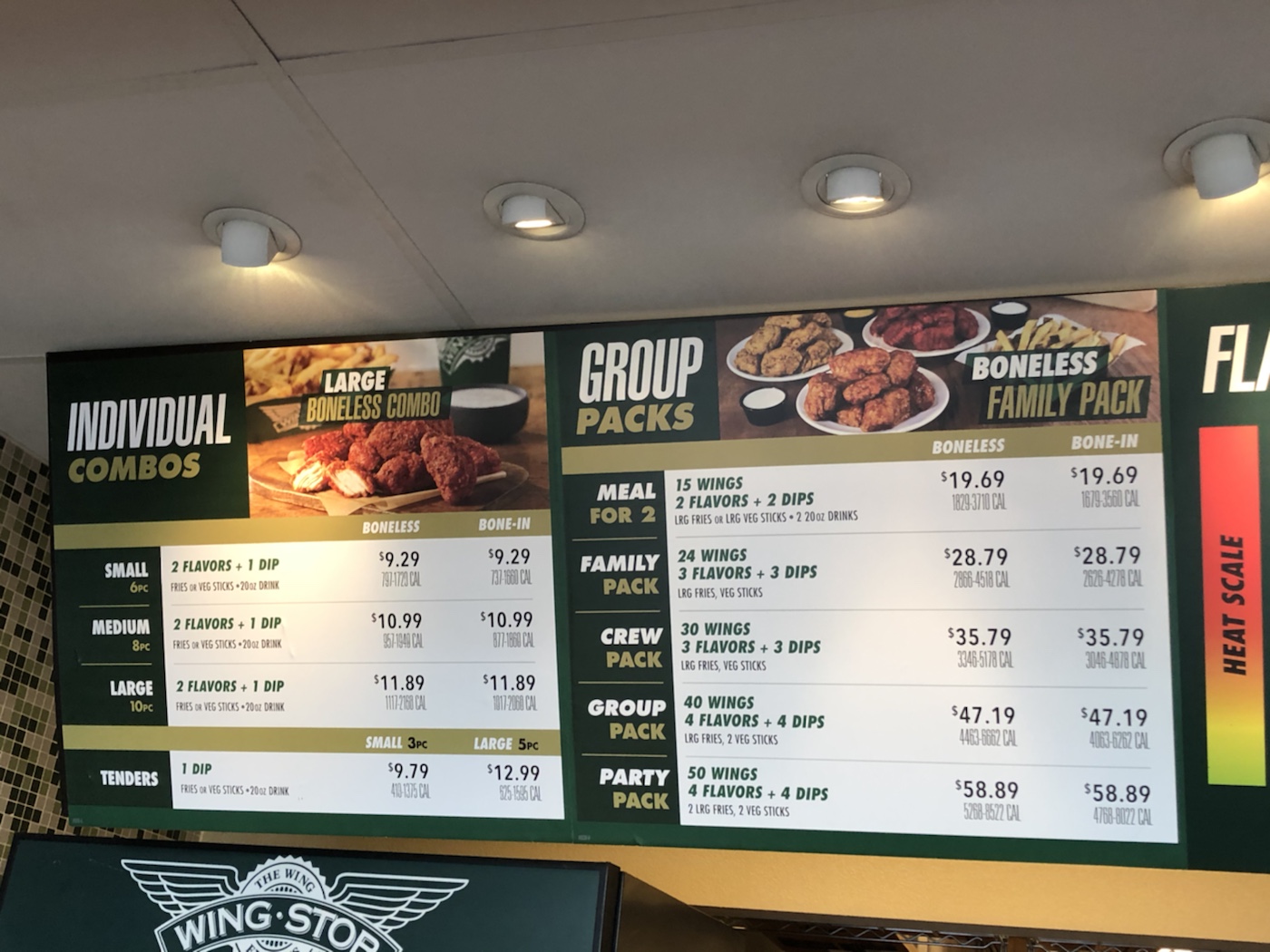 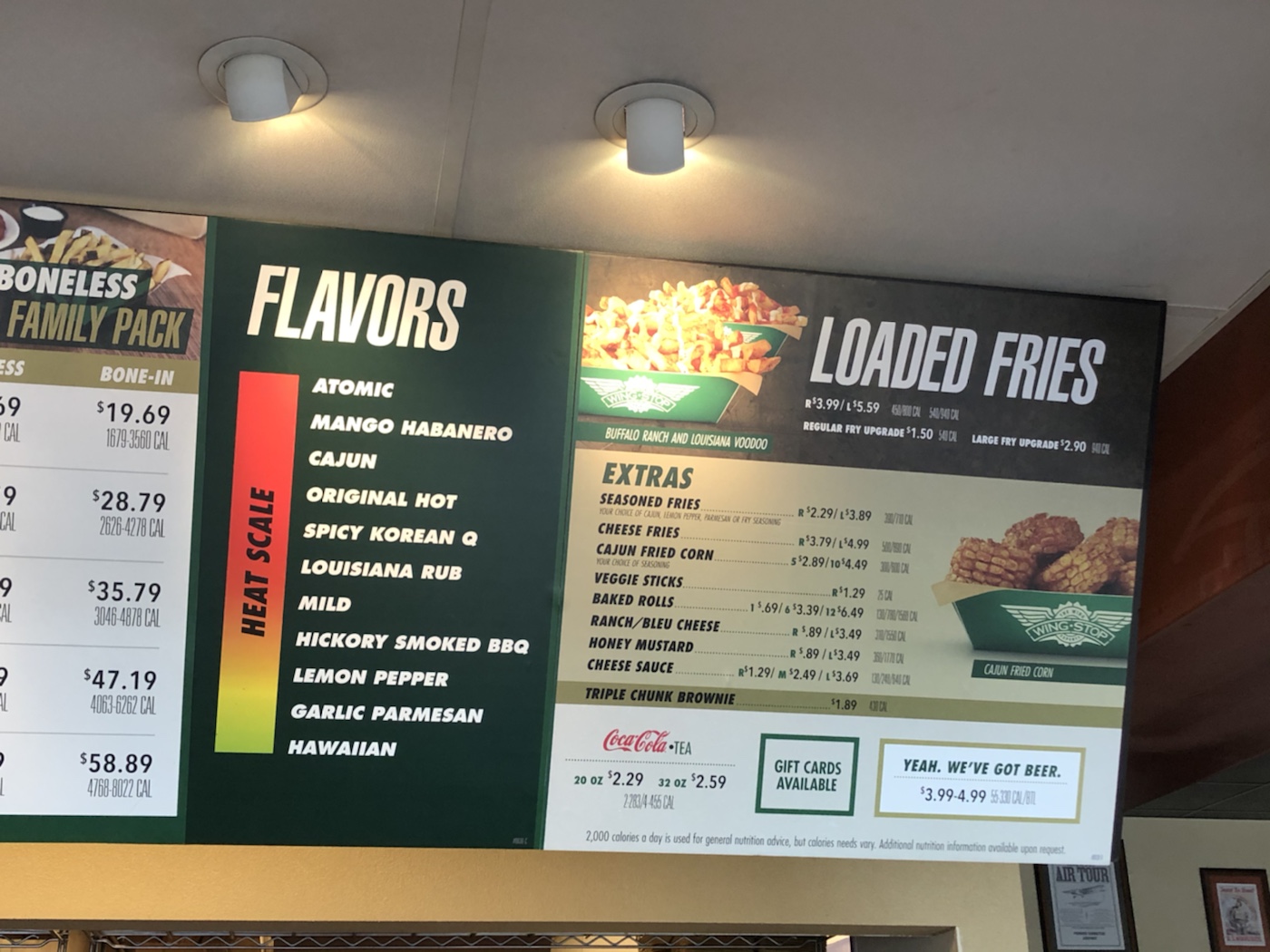 On our visit, we opted for the Meal for 2 pack that ran just shy of $20. It included 15 wings (bone-in of course) with two flavors, one side of veggie sticks and two drinks. While ordering, I saw some Cajun fried corn that looked appealing so ordered that as well. It took around 15 minutes to be made which wasn’t long at all.

Obviously the biggest competitor for a chain like Wingstop is Buffalo Wild Wings so it’s hard not to compare the two. Wingstop wings were much meatier and the flavors were more prevalent. I had the Cajun and Lemon Pepper flavors. The Cajun wasn’t so heavily drenched in sauce, I liked how it wasn’t so reliant on the sauce. The Lemon Pepper had a thin crispy skin and with a nice lemon zing to it. While it was probably a little on the salty side, it was still pretty enjoyable. Compared to the first time I’ve ever been to Wingstop, the wings were a much better improvement from what I recall.

The Cajun fried corn however were a letdown. It was roughly $3 for five small pieces of corn that were more soggy than anything. I was hoping they would have a nice roasted texture. As for the veggie sticks, they did not hold back on offering a ton of carrots and celery. 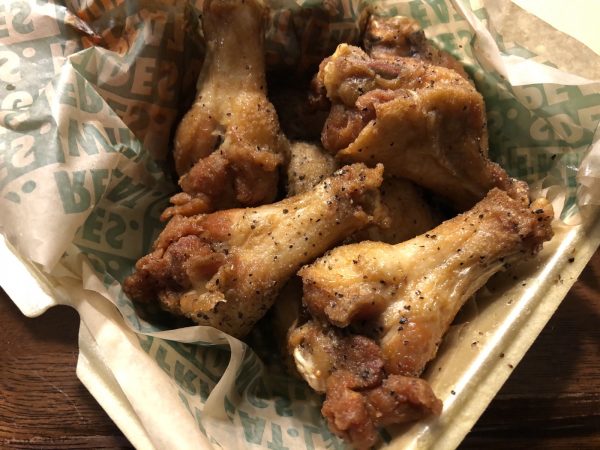 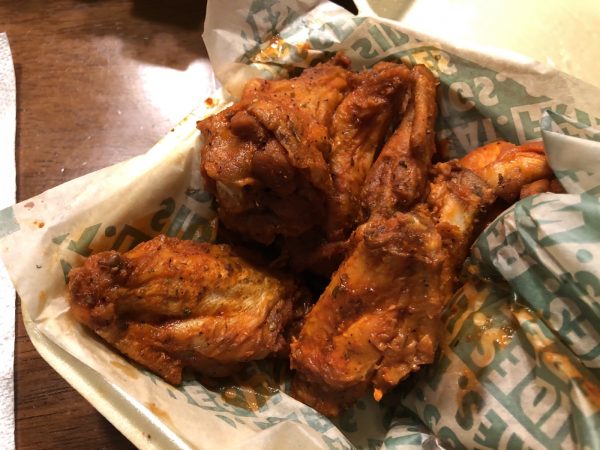 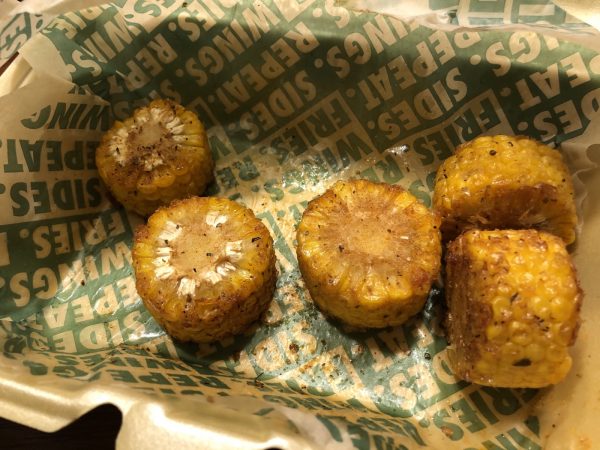 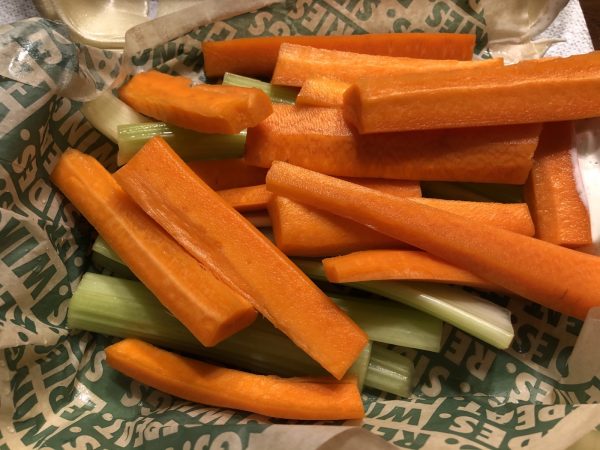 Overall, “not bad” was the first thought that came to my mind. While I definitely have my favorite wings around the local stops, I’d give Wingstop a nod above their main national competitor. Price-wise it felt costlier than many options around town. But value is different for everybody, so I’ll let you decide that yourself.