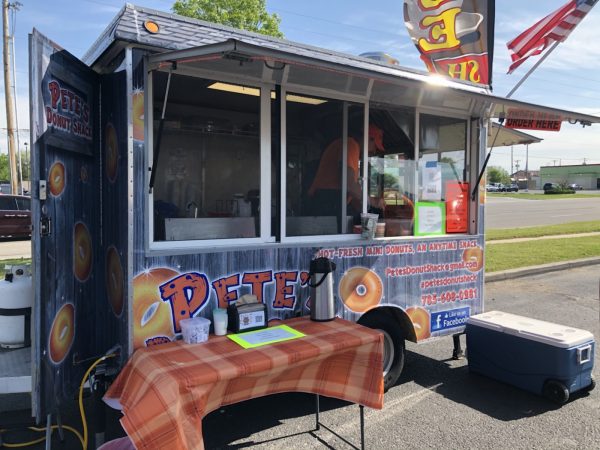 I love mini-donuts. They are cleaner and easier to eat. I firmly believe the bite-size treat makes for a more enjoyable donut experience. Unfortunately, Wichita hasn’t been too kind to the industry with two mini-donut restaurants closing down over the past couple years.

But one man has taken it upon himself to fix the issue by avoiding the brick & mortar and going the food truck route. Introducing Pete’s Donut Shack.

The food truck sells mini-cake donuts that are made right in front of you. They debuted over the weekend at Westway Marketplace. There was a decent size line going all morning. Despite the breezy windy morning, we still made our way out to give them a try.

With the opening weekend, the menu was limited to mini-donuts topped with cinnamon and sugar. Hot coffee and hot chocolate were also available.

Here was the opening day menu: 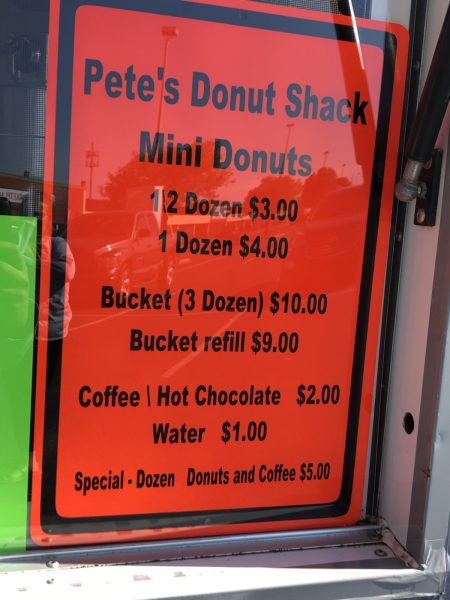 The 3-dozen bucket looked like the best value. 36 donuts for two people? Duh! Plus the nice part about bucket was you could bring it back for a refill at a lower cost.

Even though Pete’s Donut Shack was getting slammed with orders, they still did a pretty good job of getting orders out to customers as quick as they could. I saw people getting their donuts anywhere between 3-10 minutes.

Once we received our order, we quickly scurried over to the car and tried to pack as many in our mouths before heading home. The donut bucket also made for an excellent car air freshener. Later that day when I had to run some errands, my car had a mini-donut aroma going on……. how’s that for an added value?

As for the mini-donuts themselves. I don’t have a single bad thing to say about them. They were light and fluffy. Plus you can never go wrong with sugar and cinnamon; there was a nice coating of it on each donut. 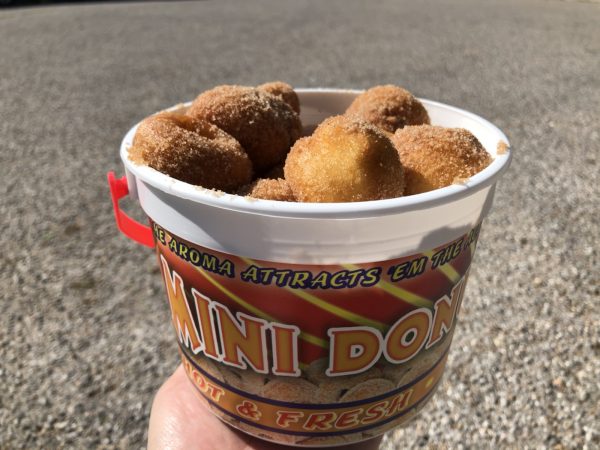 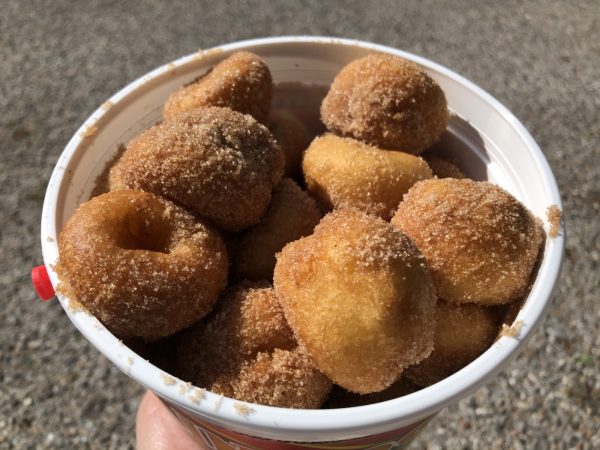 Pete’s Donut Shack was an awesome way for our to start our morning. They should be a great addition to some of the food truck rallies around town. Two thumbs up from us!