There’s a subset of readers who believe I should only be writing out restaurants. This blog has no hard set guidelines of what has to be posted on here. I choose to write about anything and stick to nearly zero rules.

So more often than not as a response to people who believe otherwise, I’m going to start writing random blogs about things that have absolutely nothing to do with restaurants or local businesses.

Today, I’d like to discuss my personal top 10 personal favorite videogames of all time. These were games I was raised on and spent countless hours playing. While I don’t play videogames as much anymore because my reflexes are old and I suck at them now, there was a time that’s all I ever did. Through my life, I’ve owned many videogame systems: Atari, NES, SNES, Sega Genesis (SegaCD and 32x included), Sega Saturn, Dremacast, Playstation, Nintendo 64, Playstation 2, X-Box, Gamecube, Nintendo Wii, Nintendo Wii U and now a Nintendo Switch. I was for the longest time a typical gaming nerd and loved every second of it.

So without further ado, here are my favorite games: 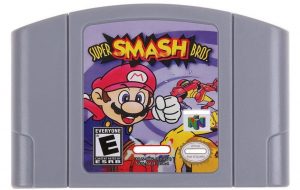 Super Smash Bros. is a crossover fighting video game that came out in 1999 while I was in college. It was a game that allowed you to play as Nintendo characters and battle each other 1 vs. 1, 2 vs. 2, 1 vs. 3, etc.. In college, we would spend hours playing this game. During my senior year in college, I spent more time playing this game than going into class. It’s my favorite game of all-time and one I still love to pick up and play every now and then especially if I’m at a videogame bar. I feel I’m nearly untouchable in this game.

When it comes to nostalgia, nothing will beat Super Mario Brothers. I remember getting the NES as a Christmas gift for my brothers and I from my parents. That was the one Christmas we pulled an all-nighter trying to beat the game. Back then we didn’t have YouTube to try and figure out the puzzle to beat level 8-4. 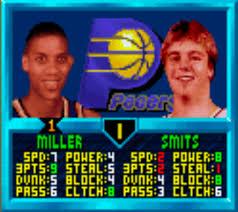 For sports games, more hours and quarters were spent playing NBA Jam. I had it for the Sega Genesis. My team of choice was of course the Indiana Pacers and my childhood idol, Reggie Miller. There were many memories going to Aladdin’s Castle in Towne East and throwing away quarters playing this game. Anytime I’m at The Arcade, NBA Jam is one of my first games I play.

When it comes to total hours put into a game, Dr. Mario World takes the cake. I grew up playing Dr. Mario for the original NES and it carried on to the Nintendo Wii. They had an option that allowed you to play online against other people around the world. I’ve never been into playing online video games but this one was addictive. Even as an adult there were times I would pull an all-nighter playing this online before going into work the next day. 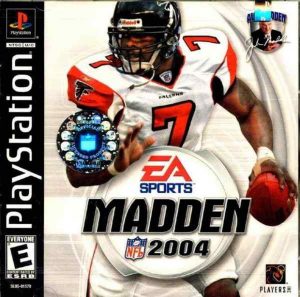 This was probably the last of the Madden games I played. After 2004, my videogame skills started to deteriorate and future systems had too many buttons for my old ass. 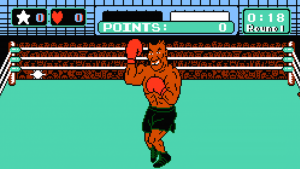 As a child, this was probably one of the most exciting games I ever received. All the trial and error trying to figure out the secrets of each boxer from King Hippo to Soda Popinski to Great Tiger to Mike Tyson himself was loads of fun. 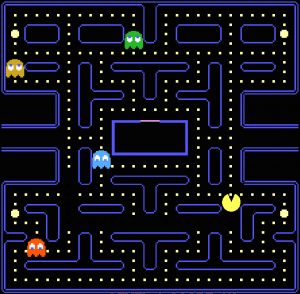 We used to spend all day at a local grocery store where my mom worked at when I was young. Many of those days were spent sitting at the Pac-Man arcade game. I remember my mother taking breaks or time after the store closed to play this game. I would watch her mesmerized by her skill. 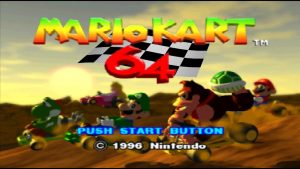 A popular party game for my friends and I was Mario Kart 64. There was only one mode we would play too: Battle Mode. 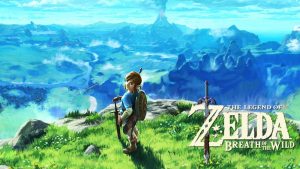 9.) The Legend of Zelda: Breath of the Wild (Nintendo Switch)

I was never into Zelda games growing up and never beat a single one of them. My brother and some friends were very much into them so sometimes I would watch them play but that was about it. When I purchased a Nintendo Switch, there weren’t very many games out so I purchased Breath of the Wild and gave it a try. I was hooked immediately. It’s easily the most beautiful game I’ve ever played. 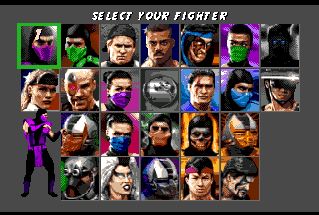 The first fighting game I ever got into was Mortal Kombat for the Sega Genesis. I preferred that over the SNES version because there was blood shown which was a big deal back then. I played Mortal Kombat and Mortal Kombat 2 but when the Ultimate version came out, there were so many fighters I was blown away. Of course I only played Lui Kang. 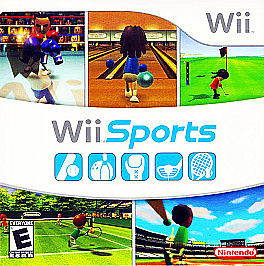 Wii Sports was the ultimate party game. Who didn’t play this with friends and family? We used to have bowling and tennis tournaments. I had a friend who even broke a TV during bowling. Sooooo many memories with this game.