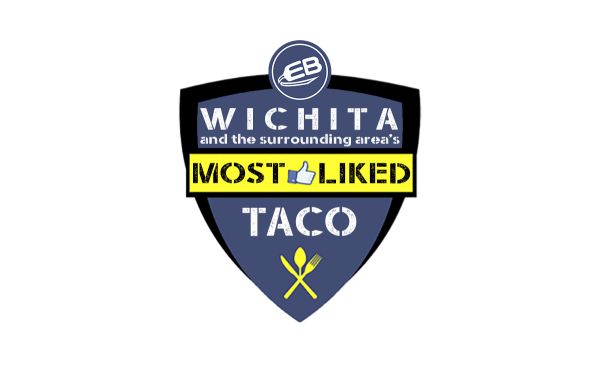 Our largest tournament bracket to date completed its fourth round. For those new to this, I wanted to go big with the latest social venture. There are arguably more places to get tacos in Wichita than any other type of food. When I set out to set up the bracket for Wichita’s Most Liked Taco, I wanted to go big and do something the city has never seen before: A tournament bracket featuring a whopping 128 restaurants, food trucks, and pop-ups around town dishing out tacos was the end result.

Over the past few weeks, readers had their chance to vote on matchups via Facebook. The fourth round featured eight matchups. In those eight, the restaurants that failed to advance were Ruben’s Mexican Grill, El Viejito, Mr. Taco (Tacos Alex), Rene’s Mexican Food, Tacos Fajita, Uno Mas Fresh Mex, Pollo Express and Los Compadres. There were plenty of big names who lost this week which caused a ruckus among many voters and even some very hateful comments that took me by surprise. Actually, I shouldn’t be surprised. Facebook is a breeding ground for many hateful people. Many comments came about questioning Wichita’s taste in food which is funny because food is ultimately what someone’s individual preference is. Imagine if people started judging those same people’s taste in who they date or marry? It could get ugly fast!

With all that aside, the people who have been able to enjoy the Most Liked Taco Tournament for what it is are the ones this is geared towards. And while it is for fun, I’m sure any of the restaurants would love to eventually take home the bragging rights as it could be a good boost for business. Past restaurants who have won or made it to the Final Four of our Most Liked Tournaments have seen a boost in business so it’s nice to be able to indirectly provide that.

For the EL-EAT 8, I made an executive decision. I wanted the matchups further down the line to be more competitive so I reseeded the matchups based on total votes from all previous rounds. Similar to the NFL, I just wanted more action. They’ll once again be reseeded for the Final Four where we should likely have some epic matchups.

Those are the matchups everybody on Facebook came up with.

REMEMBER, the results of this post don’t necessarily mean they are the best taco but more of which place has the most online support thus Most Liked. So if your favorite place doesn’t win, please cry to your parents….. not me. This all comes down to social media support. In the end, I hope you can find some new taco options you may have never heard of or tried! And just like the previous bracket, I will not be voting in any bracket. This will be left strictly to the general audience.

If you’d like to vote, you can find the four matchups on the Wichita By E.B. Facebook page. So with that said, here’s the updated bracket. 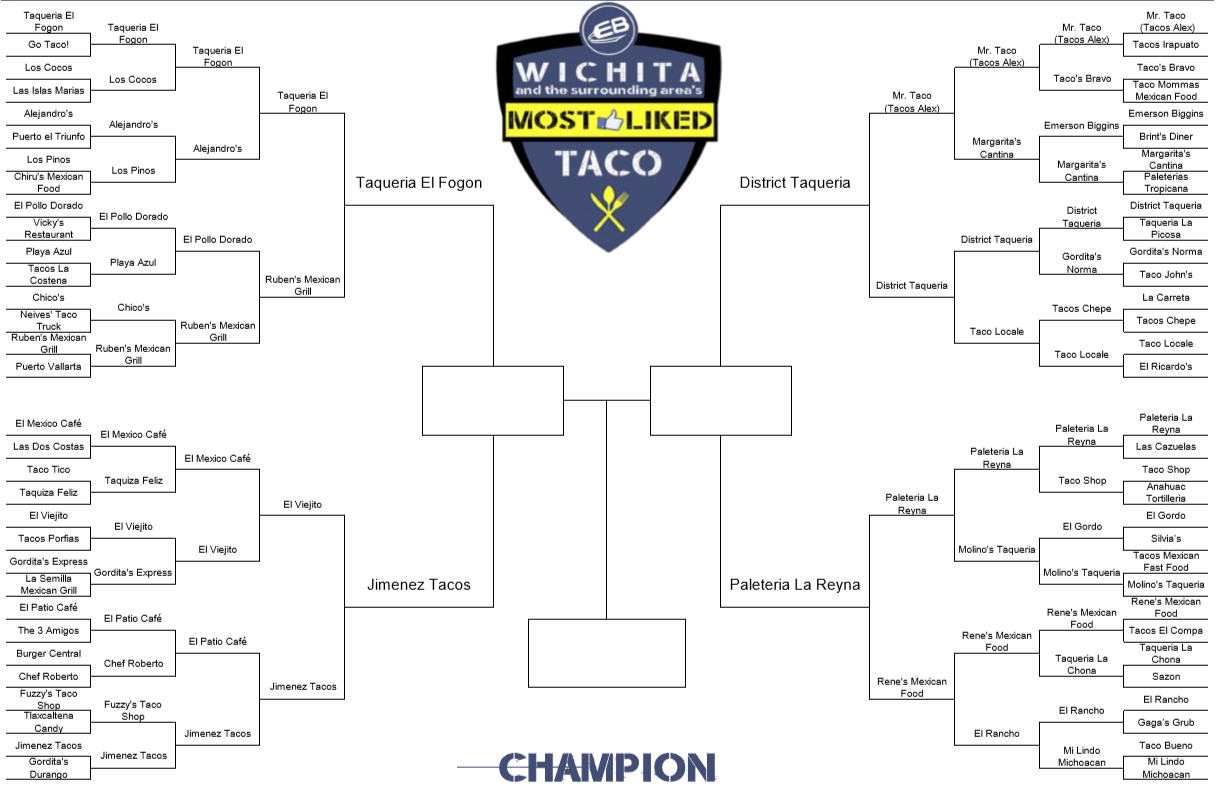 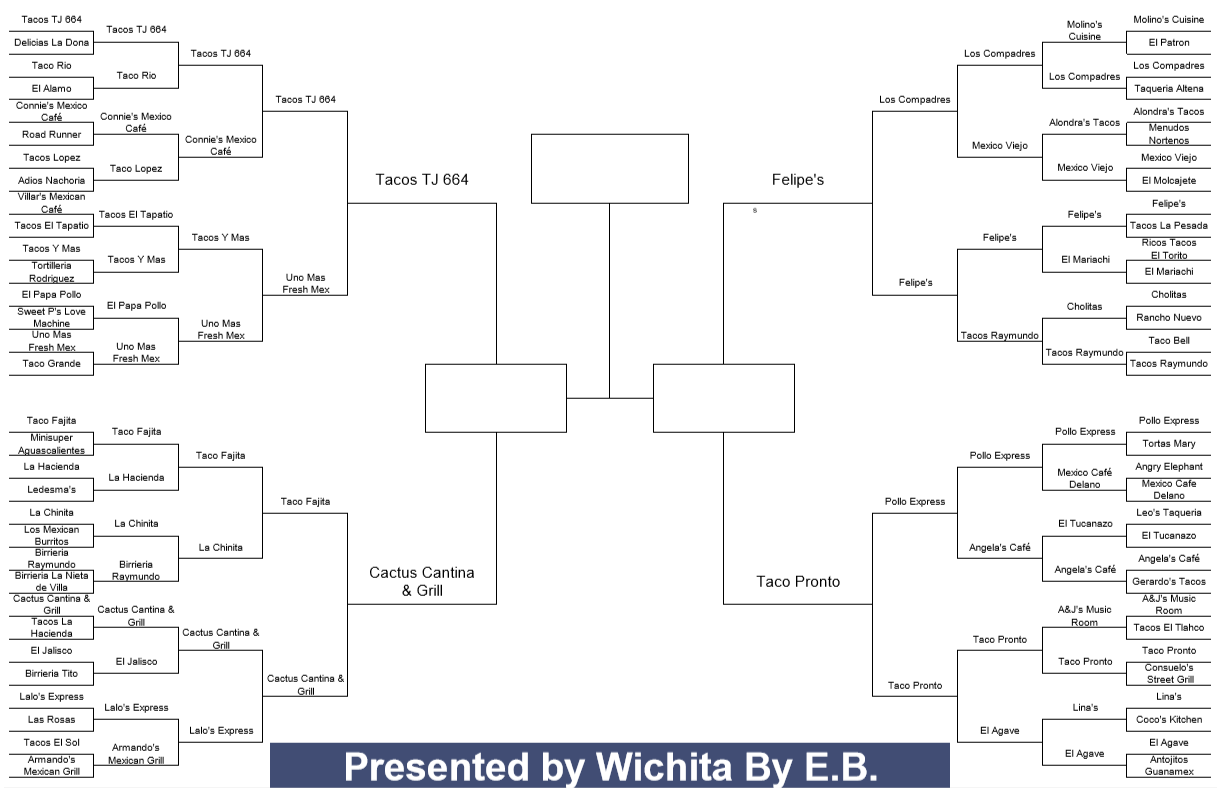