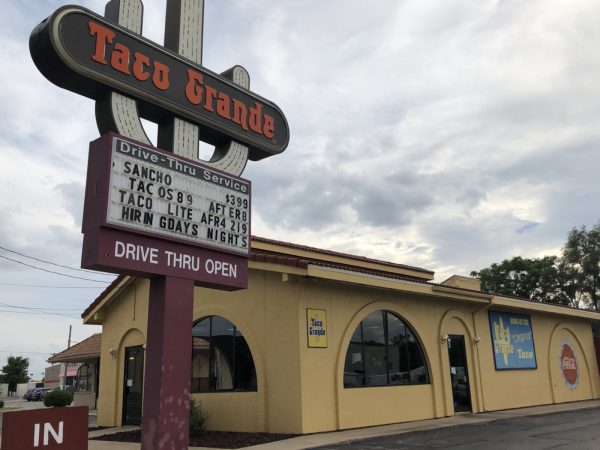 Of all the fast food taco spots in town, the last one for me left to review was Taco Grande. It was a Tuesday and we figured that was a great day to swing by one of the two locations in town. We opted for the south Seneca one and ordered carryout.

Before we begin, let’s set the record straight. I enjoy a fast food taco every now and then. There’s a segment of diners who believe it’s heresy and hypocrisy to even admit that. They think only “authentic tacos” are worth it and anybody else who believes otherwise must be garbage. In that case, I’m completely fine with being garbage. I appreciate a great street taco but at the same time can open my palate and eyes to a whole other world of tacos out there whether it’s Korean tacos, choco tacos, fried tacos, fast food tacos or whatever it may be.

So with that out of the way, where does Taco Grande sit on the totem pole of its fast food counterparts?

On our visit we ordered a handful of tacos that were on special for 89-cents, a taco burger, a beef enchilada meal and some nachos.

Starting off with what the kids had, the taco burger was decent. It didn’t have as much meat compared to many of the others in town. The bun was nice, soft and form-fitting to the hand but the lack of meat was kind of a deterrent to enjoy it at its fullest. The nachos were about as basic as you could get and we knew that going into it. The kids enjoyed the cheese sauce by fast food standards and the chips were slightly on the stale side; not much crunch at all to them. 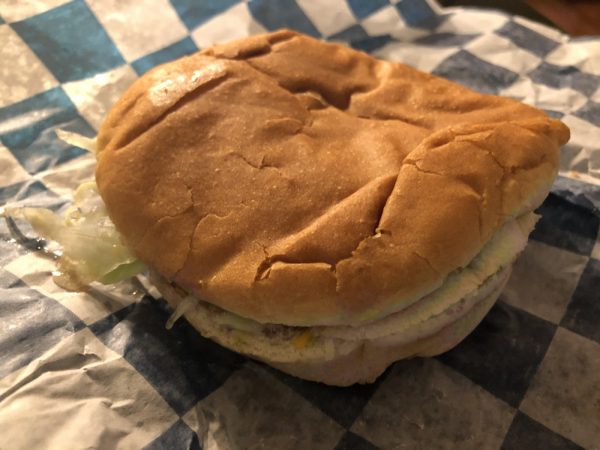 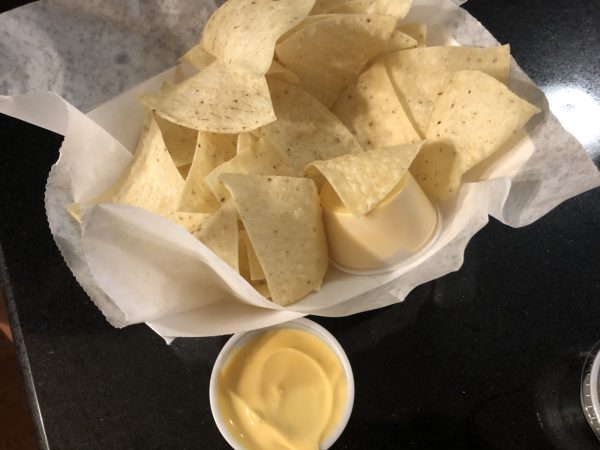 First up for me were the beef enchiladas. The picture isn’t the best as I forgot to take it at the start but it was probably as good as it looked. It wasn’t a long ride home but the enchilada hardened up quick and was not good at all. The cheese was tough and had a rubbery exterior and there wasn’t much flavor to it even with all the sauce poured over the top. 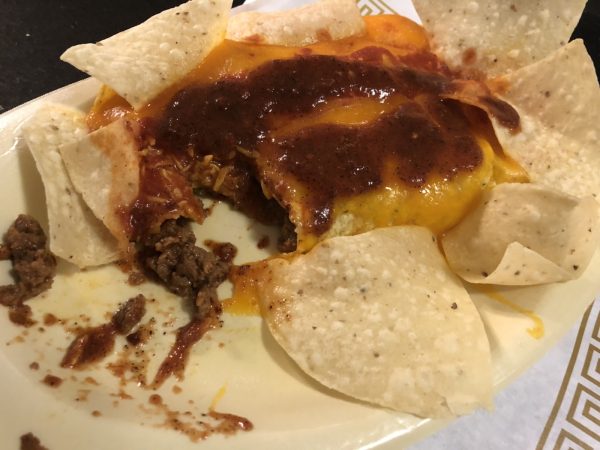 The hard shell tacos were easily the best part about our lunch. There was a decent amount of meat poured in each one. The shell did a fantastic job of staying together despite the massive amount of grease. I loved the extra hot sauce as it brought on a flavorful type of heat that kept me coming back for more.

If you love a good greasy cheap taco, this is for you. 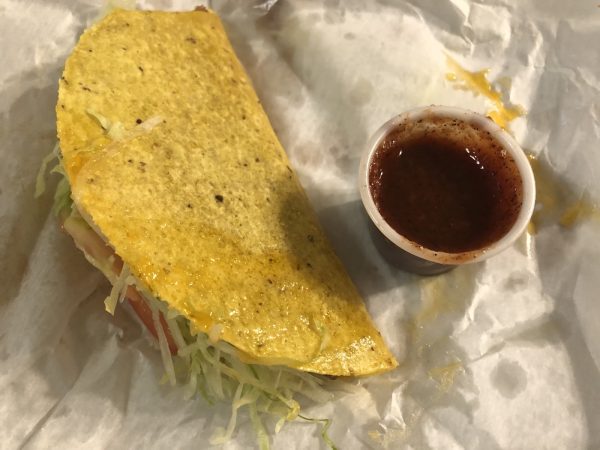 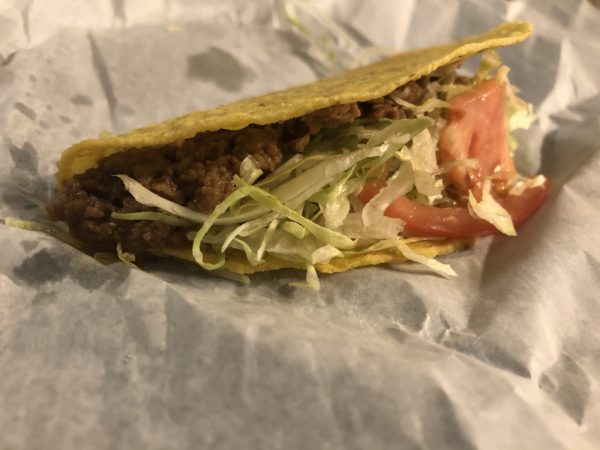 One big factor that I highly enjoyed on my visit to Taco Grande was the staff. It was all ladies and they were so gracious, engaging and just nice people. The small chatter I had while waiting on my food made me feel at home.

As for the food, the tacos were good and probably up there on the fast food taco ranking. The rest of the food though was underwhelming and a pass for us. 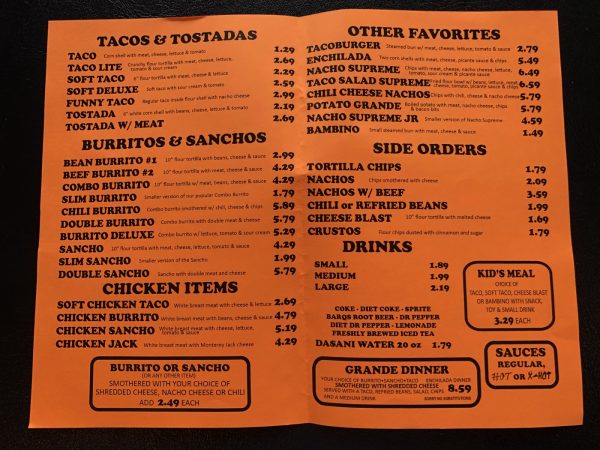