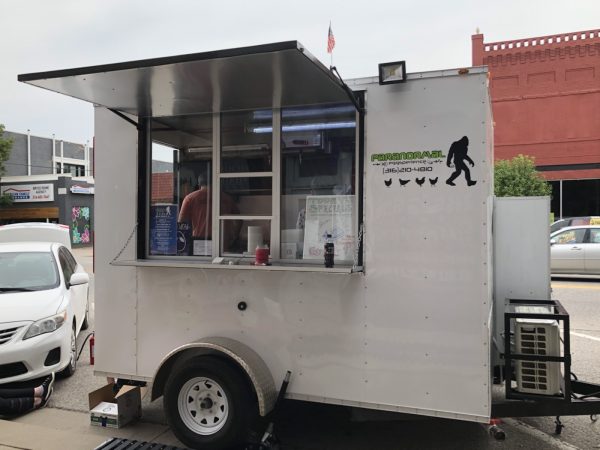 There’s a breakfast food trailer that opened earlier this year called Paranormal Eggsperience. Their menu features breakfast staples with names inspired by paranormal and mythical (or perhaps real) creatures. They were parked out in Delano, so I swung by for breakfast to check them out.

Many of the items on the menu feature many of the same ingredients. There’s bacon, cheese, egg, country sausage but you can have it served in multiple different ways. There was a burrito with everything in it, a spring roll stuffed with those same ingredients, a flatbread version of it, tots topped with all the listed ingredients. There was also a sandwich made of Texas toast and stuffed with everything mentioned. Basically, you could have eggs, country sausage, bacon, and cheese any way you want it.

I ordered nearly everything on the menu. There was the Bigfoot Burrito named after the hairy, upright-walking, ape-like creature reportedly seen in the Pacific Northwest. They had spring rolls and egg rolls named after Jekyl and Hyde. At the time I stopped by, they only had Hyde (egg rolls) ready, so I went with that. I also had the flatbread called the Chalupacabra and I can’t even describe what that creature looks like, just google it. Then I rounded out my breakfast with the Loaded Squatch Tots which were tots loaded with everything on it along with the Jefferson which was a sandwich made with Texas Toast.

All of this for two people: 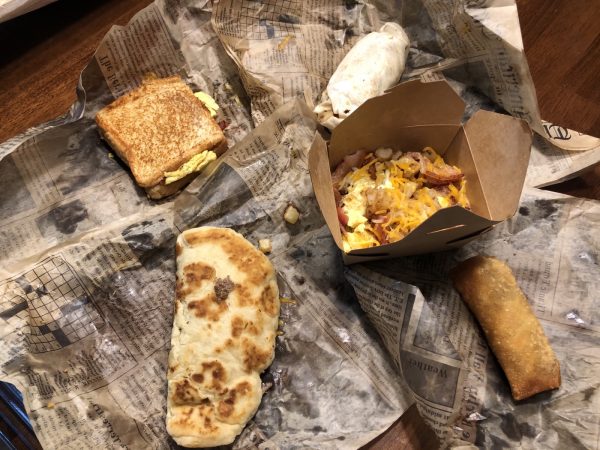 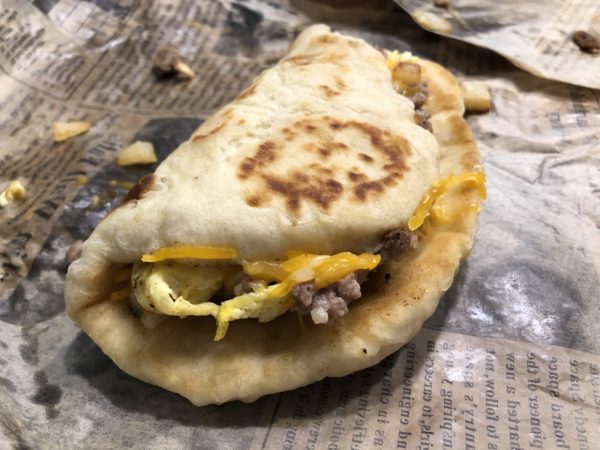 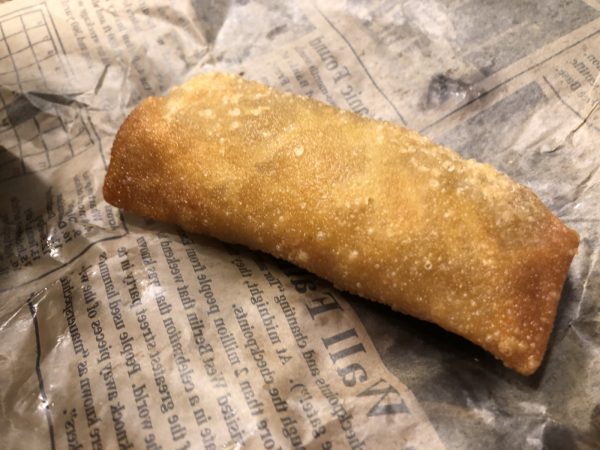 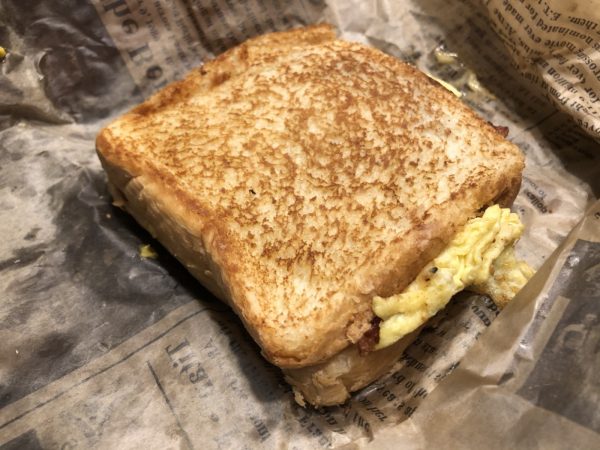 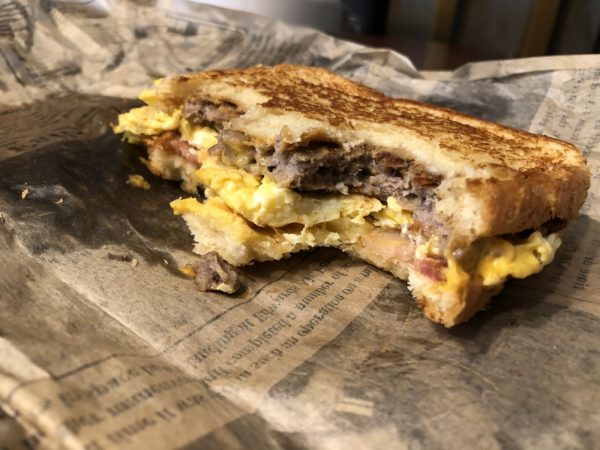 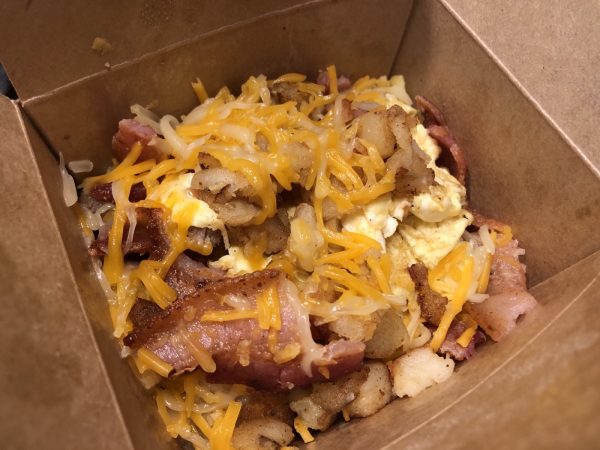 If you love breakfast which we do, you’d really enjoy this. I’m not sure I’d recommend going all out like we did as it was too much food. But pick your poison and go with it.

The Jefferson which was the special of the day was a great sandwich, albeit heavy and worthy of a nap afterwards. I highly enjoyed the Loaded Squatch Tots. It was like one of those big breakfast bowls but in a box. The egg roll was also fantastic especially dipped in their sweet Thai chili sauce. Next time, I will have to get the spring rolls.

Speaking of sauces, they had six available to choose from. My favorites were the aforementioned sweet Thai chili sauce and their Firestarter which was a really flavorful hot salsa. 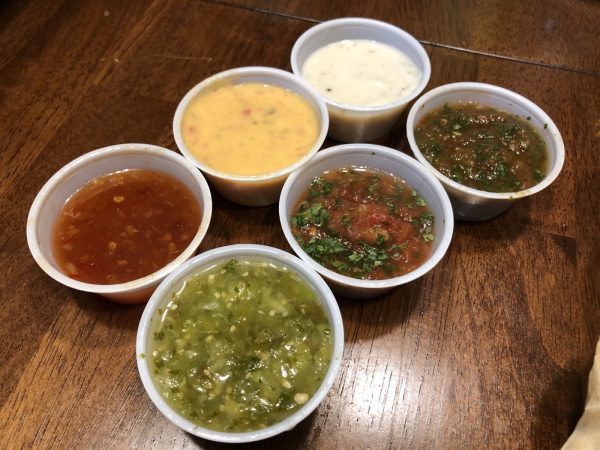 Somehow we saved room for dessert and ordered their Pukwudgie which was a chocolate cookie. I’ve never heard of a Pukwudgie but after looking more into it. It is a human-like creature found in Delaware and Wampanoag folklore, sometimes said to be 4-to-5-foot-tall. According to legend, Pukwudgies can appear and disappear at will, lure people to their deaths, use magic, launch poison arrows, and create fire. Guess that means, I won’t be traveling to Delaware anytime soon. 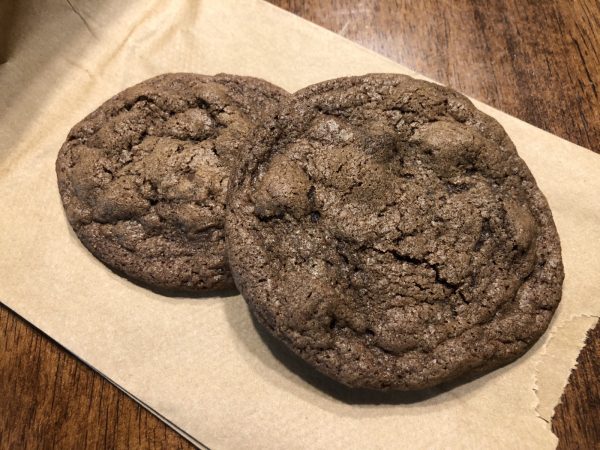 All in all, it was a great little food truck stop for us. Not many breakfast-themed food trucks out there and I love having a good mixture of unique trucks in our city’s fleet. Definitely worth checking out. Check out their Facebook page for more.

I’m literally egg-hausted so I’m headed to take a nap. 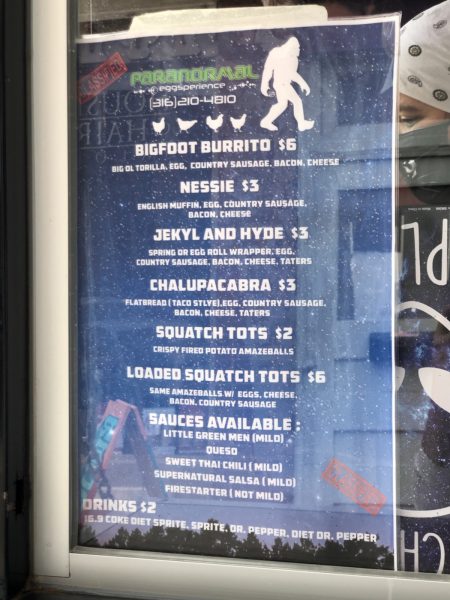 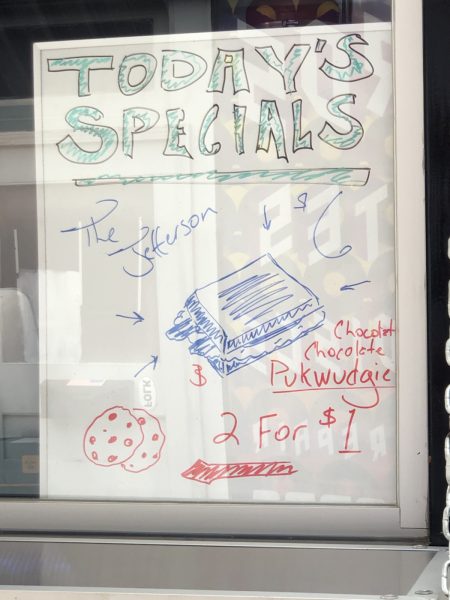