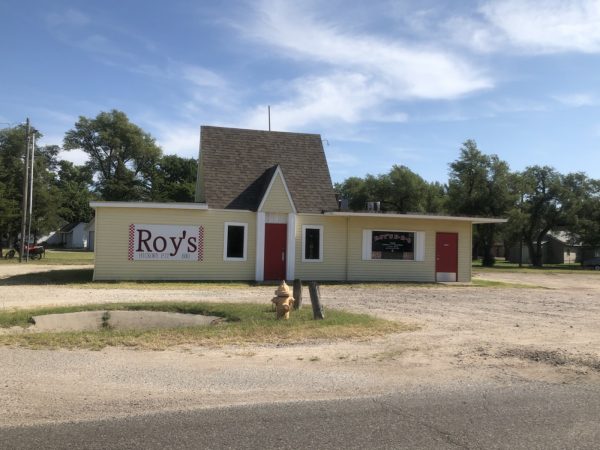 This review hurts to write. Not because I had a bad meal but because I’m so incredibly full right now and I’m suffering from the meat sweats. Roy’s Hickory Pit BBQ delivered on all accounts and just might be my favorite stop at all my Hutchinson restaurants I visited.

I was told Roy’s sells out of food often. It was confirmed when the sign at the front said they close at 2pm or until food runs out.

There were tons of character inside Roy’s Hickory Pit BBQ. Pictures, BBQ memorabilia, and other knick-knacks adorned the walls. More importantly, many diners filled up the restaurant quickly after their 11am opening. I was warned to arrive early and was not given false information. Upon pulling in, many cars were in the parking lot awaiting the “Open” sign to appear. 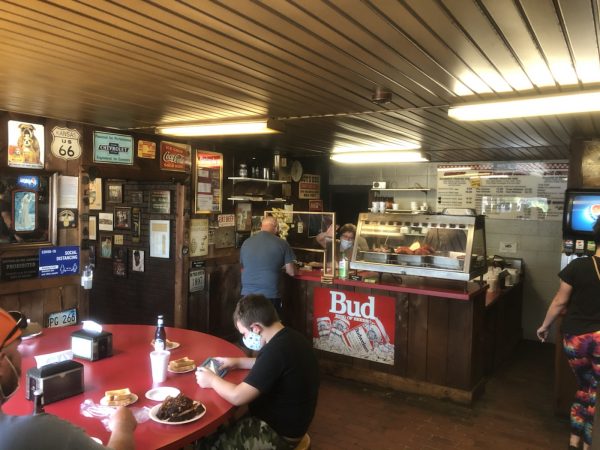 As I walked up to the counter, there was a display case with all the meats on hand. Once that display was empty, the food was gone. Luckily, I arrived right at opening for lunch. 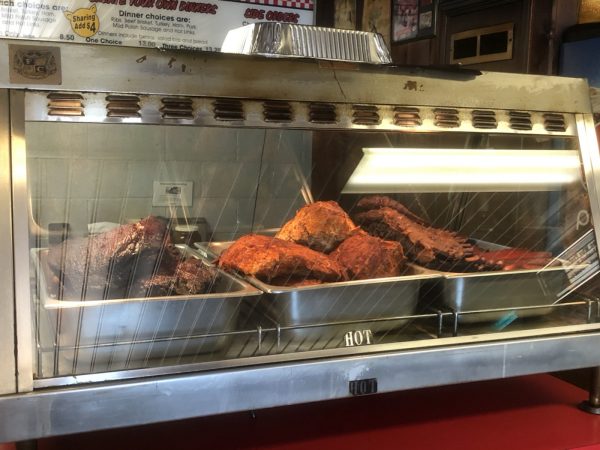 I was given a drink cup and a small plate after placing my order. There was a little buffet station of sides with coleslaw, potato salad, pickles and more. 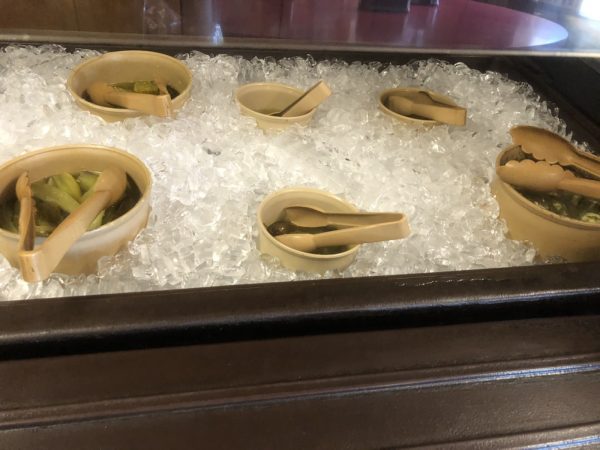 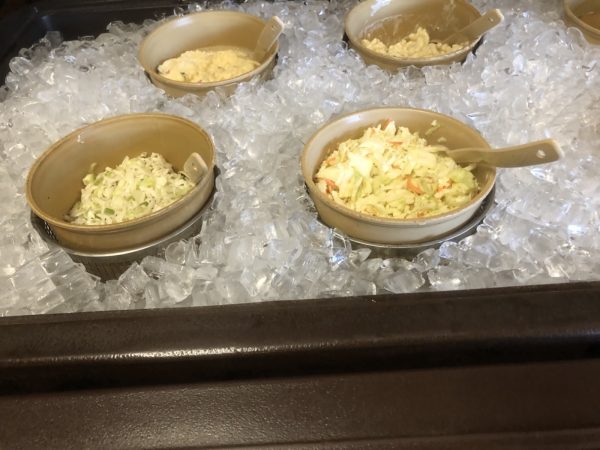 I ordered a three-meat dinner with ribs, brisket and at their recommendation, the hot links.

The hot links were mild but very tasty. The brisket was chopped up and smothered with sauce as were the ribs. The BBQ sauce had a nice sweet tangy kick. While I really enjoyed the brisket, the ribs were even better. The meat was tender and had some delicious bark on it. I love ribs and theirs was fantastic. I could have ordered an entire slab and crawled out of the building happily.

The sides were alright and the Texas Toast I barely touched only because I was running out of room in my stomach. 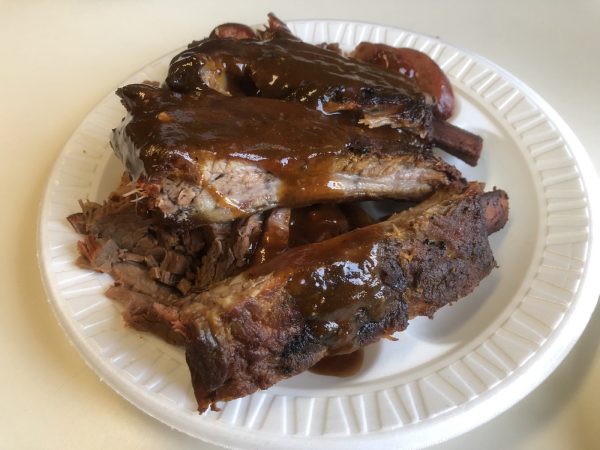 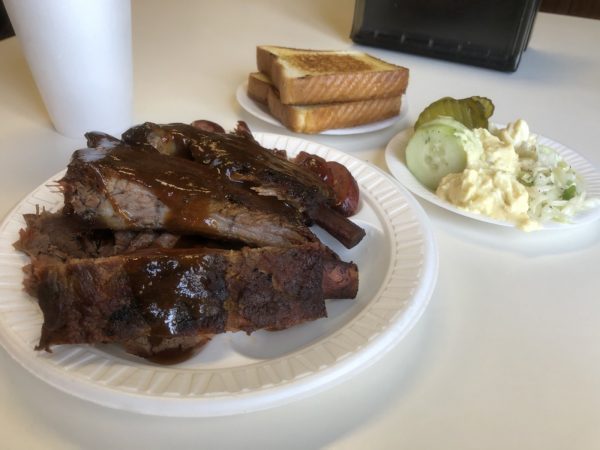 All in all, my stop to Roy’s Hickory Pit BBQ was awesome. It made me jealous wishing I could make BBQ just like the best in Wichita and the surrounding area. Even better was the service. The lady working the front was truly a gem and a sweetheart. I observed her throughout my lunch and it was apparent the customers had a ton of love for her.

Two thumbs up from this Wichitan. 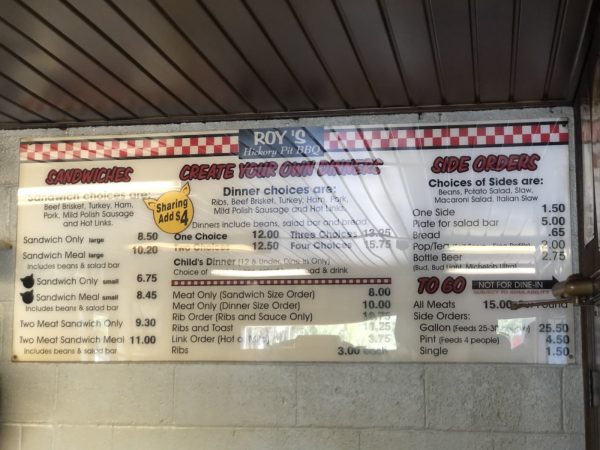