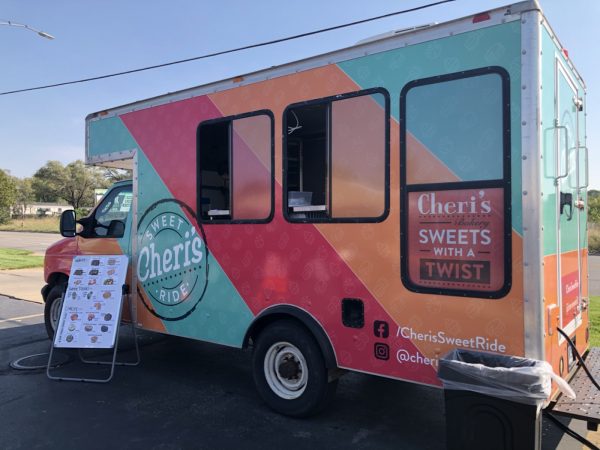 One of the more recent food trucks to hit the streets has been Cheri’s Sweet Ride. It’s a spin-off from the popular west side bakery, Cheri’s Bakery. This food truck has promised to deliver the classic Cheri’s Treats with a fun, funky food truck twist. They were parked out over the weekend, so we made a stop by to check out the delicious fun.

After following them on Facebook for some time, they’ve been advertising their waffles on a stick. We weren’t really in the mood for cookies, pies or cookie dough but breakfast sounded fantastic.

Their menu had eight different waffles to choose from ranging from $4-6. We opted for their birthday cake, churro and strawberries & cream waffles. It took maybe five minutes for the waffles to be finished, and we were off. 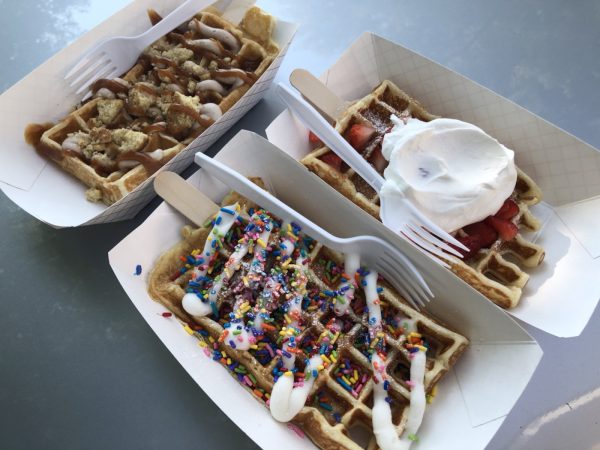 The waffles came out piping hot and had a beautiful aroma to them. It made the drive tough, so I attempted to eat one of the waffles in the car. After all, these were waffles on a stick. One would think that’d be the perfect finger food.

Unfortunately, it wasn’t. The waffles were flimsy from the start that it defeated the purpose of the stick. There was no way I was going to be able to eat one in the car. These required forks.

Don’t get me wrong, we all loved the flavor of the waffles especially the strawberries & cream and the birthday cake. The churros were VERY rich. For us, we just like our waffles to be light and crispy. Perhaps all the toppings made the waffles slightly soggy but in our experiences with other waffles from other places that hasn’t been the case.

Cheri’s Sweet Ride really nailed down the flavors but the execution on the waffles from our preference in a waffle left a little to be desired. From a texture standpoint, it was almost like eating a pancake instead of a waffle which isn’t necessarily a bad thing. 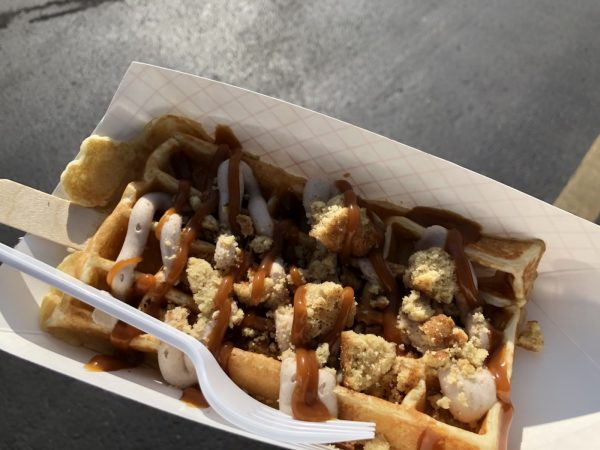 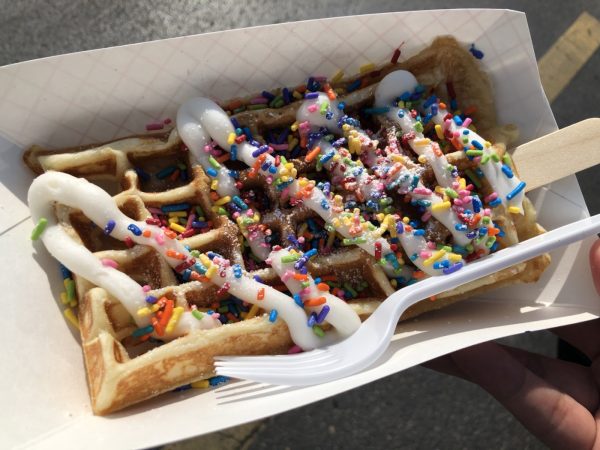 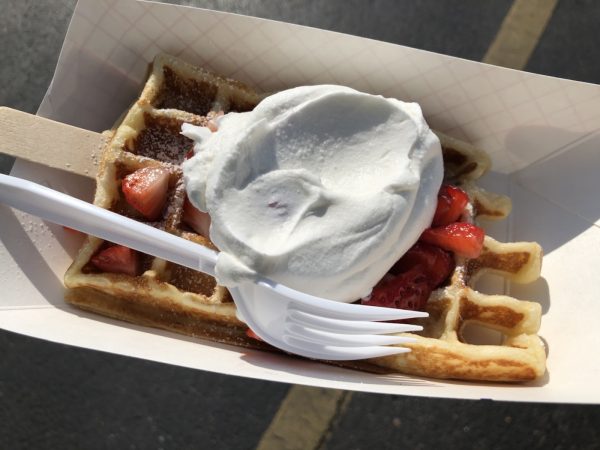 On the bright side, Cheri’s Sweet Ride does offer some other delicious sounding treats like whoopie pies, pop tarts and more. We will be back again to try some other treats. 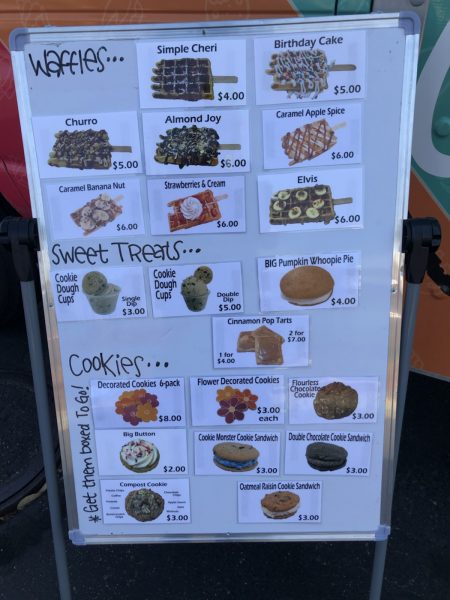