With the colder weather approaching, I’ve been seeing cocoa bombs all over the internet. What’s a cocoa bomb, you ask? Someone compared it to an edible bath bomb. They are big round chocolate sweets that can contain things like cocoa powder and marshmallows inside that are released when warm milk is poured over them. They are visually appealing and deliciously appealing for cocoa fans. I’ve been on the hunt for them and picked some up from a local home-based bakery called Frost ‘N Fancy over the weekend.

After looking at their Facebook page, they had some cocoa bombs that were right up my alley. I’m a lover of all things pumpkins and they had some pumpkin themed cocoa bombs available. They also had a great Halloween color-changing eyeball cocoa bomb as well.

I only ordered two of them because I planned on trying out some other home-based bakeries as well. The pricing was as follows:

Keep in mind the eyeballs were HUGE! I placed my order over messenger and they were available for pickup out west near Central and Tyler the next day. 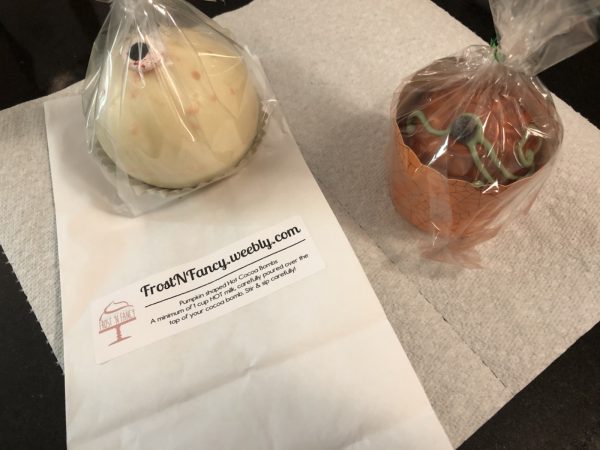 Here’s how big the eyeball one was next to the pumpkin. 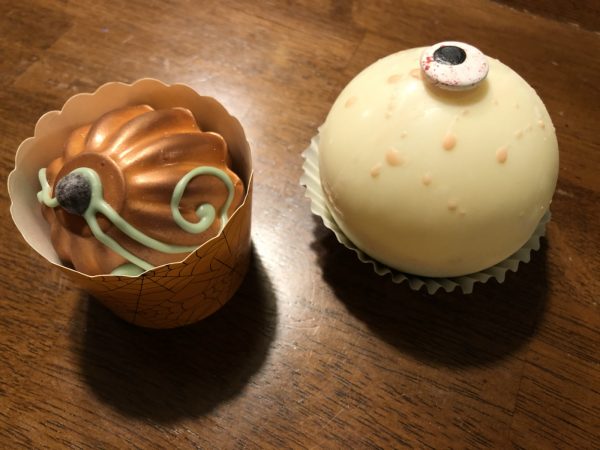 When preparing them, I noticed I only had one mug big enough for the eyeball one. (Editor’s note: I’m going to need to invest in more mugs this winter…. perhaps a personalized Wichita By E.B. one.)

To set the cocoa bombs off, we put some milk in the microwave and made sure it was piping hot. Then we poured the milk over the cocoa bomb and watched the fun unfold. 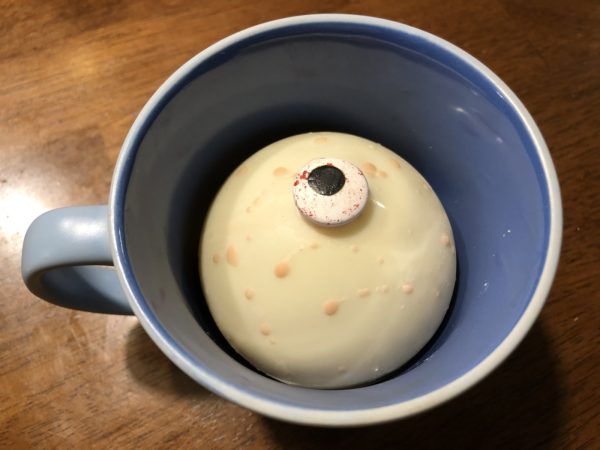 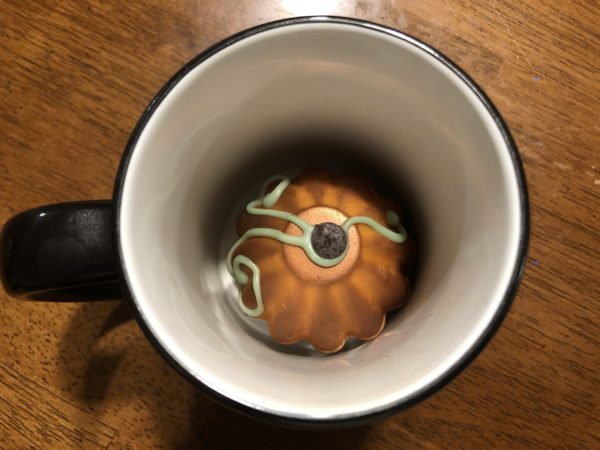 I messed up and didn’t get any good video shots of them but this other video I had from another cocoa bomb gives you the idea.

The cocoa bombs were great. The pumpkin cocoa bomb was your classic cocoa while the eyeball one was a richer dark chocolate. There was so much inside the larger that it made for a very rich and sweet drink; so big I should have set the cocoa bomb off in a 5 gallon paint bucket. Seriously, it was that big.

In hindsight, I should have taken pictures of the aftermath but we got straight to drinking.

It was a fun experience and something the kids enjoyed watching. Once it gets even colder out, we will have to get some more and enjoy it in front of a fire.

Check out Frost ‘N Fancy on Facebook for more.