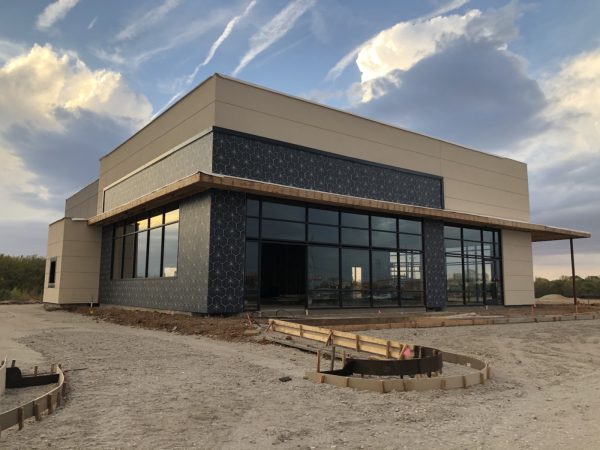 Construction is well under way at 2901 N. Maize next door to the west side HomeGrown. Readers sent me messages noting some signage for a Freddy’s Frozen Custard. I was able to confirm with Freddy’s that there is not a new Freddy’s going in at that building despite what readers saw. As reported by many outlets including here, the new building will be a Torchy’s Tacos.

Whether there will actually be another Freddy’s being built is unconfirmed so thats something to keep an eye on.

Otherwise, this will be the second location in Wichita following the east side location which recently opened at 2191 N. Rock Road.

Things are coming along smoothly for the west side building, and they are on pace for a spring opening in 2021.

If you’re unfamiliar with Torchy’s Tacos, they started out as a food trailer in Austin, TX. Since then, they’ve grown to over 80 locations in the U.S. The closest locations are in Oklahoma City, Tulsa, Edmond and Norman. The Wichita location has brought on quite the debate on whether it’s worth it. If you’re on the fence, I’m always in the camp of “Find out for yourself if you like it. Don’t let others decide for you.”