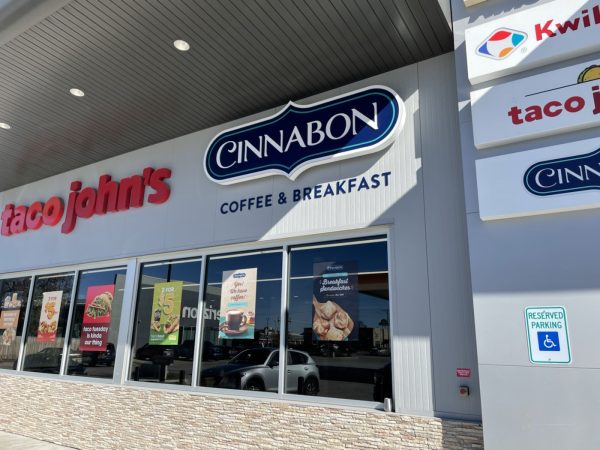 Our #SaturChains review brought us to the new Cinnabon location at 656 S. West Street. It’s just one of many Cinnabon locations around the city. This particular one was inside the Kwik Shop at the corner of West and Kellogg. If you’ve never heard of Cinnabon, they are a chain offering baked goods normally located inside other stores or through kiosks. They are most known for their cinnamon rolls. 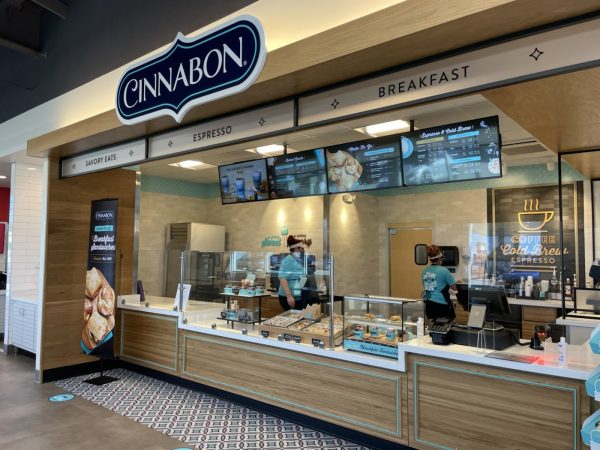 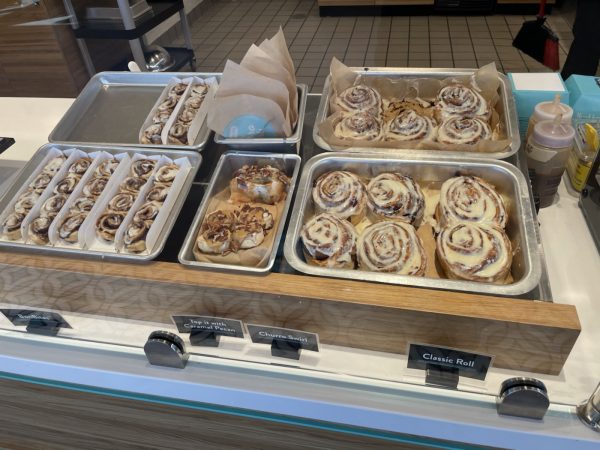 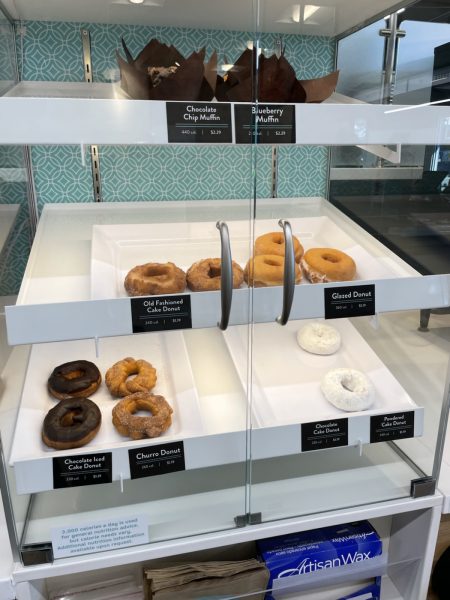 I picked up one of their large classic cinnamon rolls along with a churro swirl. Everybody has their own preference on what they love in cinnamon rolls. While Cinnabon is a place I very rarely visit, I’ve always enjoyed their rolls. They are a great mix of ooey gooey with plenty of icing over the top. It’s not necessarily my favorite cinnamon roll but as far as chains come, they put out a good product.

However, the churro swirl was nearly edible. It was nearly rock solid. Have you ever had a fresh churro and left it out too long and by the time you got to it, it was study enough to be a walking cane? I probably could have shattered a window with the churro swirl. 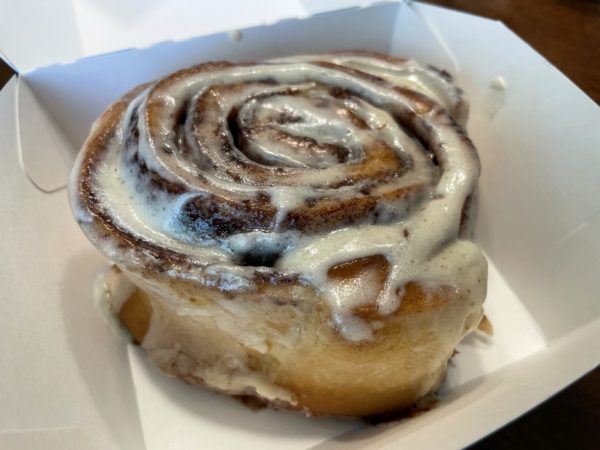 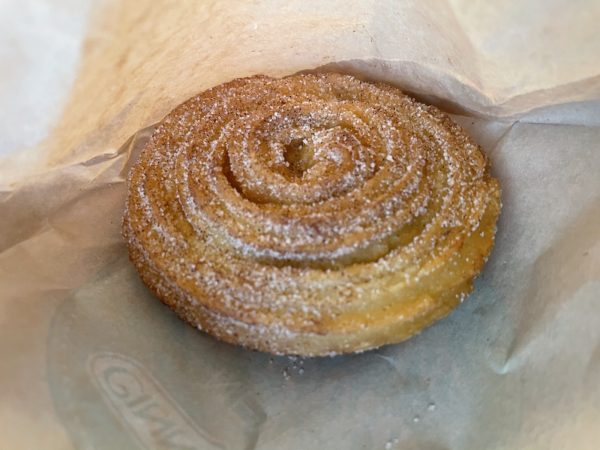 There’s some really good cinnamon rolls out there in the Wichita area; many local options. Cinnabon isn’t a place I’d go out of my way for but if I was in the area, I wouldn’t pass one up. 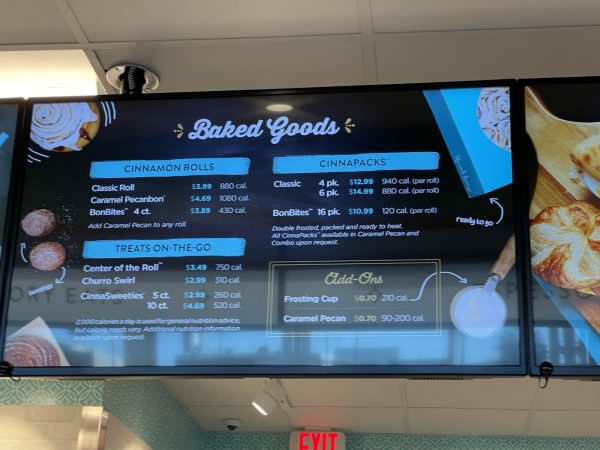 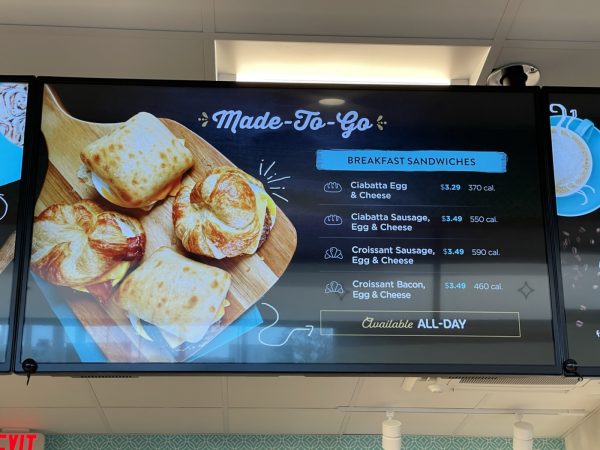 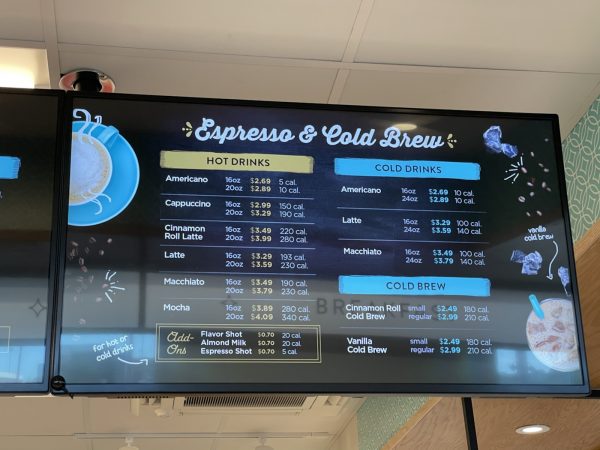