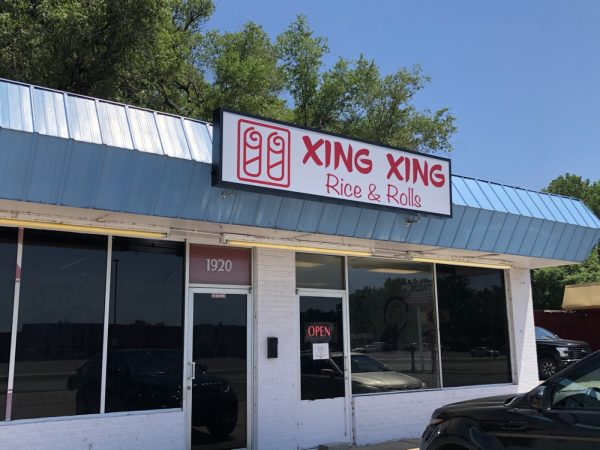 The restaurant, Rice & Roll By Xing Xing, popular for its egg rolls and ramen wanted to do something different over the weekend. For Halloween, they made some Vietnamese street food which is a hot trend in Vietnam.

Vietnamese food in the Western part of the world has picked up a lot of steam lately, partly due to its affordability and uncomplicated dishes. I say, uncomplicated from a Vietnamese aspect. These street dishes vary across Vietnam’s numerous regions and cities and Xing Xing wanted to bring a couple of them here to Wichita.

Some of the Vietnamese dishes that have immense popularity here in town include Bánh Mì, Phở, and Chả giò (more commonly known as the Vietnamese egg roll). Then to a lesser extent, some of you may have tried Bún Bò Huế and Bún Riêu.

Here are the two additional dishes Xing Xing created over the weekend: 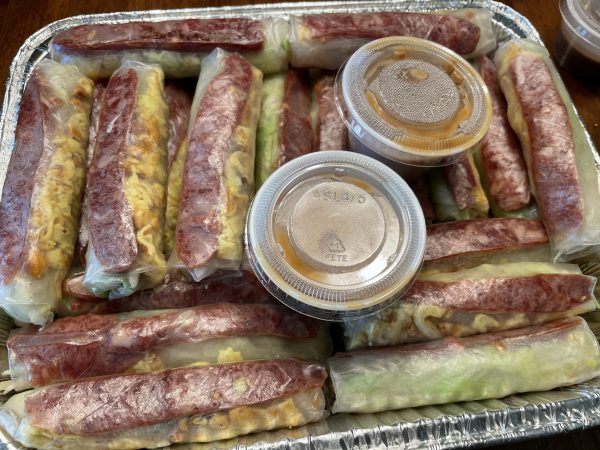 Bò Bía is similar to the well-known spring rolls. It’s said the Vietnamese did their take on the dish and substituted the ingredients with what was available at the time. At Xing Xing, they included Chinese sausage, egg, basil, cabbage and dry shrimp. It’s made with a rice paper wrapper instead of a wheat-based one. The Bò Bía was wrapped as tight as possible and made for an easy handheld snack. While most people may just eat them as an appetizer, I probably had 4-5 of them to fill me up easily. 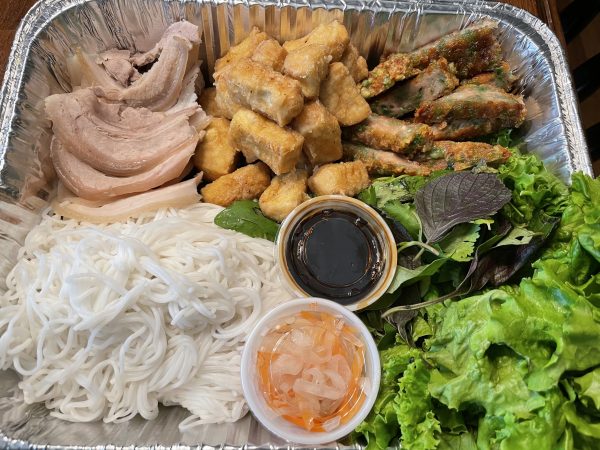 Bun Dau Mam Tom is probably considered one of the smelliest dishes in the world and that’s a hard designation to achieve in the Vietnamese world. A lot of it has to do with the fermented shrimp paste which Xing Xing put on the side in case my family wasn’t big fans of it. This dish is mainly associated with Northern Vietnam and is especially popular in Hanoi.

Bun dau mam tom has three main ingredients: vermicelli noodle, fried tofu, and shrimp paste. Everything is placed separately from each other and come with a heaping portion of fresh greens. I placed everything into a bowl and it tasted essentially like a bowl of Vietnamese Bún or sometimes commonly referred to as vermicelli noodles on menus here in the city. The shrimp paste really makes the meal if you can get past the scent. It’s very savory and salty in contrast to some bun dishes that include fish sauce. It’s a hearty meal that will fill you up but possibly leave you hungry again in about an hour or two. Fortunately, that’s where Bò Bía came into play!

Overall, it was nice to have some traditional Vietnamese dishes. Items that I probably haven’t had since I was a child. I love it when restaurants take risks and sometimes offer dishes that are unique and probably only liked by select diners who are unfamiliar with it. Hopefully, a blog like this can introduce you to something different out there and if you’re adventurous enough, will try next time it’s available.