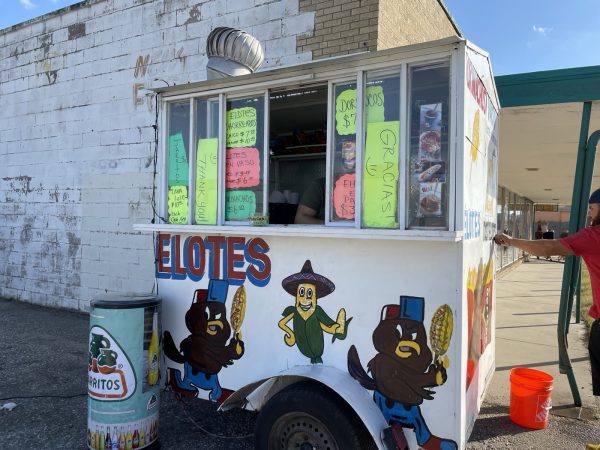 I pay attention quite a bit to the buzz around certain restaurants and food trucks. One that caught my eye was Elotes LA Doña. They are a little food trailer that serves up some visually appealing styles of elote. They have items like Elotes Chorreados, Vazo Chorreado and more. Imagine cups of corn filled with mayonnaise, cheese, chili and/or crushed up Doritos.

Pictures of their products have been all over social media including their Facebook page.

Their mobile food trailer is usually set up in north Wichita. They had a Facebook post the night before telling everyone where they would be the next day so I set my lunch plans for some souped up elote.

When I arrived at their stated address of 21st & Broadway, there wasn’t anybody parked anywhere. I looked at their Facebook page to see if any update was made but there wasn’t. Some of their previous posts showed some other addresses in north Wichita they used to be at so I drove by those as well since I was close and came up empty.

I ended up giving them a call to see where they would be at and the lady over the phone said they were having issues with the landlord of the property so they didn’t know if they’d be out. She did mention I could place my order over the phone and swing by her place because that’s where they had their mobile food trailer. The address was a mile from where I was at. I went ahead and placed my order.

Since it was the weekend, I drove over to 21st and Waco where I knew plenty of food trucks and pop-ups would be. During this time, I get a text back saying they were there and getting it ready. I basically replied everything you just read above and that I was already grabbing food elsewhere.

About ten minutes later, I’m eating some tacos and see their mobile food trailer headed down 21st street. I couldn’t believe my eyes.

As I’m eating, I get another text that they were at 21st & Broadway. I couldn’t believe my eyes again.

I finish my lunch and get ready to head home. 21st & Broadway was actually on my way so I swung by because this blog had to be completed with an ending. Their mobile food trailer was parked at the original spot they were supposed to be at over an hour ago and the place the lady told me they were having a dispute. Sooooo much of my time wasted.

I walked up to their trailer and placed my order. Just to see what their response would be, I let them know I was the customer who called in my order and had no response when I arrived. She said sorry and kind of questioned whether I actually saw shadows or heard people inside even though she later mentioned she had family there.

After I placed my order, I stood there for about another 5-10 minutes until my elote was ready. When I walked up, she goes, “that will be $10”. I gave her the cash since it was cash only and headed back to my car.

This is what $10 and nearly two hours got me. 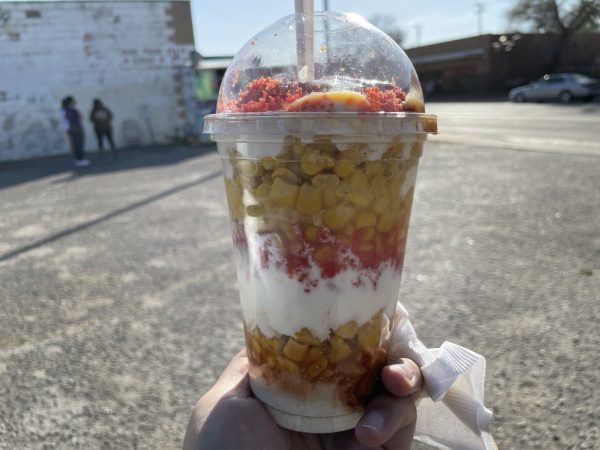 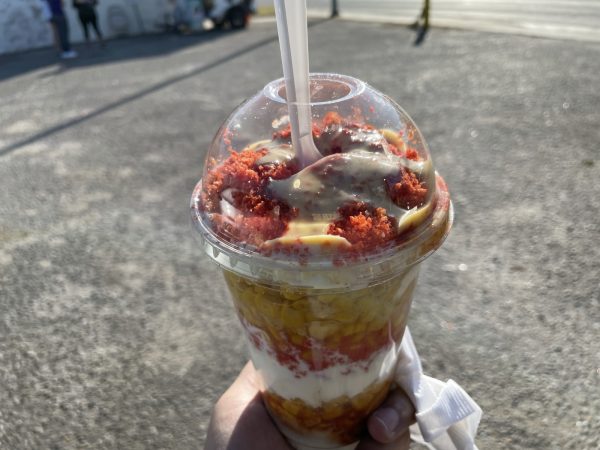 Was it worth it? Absolutely not. If it wasn’t for trying to complete this blog, I would have been gone a long time ago.

I love elote but found theirs to be a little too extra for me and not worth what I paid for. I wonder if I would have felt subconsciously different about the food had my experience been better. From a visual perspective, their elote looks really cool. I get why people were and are excited about it. But when it comes down to elote, I enjoy the simplicity of it. For others, they may like all the extra stuff that Elotes LA Doña provides but its just not for me.

When I arrived home, I don’t think anybody thought me saying, “Hey guys, I’m headed to get some elote.” would take that long. I thought long and hard about how I wanted to write this blog. In the end, I decided just to share my story as is without sugarcoating anything.