They first opened a restaurant out south under the name of Tacos El Rey. I stopped by there late last year and enjoyed the food. The restaurant was short-lived as an opportunity arose to open a restaurant in Delano. They decided to scrap the former restaurant and open an entirely new place called Cafe Xpress in the former Sweetz N Treatz Bakery space.

The restaurant serves as a quick stop for diners looking to grab breakfast or lunch. Their breakfast menu which is available until noon features sandwiches, omelettes, and breakfast burritos.

They also have an all-day lunch menu of simple sandwiches and soups. The whole concept is fast high-quality delicious food.

I stopped by a week after they opened and there was definitely some work needing to be done on the interior but that’s never a problem for me. Since I was in a bit of a rush, this first look didn’t go quite in depth. I dropped in for a fast meal as their name suggest and ordered their Xpress omelette which included bacon, sausage, cheese, jalapeño, tomato and onion.

It did not take long at all and was out to me in roughly five minutes. It was a no-frills omelette with nearly all the ingredients placed over the top. To be completely honest, it wasn’t all that memorable but also not bad by any means. It was just an extremely simple creation that many people could probably make at home. But this was all out of convenience for those on the go and looking for a quick “xpress” meal. 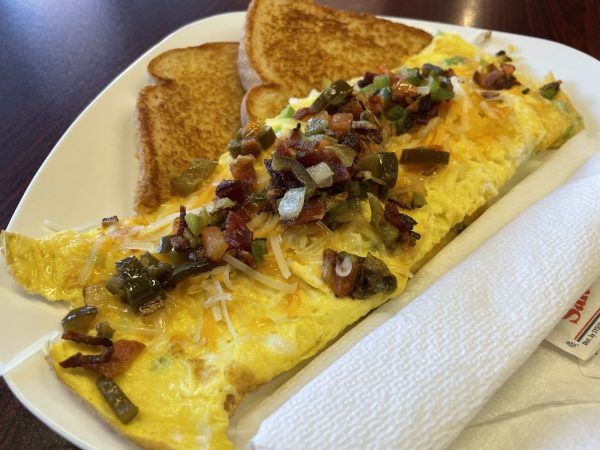 I’ll add that I definitely miss the owner’s Mexican offerings from Tacos El Rey but opening a Mexican restaurant at their new location would have been tough with Ruben’s literally next door.

Before casting any more judgment, I’d really like to stop in and get a better idea of their lunch menu. So be on the look out for a revisited review in the future as we uncover a little more from Cafe Xpress. 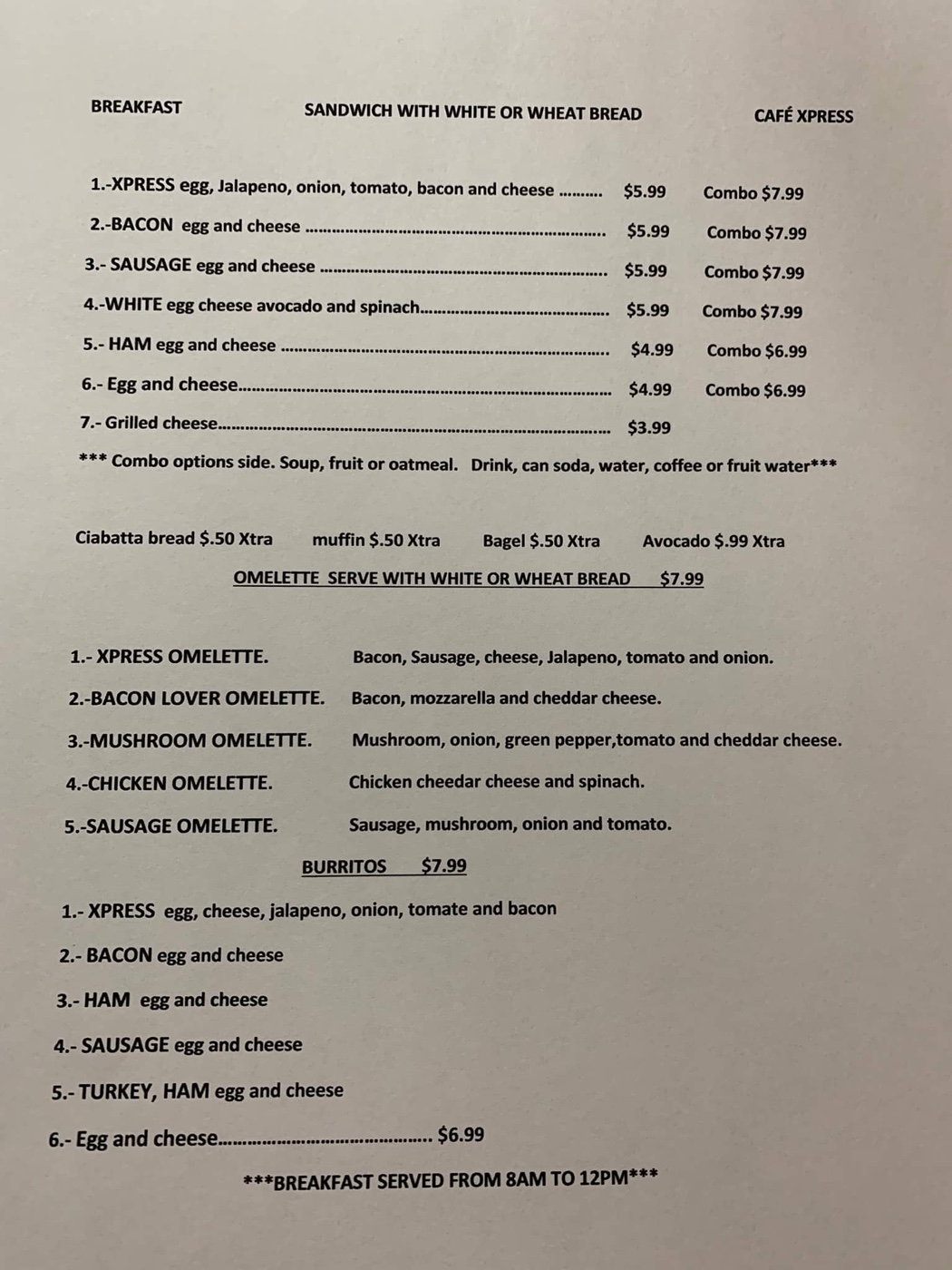 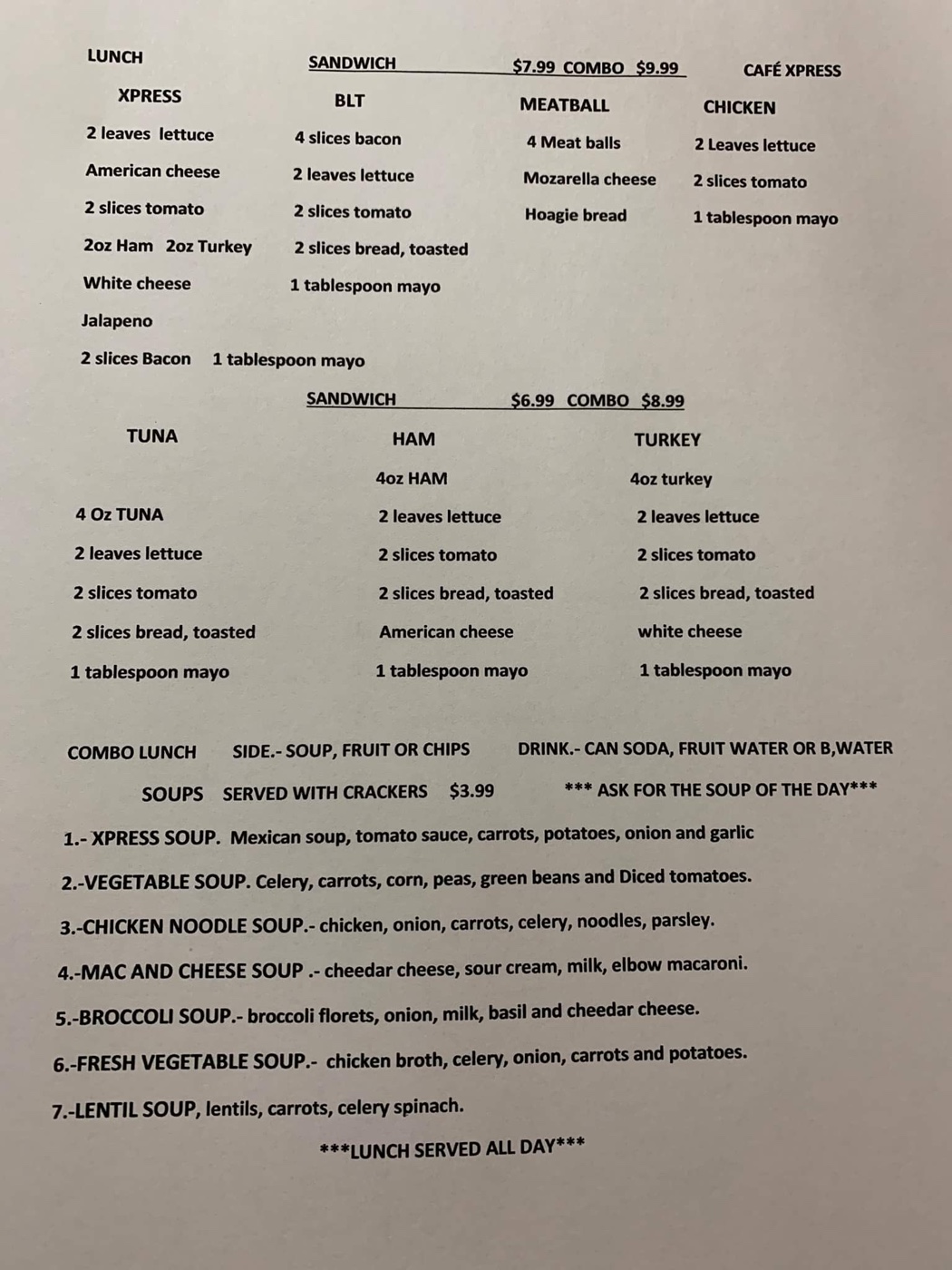