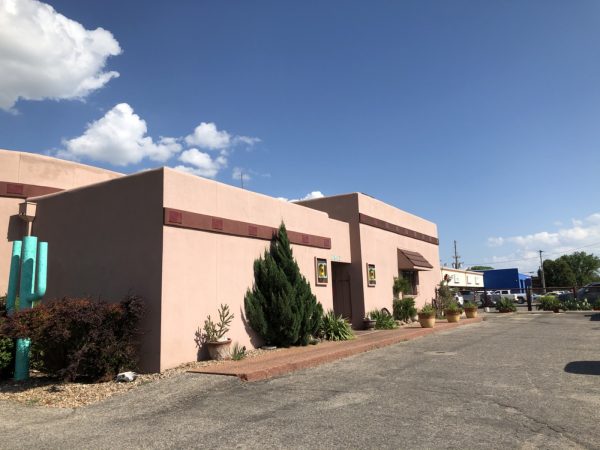 While revisiting many restaurants around town that are long overdue for a revisited review, Cactus Cantina & Grill came to mind. My first time there was great but I missed out on trying their margaritas. For my next visit, I brought a few friends with me who hadn’t yet tried Cactus Cantina. This allowed me the opportunity to not just get more food pics but enjoy some drinks among the company of friends.

The colorful interior with Mexican decor all over is the very first thing you’ll notice when stepping inside. If you happen to look immediately to your right as you walk in, you’ll see this. Cactus Cantina is the only restaurant in town that has a past review of mine framed up. I didn’t know it was there until it was brought to my attention towards the end of dinner. 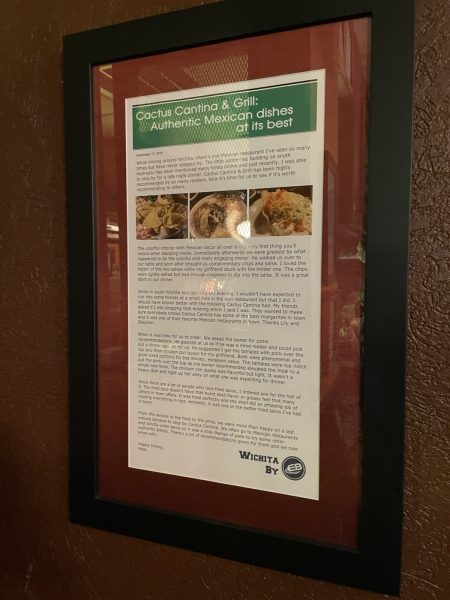 Upon being seated, we were all given complimentary chips and salsa. There were two salsas with different levels of heat. It was one of the first few times I skipped over chips and salsa because I wanted to get my hands on some pitchers of margaritas. Between our table alone, I think we went through 8 or so pitchers of margaritas. According to one friend, they were magical. Most of the table wouldn’t consider themselves avid margarita drinkers, but everyone loved them. I even bought a pitcher to take home with me and another set of friends returned the next weekend for more. Seriously some of the best margaritas in town. 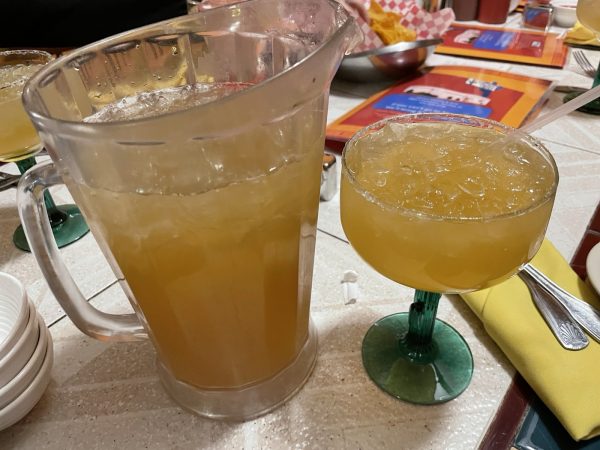 For dinner, everybody ordered something different. We tried to get a good mix of the menu. There were tacos, fajitas, tamales, Mexican style asada, and more. The table was full of so much food that I wasn’t able to get all the pictures but here’s a good sampling of what we had. 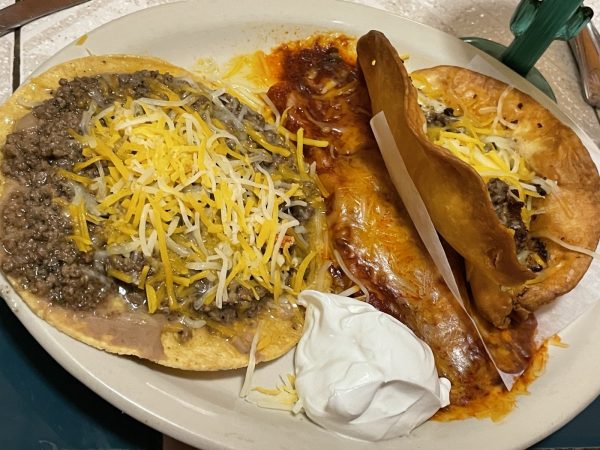 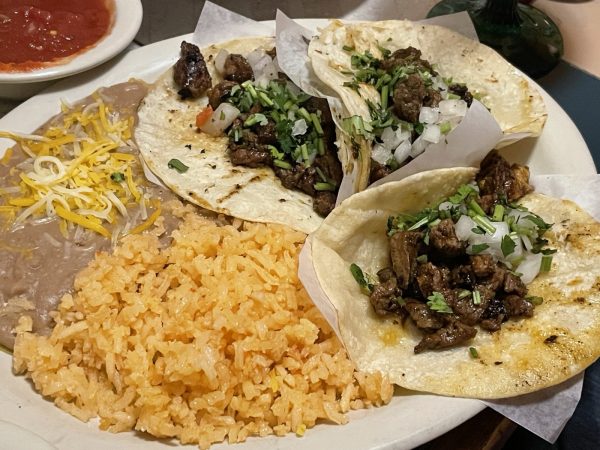 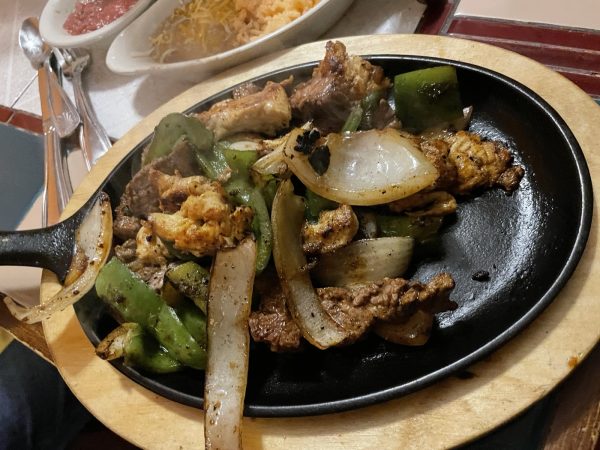 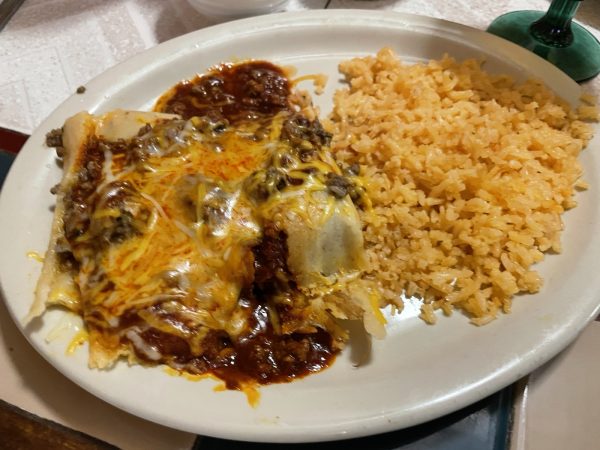 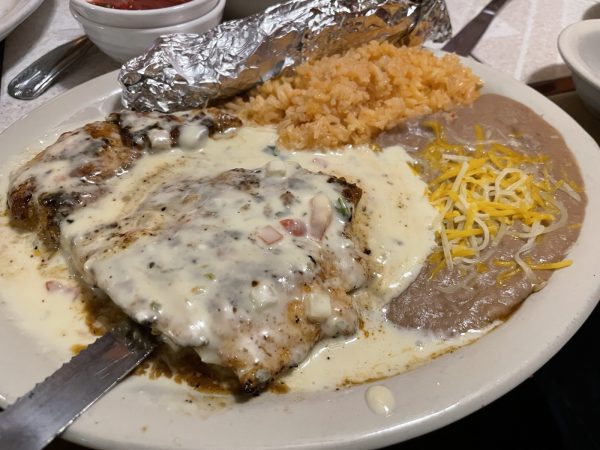 When I’m at these big dinners with friends, it’s hard to get opinions from everyone. We are so heavily focused on catching up and enjoying the company of others. I don’t want to stop the good conversation, pull out a notepad and start interviewing people on the food.

What I’ve come to learn is if people don’t like their food during these outings, they’ll make sure to tell me. If they don’t say anything, they are focused on the task at hand of eating and enjoying the evening. What happened on this evening? Everyone was complimentary of the food at the end of the night. Two of the four friends who joined us had already been back twice and my other two friends intend to return soon. Neither of the four live near Cactus Cantina as well. That alone speaks volumes that you have people willing to leave their part of town where there’s plenty of Mexican food and go out of their way to return.

Oddly enough, we’ve been back since this outing as well. We had the fajitas and they were simply amazing. We don’t even order fajitas often but when we do, its Cactus Cantina.

Everyone not only had a great time (probably thanks to the margaritas) but they all enjoyed every bite of food and sip of their drink they had. Mix that in with the owner Daniel Ramirez who is a machine playing nearly every role in the restaurant and it’s a formula for a successful dinner. 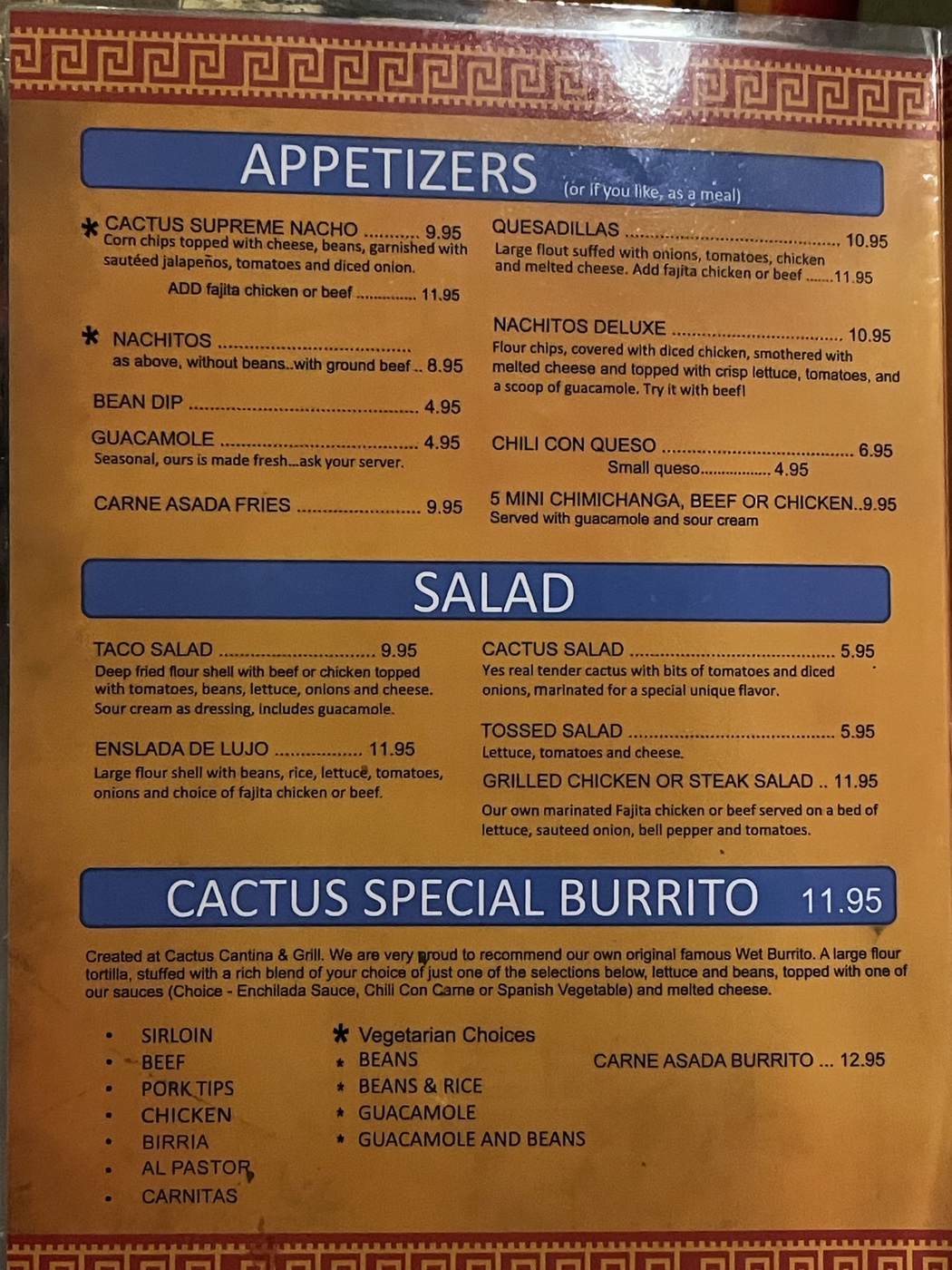 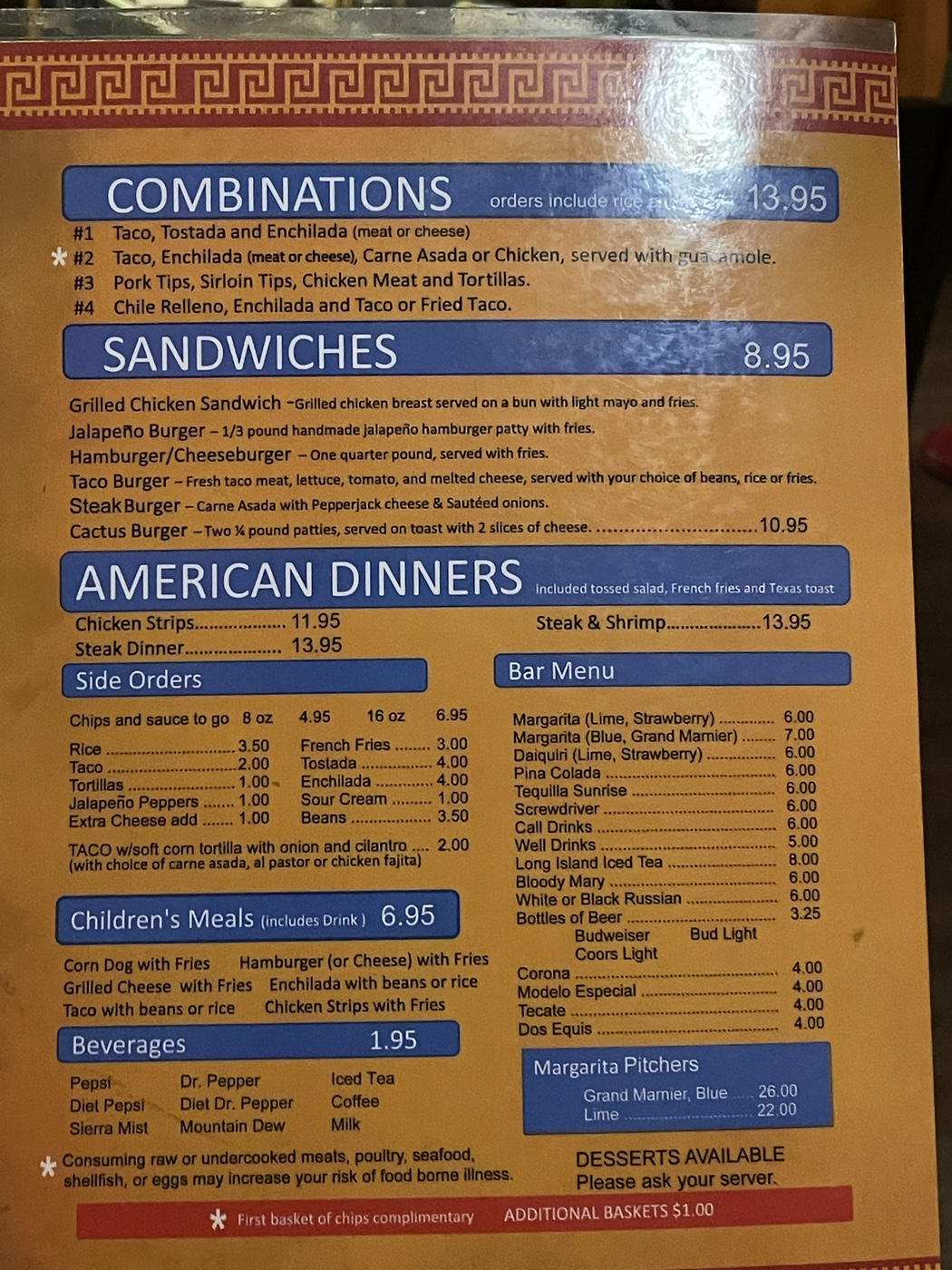 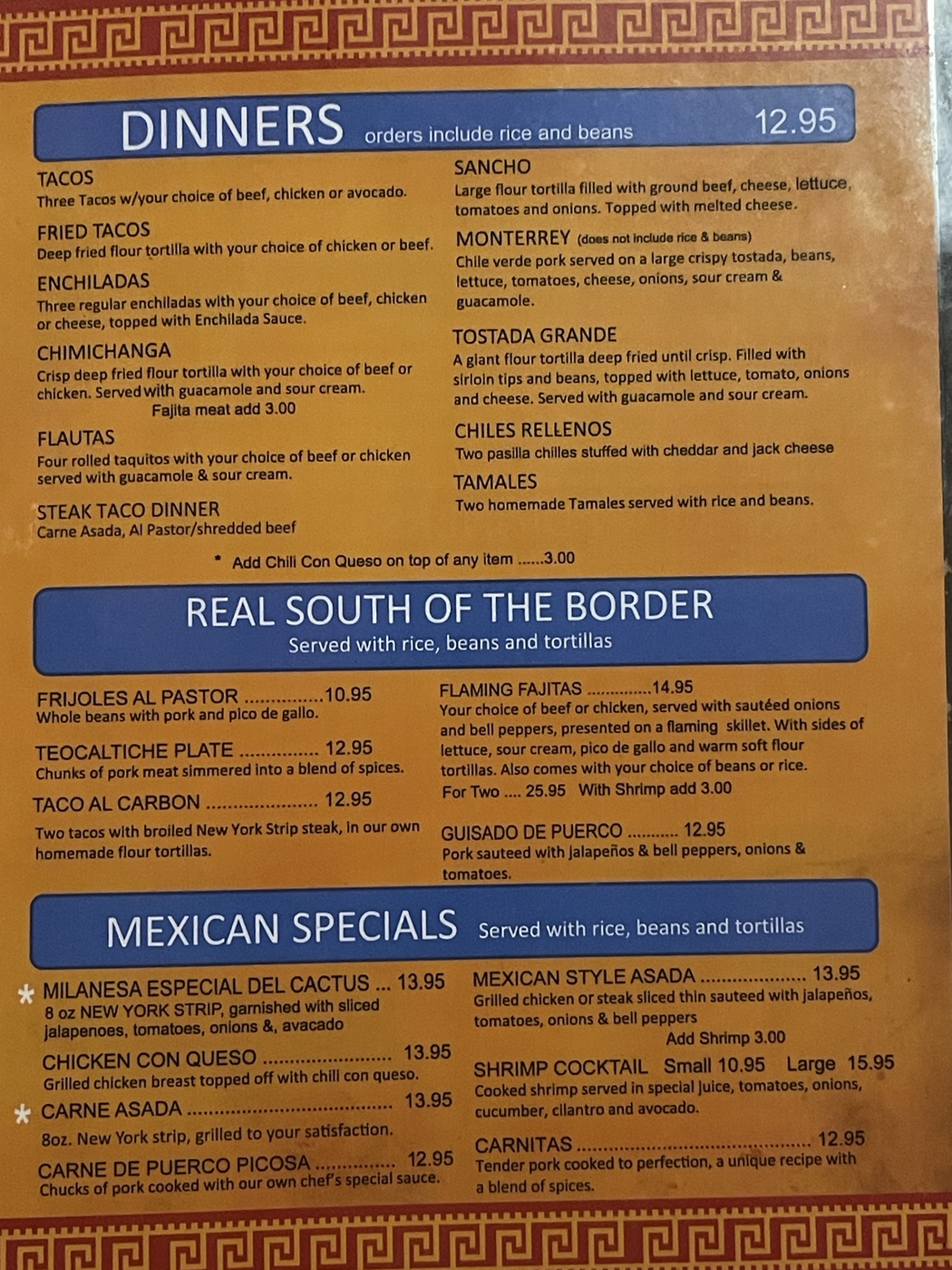