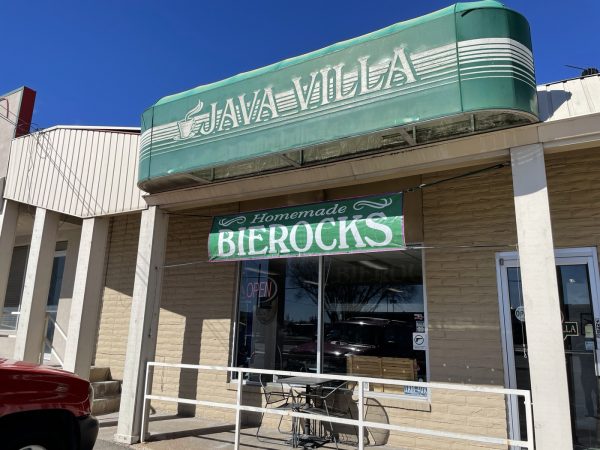 It’s time to revisit Java Villa. They are a coffee shop that also sells smoothies, teas, and homemade bierocks. It’s a classic spot in Wichita that has been around for a long time and often gets lost in the shuffle. I wanted to put their name out in the forefront again because people should not be overlooking their bierocks.

I’ve gone a handful of times over the past couple years. Inside, the place is pretty small and doesn’t stick to the modernized look found at other cafes. 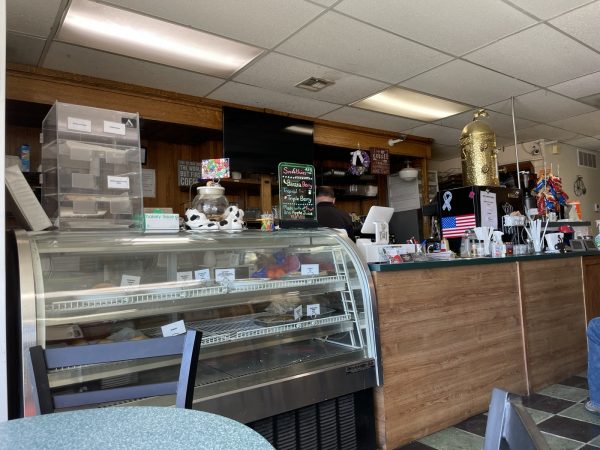 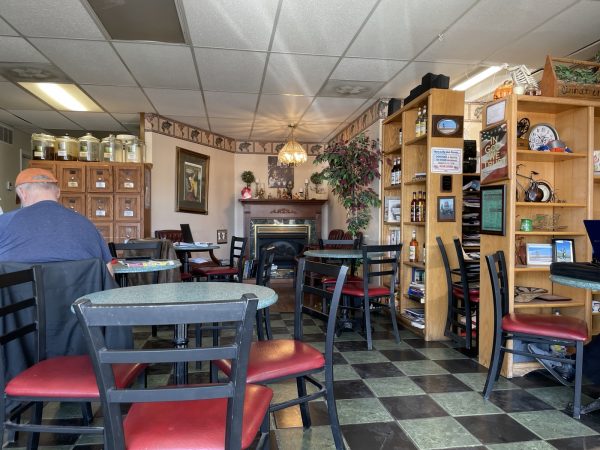 Everything they sell there is homemade. When I stopped by recently, they had quiche and bierocks available. Everything runs between $1 and $3.99. The $1 variety is the small breakfast bierocks but don’t sleep on them. They pack a lot inside the small bierock. 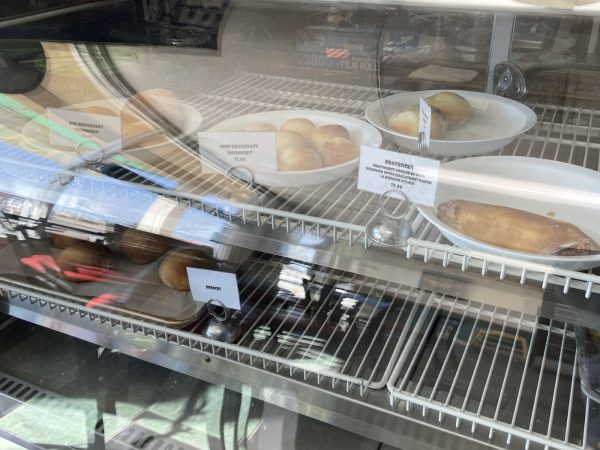 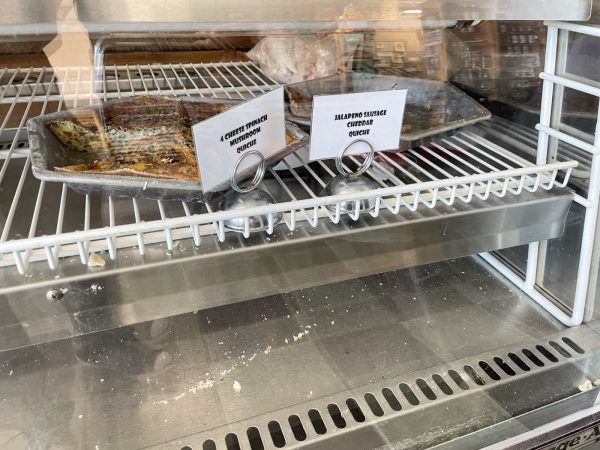 For my visit, I ordered a regular bierock and their signature bratrock.

A bratrock is a bratwurst cooked in beer, wrapped with sauerkraut baked in bierock dough. The owner orders his bratwurst in from Germany too. 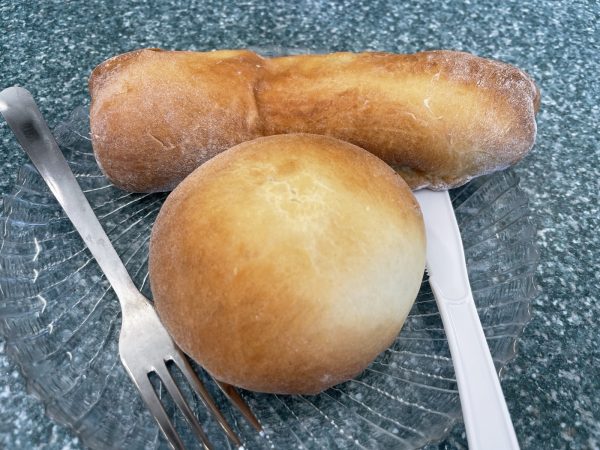 I’m a big fan of the bierocks at Java Villa. Theirs aren’t so airy or mostly bread. I don’t like it when bierocks give this false image of being stuffed with so much food. That is never the case at Java Villa. It’s always been filled with delicious ground beef and shredded cabbage. The dough has a nice color and soft after being warmed up. 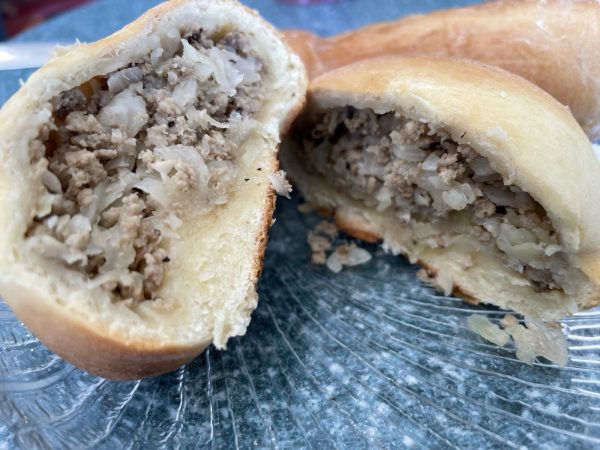 This was my first time finally trying a bratrock. The owner told me, this was something he invented a while ago and finally perfected. I searched for Bratrock and didn’t see a single thing on there besides some film called Brat Rock. Wichita could very well be home to the first ever bratrock.

The bratwurst itself was very delicious and tender. The picture doesn’t show it, but there was a decent amount of sauerkraut in it. For personal preference, I would have like more sauerkraut because I love that stuff, but the owner told me he has found that people like to have less so it doesn’t overpower the bratrock with its sour taste. Either way, I very much enjoyed the bratrock. 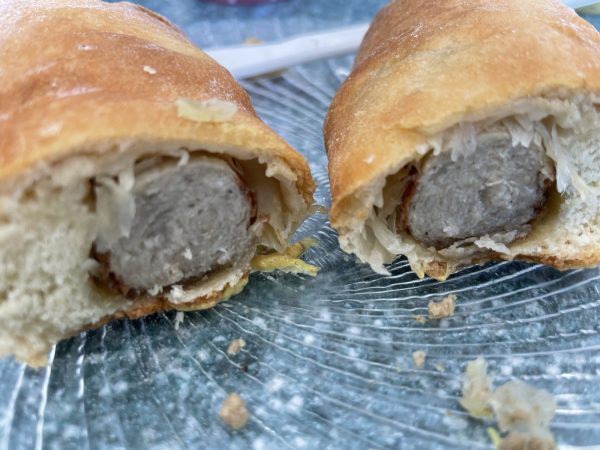 I also had a smoothie because it sounded healthy. At least that’s what I told myself. 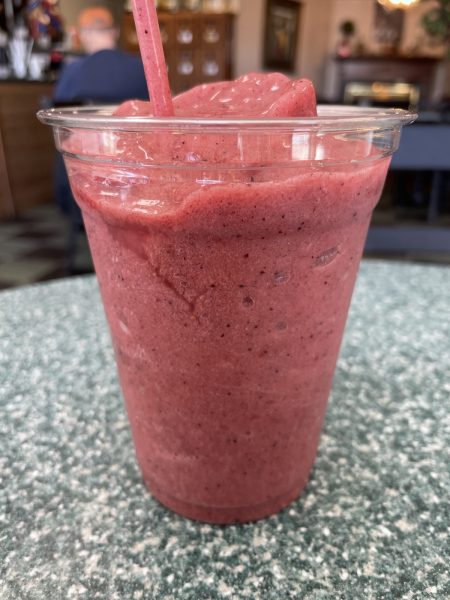 I can’t speak much for the coffee because of how uneducated I am in that realm. But for everything else I had, I was a fan. 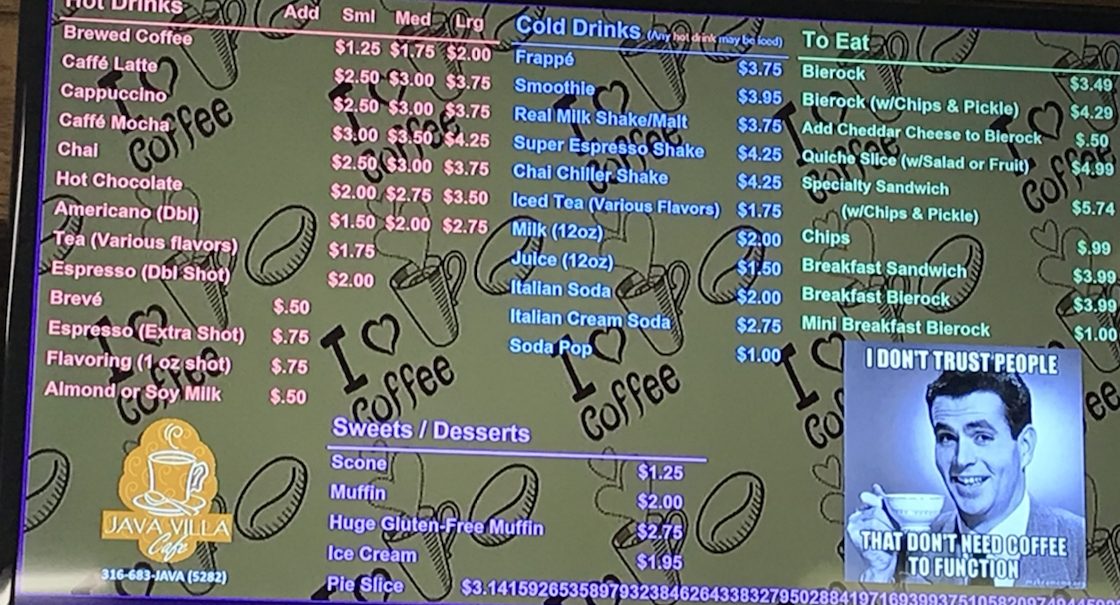