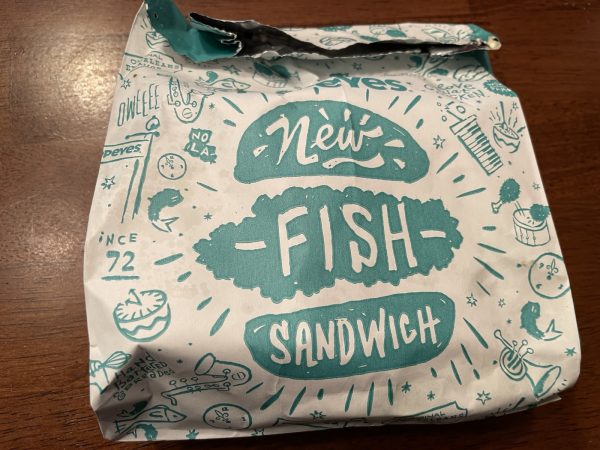 It’s the latest unveiling from the fried chicken restaurant that hopes to lure in more customers with Lent’s arrival.

Their new Flounder fish fillet is served on a warm and toasted buttery brioche bun, with crisp barrel cured pickles and tartar sauce and rings up at $4.49 for the sandwich only.

At first glance, the sandwich is a good size meal. The bun had a beautiful buttery shine over the top. The fish fillet was popping out of the sides. Visually, it was very appealing and pretty spot on with the ads which is a rarity in the fast food game. 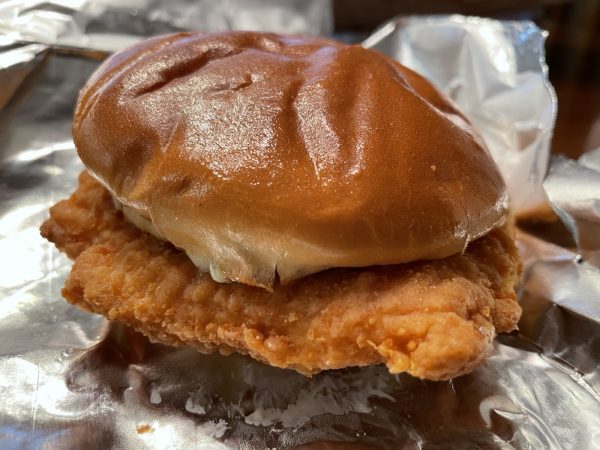 The Flounder fish fillet itself had a thin smooth batter surrounding it which was different from the signature fried chicken with it’s heavily breaded crusty surrounding. Much of the spice came in the batter that had a hint of black pepper and cayenne. By no means would I call it spicy; just some subtle heat.

I loved the crisp barrel cured pickles and wish there were more of it.

As for the fish itself, I found it to be rather tasty. It was mild and meaty but by no means fishy or pungent. It was fried just right with the right amount of flakiness while maintaining its juicy interior. 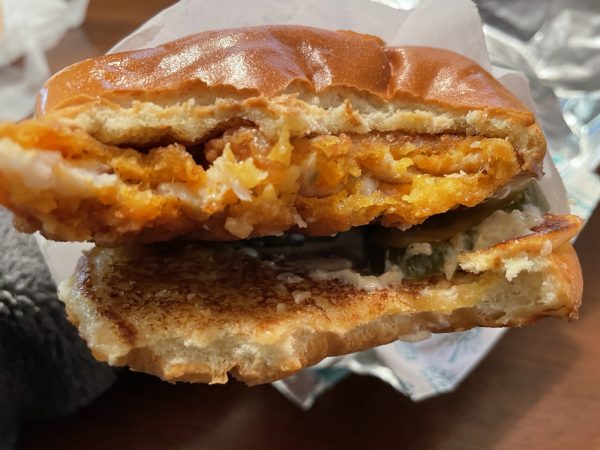 To be completely honest, this was one of the best fish sandwiches I’ve had from a fast food restaurant. I’m going to have to go around town and compare again as it’s been a while. Arby’s, McDonald’s and others have some competition on their hands, though.

Since I was at Popeye’s, I picked up three of their new beignets for $1.99. Three were tossed in a bag with a bunch of powdered sugar. 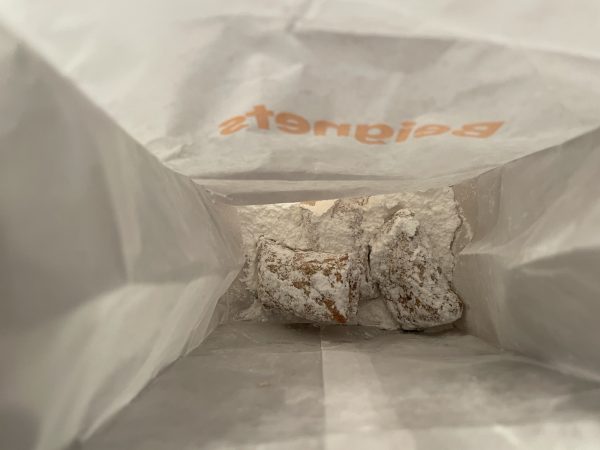 I poured the deep-fried, powdered sugar-dusted pastries on to a plate when I arrived home. They were roughly the size of a pizza roll. 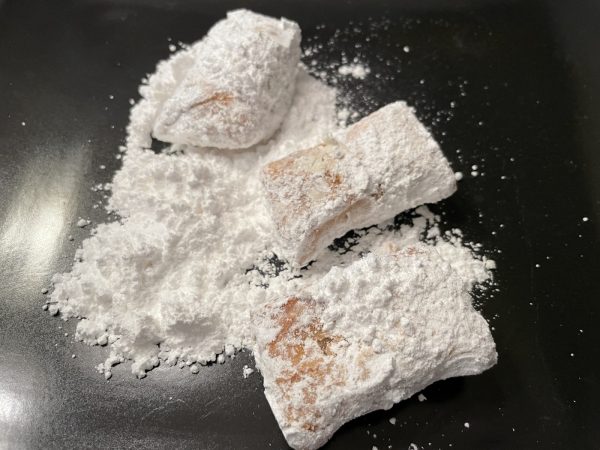 There wasn’t too much chocolate inside them and more dense than beignets I’ve had elsewhere. The beignets are best described as OK. Nothing too special but not terribly bad. 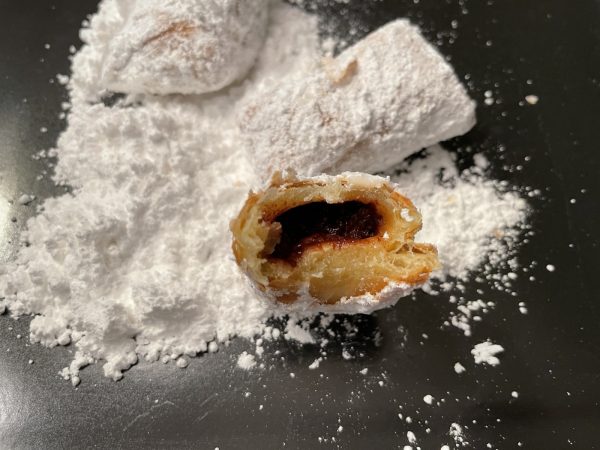 The real winner at Popeye’s was the new Cajun Flounder sandwich.