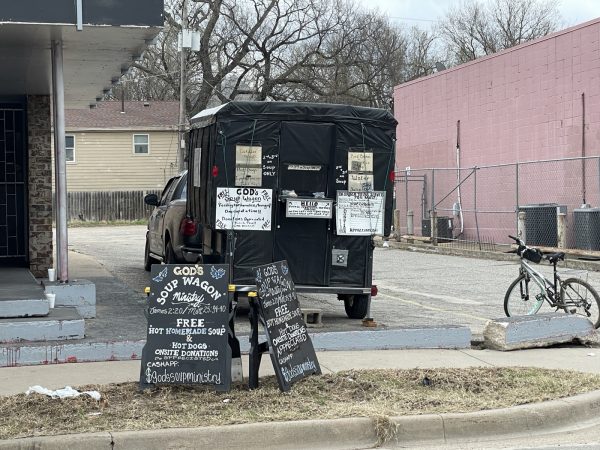 There are people who just want to talk about problems in the community and there are people who set out to do something about those problems. Walter Clemons is the latter. Some people call him “The Soup Guy” and others may have seen him parked out along Broadway with his setup called God’s Soup Wagon.

Every Tuesday and Thursday from 11 a.m. to 5 p.m., he parks his truck out and serves free warm meals to give to the hungry and homeless.

Anybody can show up to his Soup Wagon to pick up some homemade soup, a hot dog and a drink. 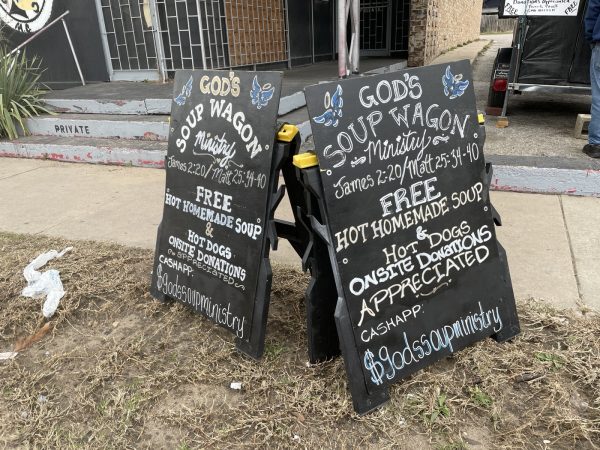 While he accepts donations, the basis of what he does all started out of his pocket.

The only thing he asks of people is to park their bike, car or scooter, to put out their cigarette or cigar, put clothes on, no profanity, and to be patient and respectful of others in line.

Depending on the weather, Clemons can feed over a hundred people a day from his truck. His meals typically consists of a hot dog, and a cup of soup such as tortilla soup or  rice soup, and either juice or water. 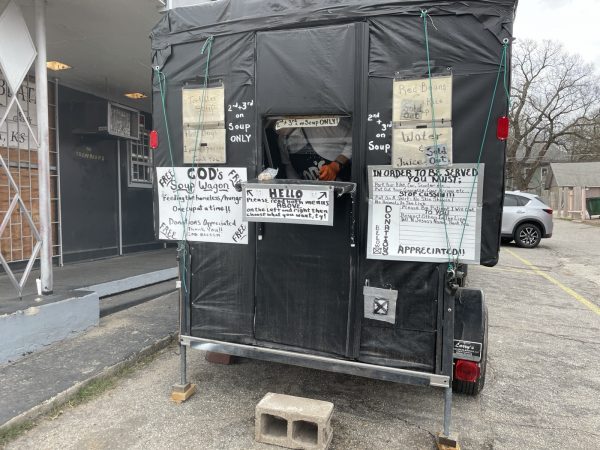 I originally saw him parked out a couple of years ago in front of a motel on Broadway and stopped by this week just to say hello and thank him for his service in our community.

When I swung by to say hello, there were already people waiting to get food from him; all very polite and thankful for what he was doing. To Clemons, he’s out there doing God’s work. And for that, I’m thankful to have someone like him in the community.

If you’d like to donate to Clemons and God’s Soup Wagon, his CashApp handle is $godssoupministry.

Have some news or events you’d like to share? Please email us with the details. We are always open to suggestions.