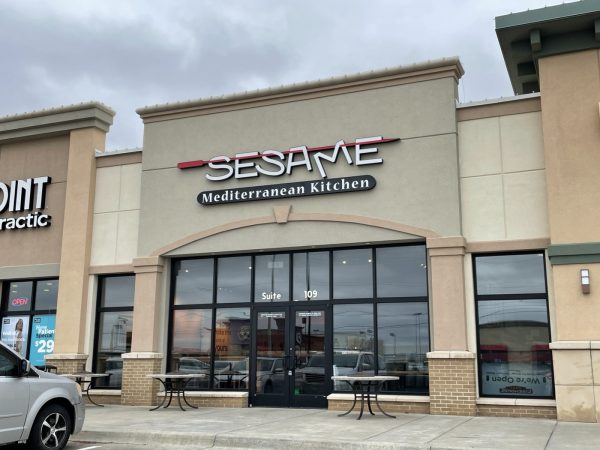 Many have driving out west may have seen signs for Sesame Mediterranean Kitchen. Questions have been pouring in and to answer the biggest question, “No, it isn’t open yet.”

The Mediterranean restaurant will be at the former Pie Five space at 2755 N. Maize Road which is in the area in front of the New Market Square Target. It’s probably best described as a fast-casual restaurant.

When I stopped by, Sesame Mediterranean Kitchen was coming along rather nicely. The interior work was already underway.

Sesame will be opened by a familiar face, Youssef Youssef who founded such restaurants that are still around like Le Monde and Mediterranean Grill.

I haven’t heard an official date for the opening but was told to look for a late summer timeframe.

Have some news or events you’d like to share? Please email us with the details. We are always open to suggestions.