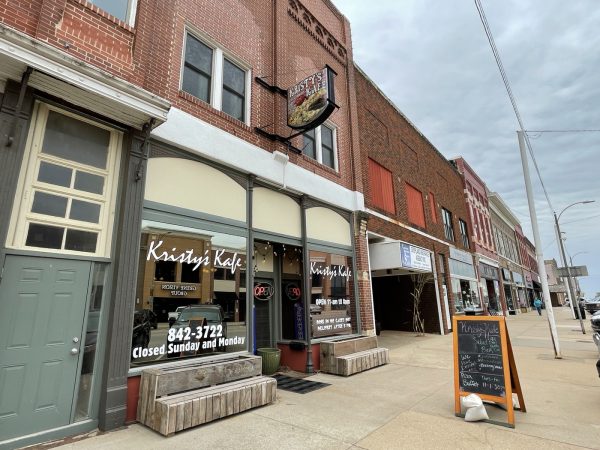 During my Kansas road tripping, I made sure to stop by Kristy’s Kafe in Anthony, KS. So many recommendations came my way for the baked potato pizza. I don’t believe it’s something I’ve seen on a menu in Wichita. Anthony, KS is about an hour southwest from town. It wasn’t a bad drive at all taking KS-42 W and KS-2 N on most of the trip. Once I arrived in Anthony, I was surprised how many restaurants there were. If I had the appetite, I would have stopped at all of them.

Tuesday – Saturday: 11am – 8pm
Closed on Sunday and Monday

I had no idea what to expect with Kristy’s Kafe. I did absolutely zero research on what was on the menu. The only thing I knew was that it was in Anthony, KS and people suggested the baked potato pizza. My heart was completely set on buying an entire pizza and giving most of it away because there was no way I could eat something that sounded as heavy as that. 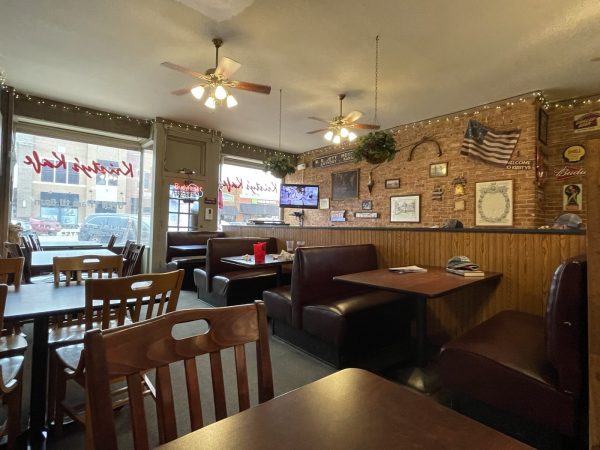 When I arrived, I was pleasantly surprised to see they had a lunch buffet with that pizza on the buffet line. 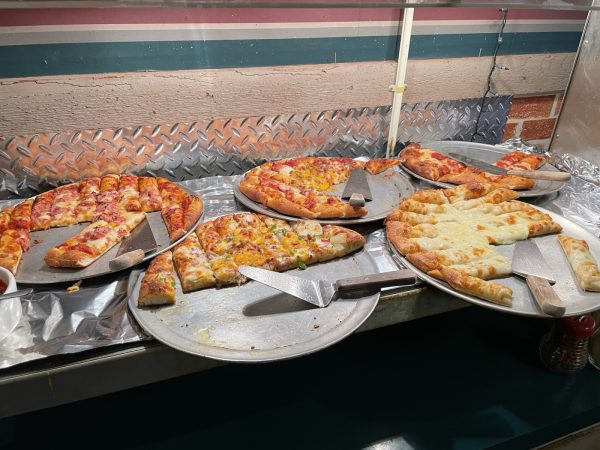 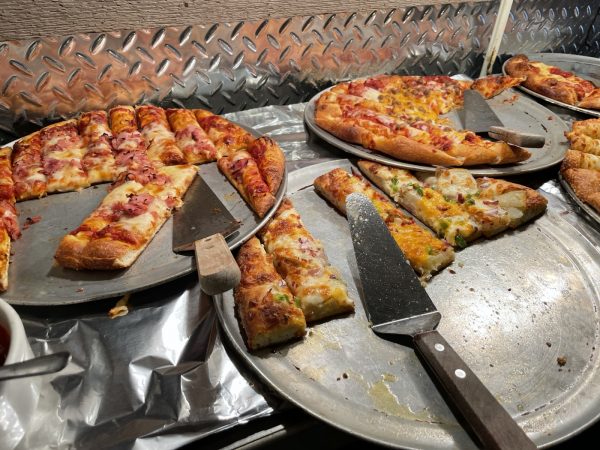 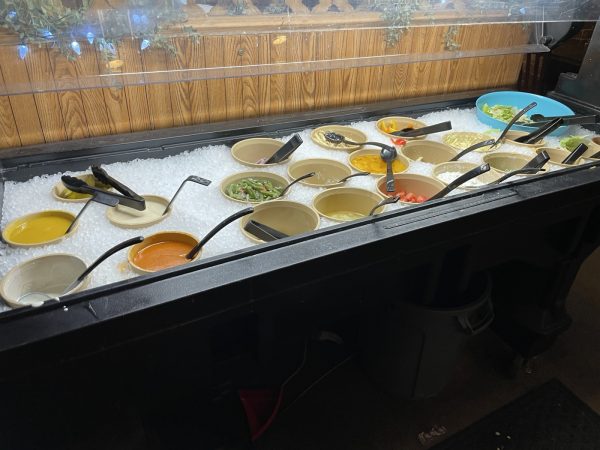 At first glance, I thought to myself, “This doesn’t look like what I envision a baked potato pizza to be.” After the first bite, I was thinking, “Holy baked potato balls! This actually does taste like a baked potato!” There were even bites that had that mushy baked potato feeling. It might sound gross but it was actually very tempting and kept me wanting more. Every topping complimented each other to the point it was very spot on. 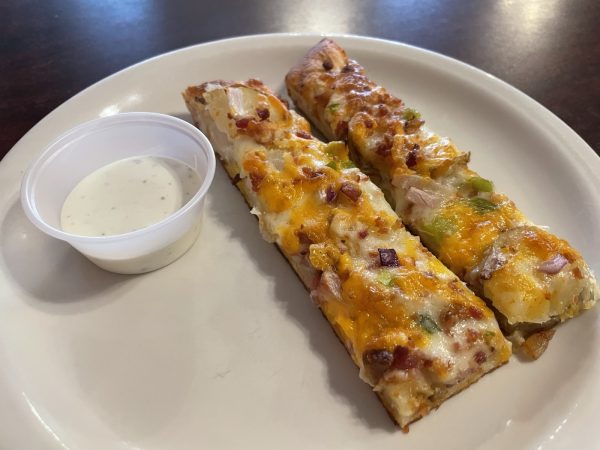 My server said I should try it with some of their ranch that’s made in-house. Some people either dip it in or drizzle the ranch over the top; I did the drizzle.

IT WAS EVEN BETTER! I’m not a huge ranch guy, but their ranch was off the charts; just the right amount of creaminess to it. I would have never thought to create a pizza based off a baked potato but Kristy’s Kafe did it and did it right. 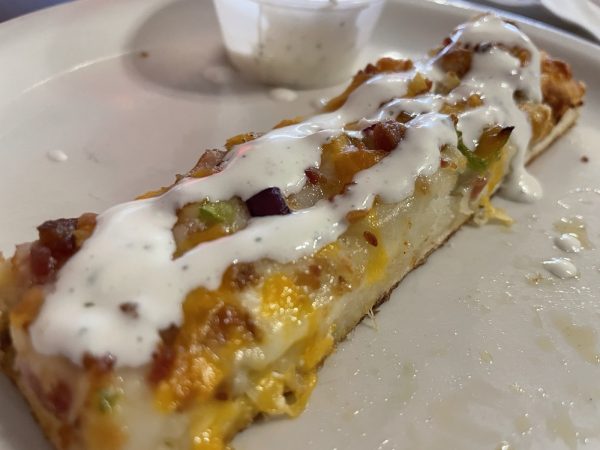 To any person who suggested this pizza to me, thumbs up to you. 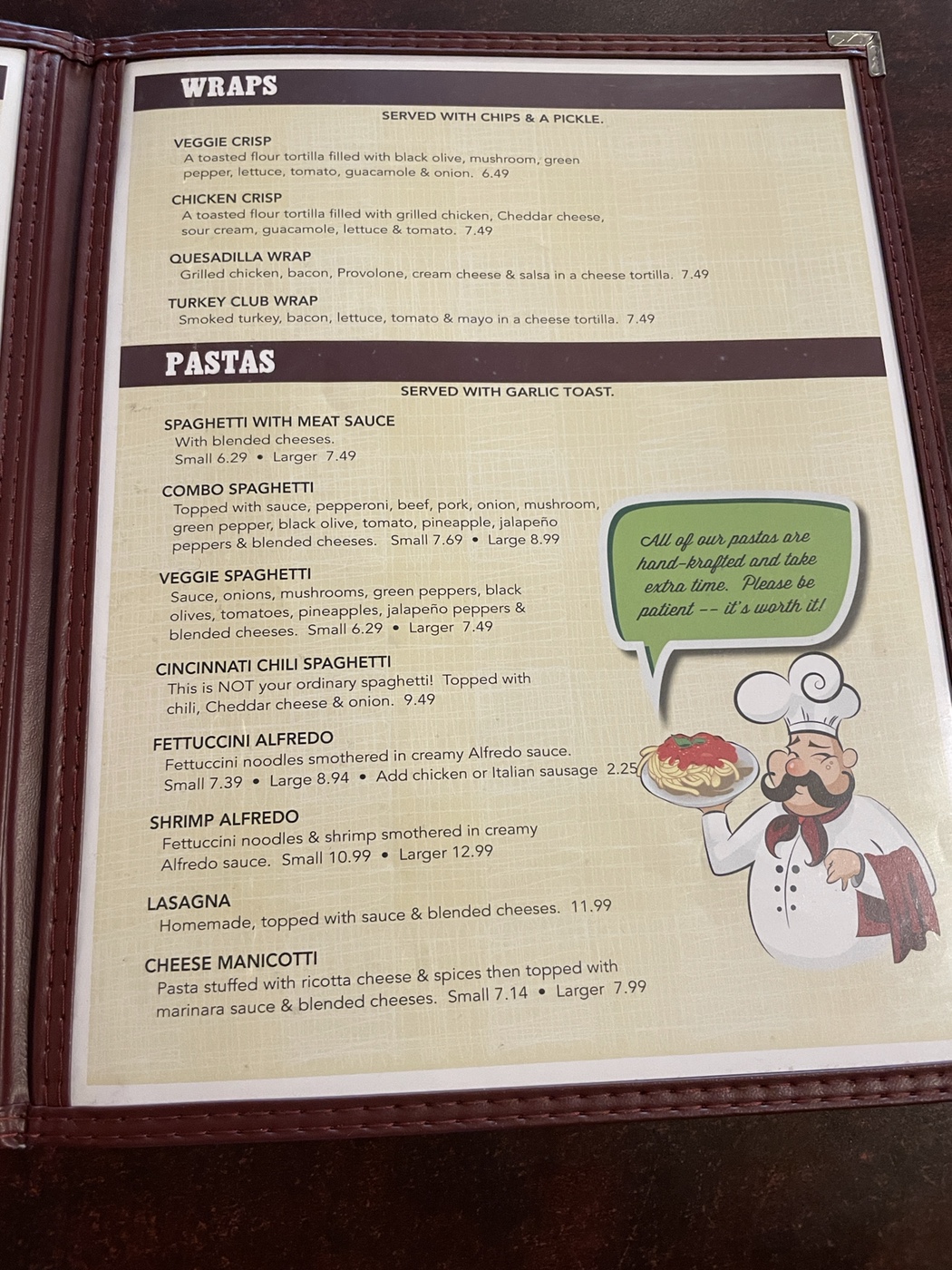 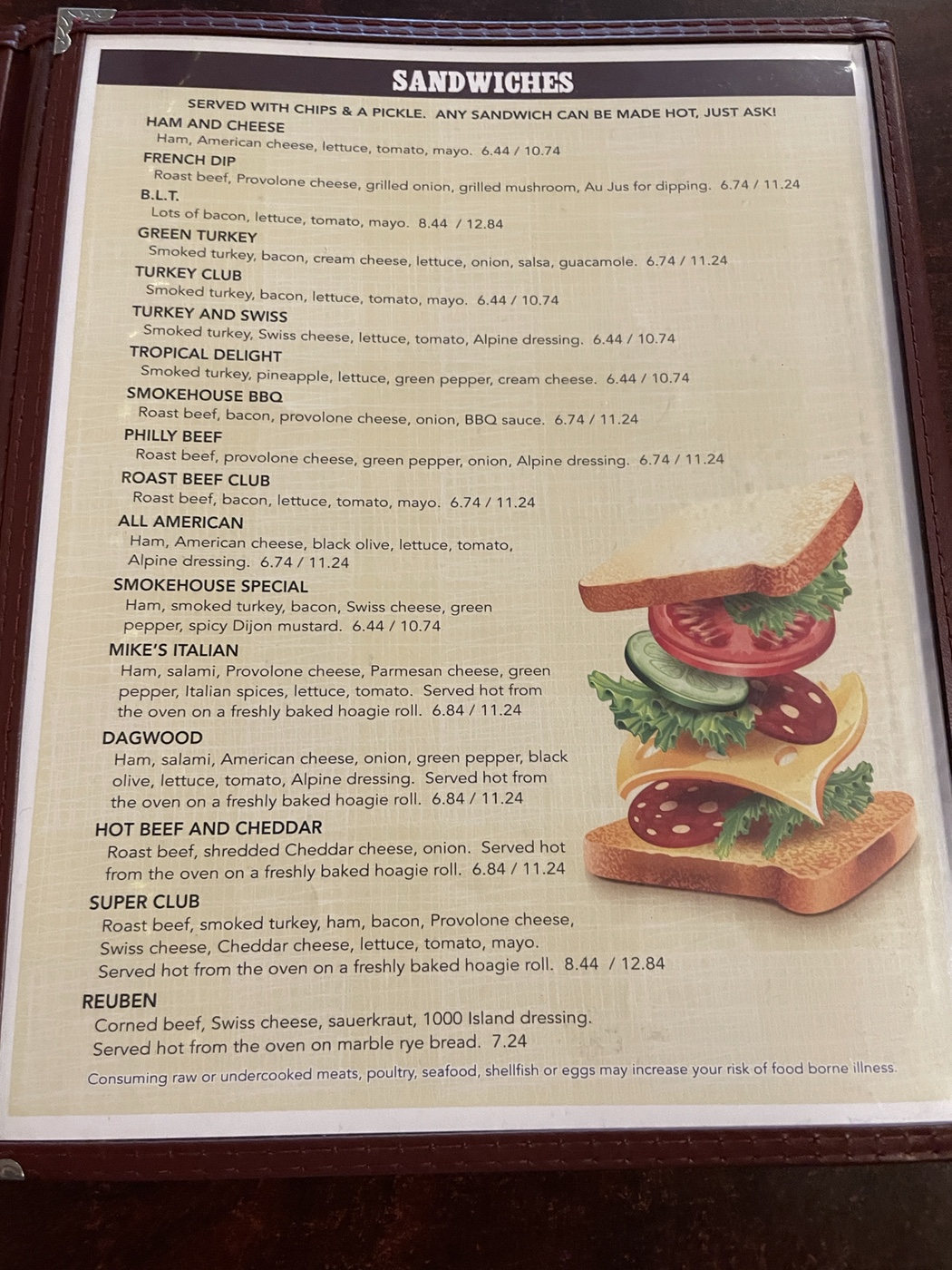 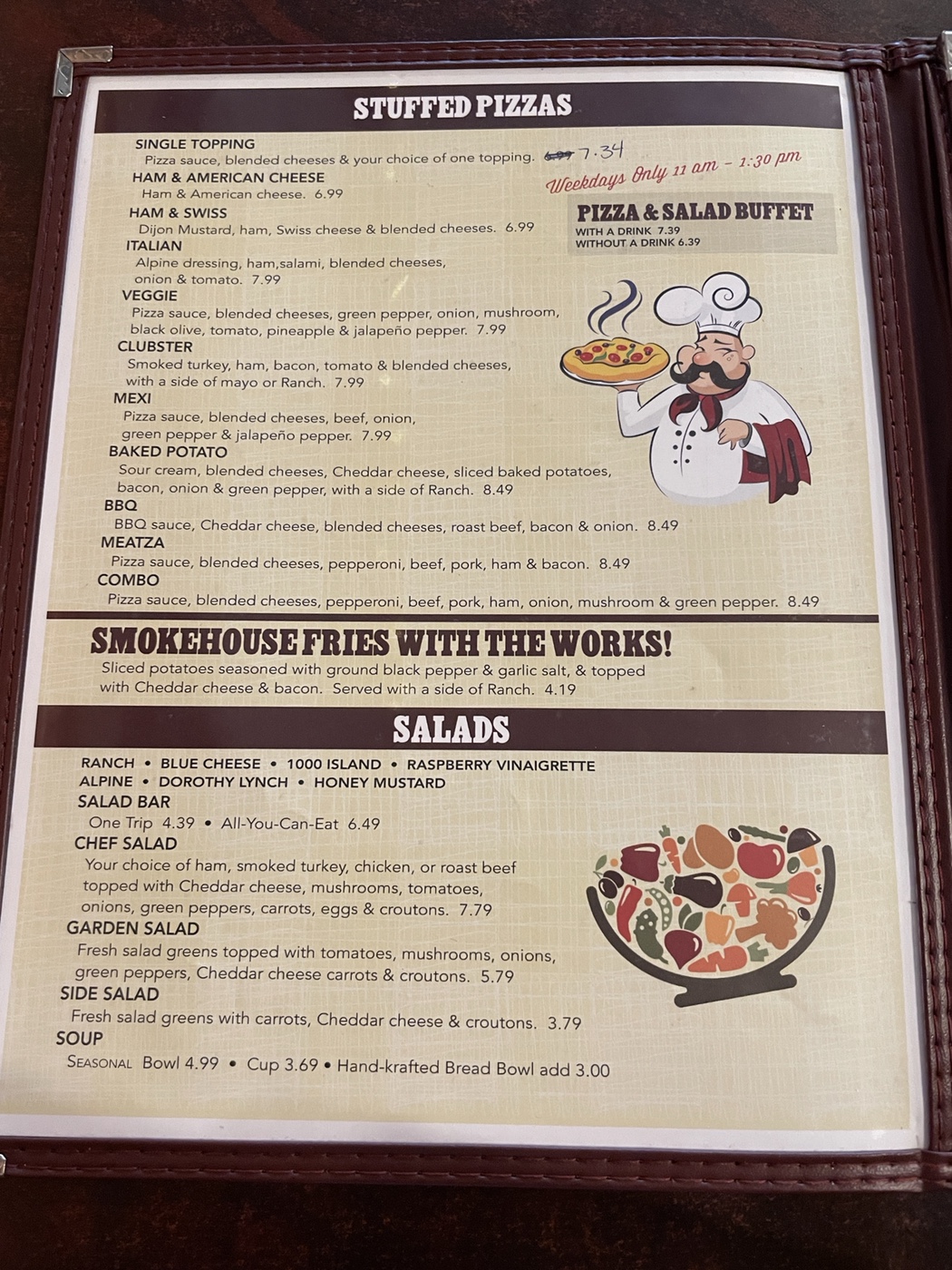 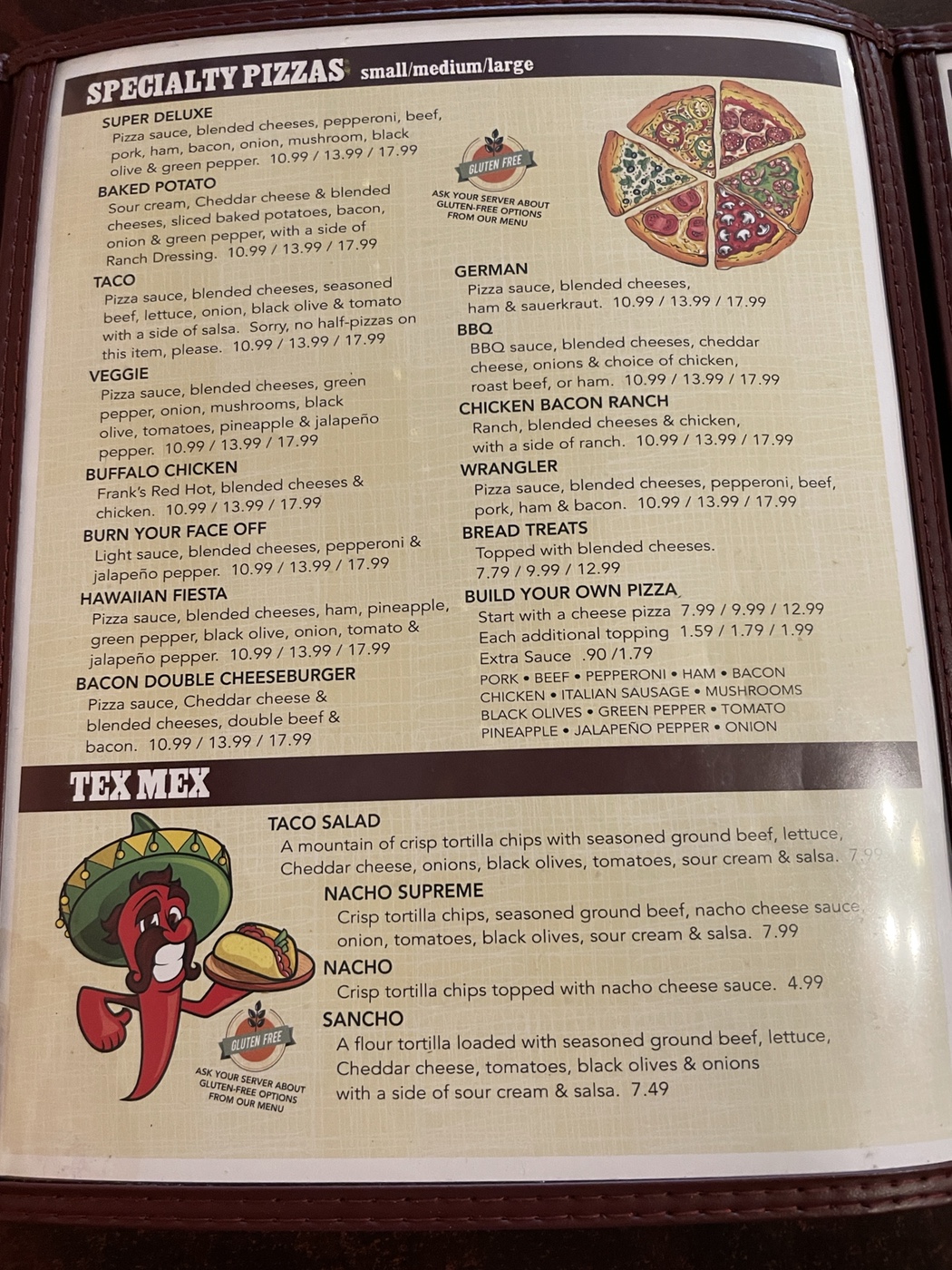 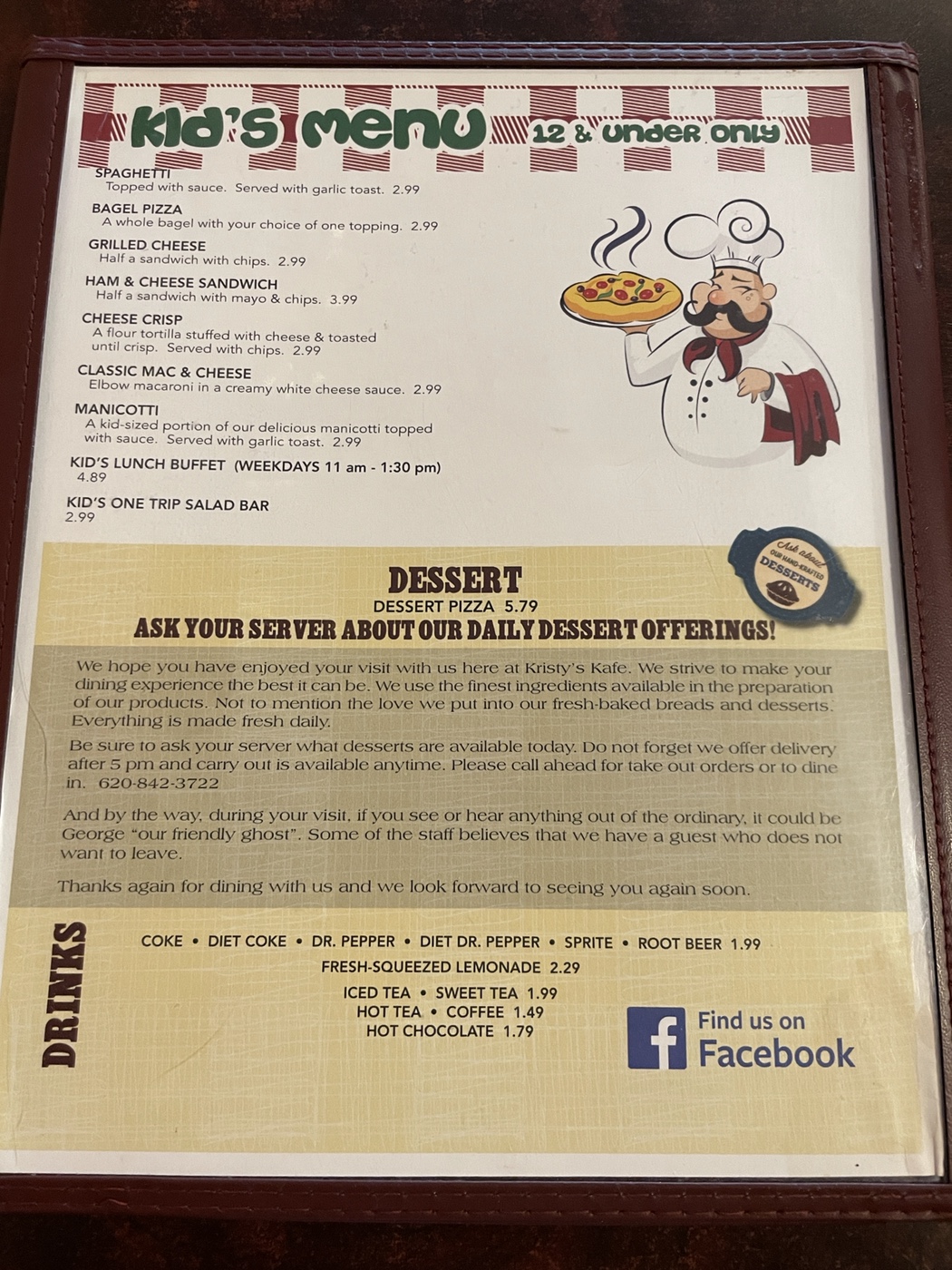