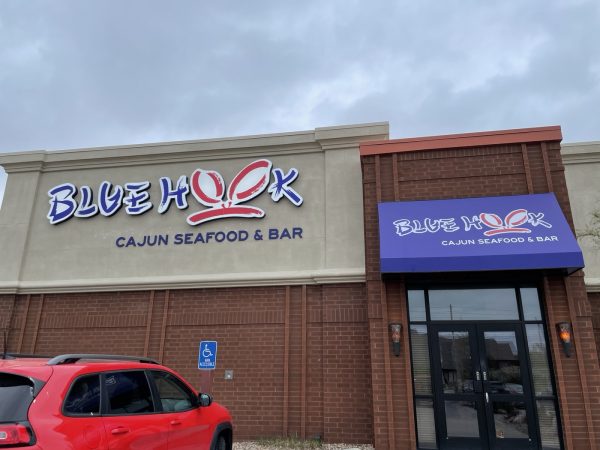 Back in February, Wichita By E.B. was the first to report a new Cajun seafood restaurant was headed to the former Granite City space at 2244 N. Webb Road. Blue Hook Cajun Seafood & Bar opened to the public on Tuesday, April 6. This is owner Billy Wong’s first foray into the Wichita restaurant scene. Wong owns other restaurants, but this is a brand new concept he created for the ICT.

It should also be noted, Blue Hook Cajun Seafood & Bar has no relation to the national chain Red Hook Seafood & Bar.

As you walk in, there’s a little video projected onto the ground of fish swimming. The kids loved dancing on the floor trying to catch the fish with their feet. 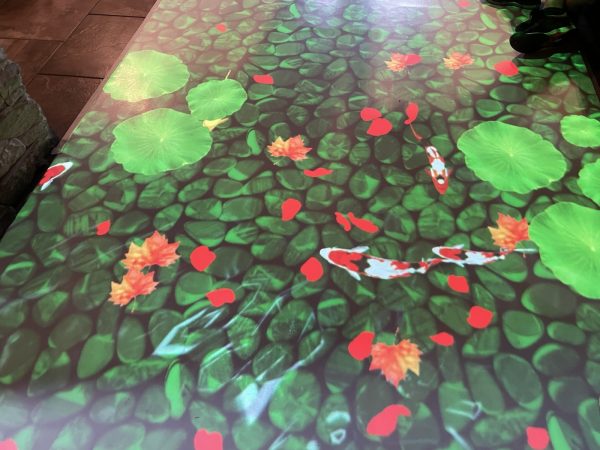 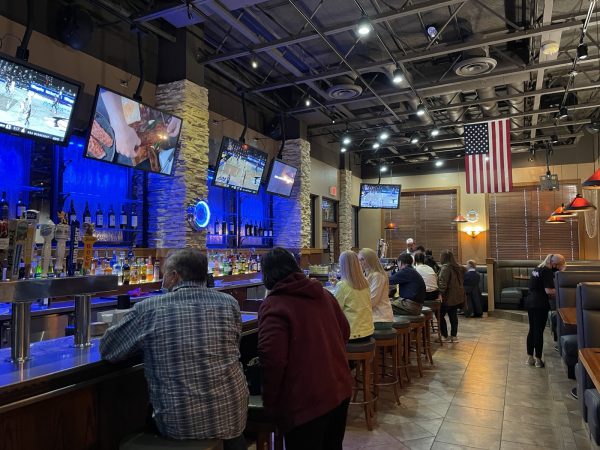 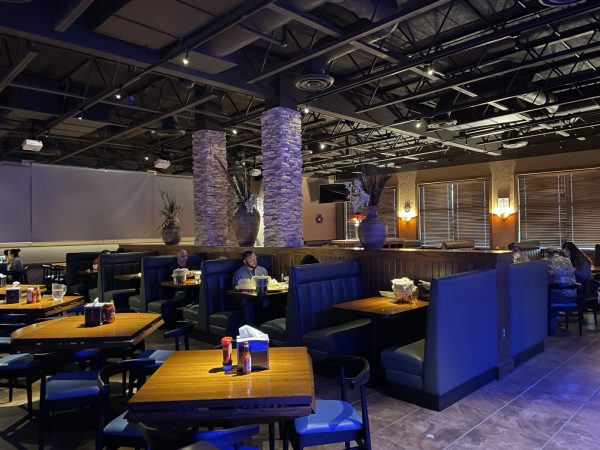 Anytime a new restaurant pops up, I’ll get messages from friends asking to join me on the first visit. This one just so happened to work with our schedules. There were eight of us which gave me a great chance to get some good pictures of what you can expect at Blue Hook Cajun Seafood & Bar.

Let’s start off with the appetizers:

It was a lot of food for the eight of us. I sat at one end of the table and everybody towards my end, including my family, enjoyed their meals.

Since I didn’t necessarily ask for individual opinions from everyone, let’s go with what I had. I went with the seafood meal of lobster, snow crabs and shrimp along with oysters. It was non-stop seafood for me. When ordering the seafood, I had to select a sauce. Blue Hook’s All In was a mixture of all their sauces. I asked for that and had my sauce’s heat level set for medium. It was so flavorful with a minor bit of heat. My snow crabs and lobster had nice big chunks of meat. They weren’t puny at all. You can’t tell from the pictures, but the oysters were huge; very plump with a slight brininess to them. I had all six to myself and should have gone with more. I tried one of the Crab Puff’s and it was just like a wonton but with crab meat. It made me rethink ever having a regular wonton.

Nobody is going to visit Blue Hook strictly for this but I’m going to mention it. My daughter sat next to me and had fries. They were possibly some of the best fries we’ve had at a sit-down restaurant. It was the perfect crispy texture. I believe everyone at the table dug in on my daughter’s fries to the point she was probably wondering, “What the heck!”

We all had a great time. I’m a big advocate for group dinners even though I can’t get everyone’s opinions at the table. But the company is worth it (and of course, grabbing all these pictures). It was still their first week of being open. So, I think they are still working out the kinks and getting processes down, but the staff was very nice and working hard to get everyone taken care of.

I have more family that want to check out Blue Hook immediately so I may be writing a revisited review sooner than later. 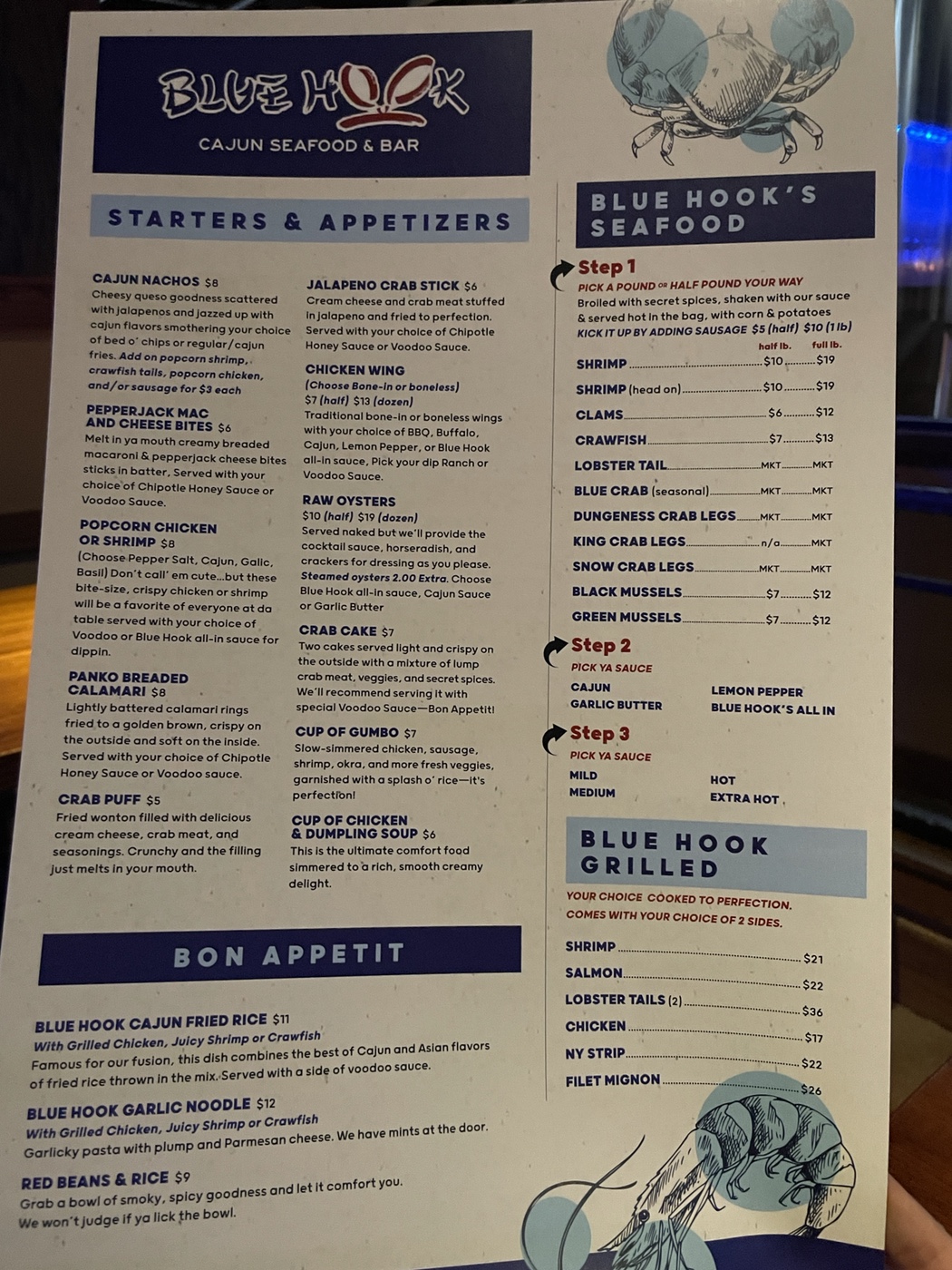 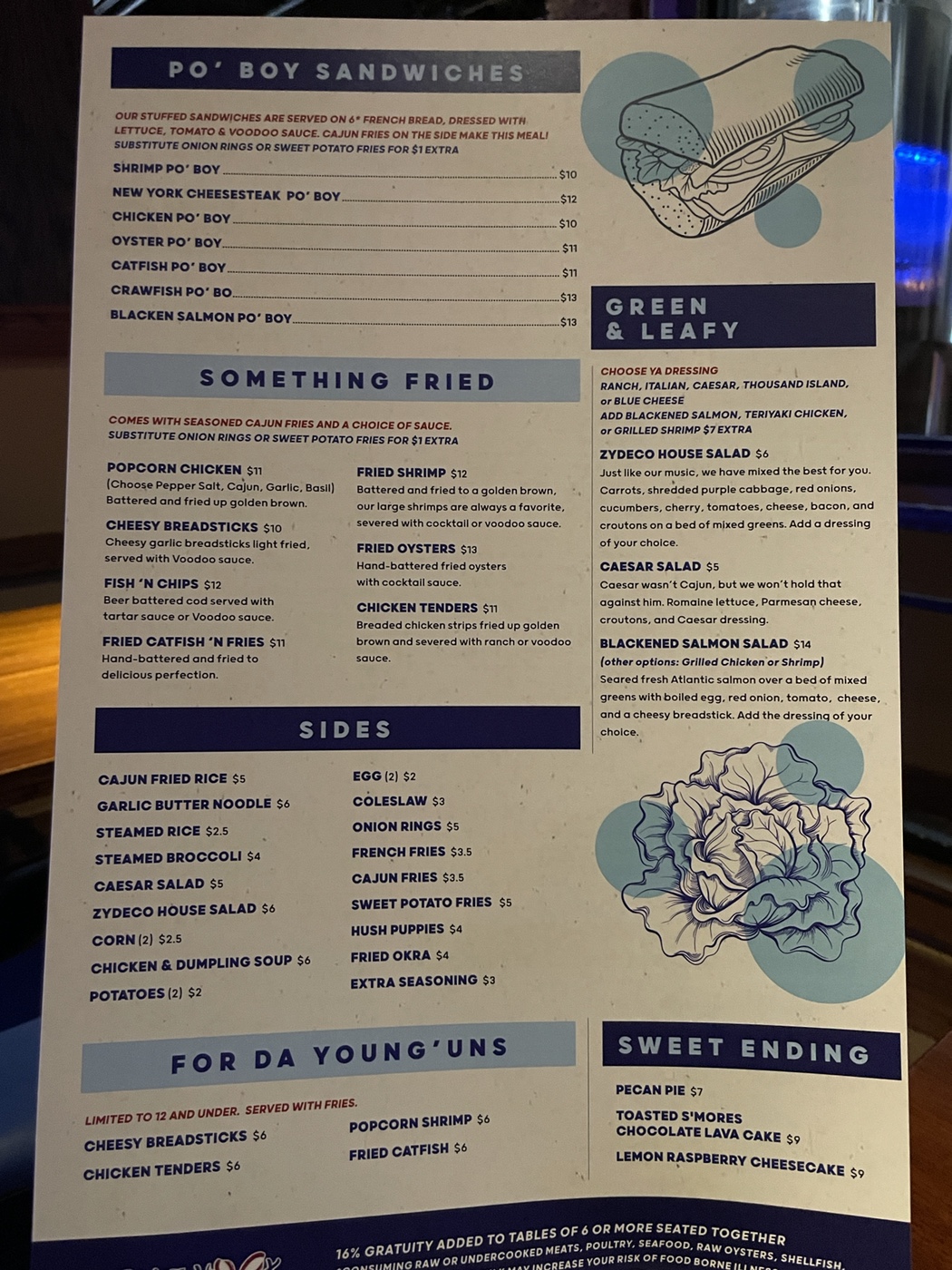 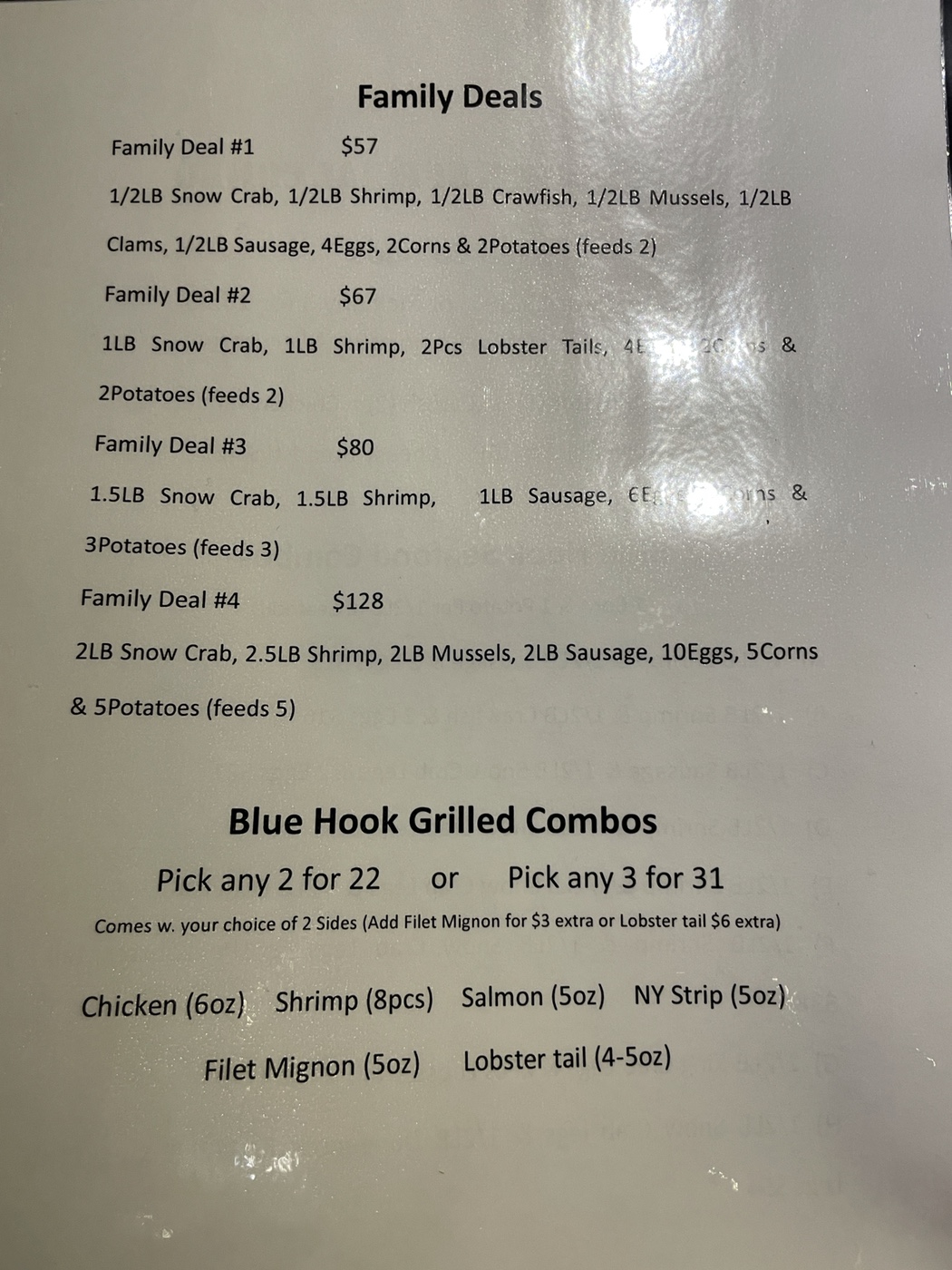 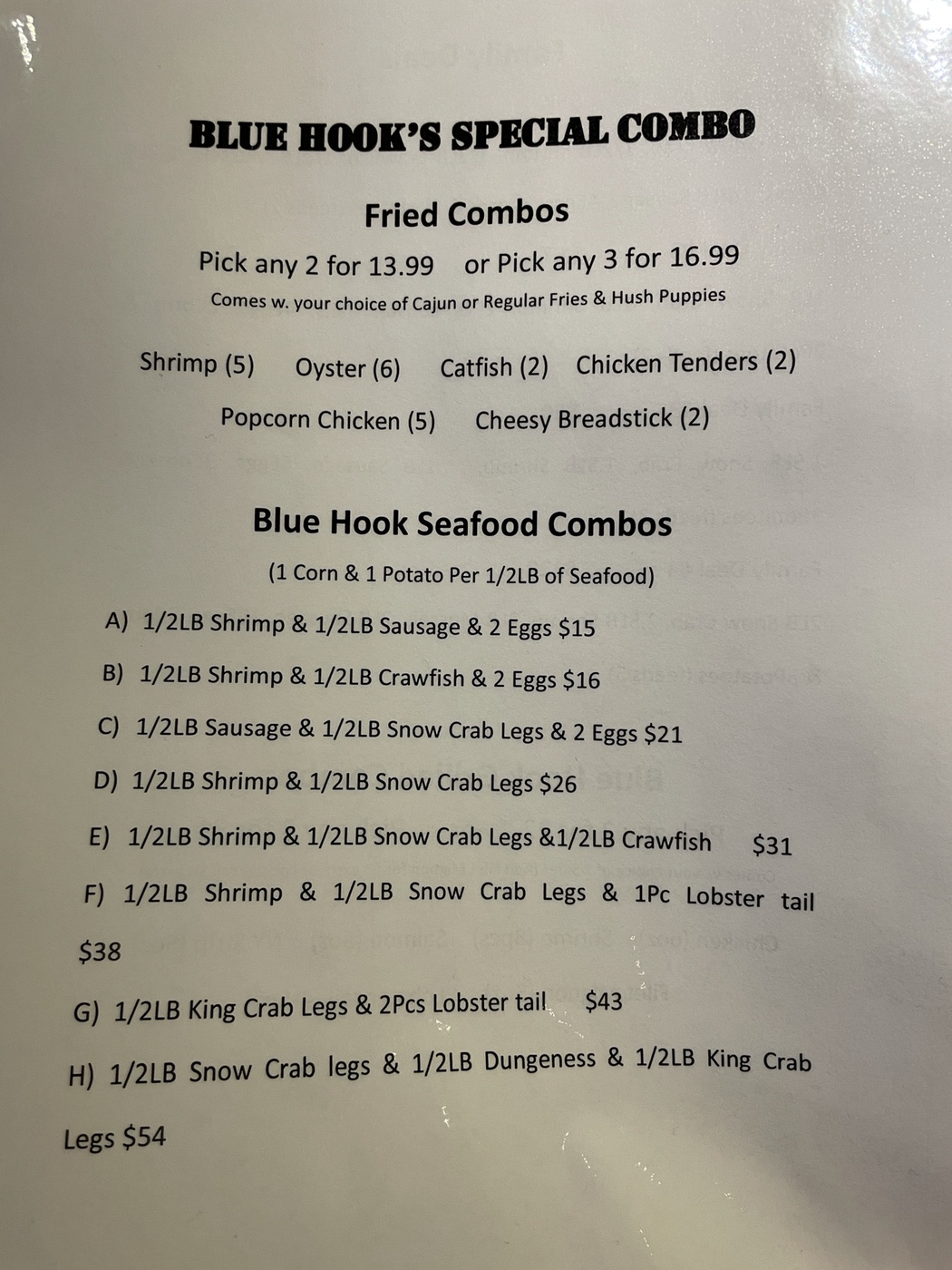