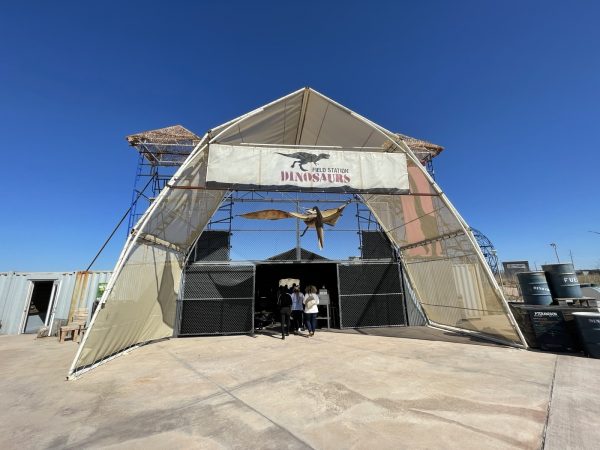 A dinosaur adventure park opened in Derby, KS in 2018, but I had yet to ever stop by. With a little one who loves to be outside on her feet, I thought now would be a great time to finally visit Field Station: Dinosaurs. If you’ve never heard of it, they are a (as their website puts it) a one-of-a-kind, prehistoric experience featuring over 40 life-sized, moving and realistic dinosaurs that’s thrilling, educational and fun! Field Station is located minutes south of Wichita at 2999 N Rock Road. 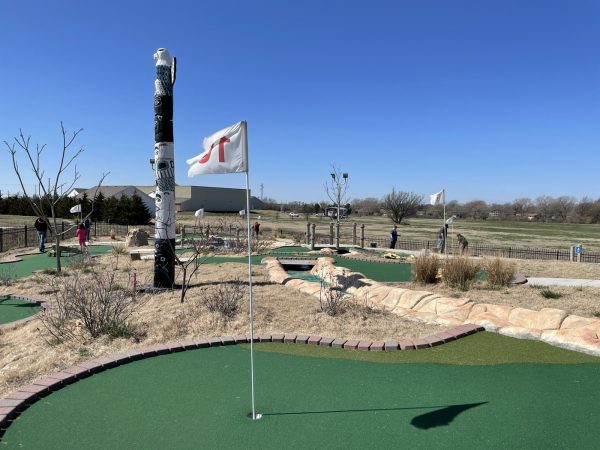 It’s 14-acres big and dedicated to shed light on all things dinosaurs. While the park is slightly out of my daughters target age range for most of its activities, we still tried to take in most of what they had to offer. 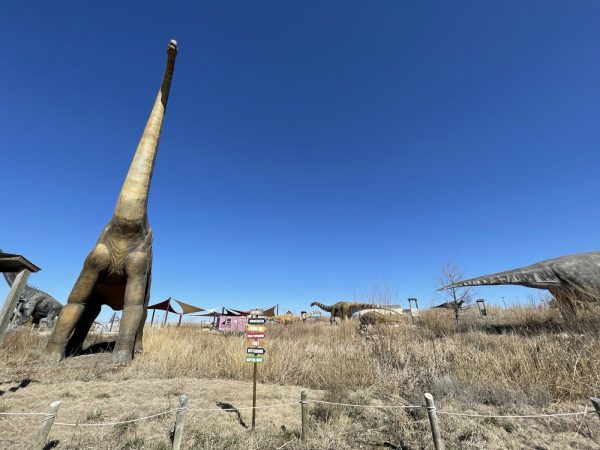 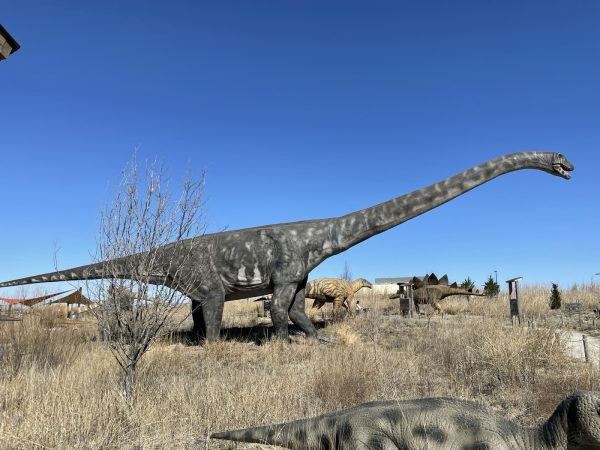 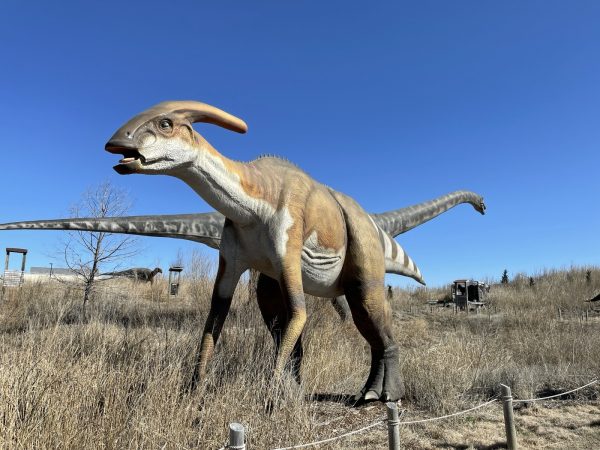 At the start, she was walking along the trails all fine and dandy. That was until she saw one trail that featured multiple dinosaurs which caused her to immediately turn the other way. 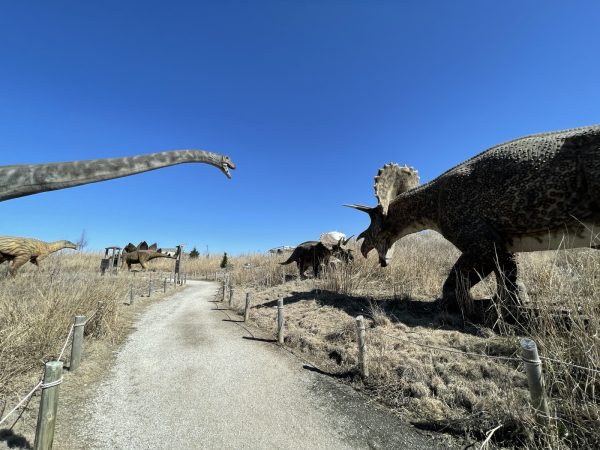 All the dinosaurs had signs to show how to pronounce the name, when it was discovered, where it lived and other fun facts about it.

One question I had, “Is this dinosaur pronounced differently in Arkansas vs. Kansas?” 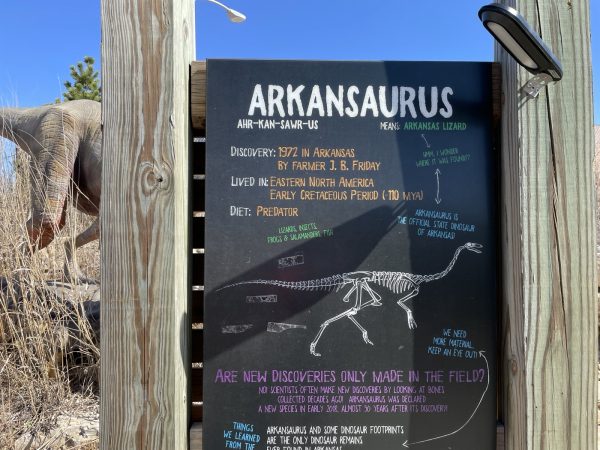 Along the trail, there was a live show going on led by one of their expedition team members. We did not stop by to sit and watch as my daughter had no interest in stopping. She was go… go… go. 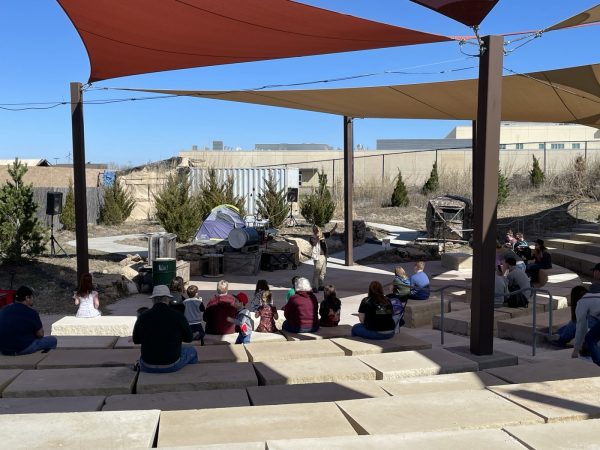 Other activities along the trail included a Raptor Maze that took all of one minute to walk through…. 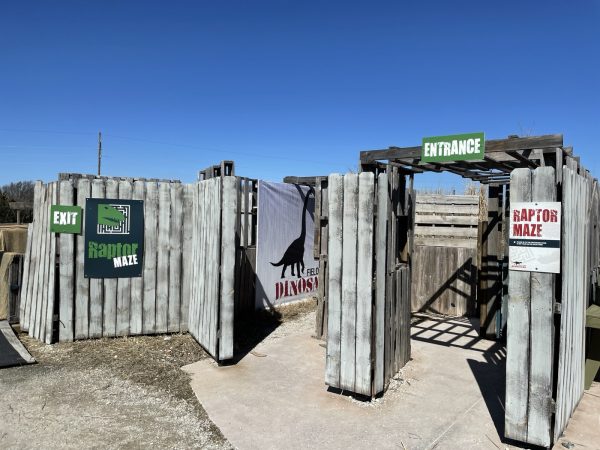 … a Paleo Playground that had a bouncy house, corn hole and some tables and benches… 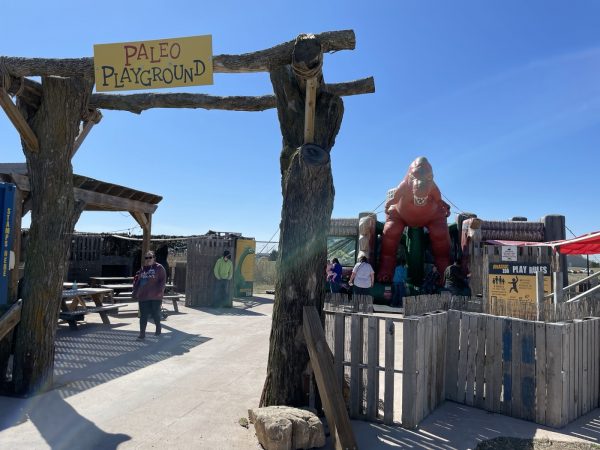 And an area for kids to dig for fossils. 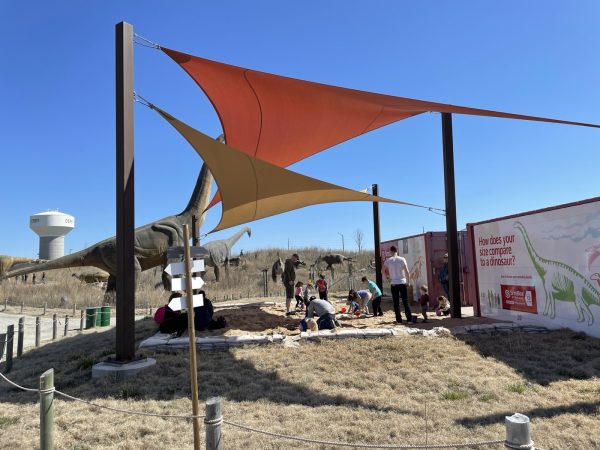 There was a ropes course set within a dome on site but wasn’t open when we stopped by. I’m not sure if it cost extra as the ropes course wasn’t listed in the description for tickets. Their F.A.Q. though mentioned that “the Kansas Climb (Coming Soon) is not available without a Day Pass purchase.” 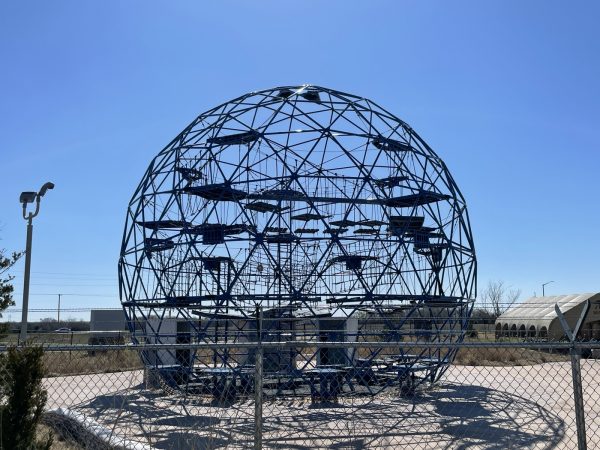 And of course there is a gift shop called Tricera-Shops. I LOVED the name! 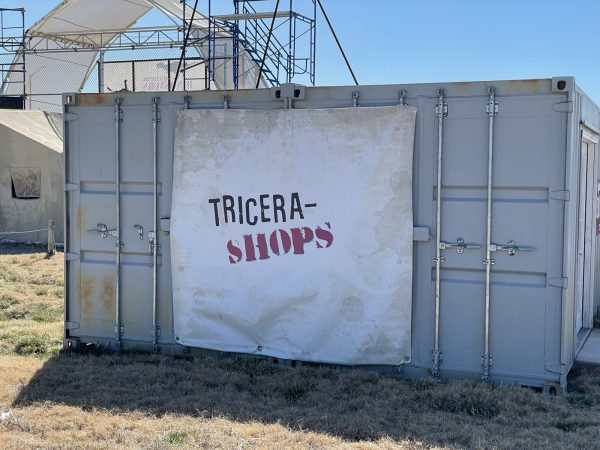 All in all, we were in and out after roughly an hour. Aside from watching the live show, we did nearly everything there was to do.

If I am to be completely honest, I was quite underwhelmed with the park. There just wasn’t much to do there. The hands-on activities were limited in nature and not all that interactive to keep one’s attention for long. It felt somewhat like a glorified walking trail with some animatronic dinosaurs that nodded at you. Maybe part of it was because my daughter wasn’t old enough to truly take it all in but as an adult, this was a park that was good to visit once. The repeat traffic might be a hard sell to some.

Field Stations: Dinosaurs opens to the public on April 10. For more on the park, visit their website or check out their Facebook page.