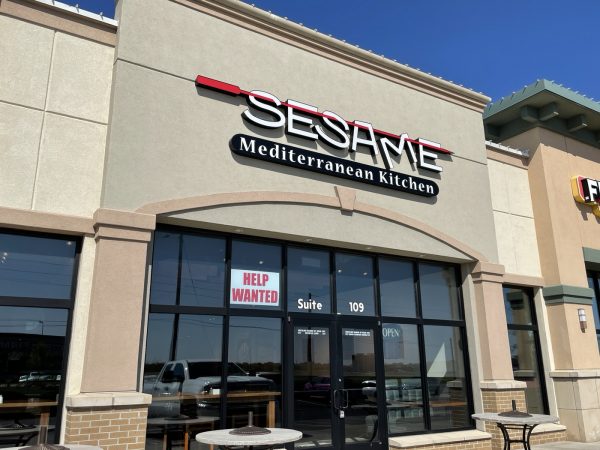 Sesame Mediterranean Kitchen took over the former Pie Five Pizza space at 2755 N. Maize Road. Inside, the restaurant’s use of natural light made it feel warm and inviting. 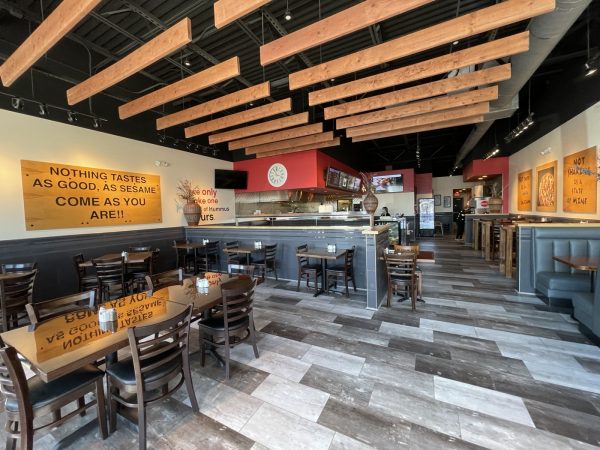 At Sesame, the concept is simple. You walk up to the counter, order your food, and they bring it out to you. 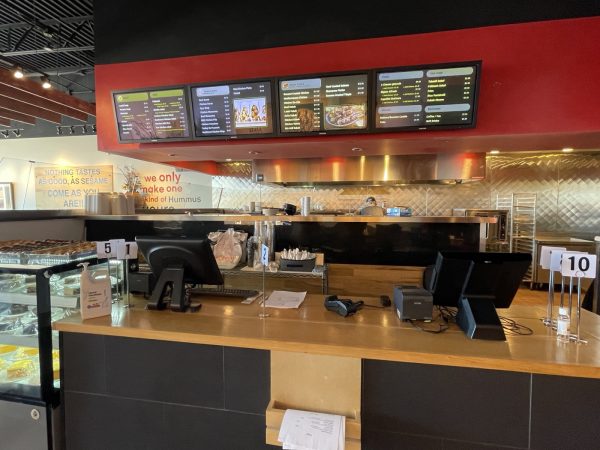 Sesame Mediterranean Kitchen’s menu consists of many traditional favorites like hummus, dolma, salads, wraps, gyros, pastas, kababs and more. We stopped by on opening day and the entire menu wasn’t available to order yet, but we still tried to get a good sampling of what they offered.

Our lunch started with some dolma (or grape leaves). They came out warm and served on some salad. The dolma was filled with rice and seasonings. They were delicious and had a light citrusy aftertaste to them. 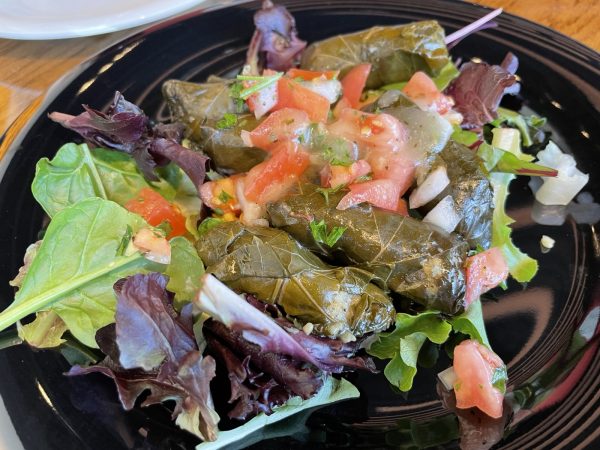 For our main entrées, my brother had the Shawarma Platter which came with thinly sliced Middle Eastern BBQ chicken, tabouli and hummus. I went with the lamb gyro with a side Fattoush salad.

The chicken was beyond so flavorful. It had that tangy BBQ punch followed by a small bit of heat. Sesame had some of the softest pita bread on this side of the Mississippi. Their hummus had a picture-perfect creamy texture with a slight buttery/nutty taste. You can’t go wrong with the pita bread and hummus. The tabouli was a little lackluster. There was plenty of fresh parsley and tomatoes, but it was missing something. Not one flavor really stood out, a splash of olive oil, lemon juice or salt to give it more of that acidic blast could have been a nice tough.

I have zero complaints or negative criticism regarding the gyro or Fattoush. Both were spot on to what I was expecting. The lamb was incredibly tender and mouthwatering. Part of me wanted to go back and order an entire platter of just the lamb and tahini sauce. The side Fattoush salad was a huge portion and very refreshing. Hell, everything was a big portion. I had to box some of it and take it home. 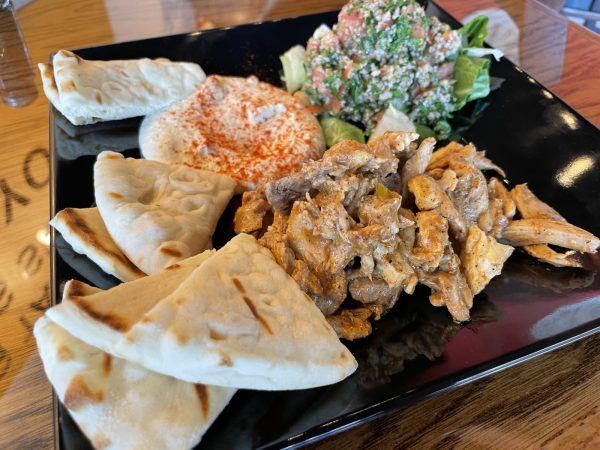 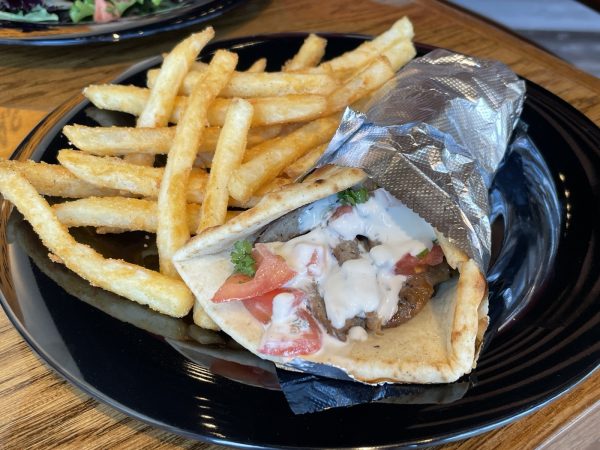 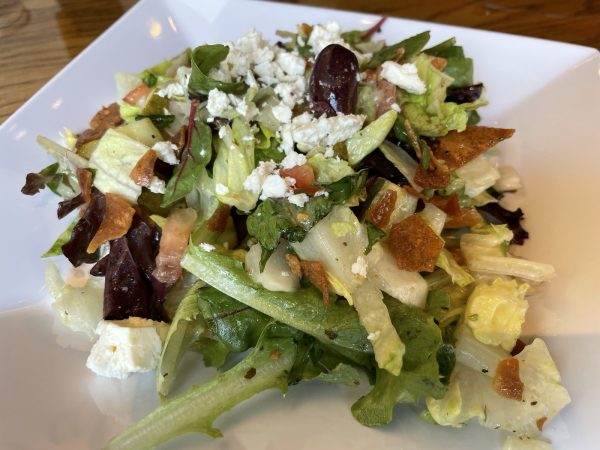 And if you have room for dessert, they have plenty of that. 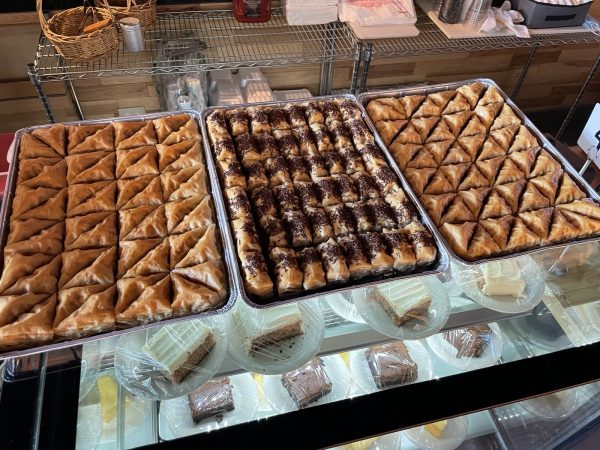 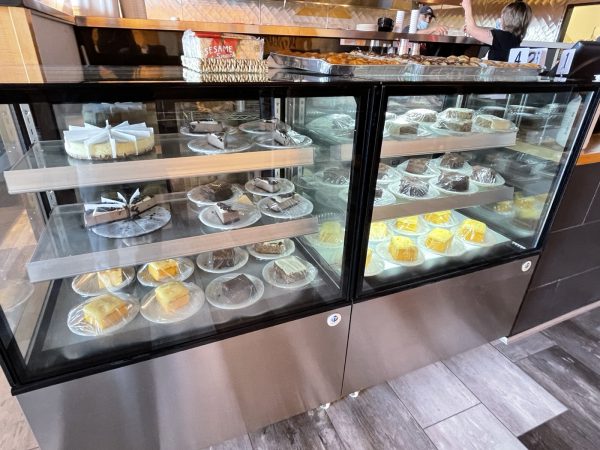 The lady working the counter was extremely nice. Even though it was their first day, nobody seemed flustered. They looked excited to finally open and start feeding diners. As far as fast casual Mediterranean restaurants in town go, this might be the best one yet. 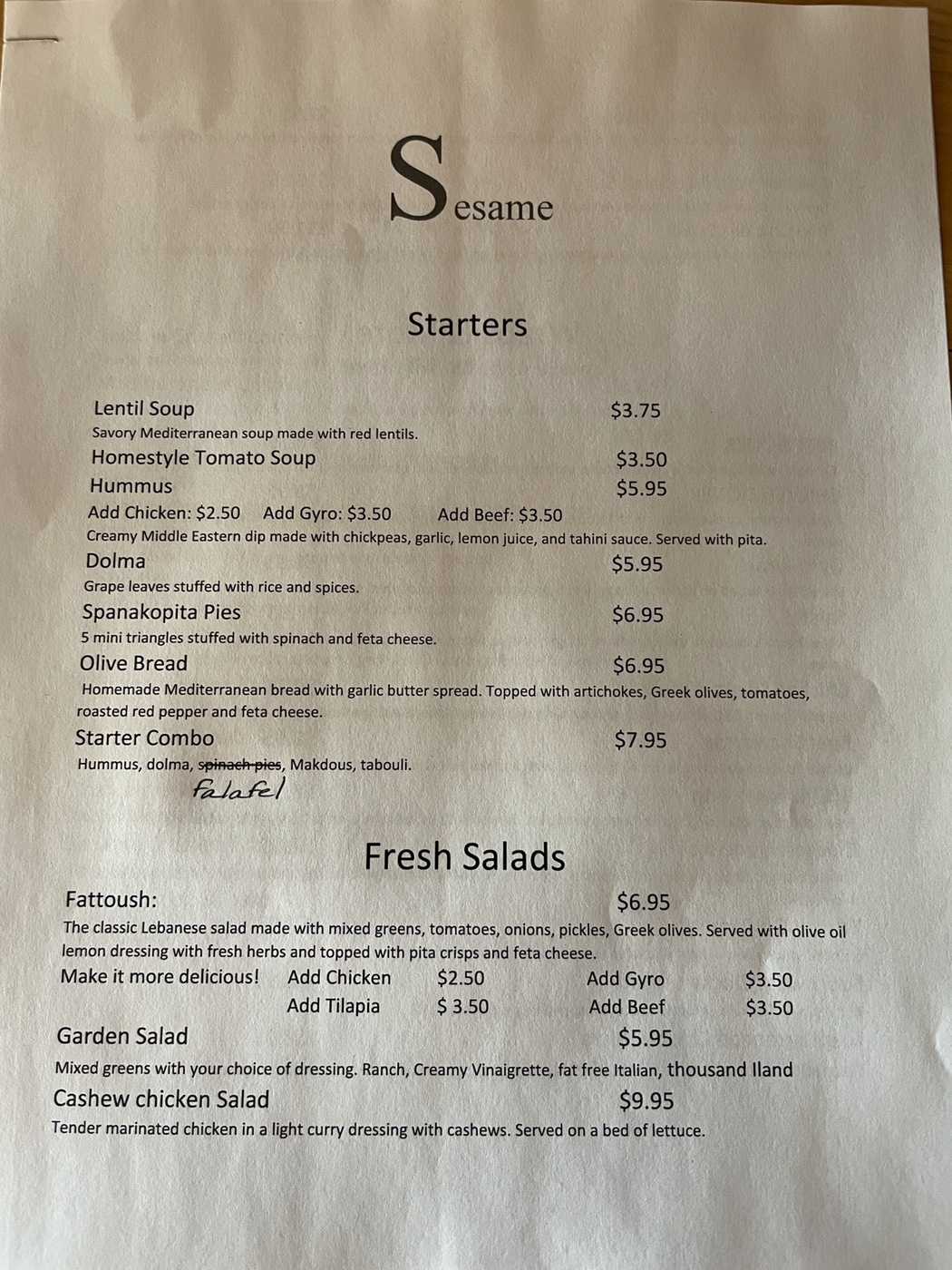 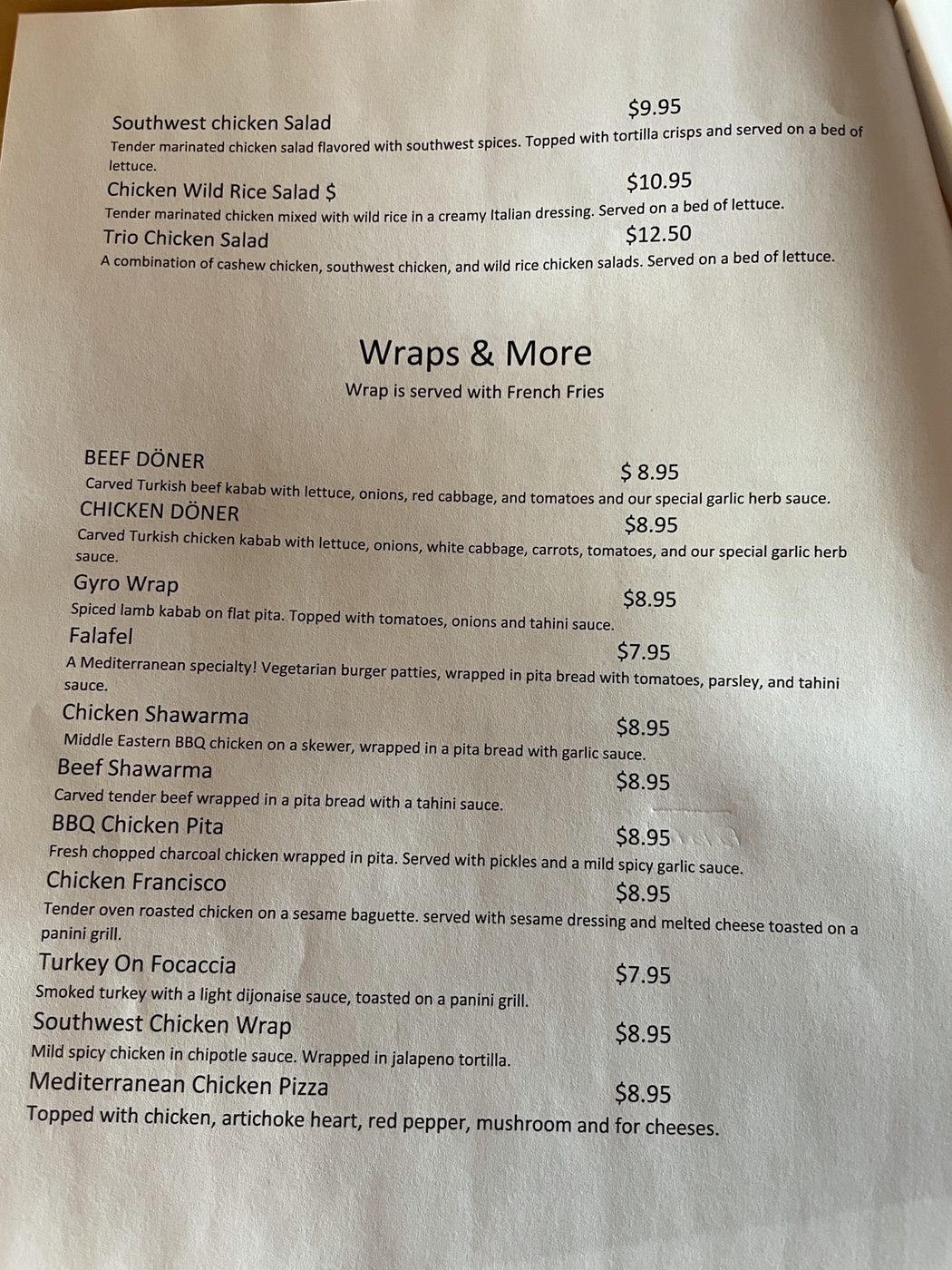 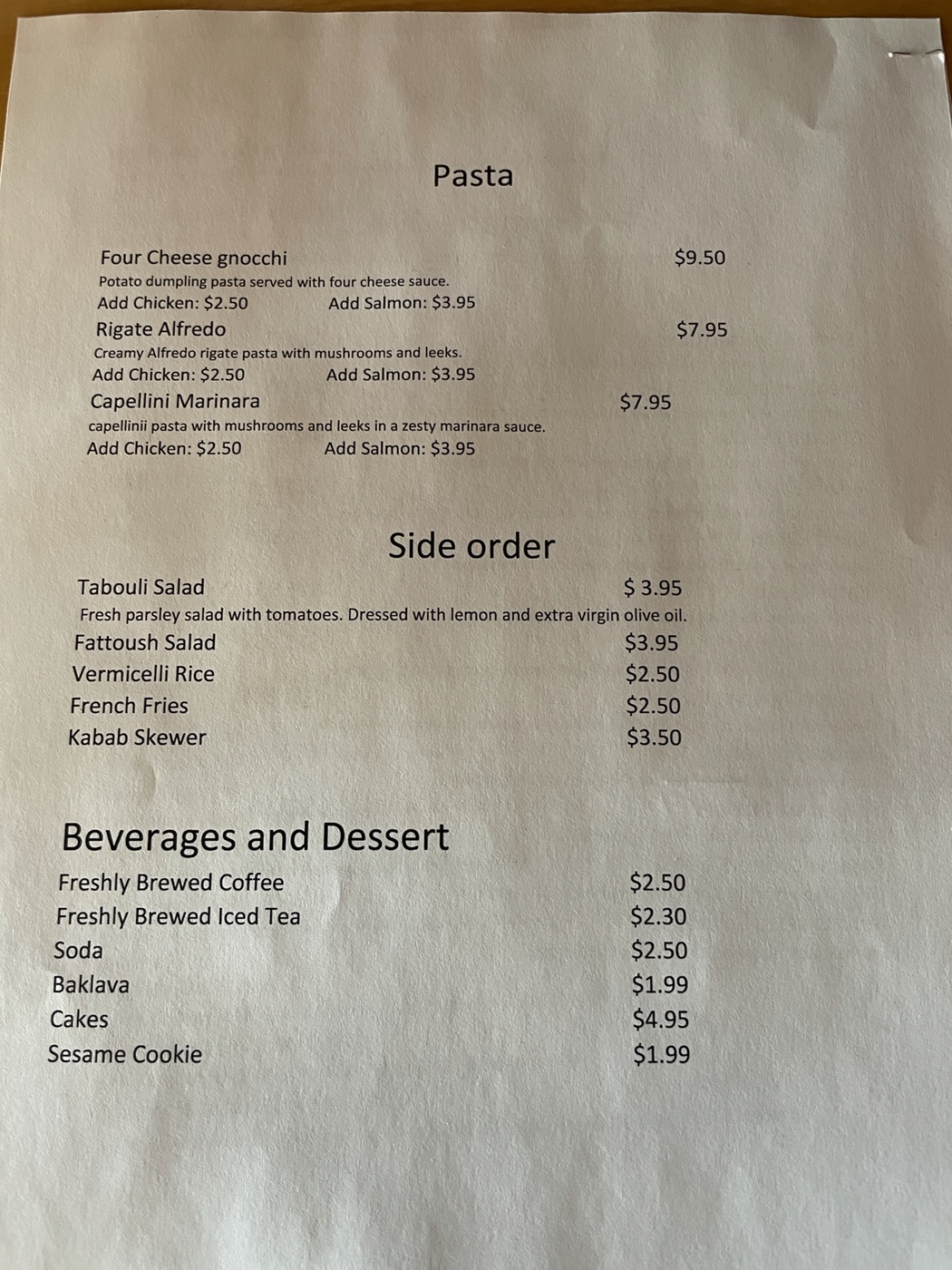 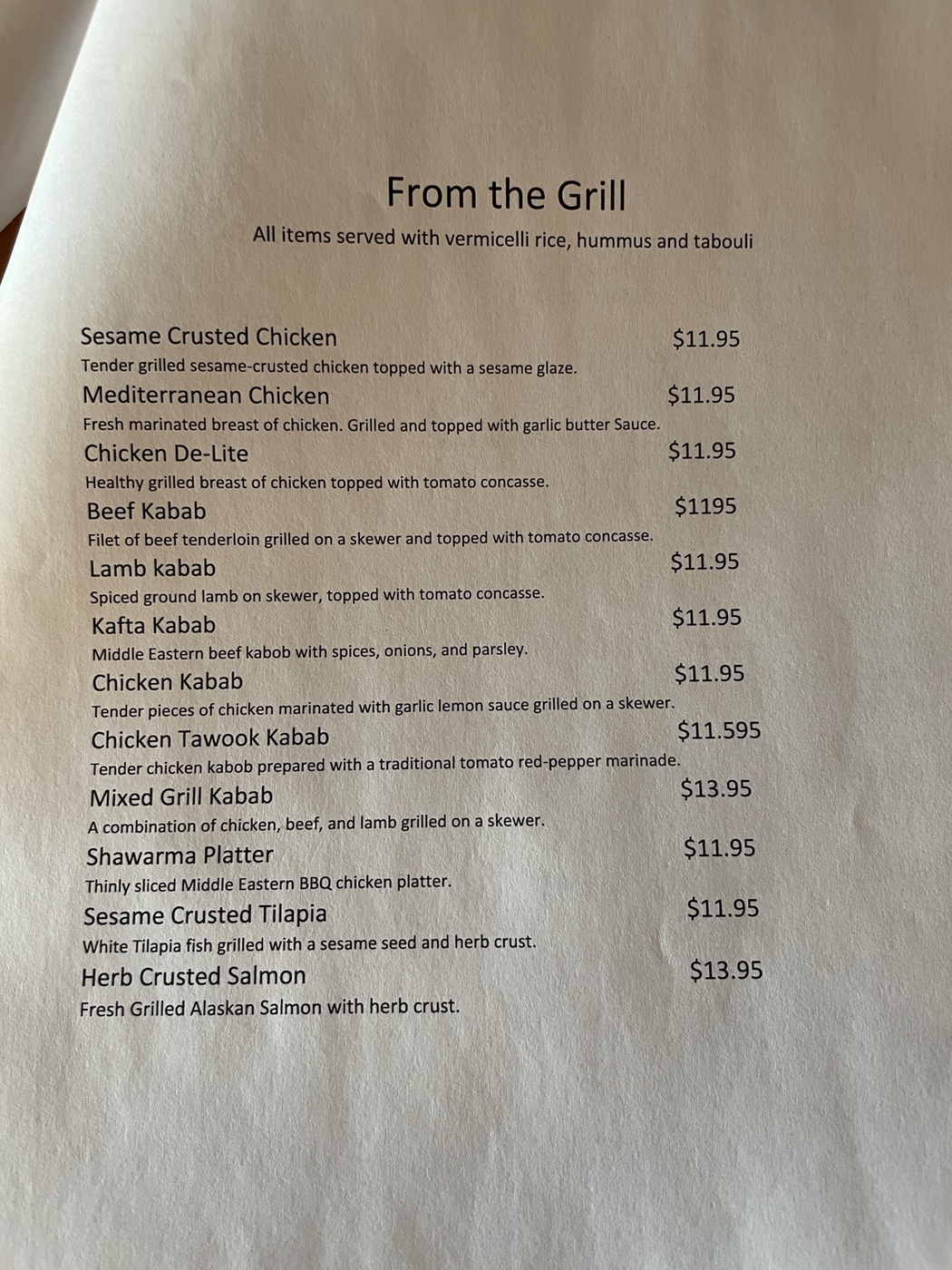