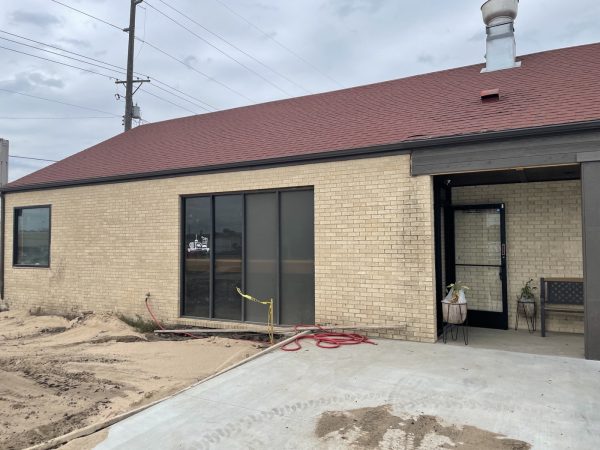 A new Vietnamese pastry shop quietly opened in Wichita called Mi No Bakery. They are still operating under a soft opening pretense with a grand opening scheduled for later in the month. I wanted to stop by to get a first hand look at what you can expect.

As you walked in, there were a couple display cases full of Vietnamese pastries, sandwiches and desserts. 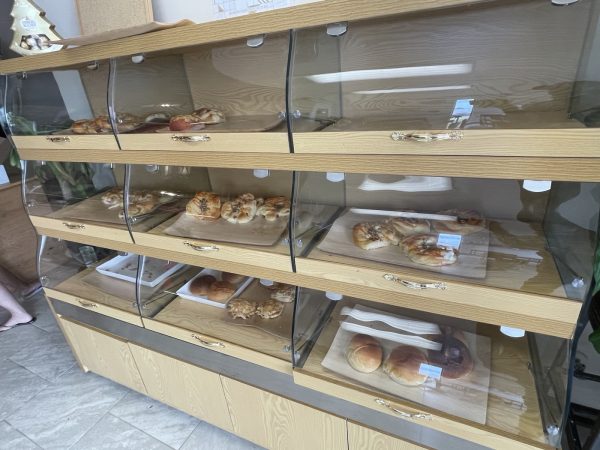 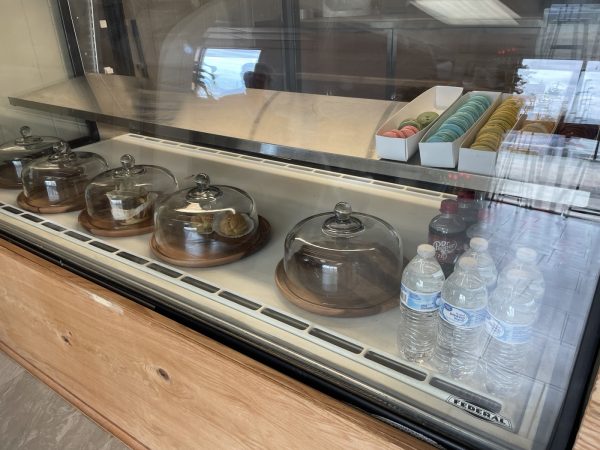 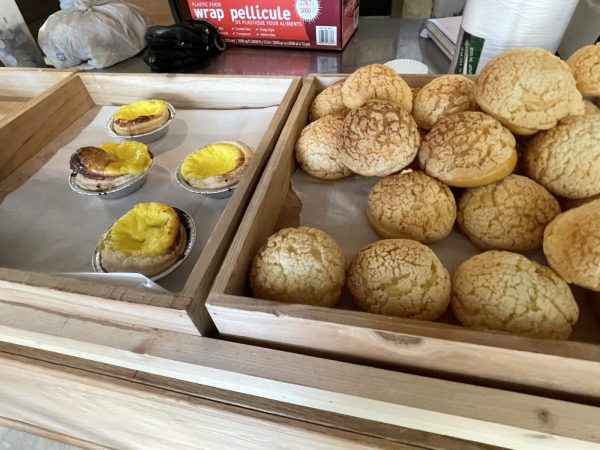 Part of the setup of Mi No Bakery was similar to Juarez Bakery where you’re given a tray and tongs to select what you want.

None of the items were labeled yet, so I had to ask some questions as well as go off memory of what looked familiar from my childhood. They had familiar items like cream puffs, macaroons and egg tarts. Then there were other pastries and items I had to ask for help on like Bánh patê sô which is a savory puff pastry with pate that is more popularly found in bánh mi. There was also Bánh mì chà bông which was another pastry topped with dried beef another one was stuffed with the dried beef. There was another pastry I didn’t grab that was filled with ground beef and a similar one with ham. It was reminiscent of a stuffed croissant. I’m sure I’m either butchering the names or definitions but hopefully the pictures will help: 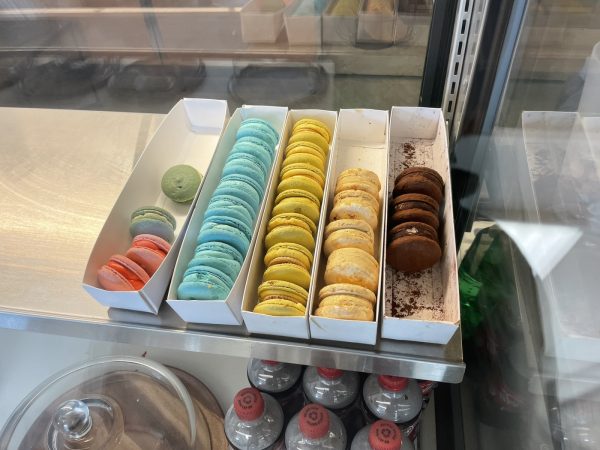 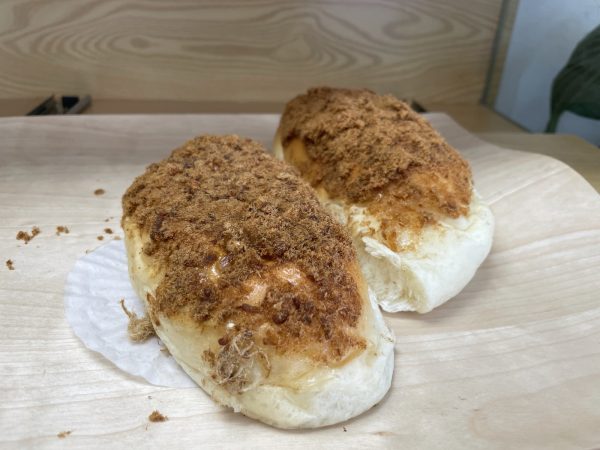 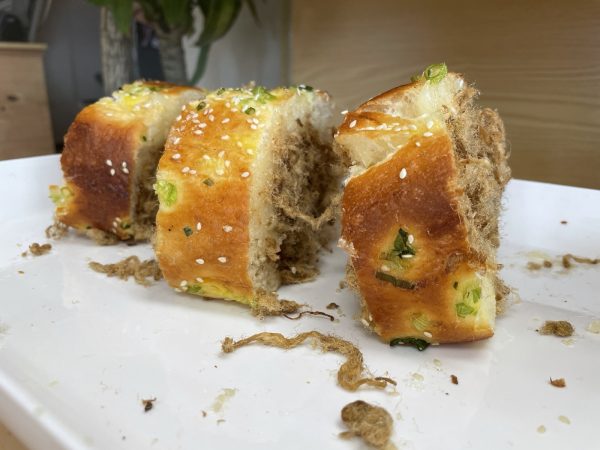 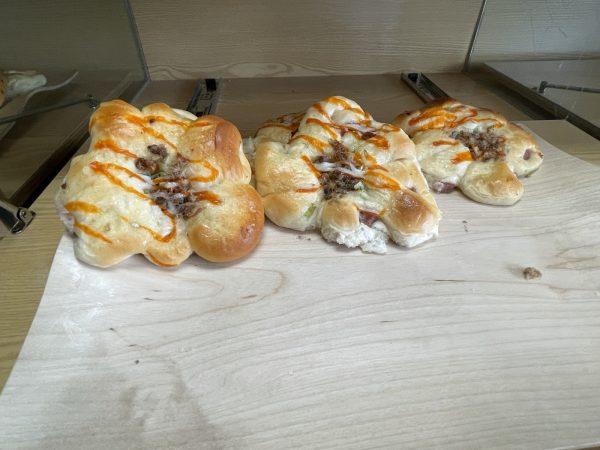 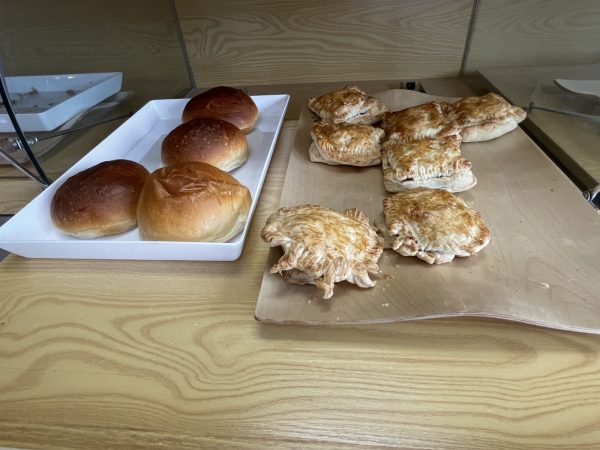 I grabbed a couple cream puffs, Bánh patê sô and an egg tart. They were great. I was a big fan of the cream puffs and the Bánh patê sô. I’m hoping once they get acclimated and going, they’ll have a menu of sorts with the names of each item and what it consists of. It’d be great for those unfamiliar with these Vietnamese treats. 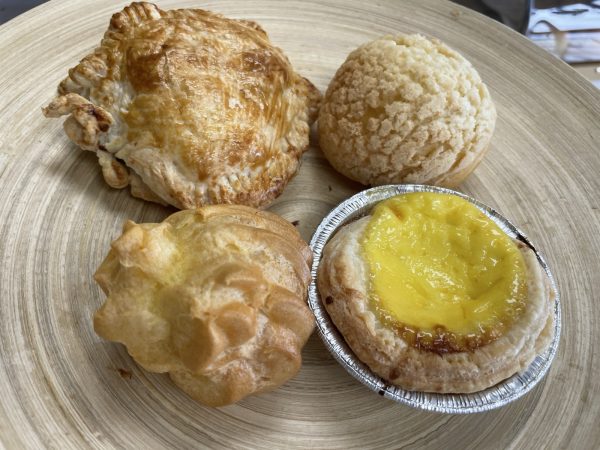 With my mother being a native of Vietnam, taking her to Mi No Bakery is high on my list now, so she can educate me more on all the goodies available. Stay tuned for more!