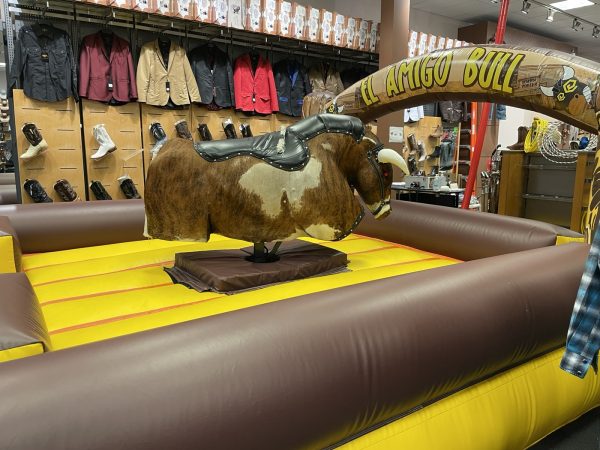 I’ve been on the hunt for different things to do around town and saw one that I don’t think has been covered on other news outlets or blogs. It’s the mechanical bull at El Amigo Western Wear at Towne West Square.

I know what many of you are thinking, “Seriously, you’re going to blog about this?”

The answer is yes. The first time I saw the bull, I knew it was going to be the topic of a blog. I tried to get everybody in my family to ride the bull even asking for it as a gift for my Christmas and birthday present but to no avail.

One afternoon after I had a few drinks (probably more), we had to make a quick pit stop to Towne West. When we walked by the bull, I had a sudden urge to stop by and ask about the mechanical bull.

They told me it was $2 to take a picture on the bull or $5 per ride. The latter seemed like a no-brainer. I said, “Screw it, let’s ride.” 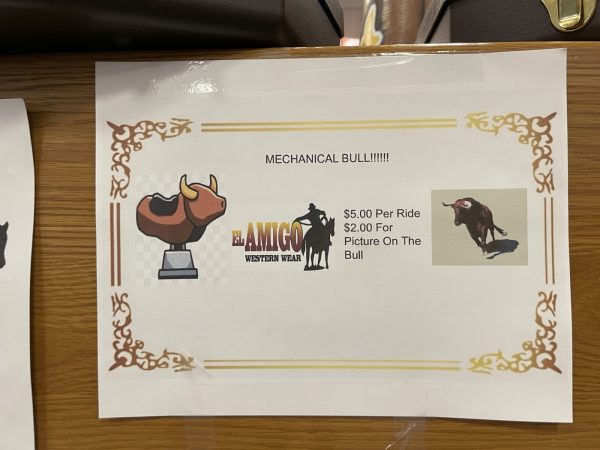 There was video of me taken of me riding the bull, but that will never see the light of day on this blog.

I paid my five dollars, considered buying a cowboy hat to ride, nixed that idea, thought about buying a pearl snap to wear, nixed that idea, and walked on the inflatable bull arena or whatever they want to call it. I hopped on the bull, got myself situated and said the words “yee-haw” to myself three times hoping someone like Beetlejuice would come out to save me.

The operator started the bull and I started to spin in circles slowly. There was a rope to hang on to which I held on tightly with two hands until I was called out on it. I switched to one hand, about lost control and reverted to two hands.

The bull began to go front and back and then started going in circles. It would suddenly stop and switch direction. This happened again and again and again. After a while, the bull moved even faster. Eventually, my body and the alcohol I consumed earlier couldn’t take the constant circles and I fell off.

Would I do it again? Probably not. Will I keep pestering my family to ride the bull? Yes.

If you want to try it yourself, head over to Towne West Square and stop by El Amigo Western Wear.