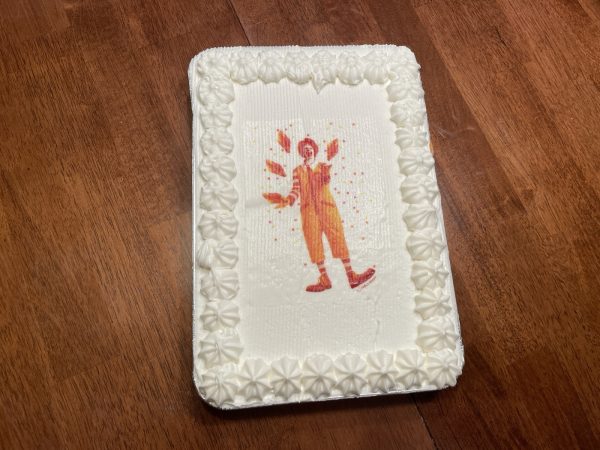 Earlier this year, one of the kids said, “Did you know McDonald’s sells birthday cakes?”

I didn’t believe it but according to many of the TikTok videos she showed me, it appeared to be true. It was one of those “secret menu items” you often read about on the internet. I reached out to Lane Enterprises to see if any Wichita locations sold them and was told they do not.

Come to find out, I should have asked if other cities outside of Wichita did because the Derby location on Rock Road does. I called to confirm and was told they do carry a limited amount on hand.

I dropped everything I was doing to go pick one up at McDonald’s. They carried two different flavors, vanilla and chocolate but only vanilla was left. It was $6.48 which included tax.

I was told they keep the sheet cakes in the freezer so we needed to let it sit out a bit to thaw. 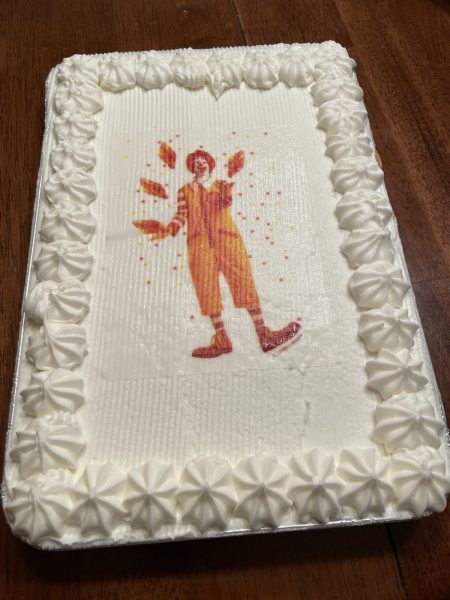 The sheet cake was roughly 12×9 and big enough for our group. It featured a juggling Ronald McDonald that the kids avoided cutting into because they thought it looked cool and wanted to save for their own TikTok videos. 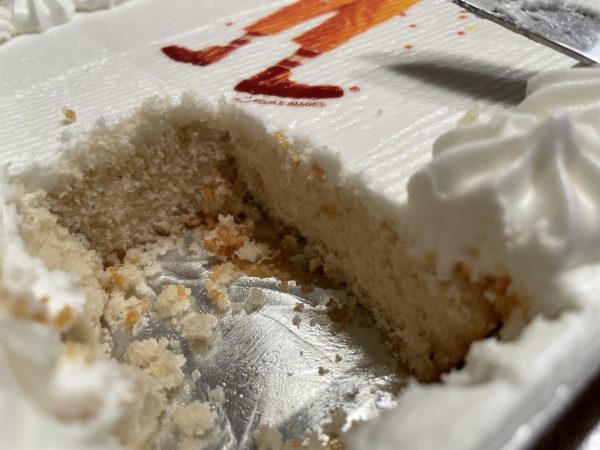 Everybody dove right in and we all agreed on a couple of things. The cake itself was a little on the dry side, but the vanilla frosting was delicious. I’m not much of a frosting guy but was kind of addicted to it all.

At $6, it was an affordable treat for the family and something we may do again, especially if they have the chocolate next time around.