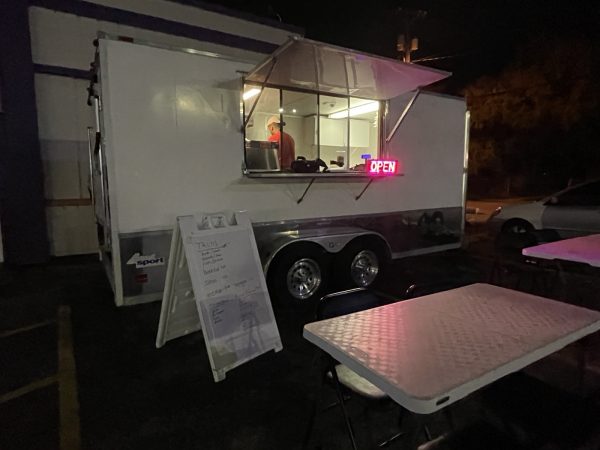 I decided to go for a drive late Saturday night in north Wichita to see what new food trucks were out there. I do this every few months and sometimes come across obscure trucks that popped out of nowhere. That happened again when I found a truck that was celebrating their first day of business at 21st and Arkansas in front of Metro PCS. They were so new they didn’t even have a name yet.

Upon arriving, the truck looked familiar to me. More than a year ago, I saw a food truck sitting in that same spot called Pizzas Locas Y Mas. I asked them about it and it was indeed them. The gentleman working the truck said they intended to call it that, but opted to change their name and were still working on it. Once a new name and menu were ready, pizza would be included. 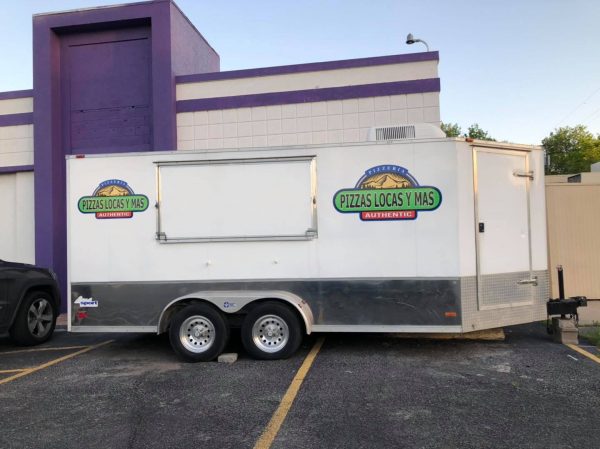 But for the time being, they only had tacos, burritos, hot dogs, and quesadillas on the menu.

I went ahead and ordered one of each taco they had on the menu (asada, al pastor, and pollo) and a hot dog.

The tacos were slightly dry, but the sauces helped quite a bit. The red sauce brought on some intense heat, so that’s something worth asking for if you love hot. Of the three meats, the chicken was my favorite. 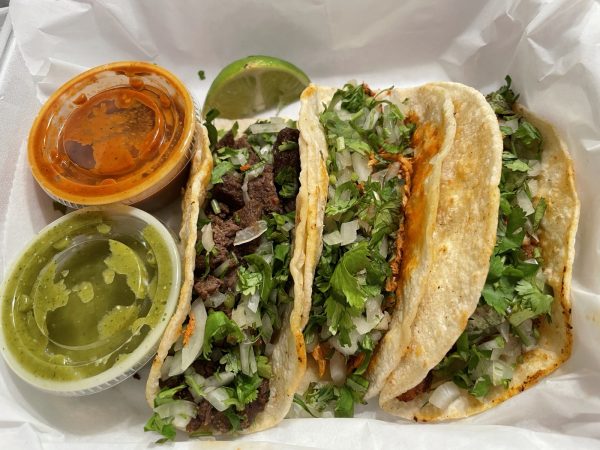 The big winner of the evening though was the hot dog. It was similar to a Sonoran hot dog. Theirs included beans, guacamole, cilantro, bacon, mustard, mayo, ketchup and more. It was one of the most loaded hot dogs I’ve ever seen. At $4, it was a steal of a deal and enough to fill one person up. I was a huge fan and can’t wait to return for another one. 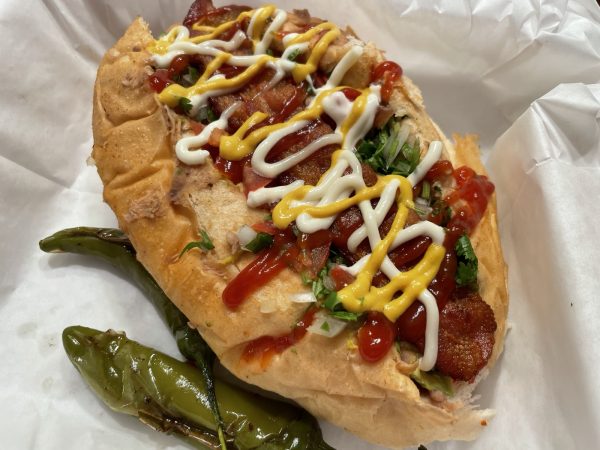 In the coming weeks, they should have a name along with a new menu including pizza and the ability to take credit cards. Once I hear more, I’ll be sure to update the blog. 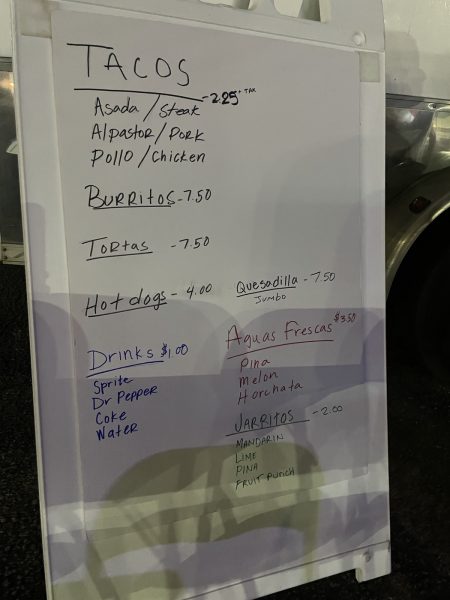