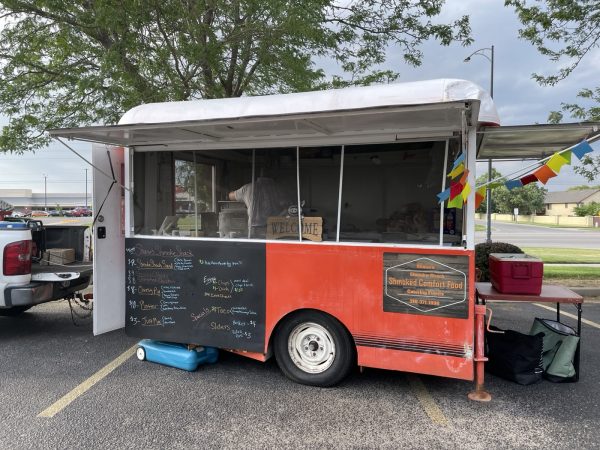 One of the newest additions to the fleet of mobile food trucks, trailers and carts over the past year is Shane’s Shmoke Shack. They’ve been quite hard for me to track down since opening. All of their Facebook posts would always list a location of where they would be, but rarely ever a time. Fortunately, I was out in the area where they were parked one day and finally got in for a review.

They had specials going on that day for tacos and sliders, so I opted for that. I had their brisket slider, a pulled pork slider, and their taco which included smoked pork, pineapple and mango salsa.

It  wasn’t all great. Starting off with the good, the taco was out of this world delicious. The smoked pork was tender, flavorful and their salsa and jalapenos poured over the top gave the taco a blast of refreshing flavors. I could have ordered three of those and been super satisfied. 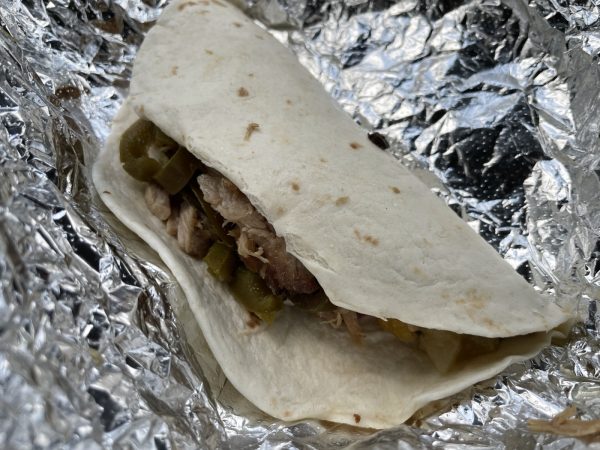 Meanwhile, the sliders were quite a disappointment. I was a big fan of the little buns, but everything else failed to deliver. Both the pulled pork and brisket were hard and tough. The pulled pork wasn’t as bad, but the brisket tasted as if it had been sitting out for a while as it was very dry. 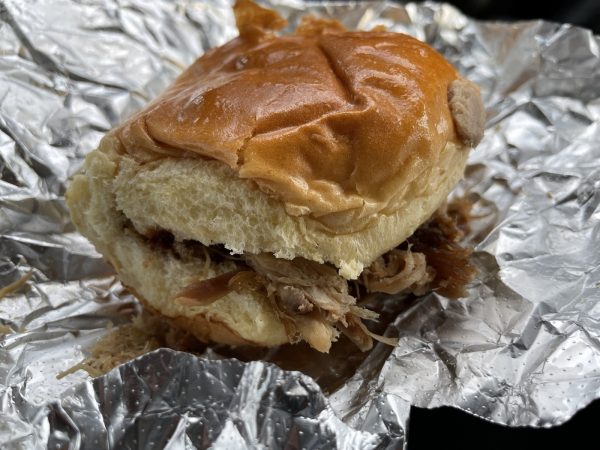 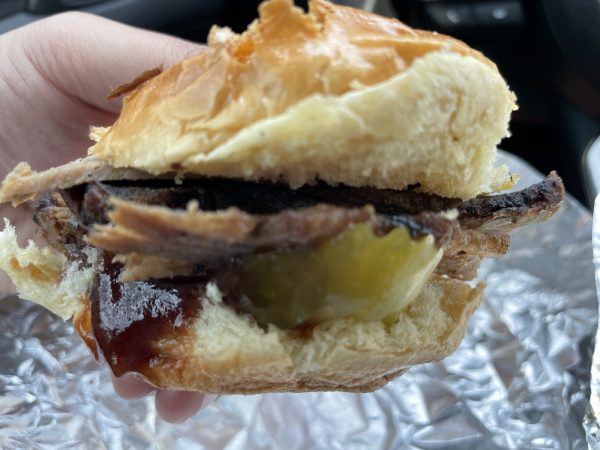 While talking to the owner he told me, I was literally the second customer who had been by all afternoon. I gave him some feedback that perhaps adding the times of when he would be out may help potential customers plan accordingly. He told me that was a good idea and then proceeded to post his next date without any time listed. I give up! 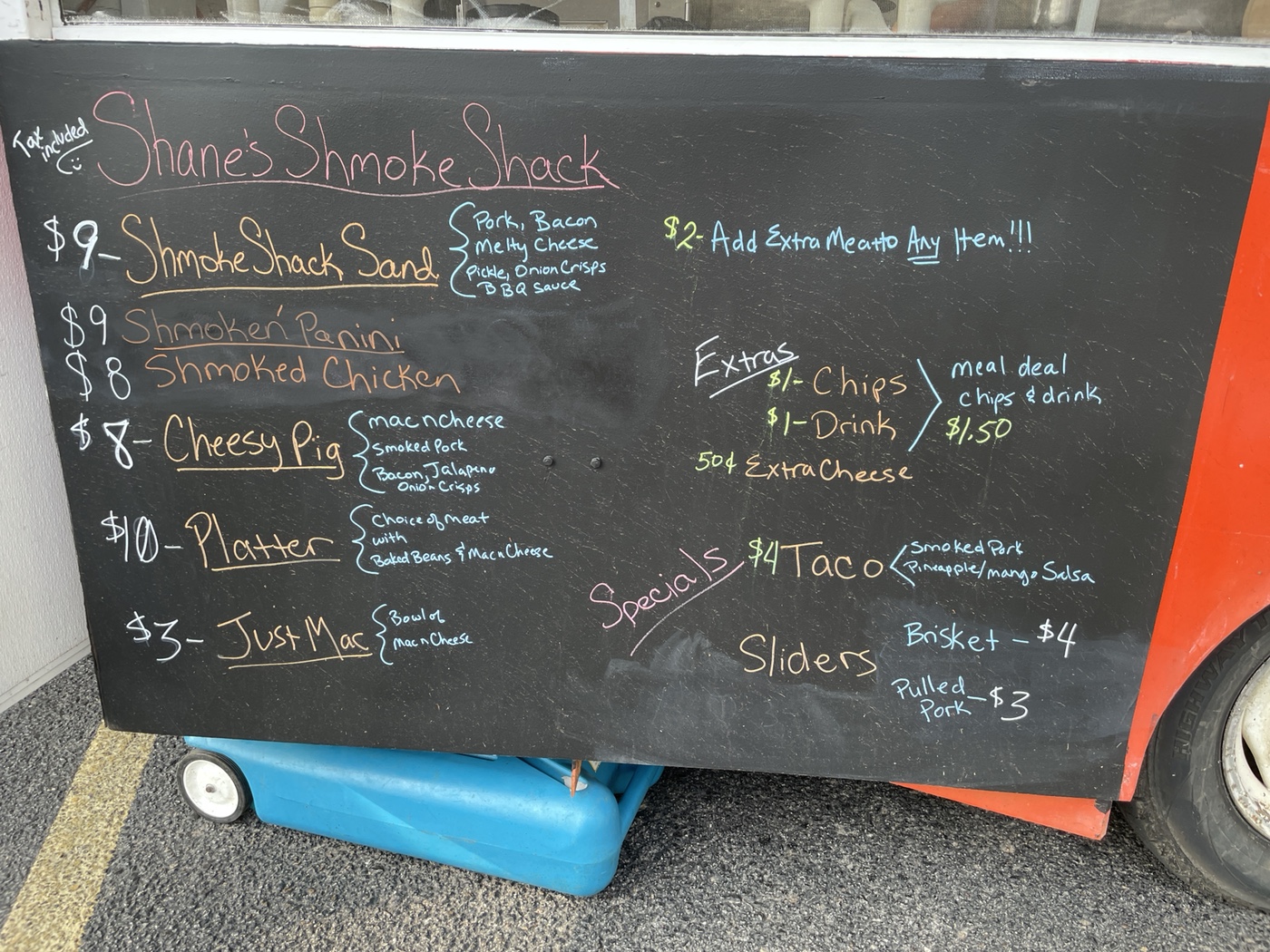